DC Has its own Doctor Doom Lord Havok:

It has been going on for ages. Both DC and Marvel Comics have tried to copy each other’s works. Marvel has done it even better than DC in this aspect. Deadpool is a copy of Deathstroke. Man-Thing is a copy of Swamp Thing. Sentry is a copy of Superman. Marvel even has a Justice League counter-part consisting of heroes resembling Wonder Woman, Superman, Batman, Green Lantern, the Flash and the likes called the Squadron Supreme. But DC is also not far behind. If Marvel Comics is copying DC’s superheroes, DC Comics is doing a terrific job at copying marvel’s Super-Villains. They have already successfully created and featured a supervillain that is a carbon copy of Marvel’s greatest supervillain- Doctor Doom.

Who is Lord Havok? 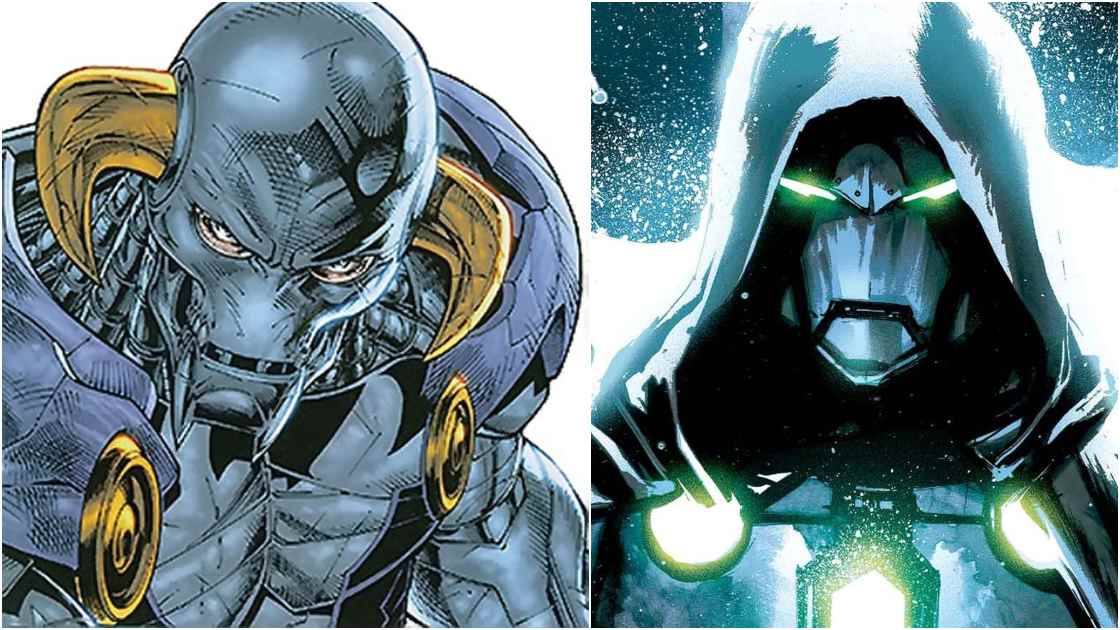 Lord Havok belongs to an alternate reality universe. He made his first debut in Justice League Europe #15 alongside several other villains (who were also pastiches of Marvel Villains by the way). After that, he has made numerous appearances in the mainstream DC Universe Continuity and has become more or less a part of the DC Spectrum as a recurring supervillain. 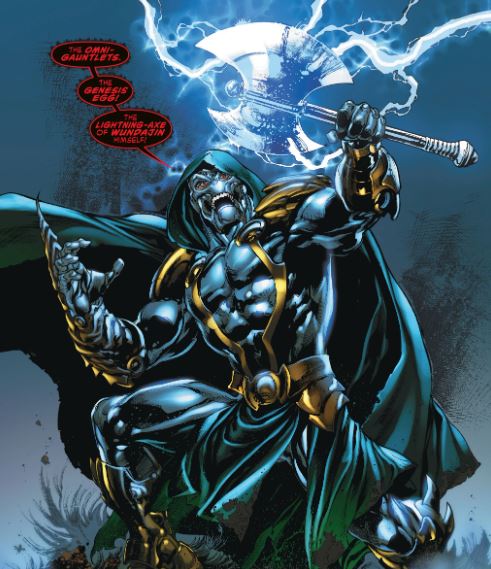 Lord Havok is a megalomaniac and a nihilist. Even though he is clearly an homage to Doctor Doom, he has several distinct characteristics that set him apart from his source. Doctor Doom is ultimately trying to help humanity survive although he is taking the wrong way to prove his point. Lord Havok on the other hand believes that life is a disease and humanity is the culprit. He has made it his life mission to invade and annihilate the United States of Angor, the alternate reality version of the United States of America from a parallel universe. He intends to rule the world with an Iron Fist just like Doctor Doom but his intention is gaining power for him-self – not survival of the human race. 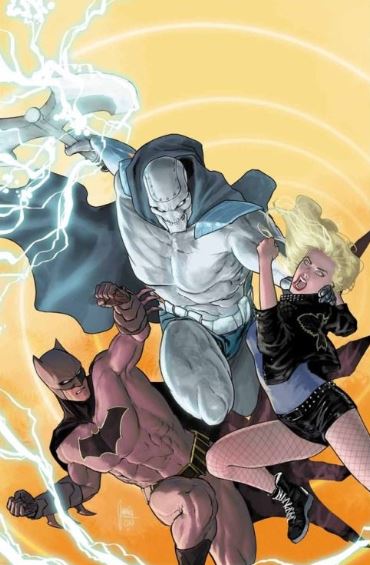 The first known debut of Lord Havok was in Justice League Europe. The version was actually a robot that was imprinted with the thoughts and emotions of Lord Havok’s mind. As a result, it thought and acted in the same way as its creator did. The original Lord Havok had met his demise when he was a part of a supervillain group called the Extremists. The Extremists accidentally started a nuclear holocaust on their world, wiping out all life in the world. The robotic version of the original was so focused and driven by the blinded thoughts of the dead Lord Havok imprinted into the neural network that he thought of himself as the original Lord Havok. The robot was stopped by the actions of Justice League Europe. 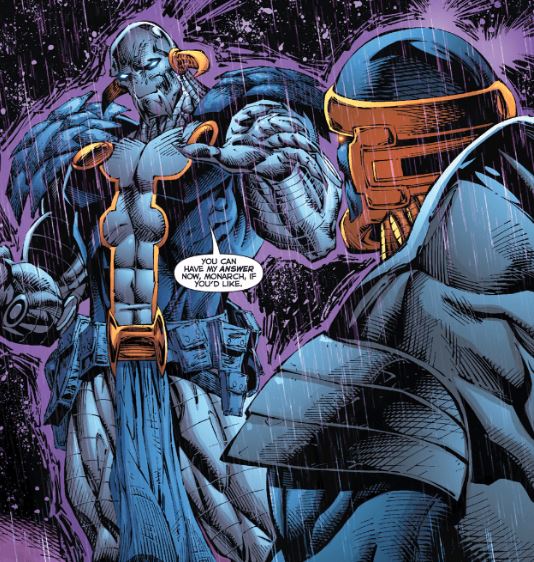 Maxwell Lord would then get his hands on the robot, and with the help of a sentient computer virus called Killg%re, the robot would again go on a rampage. The Justice League defeated the robot Havok yet again and deactivated it for good. Lord Havok later gained a cyborg body and decided it was time to abandon his original identity and programming.

Twilight, a recurring Super Girl Super Villain, would then use the robot to fight Super Girl and Power Girl. Lord Havok would be supported in his efforts by the rest of the members of the original Extremists squad, reactivated by Twilight just for the same purpose. 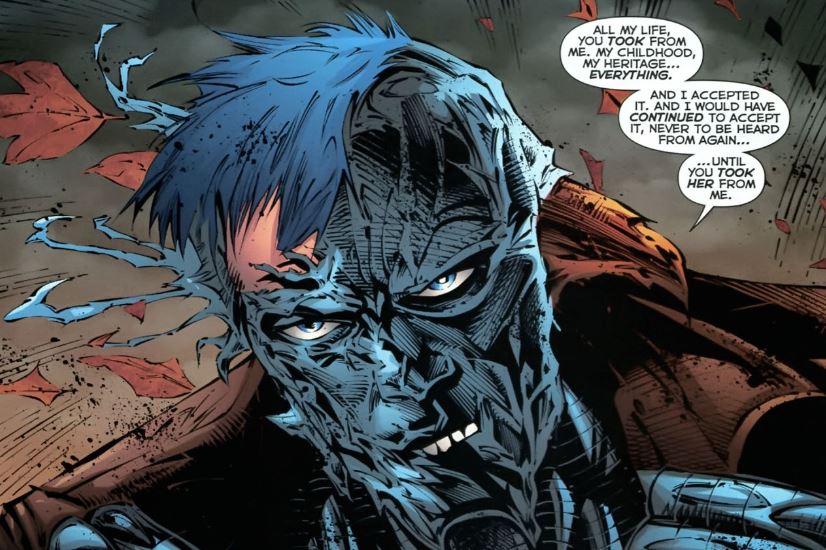 During the events of Multi-Versity, fans saw the return of yet another version of the character. Earth 8 was created as an homage to the official Marvel Comic Book Universe and thus has several heroes and villains resembling original Marvel characters. Lord Havok is established as the most powerful foe of the Retaliators, DC’s very own version of the Avengers of Marvel Comics, and the Future Family – yet another version of Marvel’s Fantastic Four. Lord Havok has managed to get his hands on some of the most powerful artefacts of his reality like Genesis Egg, the Wundajin Axe of Lightning, and the Omni-Gauntlets. 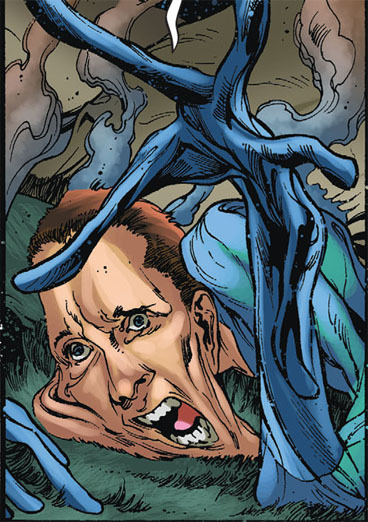 Lord Havok’s nemesis in this timeline is Frank Future. Lord Havok has actually managed to defeat Frank Future as well as the rest of the Future Family Superhero team. Using the super potent artefacts in his possessions, Lord Havok manages to open the Genesis Egg. The Genesis Egg grants a huge power boost to whoever opens it but Lord Havok realizes a little too late that there is a massive trade-off. The limitless power is actually that of the corrupted Monitor Nix Uotan. Lord Havok, unfortunately, sees the faces of the Gentry, a race of beings that live outside the Multi-Verse and are hell-bent on turning the entire cradle of creation into their personal freak show. Lord Havok goes mad with the visions of the Gentry. Blue Jay, DC’s version of Hawkeye in Earth – 8, takes pity on the grieving Lord Havok and gives him a mercy killing by shooting an arrow through his head.

It is already too late though. Earth – 7’s darkness quickly takes hold of Earth – 8. All hell breaks loose as the Gentry prepares for an invasion of another parallel universe. 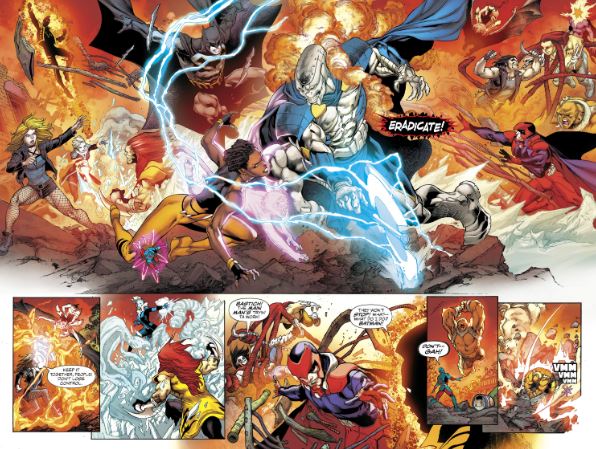 Lord Havok got a new lease of life after DC Rebirth. His original supervillain team where he was a founding member – the Extremists, returned from the dead. Lord Havok was merely a prince of a little known Kingdom called Kravia. After his brother was made King, Alexi was cast out of the castle and forced to fend for himself on the streets. Alexi made a deal with an entity called The Might Beyond the Mirror and in exchange, he got metallic armor that can withstand any attack as well as a plethora of other superpowers. His quest to save the world ended with a massive super villain-super hero war which led to the death of almost all superheroes. Lord Havok claims he has personally murdered many powerful heroes like the Thunderer, the Crusader, and Frank Future. He carries the Thunderer’s ax and Crusader’s shield to battle as war trophies. 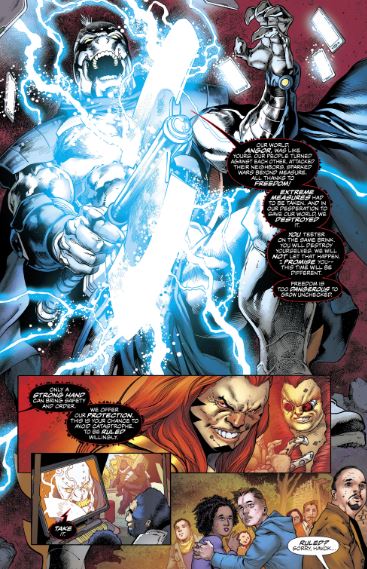 Lord Havok soon decides to expand his empire over to Earth-Prime where he encounters the Justice League. Havok demands total obedience and loyalty in return for his protection. This is obviously unacceptable to the rest of the world. Later, Havok and the Extremists make a home for themselves in the Kingdom of Kravia of Earth-Prime. Batman and the Justice League soon defeat Lord Havok and his men and take the other-worldly conqueror into their custody. Lord Havok escapes with the help of Dream-Slayer, a Godlike Super Villain hailing from Earth 8. 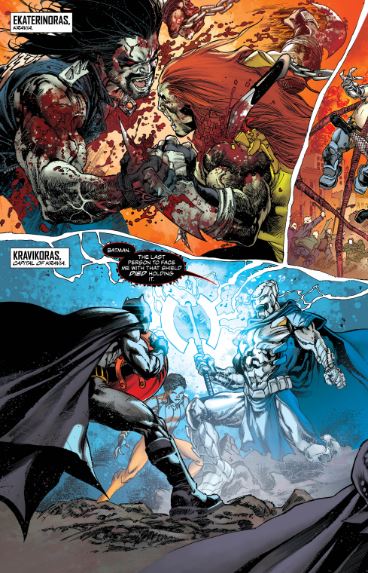 Batman and Havok come to final blows with Batman using Geo-Force Gauntlets to keep up with Havok’s superior strength and speed. Batman finds a way to restore peace and harmony in Angor, Havok’s home-world. The procedure required Batman to sacrifice his life, a price he was willing to pay. But Lord Havok stopped him mid-way, explaining that the responsibility of restoring Angor lay on his shoulders, not Batman’s. Havok and Dream-Slayer give up their lives to restore Angor and resurrect their world from the ashes. In the end, Lord Havok becomes just like Marvel’s Doctor Doom – saving the world by any means necessary no matter the price. 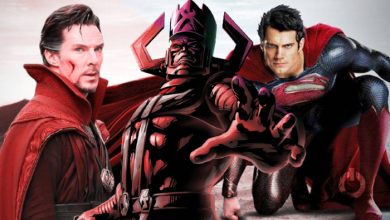 10 Heralds of Galactus You May Not Have Heard of Before 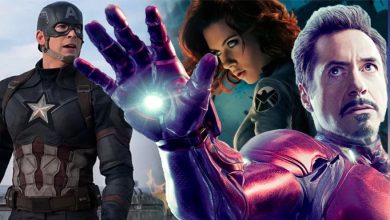 10 Avengers Who Turned Out to be Marvel’s Greatest Traitors