Comic Book Superheroes That Are Zombies:

Superheroes are supposed to be the heroes of the land of the living. Yet some of them actually hail from the other side. There are people who gained superpowers from mutant spiders, a rogue genetic mutation or scientific experiments or even a freak cosmic accident. But there are heroes who gained their abilities only after they were forced to cross the line that demarcates the mortal plane from the after-life. This list is dedicated to those superheroes who have defied death to come back and serve the world, saving innocent lives each day of the week and giving till the phrase – “Death do us Apart” a whole new meaning. 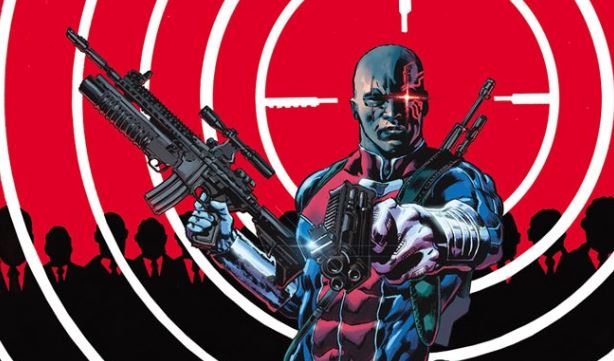 Deathlok as a character debuted as a villain back in the 1960s in Marvel Comics. He would later be killed and replaced by another person who assumed that role. Currently, a plethora of people has been successors and wielders of the Mantle of Deathlok. The story of each person who was unfortunate enough to become Deathlok is simple – all of them died in one way or another and probably in a rather excruciatingly painful manner. Their dead bodies were then enhanced with cybernetic prosthetics and their physical attributes augmented using robotics and A.I. Dethklok has been a villain as well as a hero. On one occasion, Deathlok even fought alongside the Avengers. He is one of few sole entries on this list that was brought back from the dead through technology. 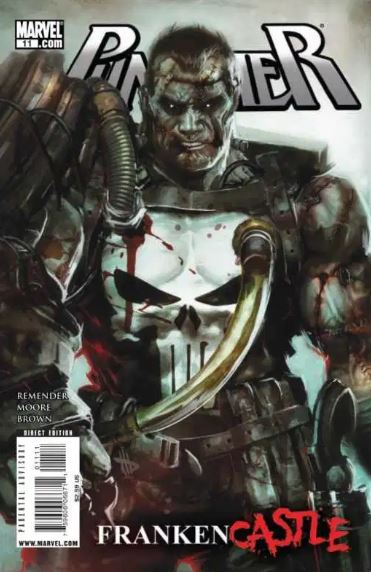 The Punisher was at loggerheads with Daken – the Son of Wolverine during the Dark Reign saga. Daken, a mutant with the same powers as his father, was too powerful a match for Frank Castle. Even though the latter gave him a hell of a fight, Daken eventually won the battle and beheaded Frank Castle. Frank was believed to be dead but his dead body and head were found by the Legion of Monsters, led by Morbius. The Legion decided to resurrect the Punisher through the use of science and sorcery and Frank Castle came back from the dead as the patch-worked Franken Castle. He was later turned into a mortal by the use of the mystical Bloodstone gem. 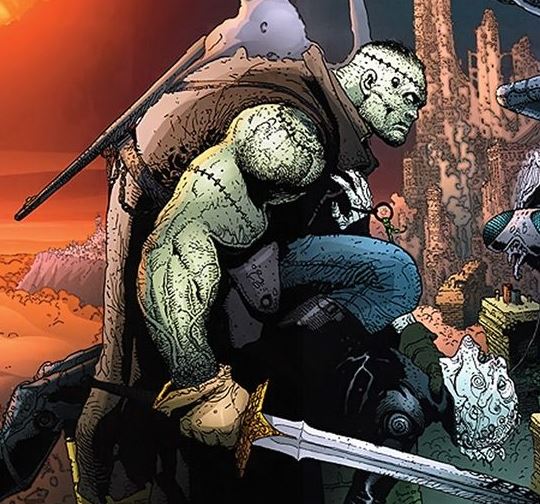 The Classic Novel that ushered in an era of science fiction, Frankenstein tells the story of a grotesque monster that was created by joining the dead remains of several human body parts of various different carcasses and given life. The Novel ends with Doctor Victor Frankenstein having a final confrontation with his monster and the latter seemingly dying. But DC Comics re-introduced the monster in their universe. Frankenstein survived that ordeal and managed to swim to the United States of America. He is now a traveling superhero who wields the Long-sword of the Arch Angel Michael and a huge antique pistol in battle. 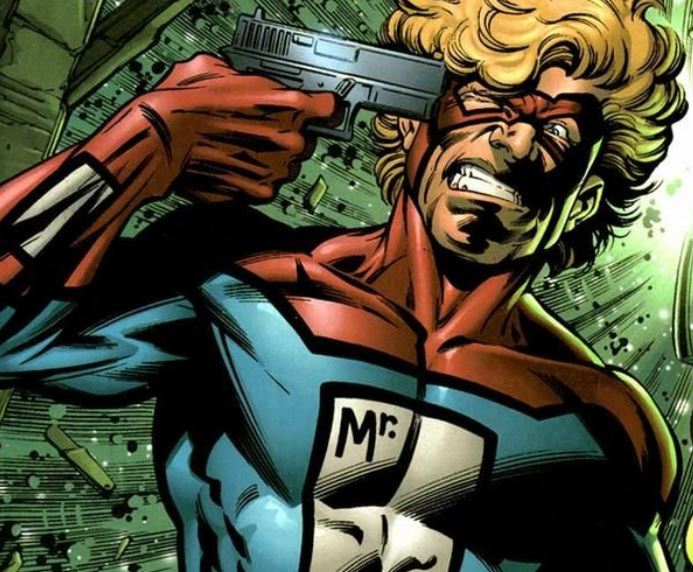 Craig Hollis was just a kid when his mother passed away. His mother forced a cosmic entity of Death called Deathurge to watch over her son and let no harm befall him. Deathurge protected Craig from almost certain death situations. He could play as a kid on the busiest roads in the middle of the city without even caring about a car or truck hitting him. But depression soon hit Craig hard and he decided to end his life. Minutes later after his life ended, Craig reopens his eyes, realizing that he is not dead. Deathurge reveals that apart from the incredible luck he has against death, Craig is also a human mutant with the power to resurrect himself every time he dies. He is truly immortal. Deathurge reveals that he will be the last sentient beings in the universe and would witness the death of the cosmos itself but will still not die. 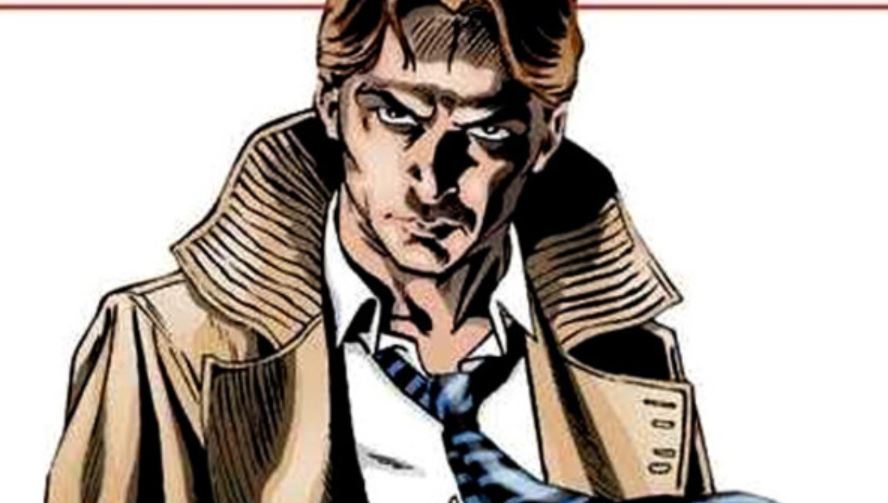 Hannibal King was a British Private Detective operating in the outskirts of London. He was bit by Deacon Frost, who sucked all the blood out of his body. The blood loss was so great that Hannibal King ended up dying instead of turning into a Vampire. Miraculously, King is resurrected due to her vampire powers kicking in at the nick of time and giving him enhanced healing factors that helped him survive the assault. Hannibal King goes on to dedicate his entire life to becoming a Vampire Hunter and learn anything and everything there is about the Supernatural. He also manages to cure himself of his vampirism. Hannibal King has been a long-time ally of the vampire superhero known as Blade. 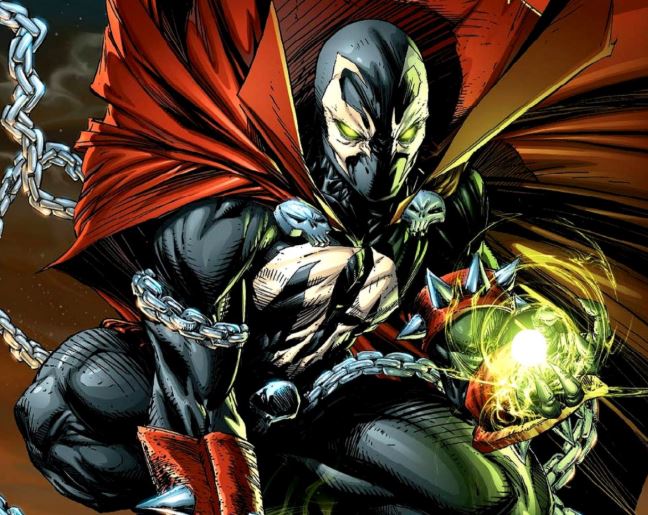 Albert Francis Simmons was a CIA operative that conducted deep undercover missions well behind enemy lines. When his friend and ally betrayed him, he ended up dying. Simmons was sent to hell for taking innocent lives during his CIA years. But he made a deal with Malebolgia, the King of Hell. In exchange for his soul, Simmons was sent back to Earth as Spawn, a superhero with incredibly powerful abilities and a symbiotic & sentient suit of armor. Spawn has always been an anti-hero but there have been instances where he has turned evil. Most of the time though he is busy bringing the hurt to the bad guys. Spawn has even fought God and the Devil, defeating both simultaneously. 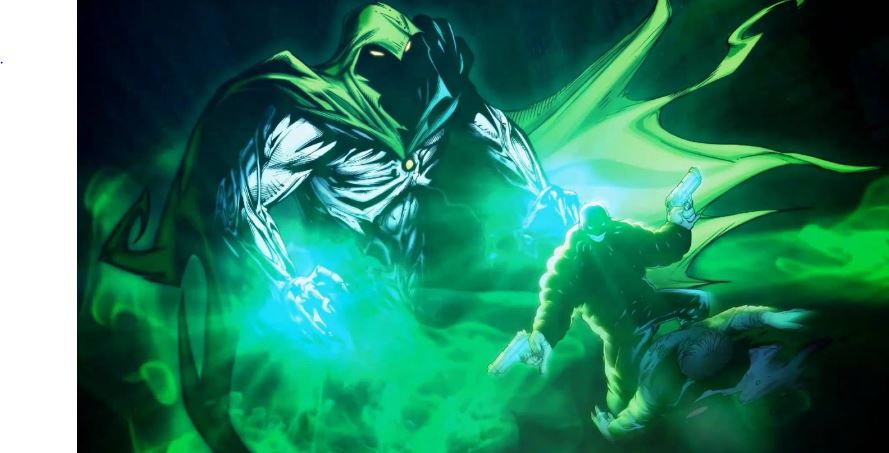 Jim Corrigan was a law-abiding Police Officer who knew how to make the criminals sing his tune. He was rough and rugged in his ways and due to his effectiveness in fighting crime, had amassed a lot of enemies. Corrigan and his wife were kidnapped by a group of thugs who killed him and put his body into a vat of cement. The Vat was later dumped into a water body. Corrigan was not allowed to enter Heaven. Instead, he was turned into the Spectre – the comic book world’s greatest un-dead superhero to ever exist. As the Spectre, Corrigan is cursed to roam the Earth and act as God’s avatar of Divine Wrath and Vengeance. 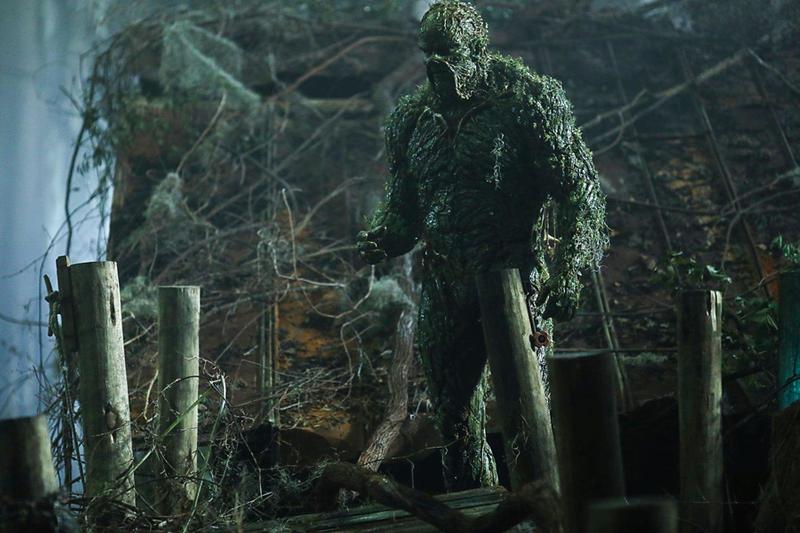 Alec Holland was a famous researcher that was working on a formula that could reverse aging and give any subject it was administered into, a regenerative healing factor. A criminal organization who was after that formula raided Holland’s Marshland facility and Holland was accidentally doused with the same serum he was working on before he went diving into the bottomless pits of the Swamp. Holland returned as the Swamp Thing. Back from the dead, the Swamp Thing was Alec Holland’s consciousness merged with vegetation due to the effects of the prototype serum. He became the Protector of the Green – the extra-dimensional energy that connects all plant life on Earth. A lot of other people have also become the Swamp Thing, including a Nazi Air Force pilot. 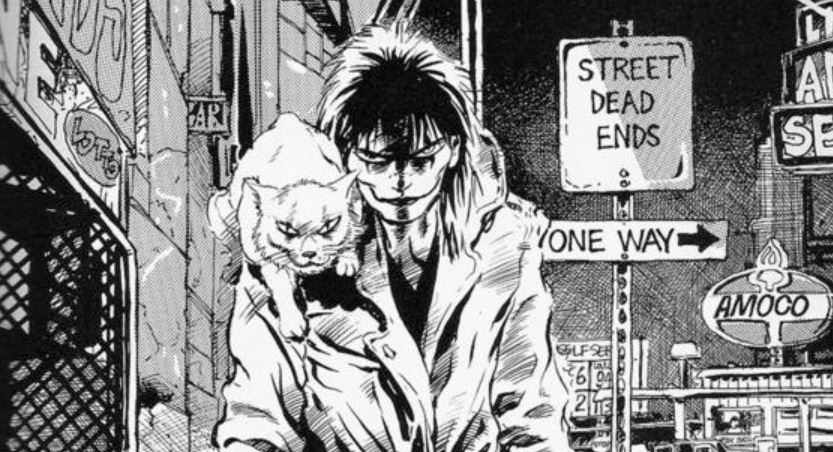 It was an unfortunate night when Eric Draven and his wife saw a gang of savages enter their home and kill them both. Draven saw his wife being mercilessly raped by the trespassers who later kill her right in front of his eyes. Draven is also shot dead a few moments later. Draven’s soul never rested in peace since his search for justice was never fulfilled for his and his wife’s murder. The Crow, a mystical entity that grants such restless souls a second chance at vengeance, chooses Draven as its new host. Eric returns with superhuman physical attributes and the ability to feel no pain. The Crow has chosen several other people and resurrected them to seek retribution for the wrongs inflicted upon them.

Boston Brand was a gifted circus performer. He specialized in trapeze and used ghost-like makeup as part of his circus act. But tragedy soon befell him when Deadman was shot dead by a supervillain called the Hook right in the middle of his performance. The brand would be chosen by Rama-Krishna, a Powerful God from Hindu Mythology, to become the superhero Deadman. Using his ghost powers, Boston Brand can sneak undetected into the most guarded places on Earth as well as possess people and gain access to their memories and abilities for a brief period of time.

Marvel Comics Update – [SPOILER] Returns From The Dead In Another Epic Cosmic Saga!!! 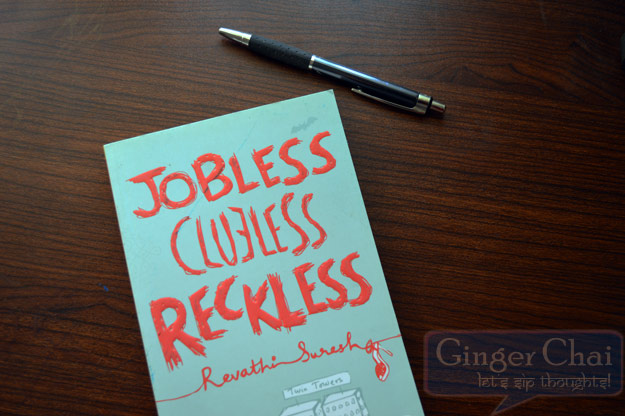