Versions of Earth in The DC MultiVerse:

The DC Multi-Verse is vast and sacred. There are multiple versions of Earth in the Multi-Verse, some of whom are too notable to be ignored. The alternate Earths show us who the DC Universe would have turned out if things went a little out of plan. They give us important messages and tell us stories we would have never been able to see or hear otherwise. 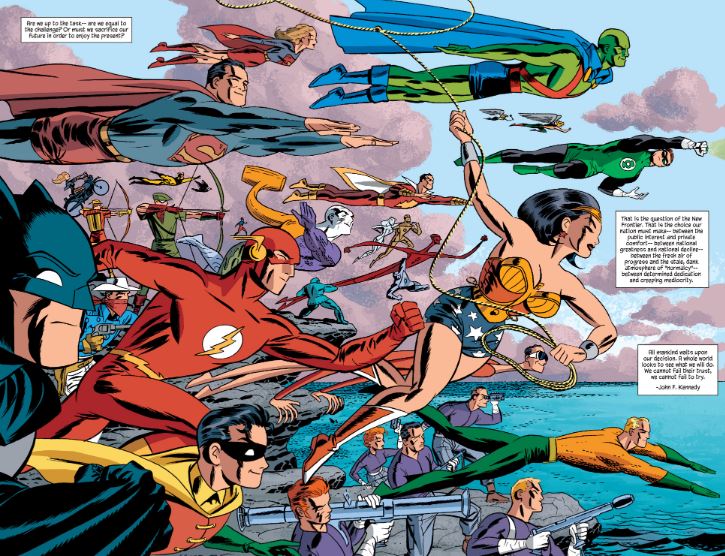 This universe is based on the acclaimed storyline of New Frontier by Darwyn Cooke. Set in the 1960s, the book tells us about an Earth where most of the critical incidents in history that shaped the timeline of the mainstream DC Universe were either altered or outright stopped from happening due to the actions of some superheroes. As a result, this Earth is an absolute utopia, free from all that ails the actual Earth due to past mishaps. America truly becomes a beacon of hope, freedom, and peace in this universe. Earth 21 gives us a very important message in these trying times – If you want it, you can change yourself to become a better version of yourselves. You just need to put in the effort. 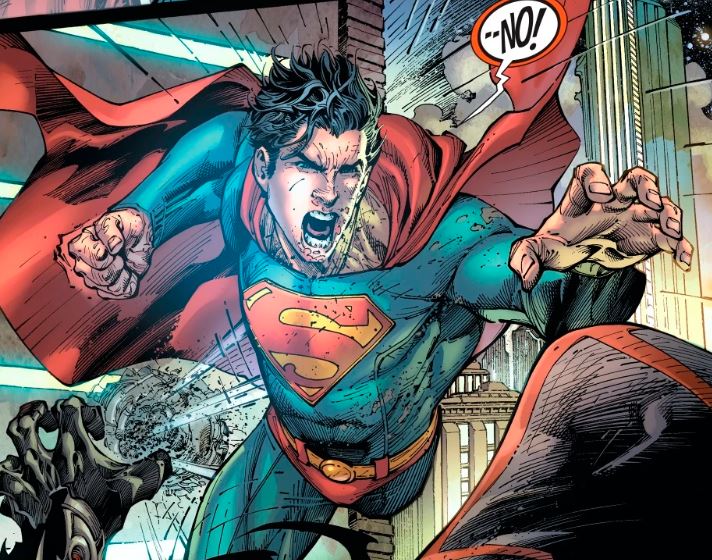 Earth 1 was DC’s attempt at creating a modern retelling of the DC Universe. Each character and superhero in the Earth 1 reality has a different character development arc than what fans have been originally accustomed to. Earth 1 does not have as much significance in terms of the overall impact on the DC Multi-Verse, with most of its events being isolated and contained. Earth 1 does offer very gripping storylines and the superheroes, since they have different origin tales and plot to offer to the readers, are vastly different from the mainstream versions. DC Comics has used the Earth 1 storylines to populate the stands and reaped huge profits since it can be read even by non-comic enthusiasts and hence has a wider audience. 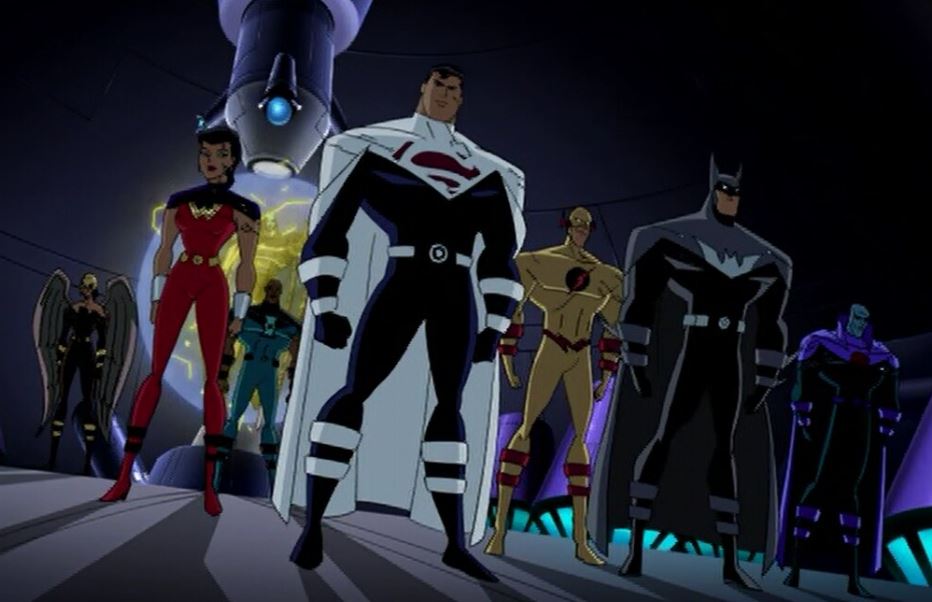 Earth 50 is what would happen if the Justice League took the world’s control and responsibilities to their own hands. In this reality, Lex Luthor murders the Flash and the death of the Scarlet Speedster is enough to finally push the rest of the members of the Justice League over the edge. They use their powers and resources to conquer the world. Becoming tyrants, they now call themselves the Justice Lords. The Justice Lords became popular after being featured in one of the Batman Beyond animated series’ episodes. The images of a ruthless and battle-hardened Justice League is something the fans still drool over and find hard to forget. It is a pity this dark universe does not get featured enough in the comic books anymore. 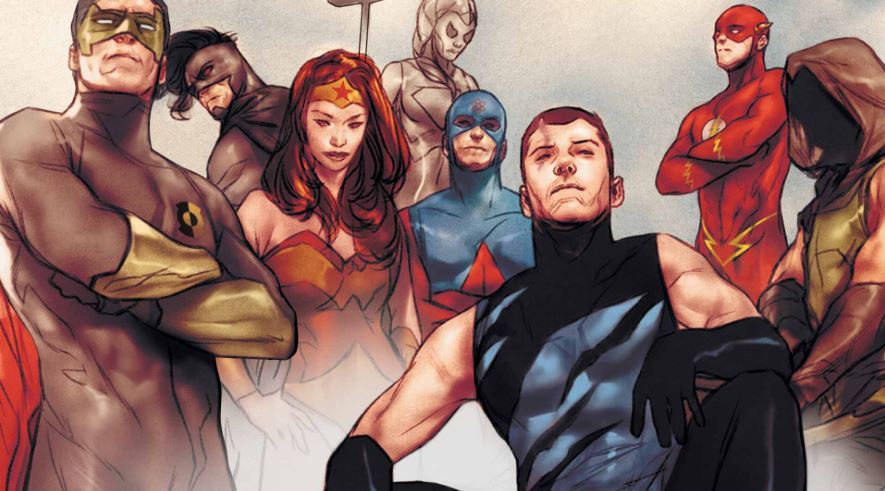 Imagine an Earth where there is no longer a need for a superhero! The purpose of donning the cape and the mask is to ensure crime stays at bay. But what if there was no crime to be kept at bay anymore? That is the serene possibility that is explored by DC with Earth 16. Earth 16’s reality played out a little differently than the rest. In this universe, the superheroes were so good at defeating evil and fighting crime that supervillains are practically non-existent. As a result, the world no longer needs superheroes. The older heroes try to find out ways to keep doing what they are good at while the younger generation of caped crusaders decides to let go of their vigilante ways and use their skills in other ways to benefit humanity. 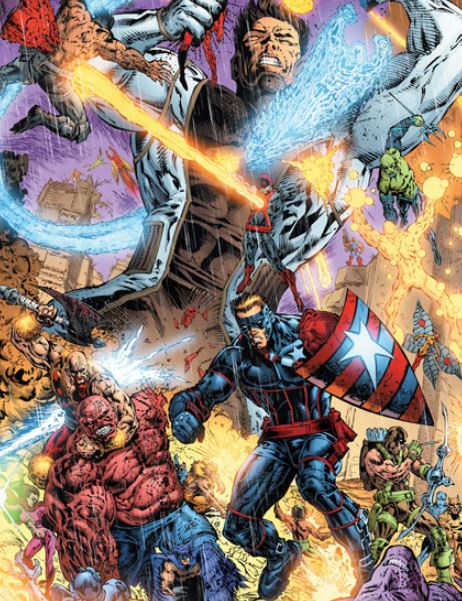 You may not like where this is going. Earth 8 was DC’s way of getting back at Marvel Comics for trying to copy their work. Marvel came up with the Squadron Supreme, a parody version of the Justice League that they are about to make a movie out of if the rumors are to be believed. So DC decided to up the ante by making an entire universe to parody the Marvel Comic Book Universe. Earth 8 has superheroes like the American Crusader (Captain America), Machine Head (Iron Man), and Behemoth (the Hulk). The entire roster of superheroes of Earth 8 is copied versions of Marvel Superheroes.  Even the tagline of this alternate, parallel Earth is a copied one and will surely leave you in splits. It reads: On this world, with great power, comes great responsibility. Go figure!! 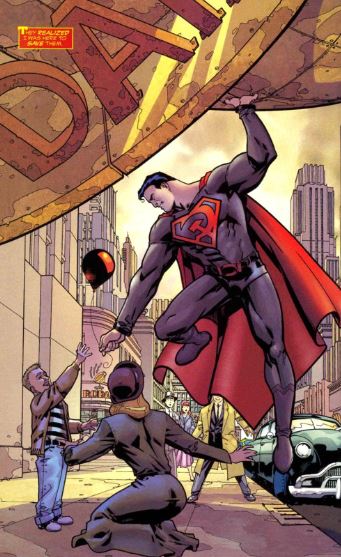 Mark Millar’s Superman: Red Son is one of the most important Superman Else Worlds storylines. It answers a very simple question of what Superman landed somewhere else other than America. What if he was brought up not by the Kents who taught him hope and humanity but someone else with a far more radical and extremist ideology? Would Superman still be Superman? In Red Son, Superman lands in Mother Russia in the year 1938. As a result of being brought up under the Soviet Ideology of Communism, this Superman is a bit more extreme in his ways than the rest. But he is still the same Kal-El. Even under Soviet rule, Superman ends up becoming a beacon of hope to the world proving that no matter where he lands up, he will still be the Big Blue (or Red) Boy Scout. 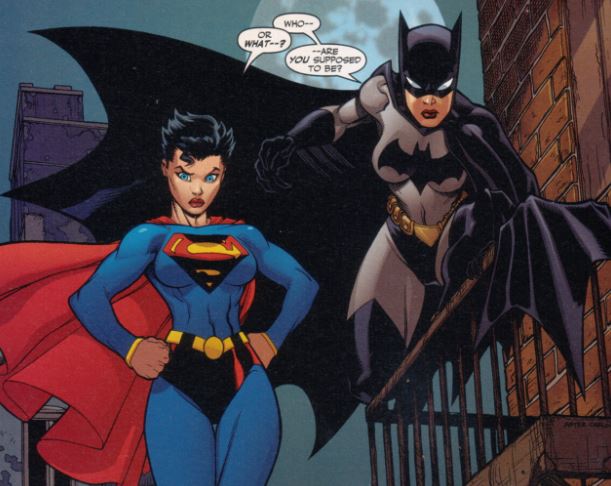 Earth 11 started out as an experiment. And later on, it gained so much fame and popularity that DC Comics ended up making an entire limited series out of it. In Earth 11, the superheroes of the Justice League do exist. But there is one key difference between them and the mainstream version. The superheroes of Earth 11 are gender-swapped. Instead of Batman, Superman, and Wonder Woman they have Bat Woman, Super Woman, and Wonder Man as their new Holy Trinity. They have rarely made an appearance outside of their limited series. Bat Woman and Super Woman have been used by Jeph Loeb while he was helming the Superman/Batman issues. Earth 11 is a very important chapter for the DC Multi-Verse since it addresses issues of gender equality and identity. 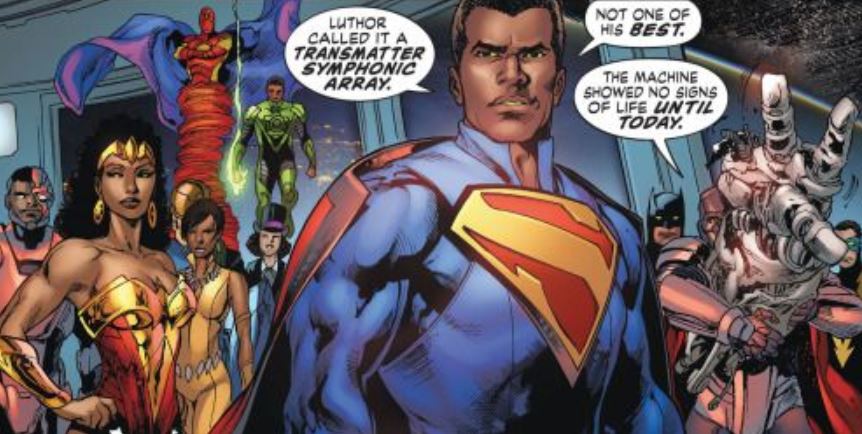 Why do we have Earth 23 on this list? It is a very normal universe with most of the characters being similar. The only difference that makes it truly unique and a sight to behold is that most of the lead and supporting DC Characters of Earth 23 are African American. DC Comics really wanted to come up with something to represent racial diversity in their storylines and Earth 23 did not disappoint. Even Superman of Erath 23 is an African American. His name is Calvin Ellis and he is also a genius scientist. Apart from being Superman and a Genius, Calvin also holds the distinction of being the superhero of his universe who became the President of the United States. Calvin has made appearances in other solo and team-up titles. 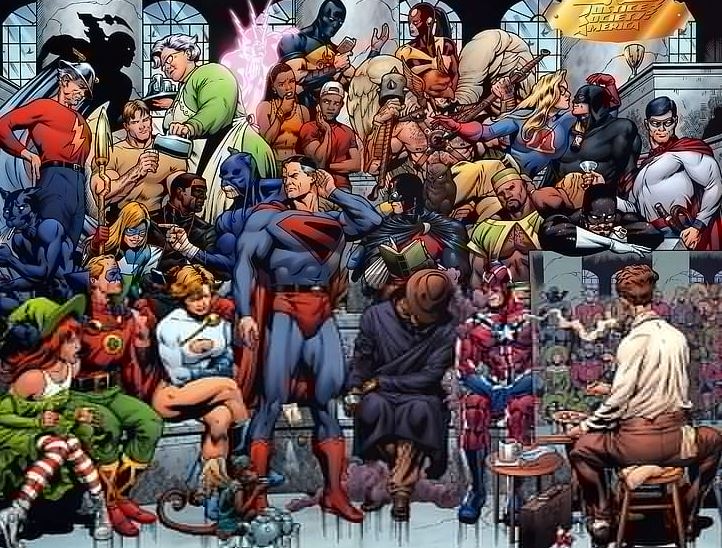 Back in those days, DC really had some really popular characters within their fold. Jay Garrick aka the Original Flash and Alan Scott – the first Green Lantern, were some really famous superheroes of their time. But with time, their popularity faded as the other superheroes, the modern ones, took the stage. DC Comics did not abandon them though. They created a separate universe where these Golden Age Superheroes could live in peace. Occasionally the Justice Society of America of Earth 2 will join forces with the Justice League to fight evil and crime. At one point in time, Earth 2 even merged with the mainstream DC Universe and the League and the Society operated at the same time, making this legacy Golden Age Superheroes feel the heat of the moment again like they once used to. 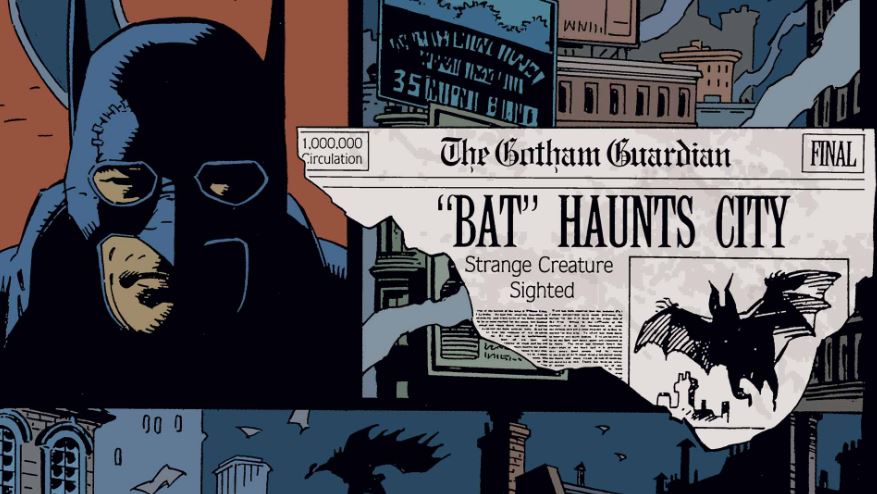 Earth 19 is a rather intriguing take on the DC Universe. This world is yet to come out of the ages of Steam Punk. Victorian themes are still persistent and electricity is a newly discovered energy source. Set right after the demise of Queen Victoria of England, this is the universe the popular animated Batman movie Gotham by Gaslight was based upon. There are other superheroes in this universe to grab your attention too. There is Wonder Woman, who is featured in the Wonder Woman: Amazonia story arc. The Accelerated Man, the speedster from Earth 19 has been featured in The CCW’s Arrow-verse several times in the past. 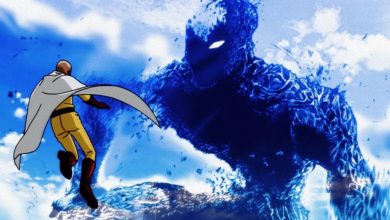 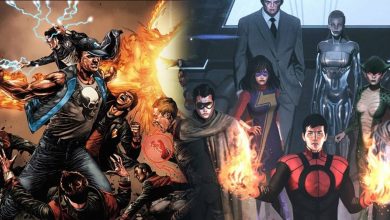 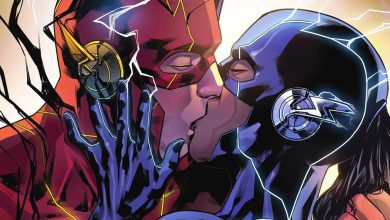