The Man of Steel looked completely invincible the first time he made his debut in the comic books. Superman was the last survivor of a planetary level apocalypse that destroyed his world and left him as the sole survivor of his civilization. Under a yellow sun, Superman became a God. He could harness solar energy to bend steel, become invulnerable and a host of other abilities. Superman seemed unstoppable. And the Kryptonite came into the scene!! Throughout the years, Kryptonite has taken many forms and has been used in several different applications to take down the Big, Blue boy-scout. And there are some really amazing facts about it even the most hardcore fans do not know of.

1. It was originally red in color 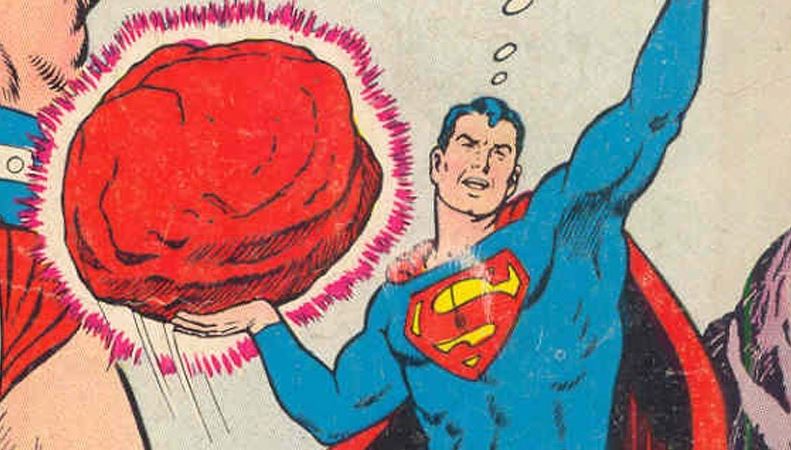 2. There are multiple forms of Kryptonite 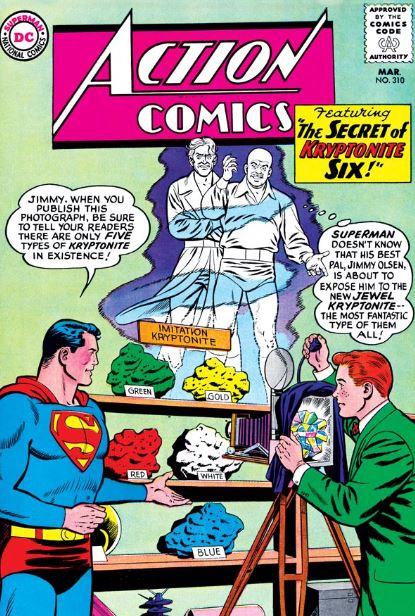 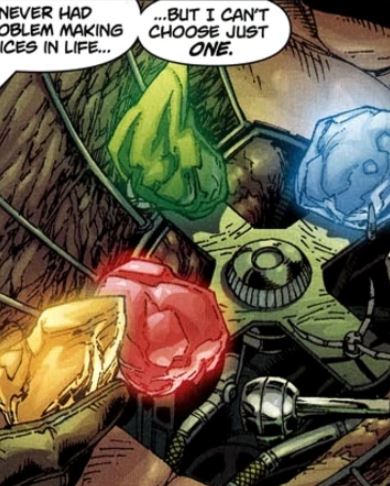 Black Kryptonite can make evil clones out of regular Kryptonians. Red Kryptonite can give Superman a beard, turn his head into that of an ant, or turn him into a dragon or a dwarf depending on the situation where it is used.

3. It made its debut in a radio show 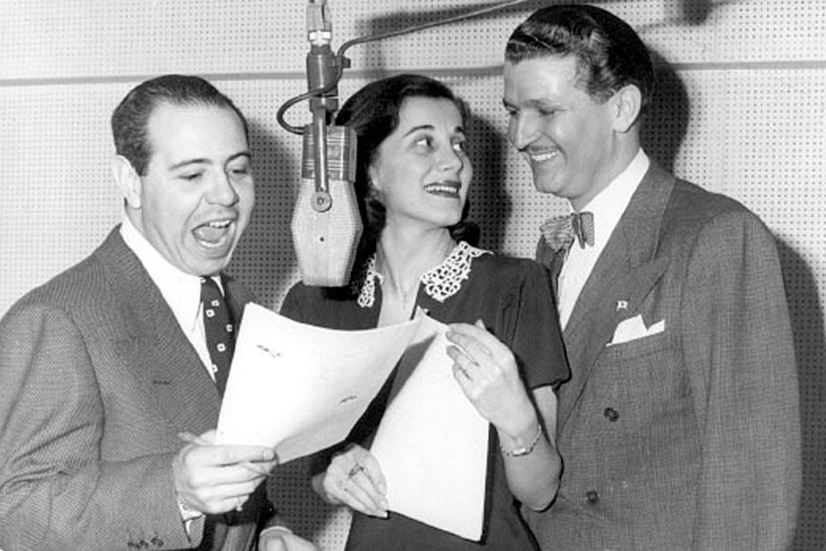 You might have thought that Kryptonite was this ugly looking rock that was once used by a random villain in a comic book until it became famous and became a mainstream super villain tool to take down Superman. But that is not the case. The first debut of Kryptonite was in a radio talk show. Over a period of nine years, the show titled The Adventures of Superman ran for about 2100 episodes. The serial was the first to introduce the concept in the episode The Meteor from Krypton. 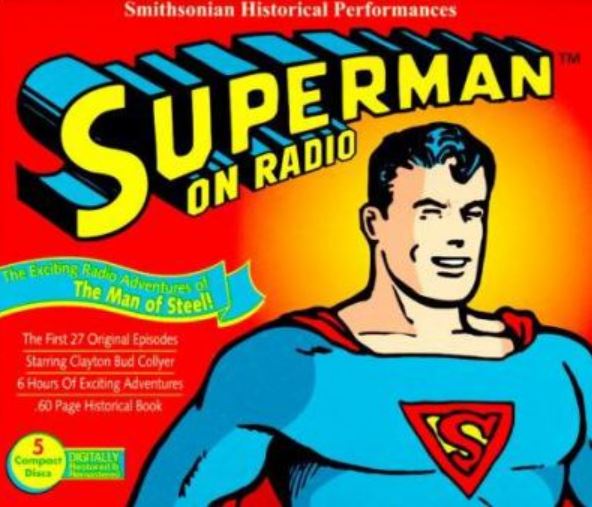 The rock did not make another appearance till 9 years and it made it straight to the comic books after that. The Kryptonite rock already had a debut in a talk show before fans saw it in the comic books. Now that is a fact you can never un-learn!

4. Made its comic book debut in Superman Returns to Krypton

The 1949 story is about Superman trying to stop an impostor of a psychic who goes by the name Swami Riva. Swami Riva has no superpowers but has a huge following because he is able to con a lot of people that he has mind control and magical abilities. His real name is Daniel Rivers. Swami Riva is about to get his butt whooped by Superman when Riva tries to fool Superman into thinking that he can put hexes on people with his powers. 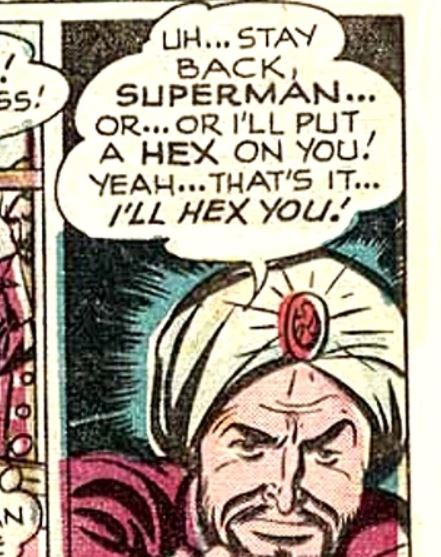 Somehow his hex works and Superman becomes so weak even Riva can punch him into unconsciousness. Turns out, Swami Riva did not actually have superpowers. It was the red crystalline rock in his turban that was emitting radiation that was hampering Superman’s abilities. It is also the episode Superman realizes he is actually an alien. 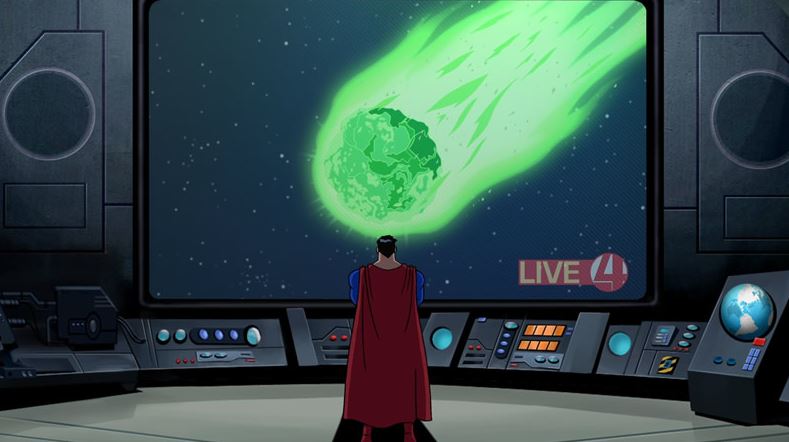 After Lex Luthor became the President of the United States of America, things were not going as smoothly for Superman and Batman, who had become public enemies in the eyes of the general public. Tragedy struck when the forces of Earth realize that a huge Asteroid the size of an entire state in the United States was on a collision course with Earth. 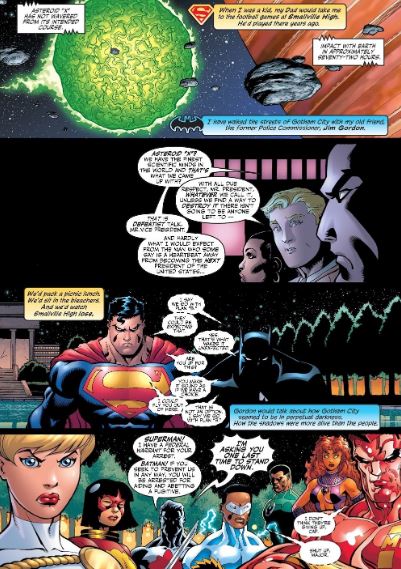 Luthor was quick to use this news to his advantage. He explained to the public that it was all happening because of Superman, who was somehow emitting a frequency that was making the asteroid home in on Earth. Luthor issued a bounty on Superman’s head and Batman also decided to make the run along with Superman to try and stop Luthor, fight the supervillains that were coming for Superman, and save the world before it is too late.

6. It has a weird origin story 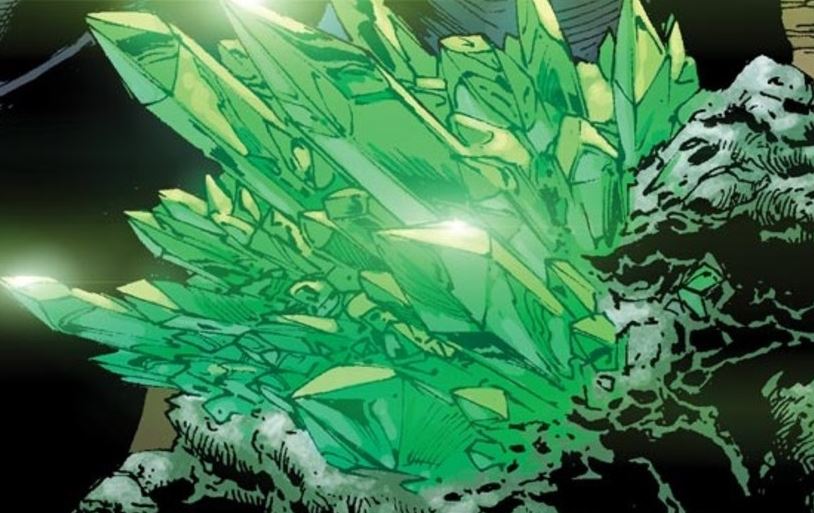 There is a pretty astonishing story behind the origin of the concept of Kryptonite. And we are still not sure whether it is true or just another rumor. The story of how Kryptonite was born is best described by prominent comic book writer and editor Julius Schwartz. The guy who lent his voice for Superman in the radio talk show host called The Adventures of Superman – Bud Collyer, was somehow unavailable at the time the radio serial was about to air. 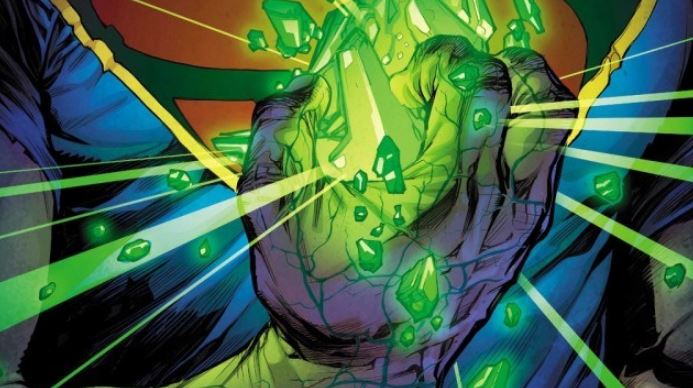 The studio crew started to panic but the guys somehow came up with an ingenious solution. The fans were eager to listen to Collyer as Superman so when he was not there to do it, the Studio announced over radio that Superman is unavailable at the moment because his powers have been neutralized due to exposure to Kryptonite. The rest is history.

7. Luthor has the cleverest uses of Kryptonite

Luthor always had a green Kryptonite ring in his possession in order to stop Superman if things went out of his control. His iconic war suit was also capable of storing Kryptonite and used Kryptonite claws and spears to harm Superman. Too many uses of Kryptonite gave the guy cancer but he then cloned his body and transferred his consciousness into the new Luthor and went back to his old ways. 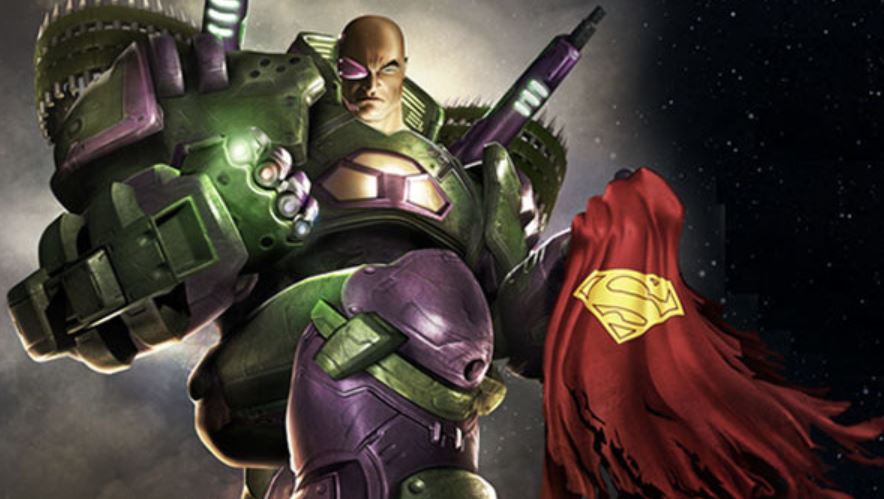 Luthor once exploded a Kryptonite bomb that had a capacity of 10,000 Megatons. The explosion released so much Kryptonite into the earth’s atmosphere that the very composition of air changed and made it inhospitable for the Man of Steel to live in.

8. In an alternate Universe, Superman derives his powers from Kryptonite 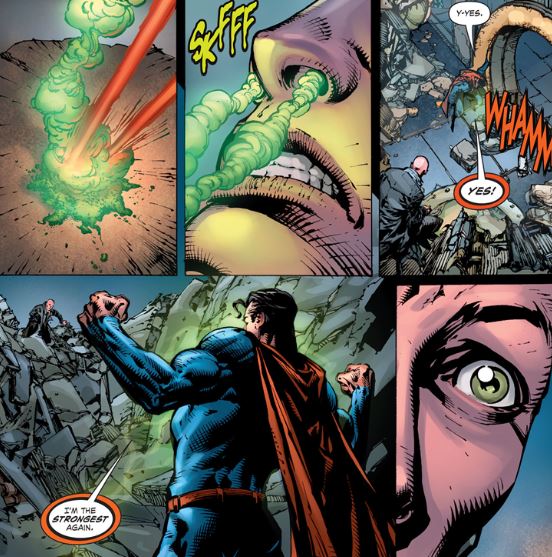 Meet Ultra Man – the evil alternate reality version of Superman who leads the Crime Syndicate of America, the evil version of Justice League hailing from Earth 3. Ultra Man is the polar opposite of Superman in every sense of the word. He is ruthless and brutal and is ready to get his hands dirty to get the job done. He is also hungry for power. But what sets him apart from our very own Superman is that while Superman is weakened by Kryptonite, Ultra Man derives his powers from it. The more Kryptonite he inhales, the stronger Ultra Man becomes. 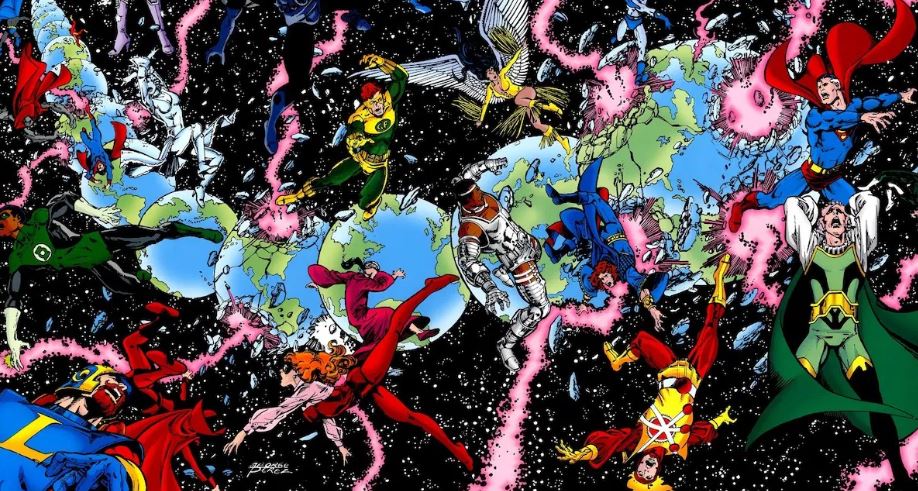 If Kryptonite is so damn cheaply available with almost any super villain able to get his or her hand on them, why is it still considered to be a very rare element? That was a gross continuity error and the comic book writers at DC were not able to find an answer to that question. Crisis on Infinite Earths came as the savior. The Multi-Verse shattering event gave DC a way out for its Kryptonite dilemma. 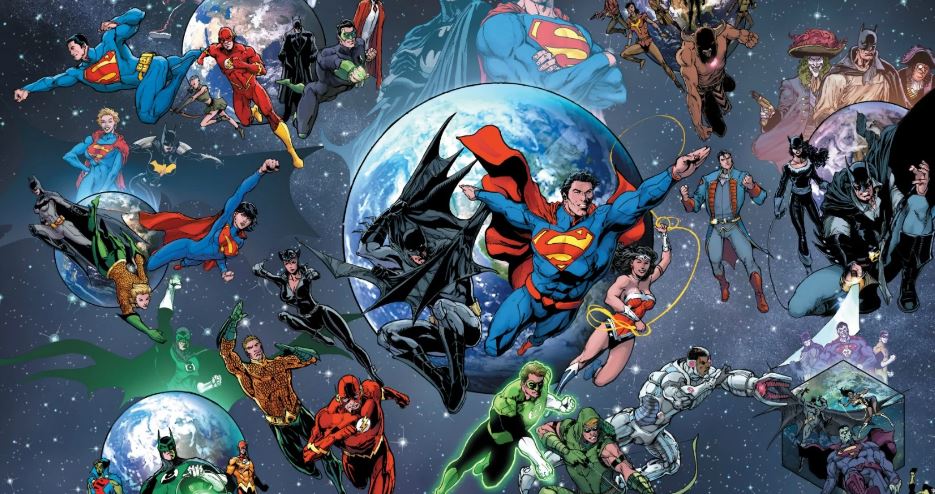 The Post Crisis DC universe had only one base form of Kryptonite called the Green Kryptonite and the rest of the other forms of Kryptonite were actually artificial renditions and versions of the base form. That made Kryptonite super rare again and turned it into an element that was in limited stock and short supply so that not every random villain could use it against Superman.

10. DC actually has a huge supply of Kryptonite Super-Villains 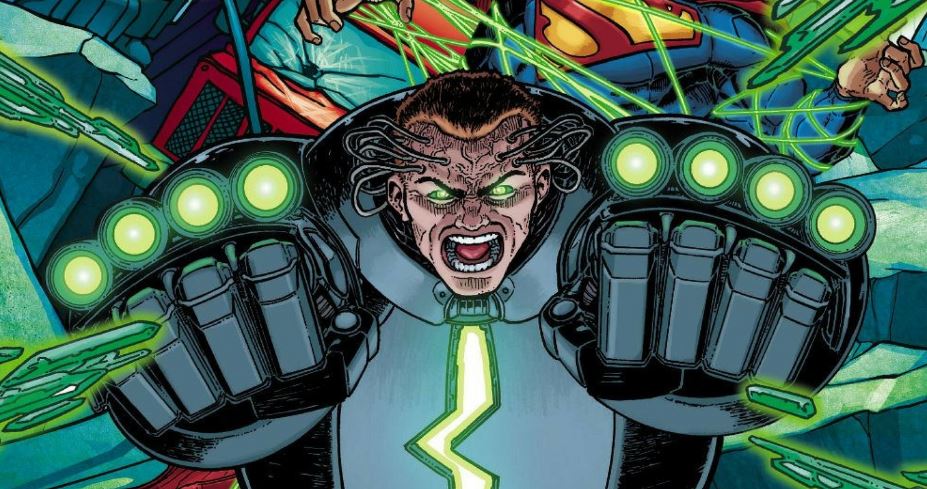 Metallo is the only known supervillain that actually has a Kryptonite energy source for a heart. But he is not the only one who is powered by Kryptonite. A chimpanzee called Toto that was sent to space as part of an experiment soon got exposed to lethal levels of Kryptonite radiation. The chimpanzee grew to an enormous size and developed the ability to spew Kryptonite energy beams from his eyes. His name was Titano. 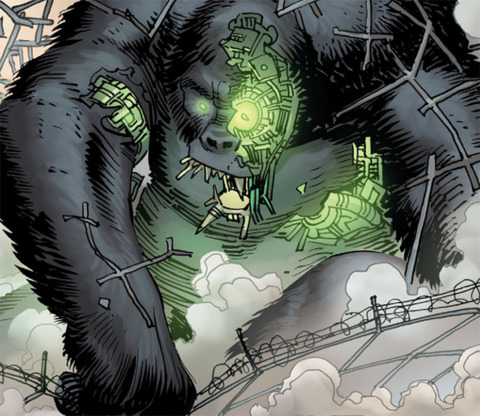 There is also Kryptonite Man and Kancer – a being that was literally formed out of the cancerous tumors of Superman that were surgically removed after Clark Kent was exposed to lethal doses of Kryptonite radiation. Luthor even had a team made up of Kryptonite themed supervillains called The Last Line. 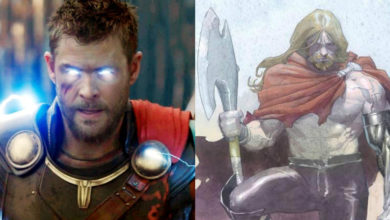