With so many villains peeking above the surface in the Marvel Comic Book Universe, it is understandable that some of them undeservedly do not get the attention they so deserve. We all know of Magneto, Doctor Doom, Apocalypse, Red Skull, and Galactus. But how many of us know about lesser-known villains like Tyrant, Exodus, Abraxas, and the Phalanx? They might have had a smaller run in the comics but they too have made some major impact and left an everlasting footprint in Marvel’s sands of time. One such villain that has almost been wiped out from the Marvel fans’ memories is Graydon Creed – the son of Mystique and Sabretooth who was once almost the President of the United States!

Mystique and Sabretooth are both known for the evil intentions and vile ambitions in the Marvel Comic Book Universe. Sabretooth is Wolverine’s brother and he never misses a chance to cause some ruckus in his little brother’s life. He is so evil that on every birthday of Wolverine, he would come by his residence just so he could beat him up and remind him every year that he is still the boss. Mystique has had some shady connections with major terrorist and radical mutant organizations like the Brotherhood of Evil Mutants and the Hell Fire Club ever since she was in the limelight. She is also someone who always has had an ulterior motive in mind and is highly Machiavellian in her approach to things. 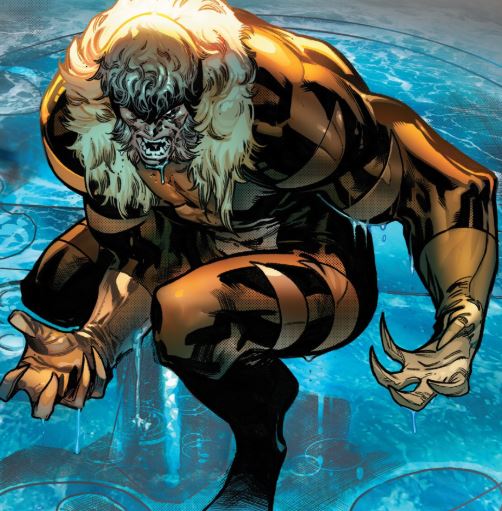 Two such spiteful people like that could never fall in love, let alone have a son together. But they did! And their son, the product of such a sinister union, was so skillful in his ways that he nibbled his way to occupy the most powerful position on the planet. Graydon Creed – son of Sabretooth and Mystique, became the POTUS – President of the United States of America.

Well, it is not loved that bought the two mutant supervillains together. It was pure animalistic instinct. Yes, we are talking about lust. The love child was named Graydon Creed never inherited any powers either from his father or his mother. He was practically powerless. But he did have other skills in his arsenal. Manipulating people into doing his bidding and the power of persuasion and skillful string-pulling like a puppet master from behind the curtains was his total forte. And he used it effectively to almost reserve his seat in the Oval Office of the White House and control the world’s most powerful economy and command the most powerful armed forces on the planet.

Who is Graydon Creed? 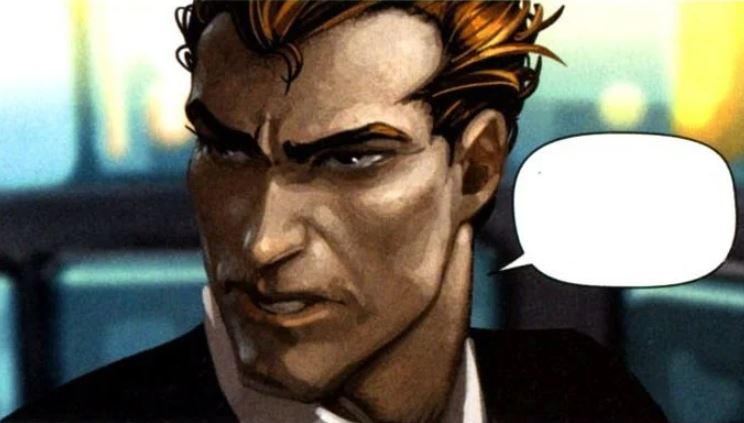 Graydon Creed was more or less an accident that should never have happened in the first place. Back in the height of the Cold War, both the Free World and the Iron Curtain countries employed mutant super soldiers as spies, assassins and bodyguards to protect assets of value to them and infiltrate to sabotage assets of value in the hands of the enemy. Sabretooth was employed by an organization to protect a woman named Leni Zauber, who was a German resident. Leni Zauber was an undercover agent who quickly swept Sabretooth of his feet and both ended up having sex. It is later revealed that Leni Zauber is Mystique who was using her shape-shifting powers at the time.

The real Leni Zauber had been killed by her and she was just putting up a ruse in front of Sabretooth, looking for the perfect time to escape. Mystique slipped through Sabretooth’s arms in the early morning. But after a while, she realized that her brief stint with Sabretooth had made her pregnant with his child.

Mystique gave birth to Graydon Creed. Considering the life of crime she lived, Mystique did not want to put her son’s life in danger. So she kept sending her to international boarding schools all over the world. When Graydon was revealed to not possess the X-Gene and thus can never develop mutant powers, Mystique disowned him and revealed the truth about his father to Graydon. Graydon was devastated. And in a fit of rage, he swore on a lifelong mission to take revenge against all mutant-kind, whom he blamed for his predicament. 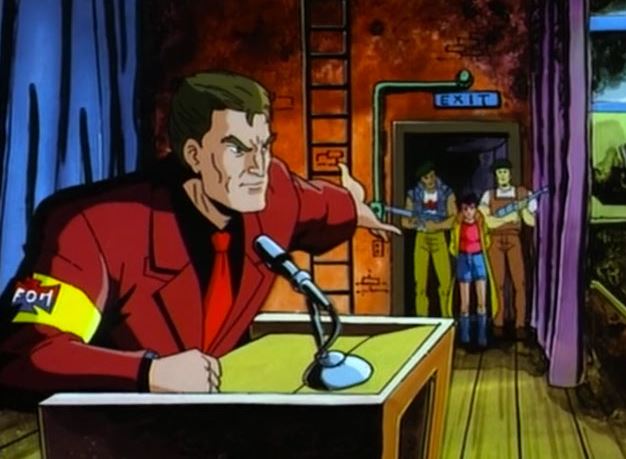 Graydon Creed was the founder of Friends of Humanity – a human supremacist group that targeted mutants and responsible for a lot of lynching of mutants all over the country. During this time, Magneto and his Acolytes, as well as the Brotherhood of Evil Mutants, were also active, carrying out terrorist attacks all over the globe.

Graydon Creed used the entire Mutant Liberation Front as a scapegoat to become a political figurehead, riding on the collective hatred the people had for radical mutant extremist groups to paint the entire mutant community as evil and amassed massive power and influence. Graydon Creed appeared first in the Uncanny X-Men #299 as a member of the mutant-hunting group – Upstarts and even revealed to Nightcrawler in the same issue that they are brothers. 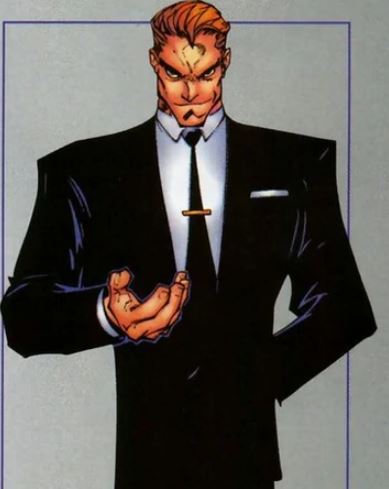 Graydon’s thirst for power knew no bounds. He had smelled the sweet scent of success riding on mutant hatred all this long. And he was showing no signs of stopping anytime soon. The far-right believers had started to put their faith on him and Graydon Creed looked almost unstoppable. In addition to public support, Graydon Creed also had the support of anti-mutant factions like organizations led by Bastion, Ahab, and Trask Industries. They started pouring in money and resources into Graydon’s campaign to assume public office and further their anti-mutant agenda. 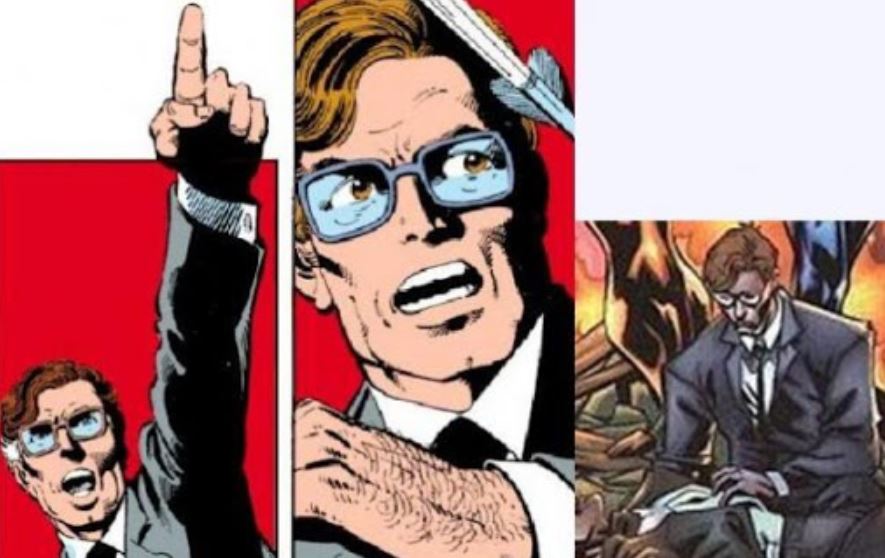 Graydon’s only opposition was Senator Robert Kelly, who even though he was vocally anti-mutant, did not agree to Graydon Creed’s almost fascist ideologies when it came to mutant rights. Even J Jonah Jameson disagreed with Graydon’s views, and when Bastion tried to scare him into submitting, the stubborn news editor just became more vocal in resisting Creed’s campaign. 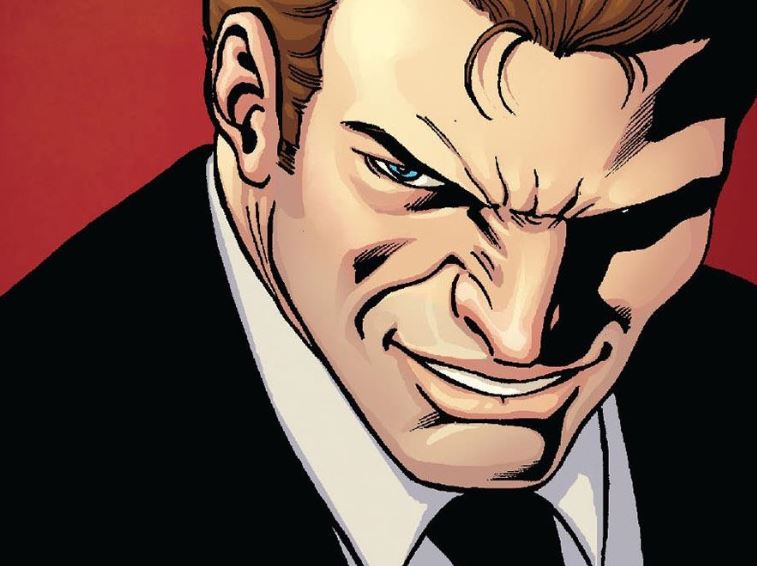 Graydon Creed’s Original organization that he founded on his own – Friends of Humanity became more radical in their actions. They started kidnapping mutant children and putting them into hospitals. Mystique, who was then a government agent and a member of X-Factor, could not avoid neglecting his own son’s actions any longer. Mystique gave up her shot at redeeming her-self by traveling back in time and killing Graydon Creed.

Graydon Creed was assassinated a day before the election. And thus the age of tyranny was avoided. Graydon Creed’s extremist views and his protectionist policies made him very similar to Donald Trump. He was almost an ideological if not a physical lookalike of the current President of the United States of America.

“After the devastating events of Avengers: Infinity War, the universe is in ruins due to the efforts of the Mad Titan, Thanos. With the help of remaining allies, the Avengers must assemble once more to undo Thanos’ actions and restore order to the universe once and for all, no matter what consequences may be in store.”