Justice League #46 did not end well for the good guys. Planet Earth became a staging ground for an invasion by an army of the Superman. They realized that to stop all this chaos from engulfing the planet, they need to actually go against some of their staunchest allies – the Amazons. And after infiltrating Themyscira, an Official Act of War according to the Amazons, they will be opening the gates of Hell and entering Tartarus, where the League Members will face off against an enemy they never thought they would fight. It is actually a mythical creature, one of the strongest ever known, that they will be trading fists with. 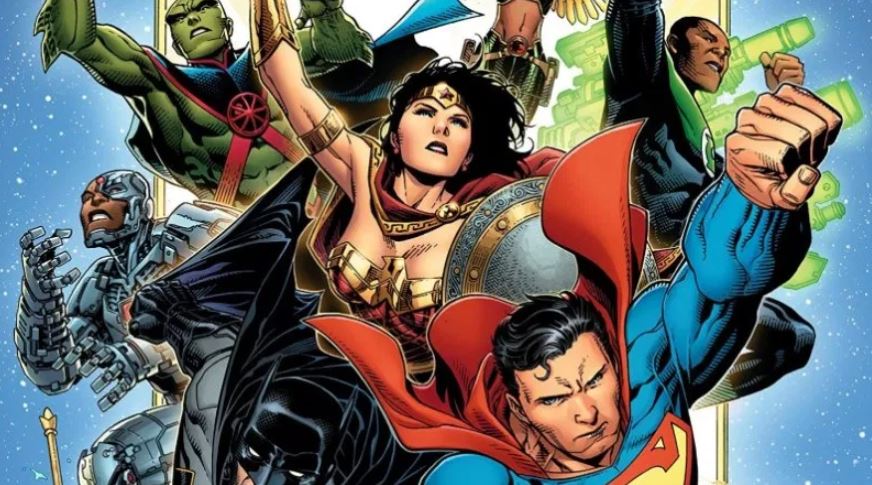 SPOILER ALERT: Major Spoilers for Justice League #47 up ahead. Enter at your own risk….

From universe eating entities to small-time crooks, the Justice League has faced off against and defeated almost every kind of villain. But their latest enemy surely takes the cake, The Justice League is going to fight a five-headed dragon next and the fans are confused and astonished at the same time. 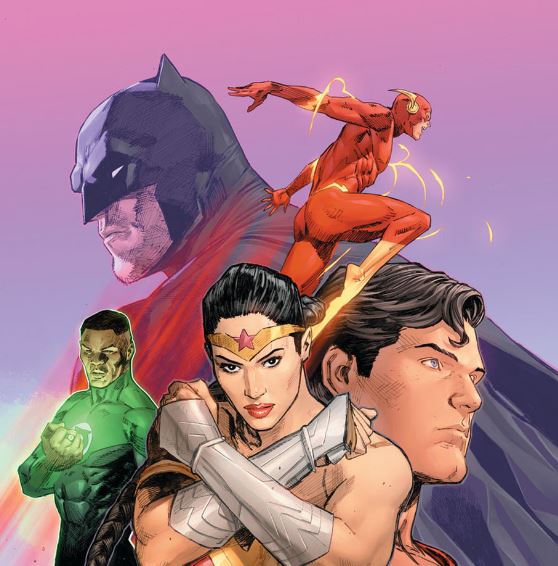 The issue titled Vengeance of Thine will see Superman being trapped in the machinations of the resurfacing of the Spectre. To stop the Spectre who intends to propagate his own brand of justice everywhere in the universe, the Justice League must find the human iteration of the Spectre named Jim Corrigan. After doing that they have to secretly get past the Amazon wall and security at Themyscira, sneak into Hell and then fight a Mother of all Dragons. 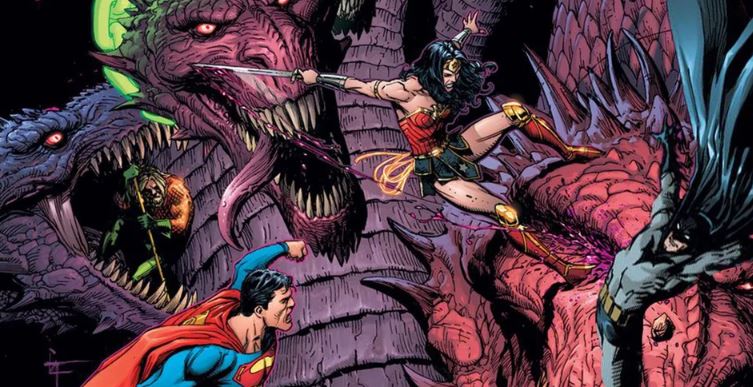 At first glance, the battle looks like it is tilting towards the Justice League’s favor. The Flash is using his speedster powers to distract the Dragon. Batman is swinging across one of the heads that have been severed from its neck. Wonder Woman is using her superior battle skills to slash one eye of one of the heads of the Dragon clean off. Superman is seen punching one of the heads out of commission. Green Lantern is using all the power his ring could muster up to keep one of the heads at bay. Aquaman is seen in the worst position of all. He has been almost swallowed alive and is using his trident to anchor him-self right inside the Dragon’s mouth.

The tables might turn at any point in time. Jim Corrigan is currently trapped within Hell deep inside Tartarus and he is the only hope for the Justice League to stop the re-emergence of the Spectre and the world descending into chaos. All the while the Amazon warriors, the most elite group of soldiers known to Man (and Woman) are hot on their tails. This might not as much as an uphill battle as everybody thought it would be for the Justice League after all. What happens next is as good as anybody’s guess!! 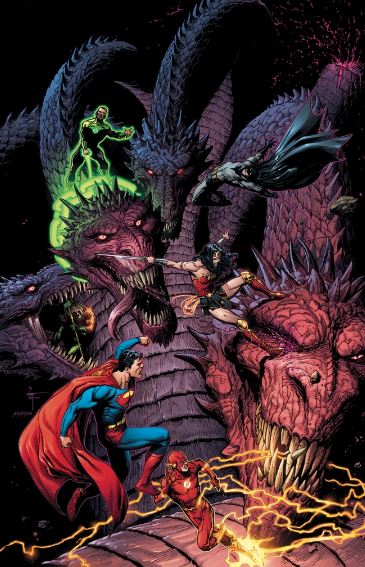 The 47th Issue of Justice League is written by Robert Venditti. The credit for the artwork goes to Eddy Barrows and Ever Ferreira. The cover art is by Gary Frank. The official synopsis for the comic book issue reads:

“Vengeance Is Thine” conclusion! The Justice League battles through the dreaded Pit of Tartarus, mythological prison to the most wretched creatures imaginable.  Batman, Superman, the Flash, Green Lantern, Aquaman, and Wonder Woman must resolve their long-held grudges while they still can-and before the world burns. Yet even if they succeed, they must still defeat the monster that lives and rules at the dark base of Tartarus.