Death should never be taken lightly. When somebody dies, the world is left with a void nobody else could fill. And no matter how small that void is, it is still avoided. Fiction has treated Death in such a way that it has kind of lost its meaning. One of the greatest examples is Marvel Comics, where people die a dime a dozen. Last decade it-self saw so many superheroes dying and many of them were meaningless and completely unnecessary. While their sacrifices were used by the creators and the characters to further the storyline, it left a huge gaping hole in the fans’ hearts. The fans never asked for it nor were they ready to let those people get killed. So why did Marvel do such a despicable act to keep the storyline churning?? 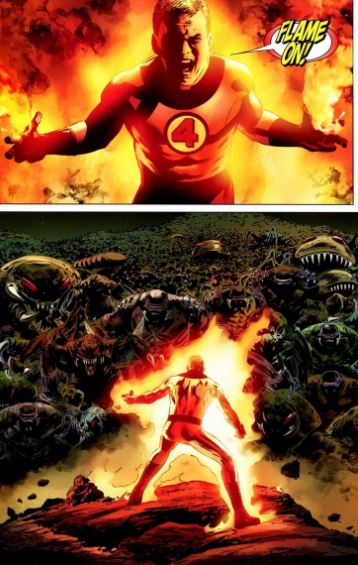 The Fantastic Four are Marvel Comics’ First Family of Superheroes. Jonathan Hickman is the one that brought the Fantastic Four from the 20th Century to the 21st Century with a fresher take on the superhero quartet. But he also screwed up a bit with Human Torch. Annihilus, a villain who commanded a huge army of monsters, was conquering one planet after another. Soon, the Fantastic Four found them-selves surrounded and were forced to retreat. But Annihilus was closing in too fast and Human Torch volunteered to stay behind and fight him. While Hickman wanted to deliver a moment of shock to the readers, it only made them detest the act even more. 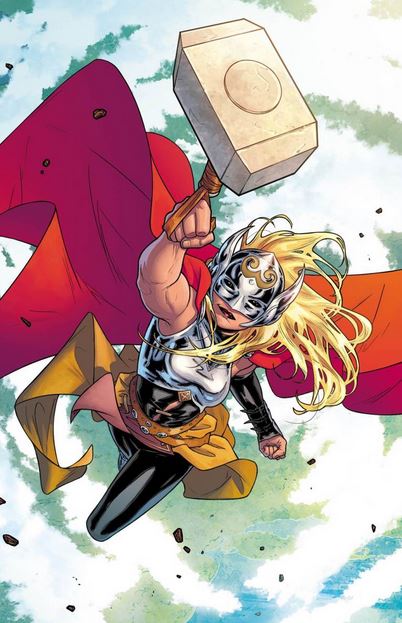 Nobody would have thought that Jane Foster of all people could become the new Goddess of Thunder. She did. And she did quite a splendid job at it. After Thor became unworthy of the hammer Mjolnir, he let go of his trademark weapon a started using the Jarnbjorn ax. But Asgard needed a God of Thunder to protect it against its enemies. So Jane Foster came forward to become the new Thor. But there was a catch – Every time Jane Foster became Thor, her chemo-therapy which had saved her from cancer, was slightly undone. Soon, there would come a time when after a certain number of transformations, Jane’s cancer would return with a vengeance. The fans knew that Jane Foster’s run was only a limited time thing and that made her sacrifice even more heroic. So when Thor and Odin resurrected Jane Foster as the new Valkyrie and dashed a lot of fans’ expectations, all hell broke loose.

It is almost like a tradition now. Whoever is the good guy fighting the good fight in any Civil War storyline is bound to die. First, it was Captain America who was assassinated at the end of Civil War I. This time it was Iron Man who was ‘killed’ at the end of Civil War II. While Iron Man did not necessarily die, he was taken out of commission. His body survived but an experimental procedure destroyed his mind. This was a completely unnecessary move that overshadowed all Iron Man had accomplished until now. 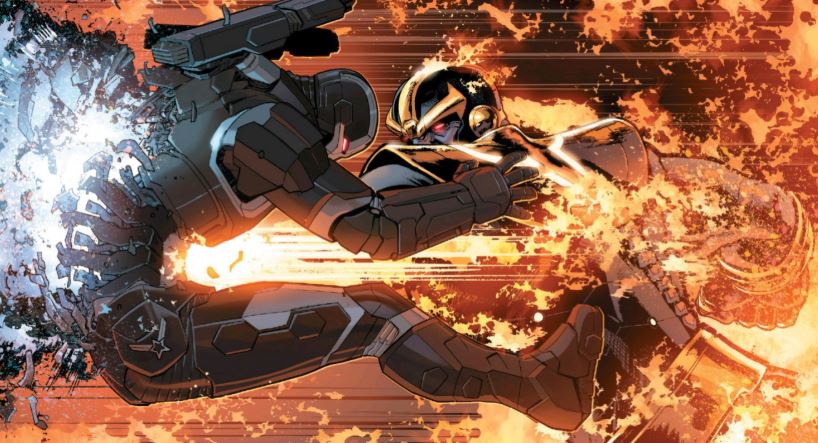 War Machine seems to be used more like cannon fodder than a superhero both in the movies and in the comics. In the Civil War movie, he lost his legs. In the comics, War Machine was used as a total scapegoat and was martyred to further the arc. Captain Marvel gathers up a team of superheroes and tris to ambush Thanos and apprehend him. The plan backfires because, well – what was she thinking when she thought that she could successfully ambush the Mad Titan?!?!? Thanos easily subdues the group and kills War Machine in retaliation. The death of War Machine was a rallying cry for the fans who urged Marvel Comics to stop using people of color as meaningless sacrifices for their storylines. 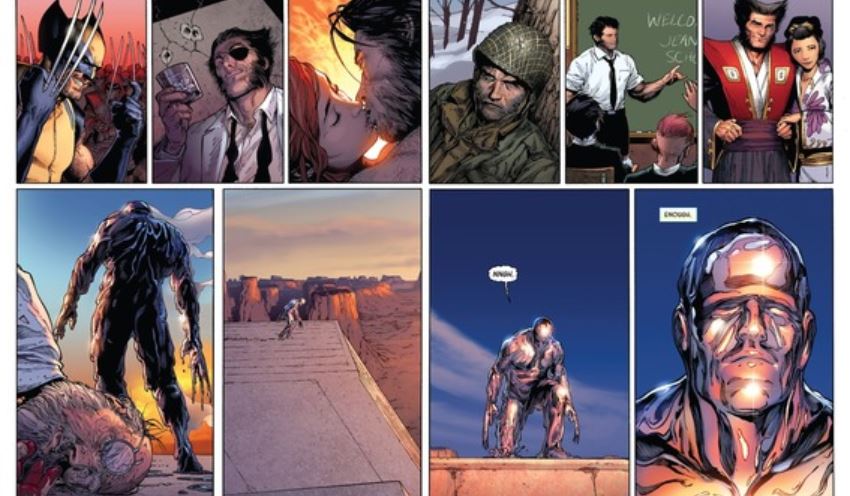 This decade was not a good time for mutants. Wolverine could be a prime example. In 2014’s The Death of Wolverine arc, Wolverine realizes that Doctor Cornelius, the scientist that was responsible for wiping out Logan’s memories and giving him his adamantium enhancements in Weapon X, is planning to turn more such mutants into his personal killing machines. Wolverine does not have his healing powers anymore but he still kills Cornelius. To stop the adamantium from being pumped into the innocent mutants, he cuts off the pipes and bathes in the molten adamantium him-self. Why would not he just find the off button on the console rather than make it so over-dramatic we will probably never know. 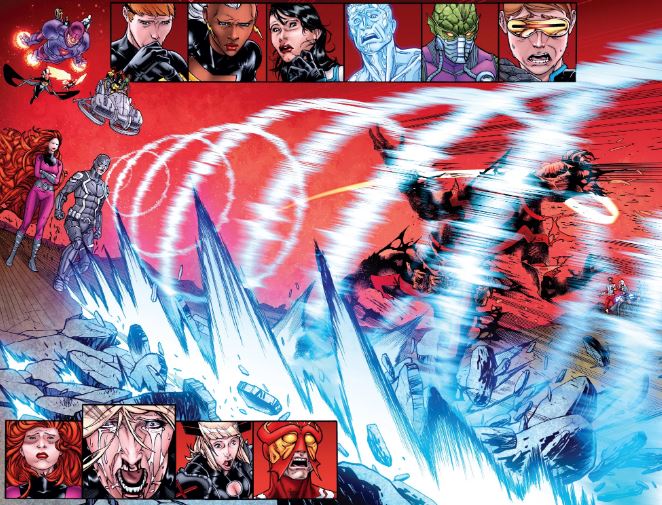 Like we said earlier, the Mutants were not in the best of places between 2010 and 2020. A lot of their people died in the Decimation arc. Avengers vs. the X-Men also helped discredit them even more. And after Black Bolt released Terrigen Mists throughout the world and it was discovered that Terrigen Mists are deadly to mutants, there was another bout of bad luck for the mutants. Cyclops was seen fighting Black Bolt to exact revenge for his actions but ended up being killed by the latter. Turns out it was all just an illusion. Cyclops had already contracted M-Pox when he was trying to destroy a Terrigen Mist Cloud and died long ago. For a guy who is considered to be one of the greatest strategists in X-Men history, he sure is dumb. 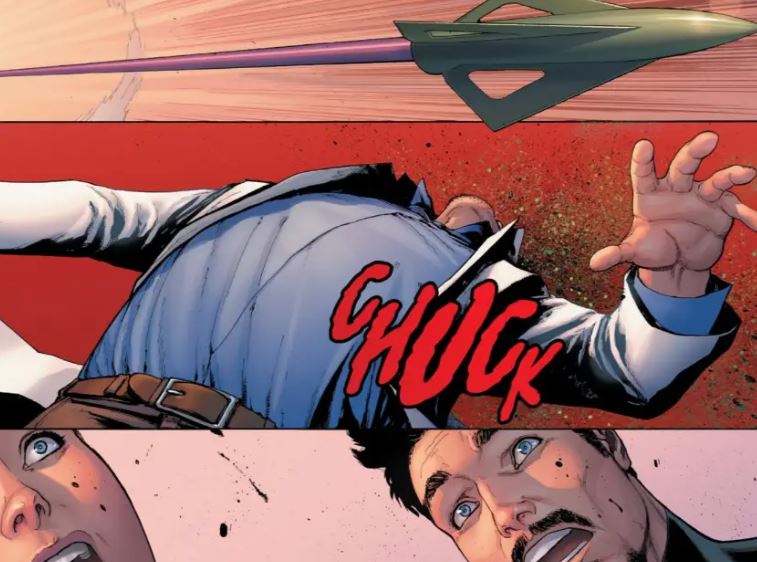 In the Civil War 2 storyline, the superheroes are again divided amongst themselves when an Inhuman called Ulysses reveals he has the ability to accurately pinpoint the future with a hundred percent accuracy. Captain Marvel wants to use Ulysses to apprehend criminals before they did a crime while Iron Man believes that using Ulysses’ powers will only lead to further repercussions and humanity should not play with the forces of fate. The Hulk, who could have potentially joined Iron Man’s faction, was quickly taken out by a specially made arrow that Bruce Banner him-self designed and entrusted Hawkeye to use it should he ever lose control. The Hulk dies but is resurrected as the Immortal Hulk, a darker version of the Hulk. 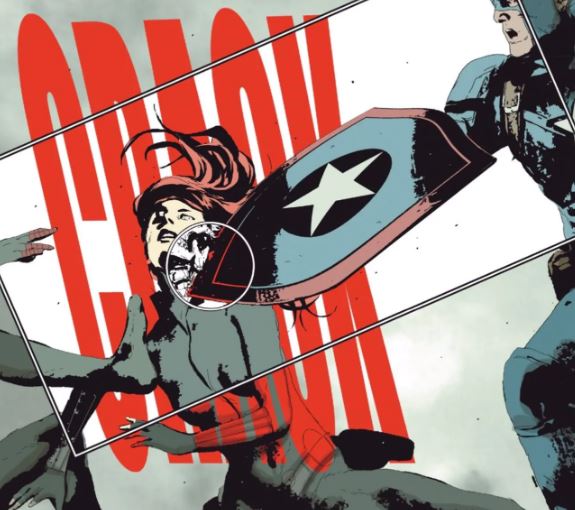 While the Secret Empire storyline will always be remembered for Captain America’s Hail Hydra moment, there are several other events that are also equally unforgettable. Chief amongst them has to be the death of Black Widow. After Captain America sided with Hydra, Black Widow became part of the Resistance and opposed the rule of Hydra. Cap and Black Widow came face to face when Natasha was trying to save Miles Morales. Captain America swiftly dealt an incapacitating strike to Black Widow’s neck using his shield, breaking her spine and killing her instantly. A clone of Black Widow returned later with all of the memories of the original Black Widow so that damage was undone quite quickly. 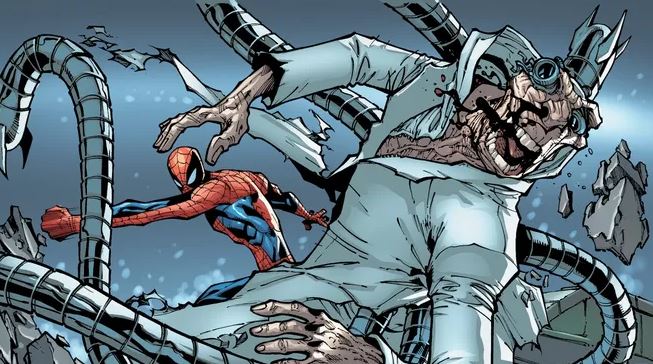 Doctor Octopus may be a villain but he does what he does to make his mark and change the world. As a visionary with grand ambitions for the planet, Doctor Octopus did not have enough time to enact his plans. So in the “Dying Wish” story arc, Doctor Octopus does the impossible and swaps bodies with Spiderman aka Peter Parker. Doctor Octopus’s body with Peter Parker’s mind soon dies, leaving fans disturbed and devastated. On the other hand, Peter Parker’s memories start changing Doctor Octopus, who becomes the Superior Spiderman. Spiderman’s death is short-lived though. Doctor Octopus rests control of Peter’s body to save the love of his life, Anna Marconi. Doc Oc soon comes back from the dead in a new avatar after creating a clone of his original body.