The pages of Marvel Comics are home to some of the weirdest creatures of the fictional world. There are beings that are beyond human comprehension. Gods, aliens from other planets, cosmic and abstract entities, extra-universal beings – all are a part of the Marvel Comic Book Universe. But Marvel has never shown itself slowing down when it comes to the weirdness quotient. The Ghost Rider is a being from Biblical times. First, an Angel sent from heaven, Zarathos was corrupted by human malice and captured by Mephisto, who used him to possess human hosts under his command to create the Ghost Rider. The Ghost Rider is one of the most powerful creatures in existence. And Marvel has just created an Anti-Ghost Rider, a being that is the polar opposite of the Ghost Rider. If you thought only Venom had rights to that story, you are dead wrong folks.

SPOILER ALERT: Major Spoilers for Ghost Rider #4 up ahead. Enter at your own risk….

Twists and turns have taken the supernatural and cosmic arena of the Marvel Comic Book Universe by storm. Mephisto, the Demon Lord of Hell, has been cast out of Hell. He no longer rules the dimension of Hell-fire. Doctor Strange currently holds the Lord of Hell captive. In his absence, the Realm of Hell has been left with a huge power vacuum. And Johnny Blaze has answered to fill that void. Johnny Blaze, the most popular Ghost Rider, is now the new ruler of Hell.

When Danny Ketch, another Ghost Rider, confronts Johnny Blaze, things start to get ugly. Ketch claims that Johnny Blaze’s hostile takeover of Hell is affecting him very badly. The spirit of Vengeance that resides within him is lashing out because of Blaze’s violent acts affecting the realm. Johnny Blaze is slowly becoming more evil with each passing day, the seat of Hell affecting his state of mind. Having had enough of Ketch’s chiding, Johnny uses his newfound powers as the Lord of Hell to separate Ketch’s Spirit of Vengeance from him. 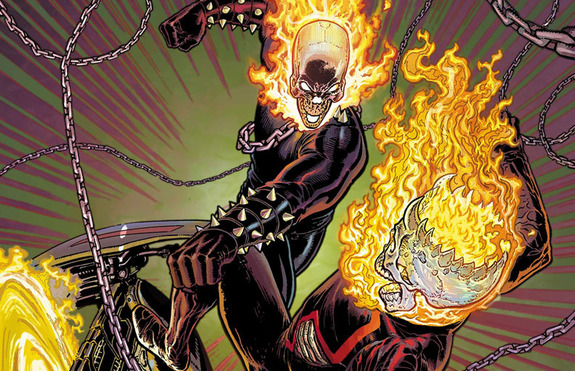 Danny Ketch falls into the depths of Hell and comes back to Earth, where he is rescued by his friend, the Caretaker. But during all that, Ketch has a vision of a powerful entity from the past.

The vision he has is of Necrosis – a creature from the Limbo Dimension that was created to fight the Ghost Rider. Necrosis is the Anti-Ghost Rider!!! 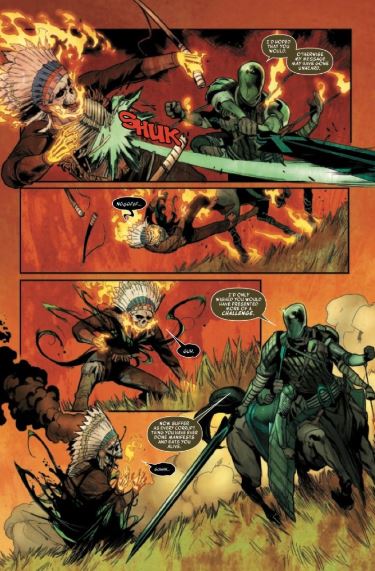 Danny Ketch’s vision takes the readers to the past. To be precise, we travel about 4 centuries ago to a fight between the Native American Ghost Rider of 1654 and Necrosis, the demon warrior of Limbo. The Ghost Rider finds Necrosis by following the trail of dead bodies of massacred tribes, finally reaching Necrosis. There Necrosis fights the Ghost Rider, stabbing him in the chest. To the readers’ surprise, the legendary invulnerability of the Ghost Rider plays no role as the stab wound starts oozing out a blackish-green substance. 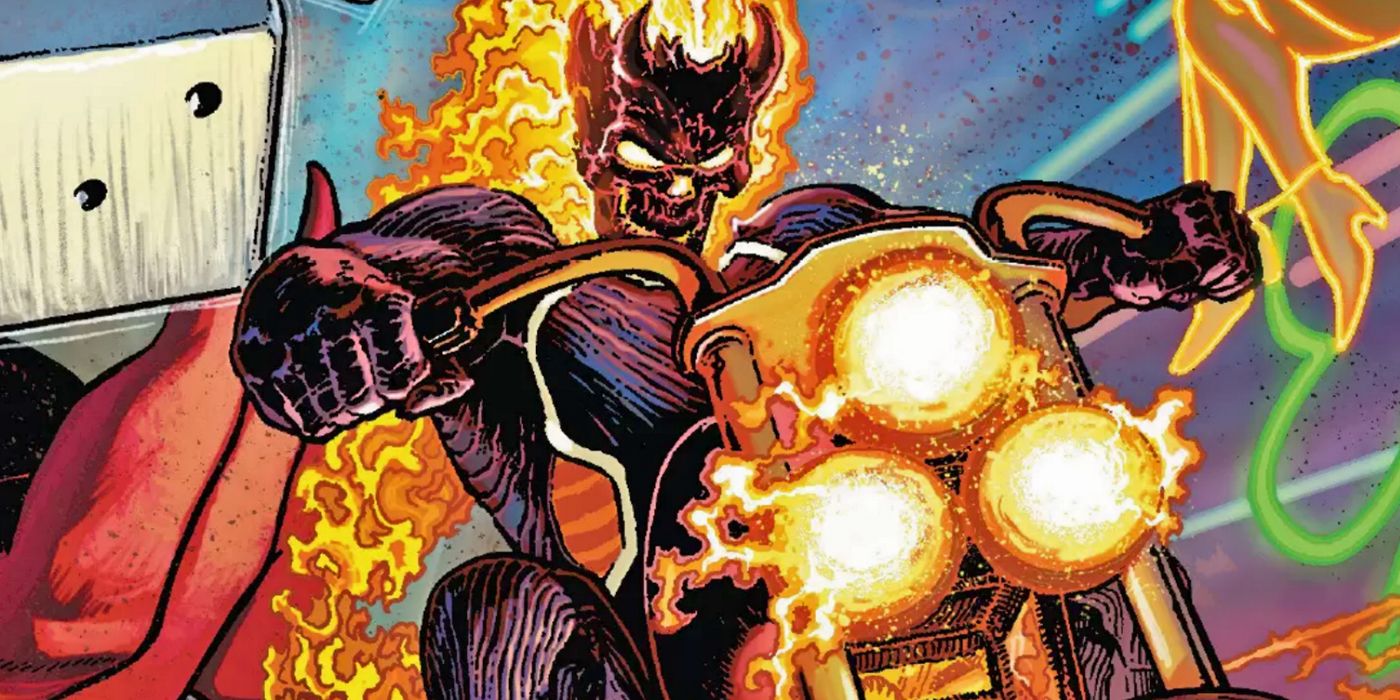 Necrosis reveals that he had purposefully left a trail of corpses to lure in the Ghost Rider. As the Ghost Rider literally starts to crumble to dust, Necrosis conveys a message to Mephisto through the dying Ghost Rider – The Spirits of Vengeance are ordered to stay out of the Dimension of Limbo, on the orders of Necrosis’ master – Belasco, a Demon Lord that rules Limbo. 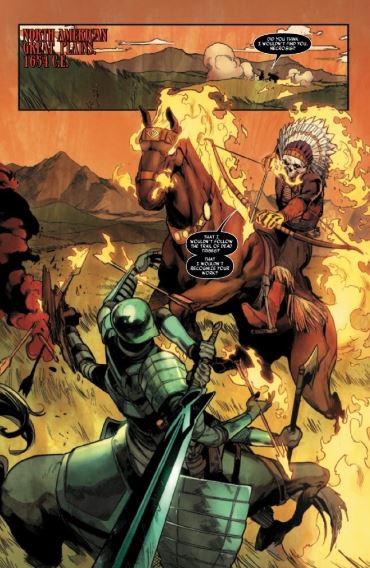 How a four-armed Centaur managed to kill Ghost Rider is a mystery that needs to be solved. Where Ghost Rider’s Penance Stare makes the victim see all the corrupt things the victim has done as the person slowly succumbs to his death, Necrosis’ strike makes Ghost Rider die by using all the corrupt things Necrosis has ever done in his life and somehow turning it into a weapon that could kill a seemingly immortal being. Even his abilities are the polar opposite of Ghost Rider’s.

Danny Ketch might be able to enlist the help of Necrosis to try and fight the now corrupt Johnny Blaze, who still houses the Spirit of Vengeance within him. It is only a matter of time before things come to an explosive end.