Deadliest Members of Birds of Prey:

The Birds of Prey Superhero team is the latest to gain their feature-length live-action adaptation under the DC Extended Universe banner. They are one of the most well-known all-female superhero team from the DC Comic Book Universe. And throughout history, from its inception to its eventual shot to fame, it has featured some of the most powerful superheroes the world has ever seen. The ones we see in the movie trailer are just the tip of the ice berg. With a hugely rotating membership, Birds of Prey have had the opportunity to play host to some of the most diverse and exotic superheroines of DC. And mind you, all of them are as equally deadly. Some of them though, are a cut above the rest. And they are literally harbingers of death. 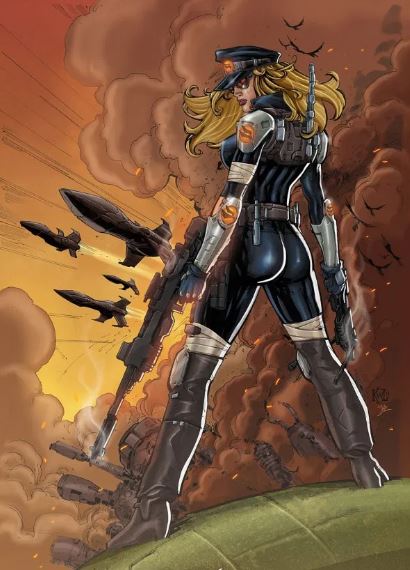 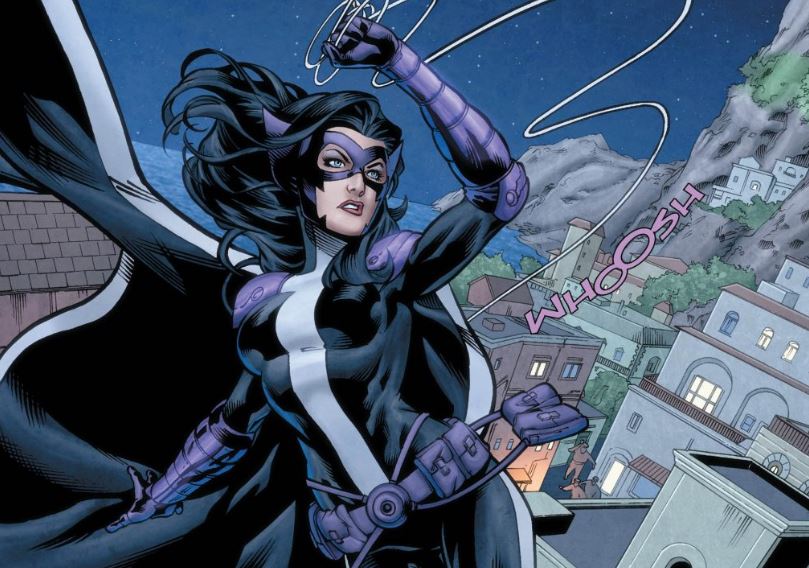 Huntress was born the daughter of one of the most feared crime bosses in Gotham and was the sole heir to the Bertinelli family. When she was just a kid, Helena saw first-hand how tragic life can be when she saw her parents being murdered by a rival crime boss with her own eyes. She then strived to steel herself against all odds and years later, emerged as the Huntress – a brutally efficient vigilante that likes to use violent methods to get back at her enemies. The Huntress’ methods were so brutal that the Birds of Prey asked her to clamp it down otherwise she will be thrown out of the team. With almost a decade of experience under her belt, she is a veteran in her field.

Katana was once a highly valued government agent, specializing in assassination, deep infiltration and espionage. But she then became a part of the Suicide Squad and helped them accomplish almost every mission successfully. Katana is not just a wonderful fighter. Using her mystical Soul-Taker sword, forged with magical enchantments, Katana can trap any soul she slays within her sword forever. Katana will not shy away from a fight nor will she take a step back and think when it comes to killing someone. She does not hesitate in getting her hands dirty to get the job done, just like Huntress. This is what makes her even deadlier as an asset to the team. 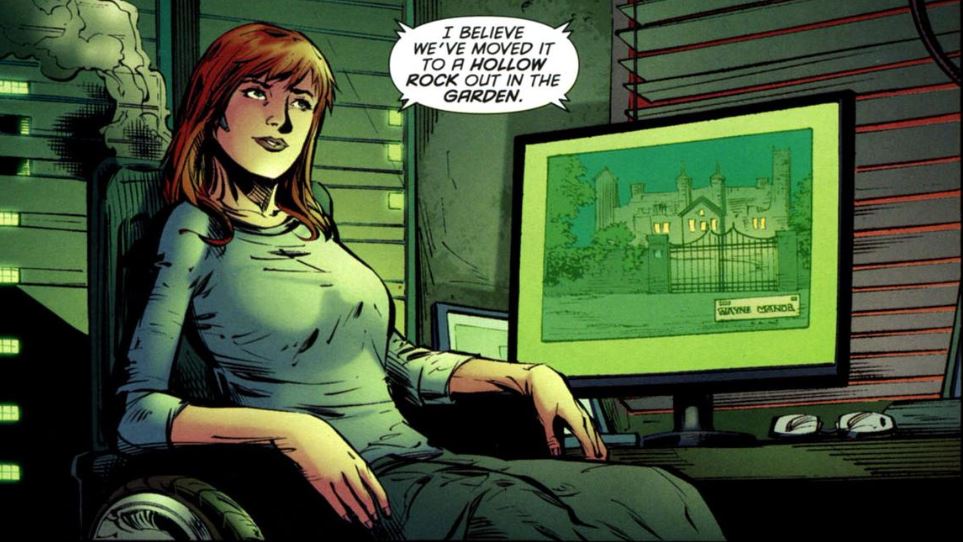 After the Joker paralyzed her from the waist down in The Killing Joke, Barbara Gordon left her post as the Bat Girl and became the oracle, one of the most gifted computer hackers the world has ever seen. Her disability does not make her deadly enough since she was one of the fiercest warriors in the Bat-Family. She could have been placed higher on this list if it were not for the Joker. As Oracle, Barbara is tasked with coordinating all Birds of Prey activities and mining for data and information. Barbara has salvaged the Birds of Prey from situations that looked bleaker than a monsoon cloud using nothing but her knowledge about computers and how to crack open the internet.

The popular superhero duo Hawk and Dove have both been part of the Superhero team that is Birds of Prey. But we mention Hawk here and leave Dove entirely out of the list for one particular reason – Hawk is a way better fighter than Dove and without Dove stopping him from ‘Hulking’ out, Hawk can do feats the superhero would have never even imagined off. Hawk is literally the embodiment of war and violence. Without Dove putting constraints on Hawk, the latter can actually reach a potential that is practically unheard of. 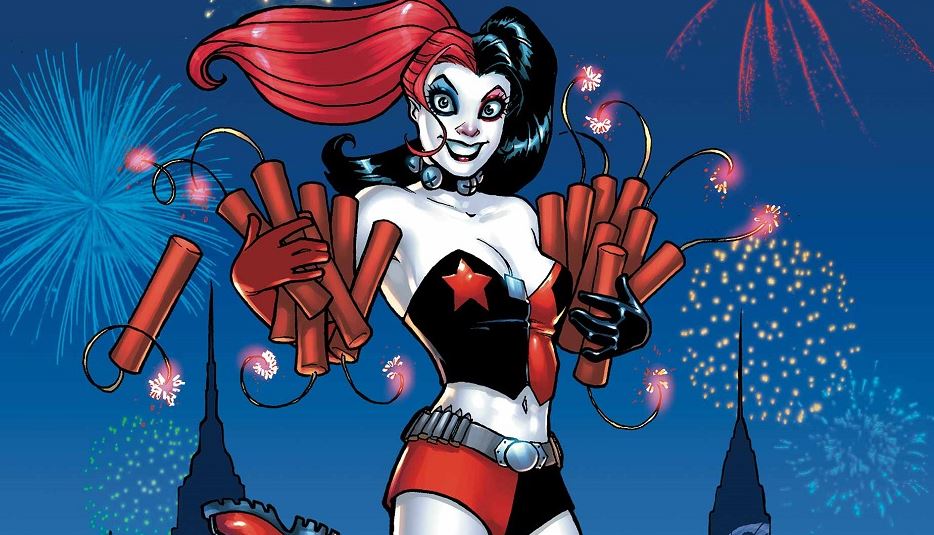 She is yet to become an official member of the Birds of Prey in the movie of the same name. Harley Quinn is still being positioned as a woman of her own, only seen as a side kick to the Clown Prince of Crime in the comic books. Until that comes into being, assuming her to be a part of the superhero team will be a mistake. But in case she does, we have to list out why she is so far up on this list. Harley Quinn is one of the most unpredictable fighters that had sometimes given even Batman a run for his money. Using unconventional agility and extreme resourcefulness in a fight, Harley has beaten insurmountable odds. We can only imagine the trouble she is going to foment for the bad guys in the movie. She is deadly as a blade and sweeter than a honey-cake, so basically the one true femme fatale. 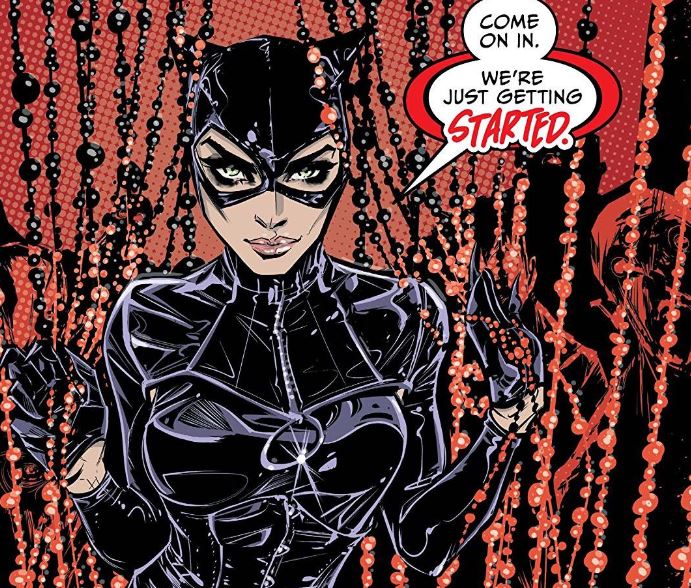 As a part of the criminal underworld of Gotham City, Selina Kyle holds connections and insights into a world that literally no other member in the Birds of prey team possesses. She has switched from being an ally to an enemy. She only joins the team when she wants to and most of the time, there is always an ulterior motive behind her coming back to the Birds of Prey. But she does make her time as a member worth it. Most of the time, Cat Woman ends up being a part of the front line action, aiding the members in fighting bad guys head on! But she has also undertaken supplementary roles. She is an overall all-rounder. The only problem is of her alignment to the Light Side is a bit of a blur. 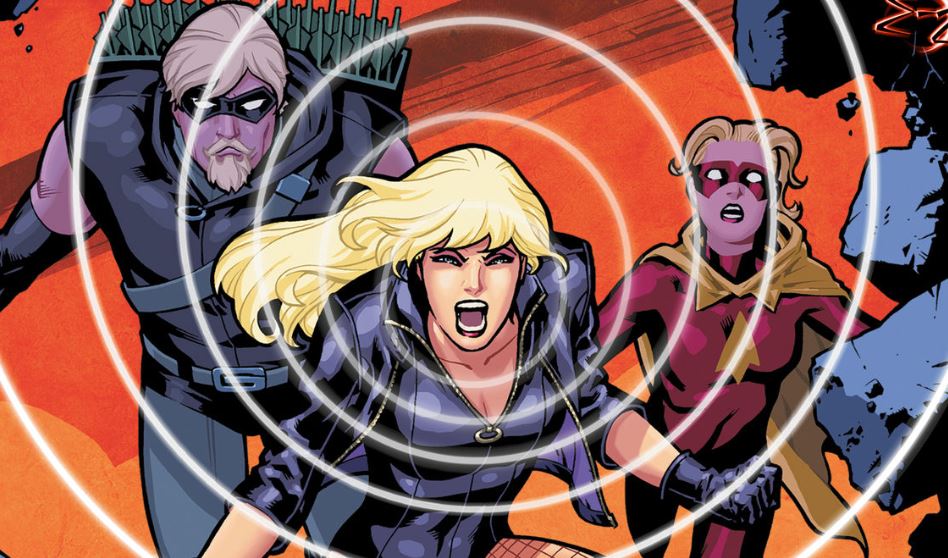 She was trained by some of the greatest fighters in the DC Universe. So it stands to reason why she is so high above in this list. She also has a super power, something almost all members do not possess and cannot boast of. Her supersonic scream, called the Canary Cry, is strong enough to knock down walls and even battle tanks. Using a combination of her martial arts skills and her supersonic scream, Black Canary has the potential to do some serious damage to her enemies. We could have placed her higher on the list but could not because of her moral code. Black Canary may know ten different ways to kill someone but she will still try to incapacitate an opponent and always refrains from taking a life in cold blood. 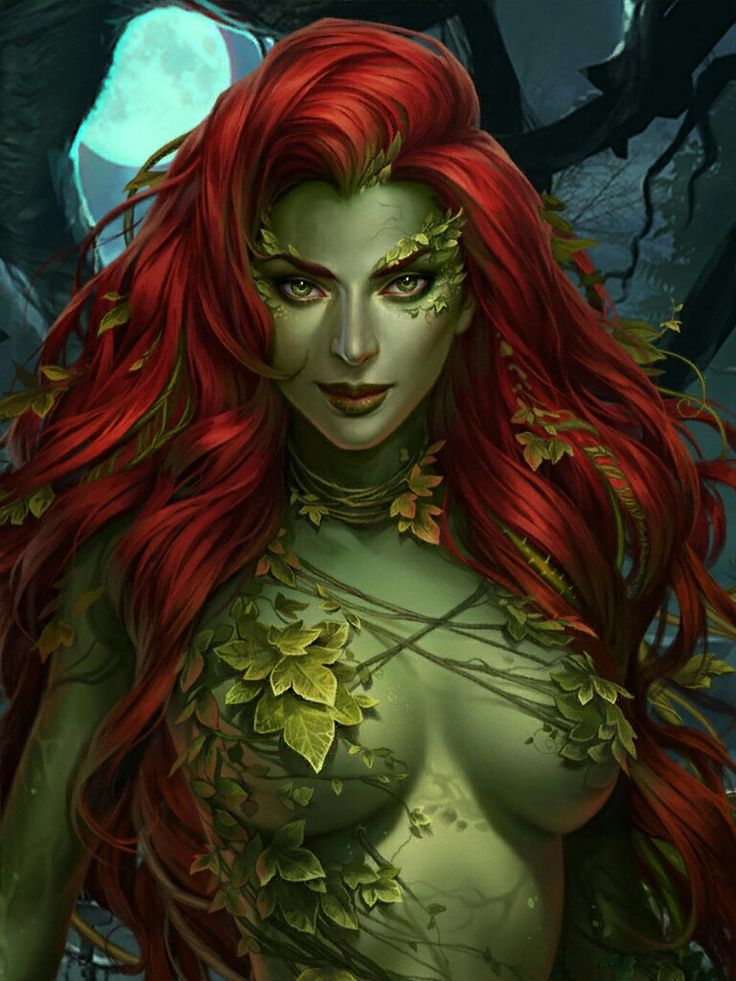 Pamela Isely was a biological researcher before an accident left her with a strong connection to the Green – the supernatural force that connects and binds together all plant life. She was traditionally seen as a Batman villain but the New 52 re-launch put her as a member of the Birds of Prey. There was some serious friction between Ivy and the rest of the members but that is all water under the bridge now. Her control of plant life is only one way she is valuable to the team. Her knowledge of chemistry is also very useful and she has even managed to use it offensively in combat. Poison Ivy is also one of the few members that have managed to take down even Superman, using her mind control powers to manipulate the Man of Steel into doing things he consciously never would. 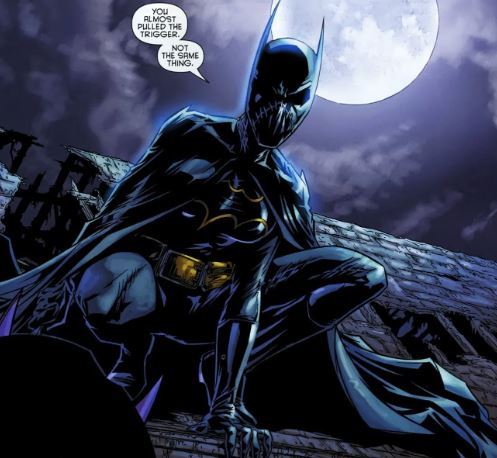 She may be the youngest of the bunch but she sure is one lethal weapon. Ever since she was a child, her parents – Lady Shiva and David Cain – two of the strongest fighters of the DC Universe, trained her in the art of martial arts. David Cain especially took it upon himself to teach the young girl how to read Body Language and use it to predict her opponents’ next move. Cassandra Cain has learned the art perfectly, to the extent that even Batman admits he would find it extremely difficult to take on Cain. As she gains experience and becomes a full-fledged and popular superhero, her skills are only going to sharpen even more. 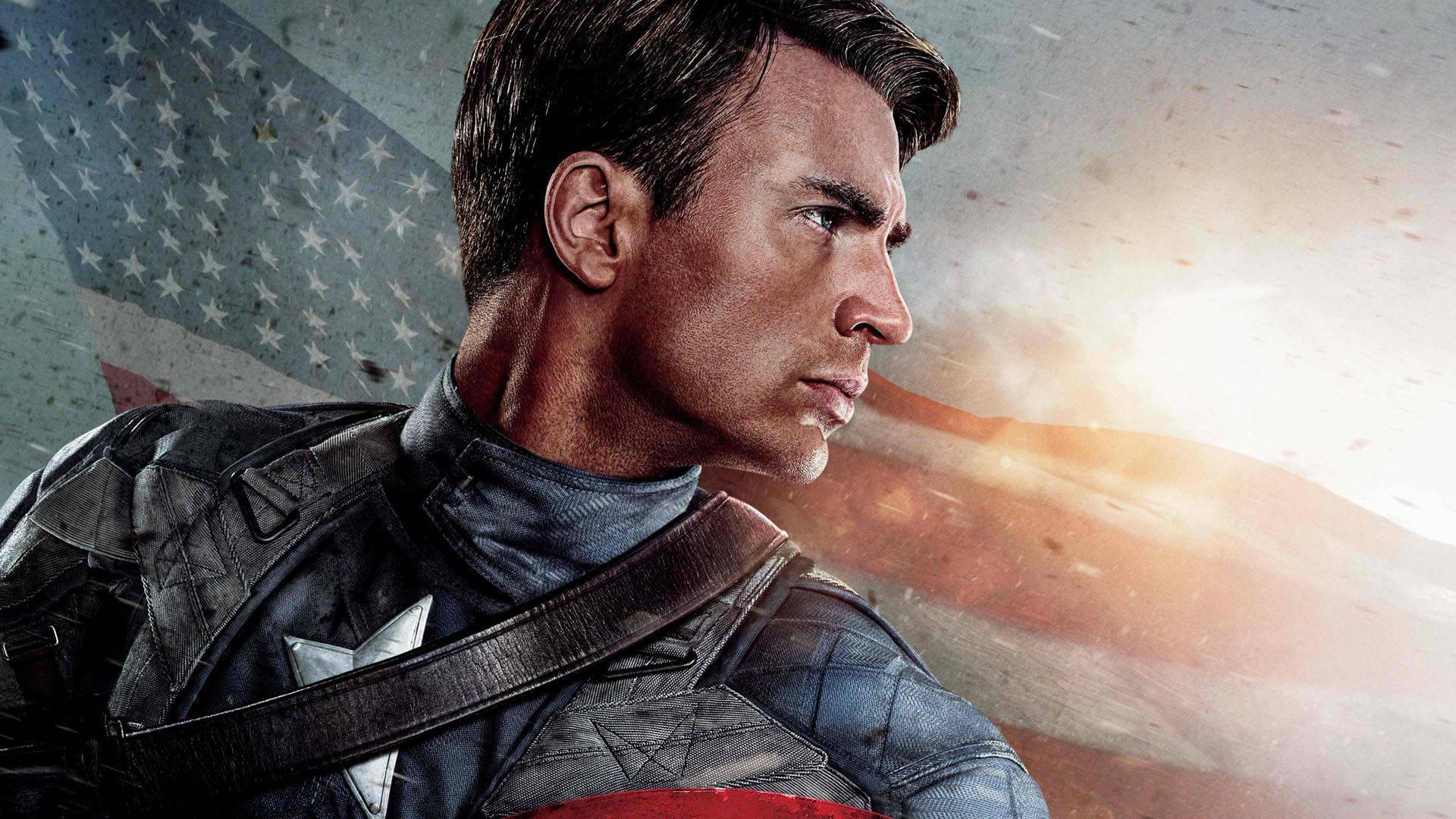 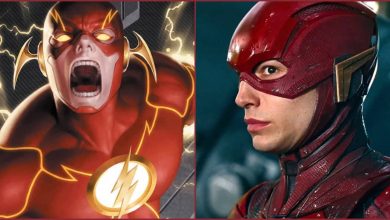 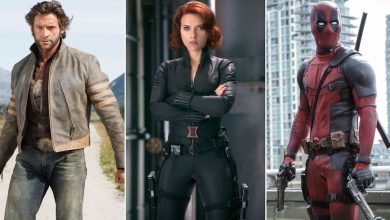 10 Deadliest Assassins From Marvel Comics – Ranked According to Lethality 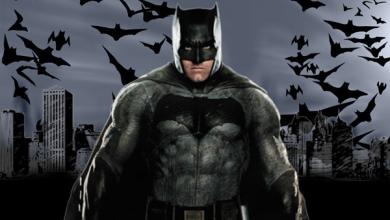