There has been a lot of commotion lately on one of the unlikeliest of superhero crossovers. DC Comics’ Batman – the World’s Greatest Detective and credited by Superman as the most dangerous man on Earth, crossed paths with the Teenage Mutant Ninja Turtles – the funky quartet of kung-fu spewing bipedal turtle squadron. The rest is practically history. Fans received the crossovers very well indeed. What all began in 2015 has finally exploded all over everyone’s face. This time, Batman and the Teenage Mutant Ninja Turtles are not just joining forces. They are literally joining into one entity!! An all-new superhero has just been brought into the fold if pop culture. Presenting – Batman and Teenage Mutant Ninja Turtles combine to form all-new terrifying superhero!! 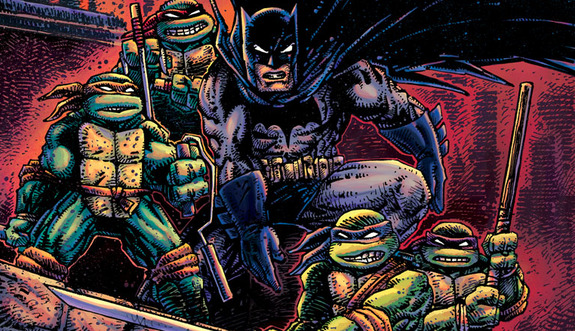 SPOILER ALERT: Major Spoilers for Batman/Teenage Mutant Ninja Turtles III #6 up ahead. Enter at your own risk….

The superhero we are talking about has debuted in the final part of the Batman/ Teenage Mutant Ninja Turtles trilogy. The turtles have found their way into the DC lore in various ways. They were seen in the animated adaptation of the crossover between Batman and TMNT. They are also there in the Injustice 2 video game, lending a hand to the Batman and his group. The new superhero was the courtesy of the supervillain Krang, who used his powers to merge the Dark Knight with the rest of the turtles. The result was a one shelled abomination of a sentient being. 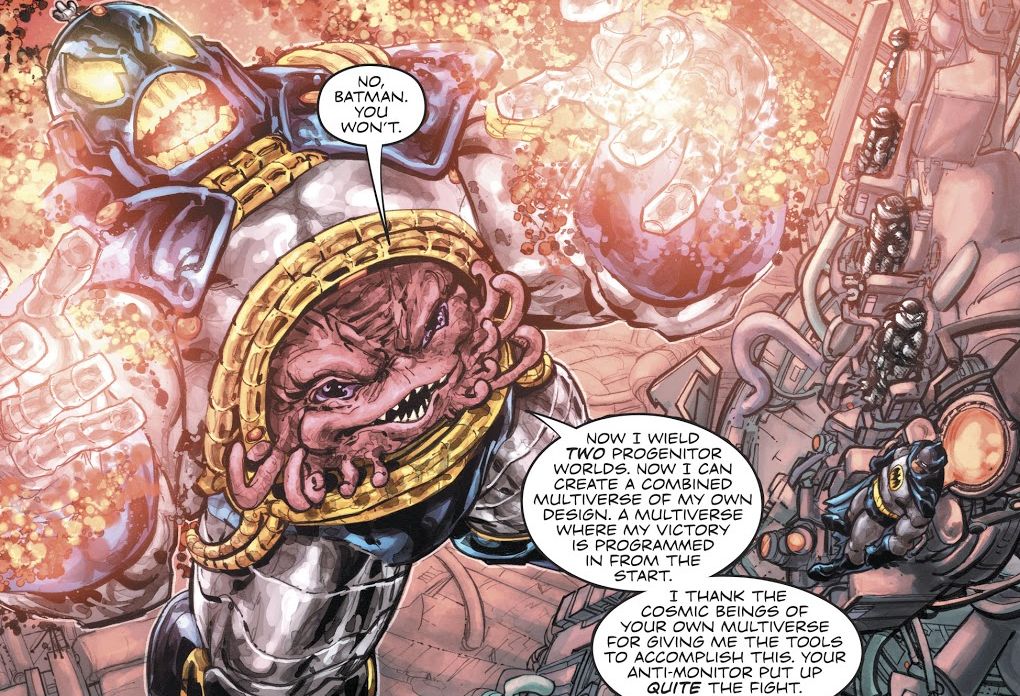 Krang is a villainous warlord from Dimension X. The crux of the final part of the trilogy is that Krang somehow found his way to the Anti-Monitor – the DC Universe’s super-villain who holds powers to wipe out the entire universe. Krang not only bested the Anti-Monitor but also forced him to merge with him. The new Krang-Anti-Monitor entity is now a threat not just to Dimension X but the entire Multi-Verse. Krang intends to use his powers to take down the rest of the universes and add them to his collection of territories. To do that, Krang wants to manipulate the timeline and histories of the universes he is eyeing to conquer.

And when the turtles and Batman got in his way, this is what happened to them. 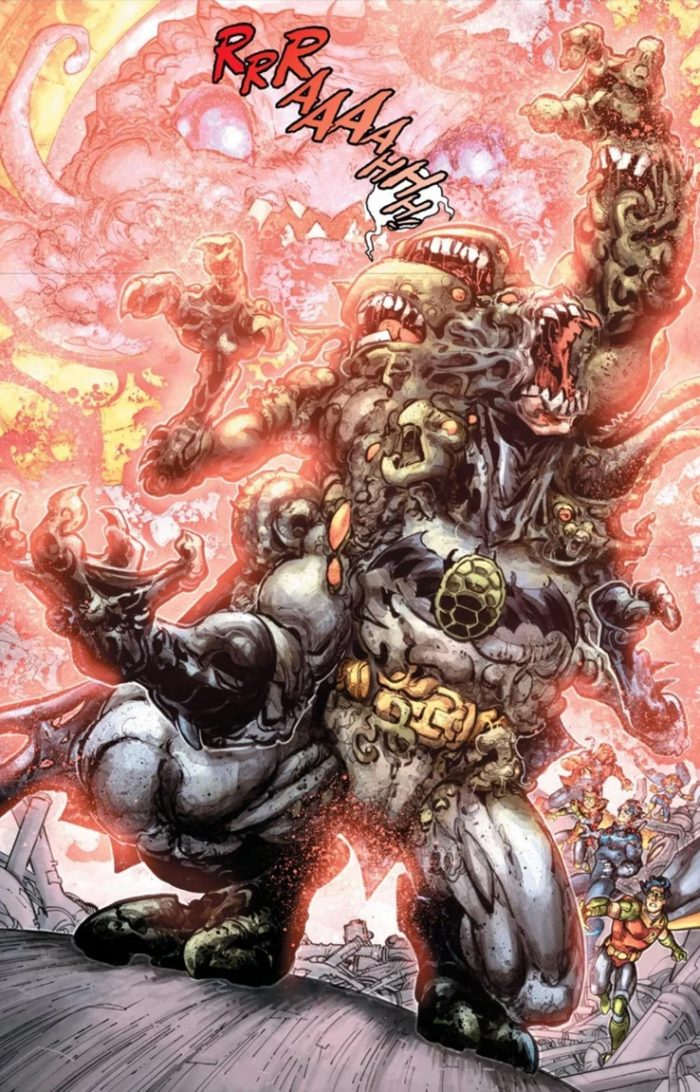 The Bat-Turtle is a visible monstrosity. It is neither Batman nor turtle. It is an amalgamation of all the five entities that were forcibly put together like a hurried jigsaw puzzle done incorrectly. The body does not possess symmetry at all and has five heads of distributed throughout the upper torso of the body randomly and each head has an unequal proportion. The creature just lets out a single scream. It probably does not possess the ability to speak words and is now of a highly primal mind-set. The combined symbol of the Bat-Turtle, with a shell in the center of the traditional bat insignia, is a welcome gesture but other than that, the creature is an ugly looking abomination. 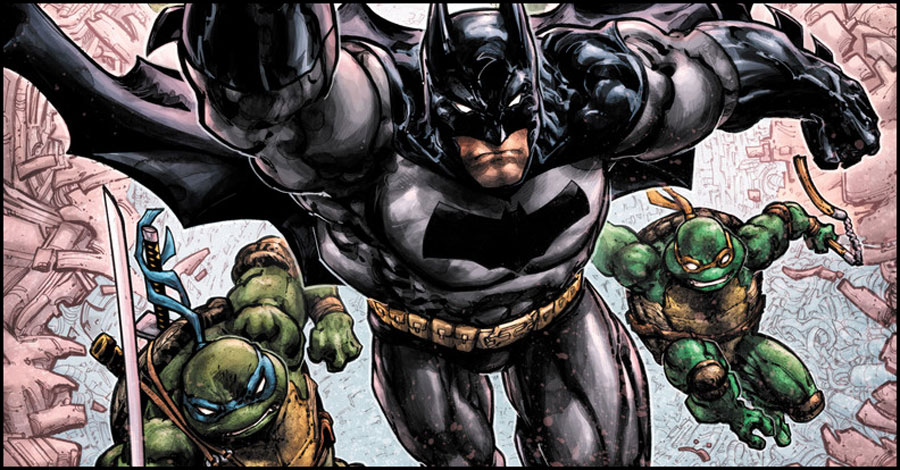 But wait that is not the end of the story! While the creature that is formed out of the combination process is still undergoing materialization, the individual entities of Batman and the Ninja Turtles take their strolls down memory lane, realizing the importance of family and what makes them stronger. They eventually split before Krang could complete the process and this time, successfully manage to push back the universe hopping warlord. 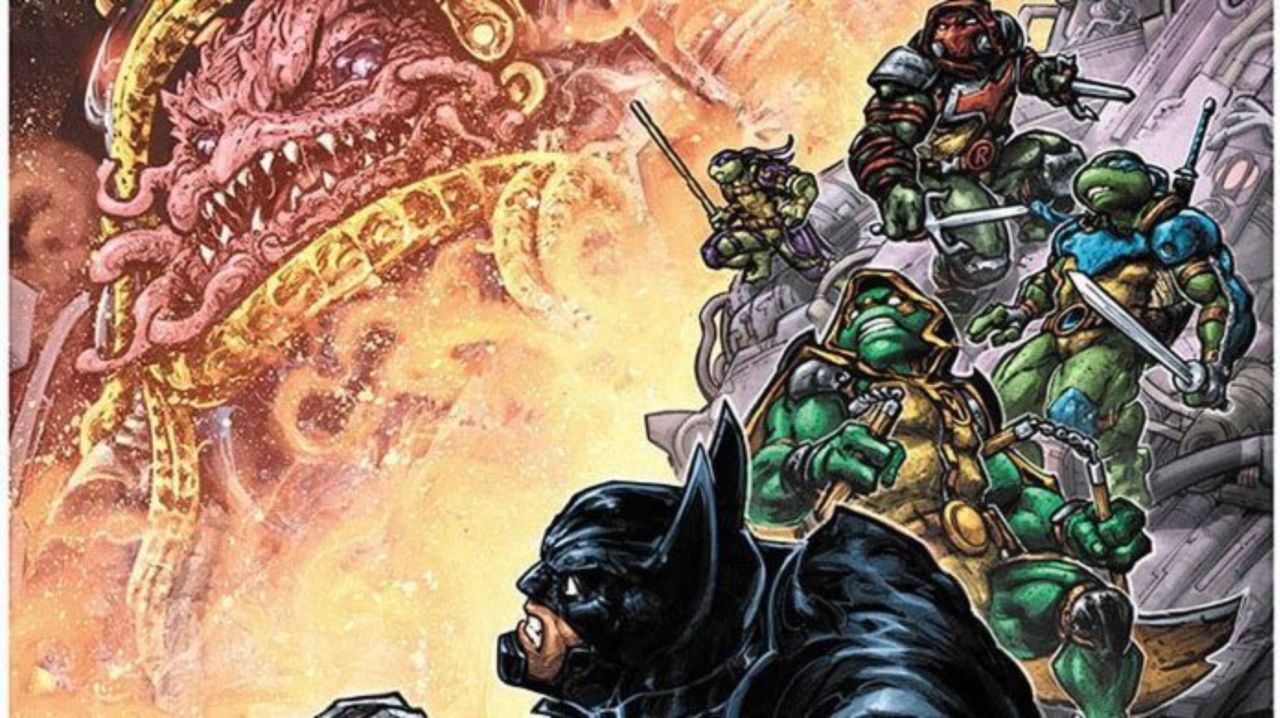 Krang has really screwed up the timeline this time. The result of his meddling has resulted in an entirely new DC/TMNT lore. Batman was raised by Splinter, his butler in the new timeline, alongside the rest of the Ninja Turtles. Batman and the Turtles are literally a family now. There were other characters that were also affected. The Joker and the Shredder merged to form the Laughing Man, who is the leader of the Smiling Clan. That is just one of many more examples yet to come! 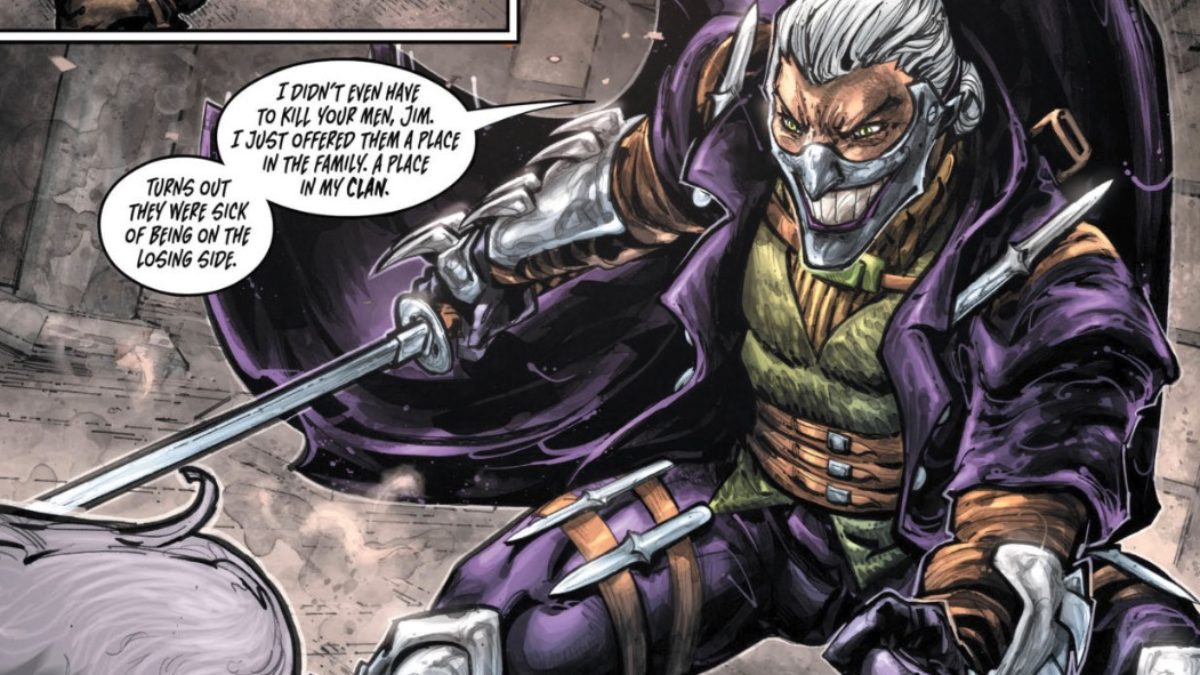 The Turtles now replace the Bat-Family as Batman’s Bat-Family and his side-kicks and confidantes. This will probably be the last time the Turtles join forces with the Batman. But we are hopeful they can do this one more time for the fans. For now, there are already talks of the Teenage Mutant Ninja Turtles coming to the Marvel Comic Book Universe and cross paths with Daredevil, the Man without Fear!!! 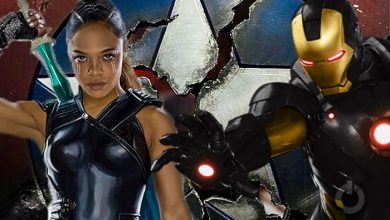 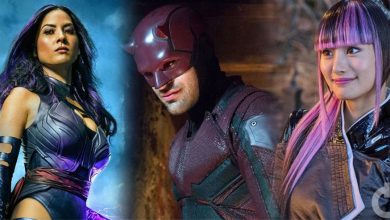 10 Marvel Characters That Are Basically Ninjas of The Modern World