The Hulk is a being of pure strength. With raw oozing brutish kind of power akin to those of the Gods, the Hulk talks less with his mouth and does more with his fists. As the years have passed, the Hulk has become one of Marvel Comics’ flagship superheroes and has starred in a variety of storylines. In several of these arcs, Bruce Banner has manifested a version of the Hulk that could be weak or strong depending on the situation. While the stronger versions have been worked out in detail in another list, we would be doing the other one now. 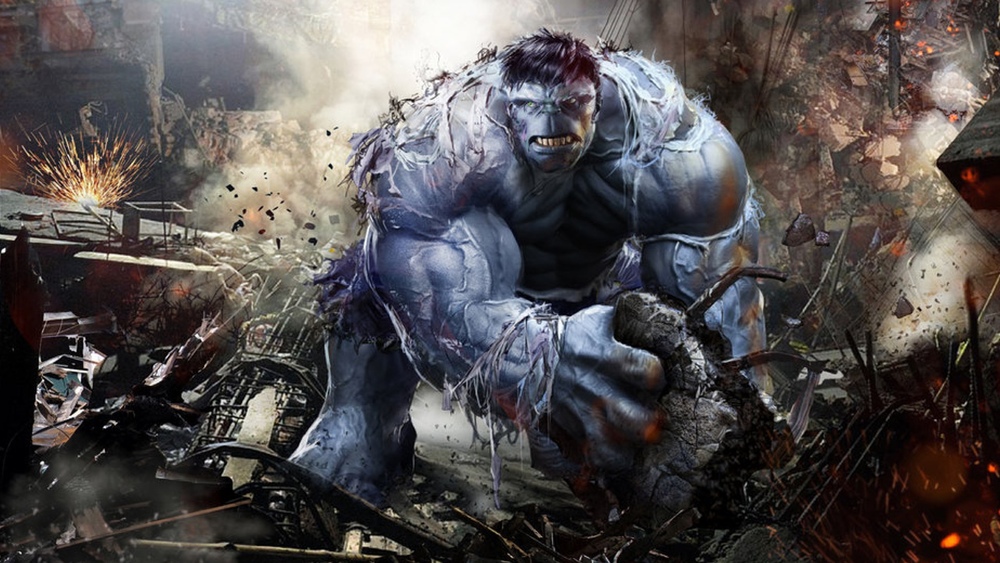 The Grey Hulk is the weakest version of the Hulk ever. It was the first ever version of the Hulk that Bruce Banner transformed into in Marvel Comics in his debut issue as well. The Bruce Banner could only transform into the Grey Hulk at night and the guy was significantly weaker when compared to the Green Hulk. It is later revealed that he was constantly in battle with the Green Hulk within Bruce Banner’s mind. He would eventually win since he was naturally stronger of the two, which is why we see a Green Giant instead of a Grey Goliath in the comic books and movies. 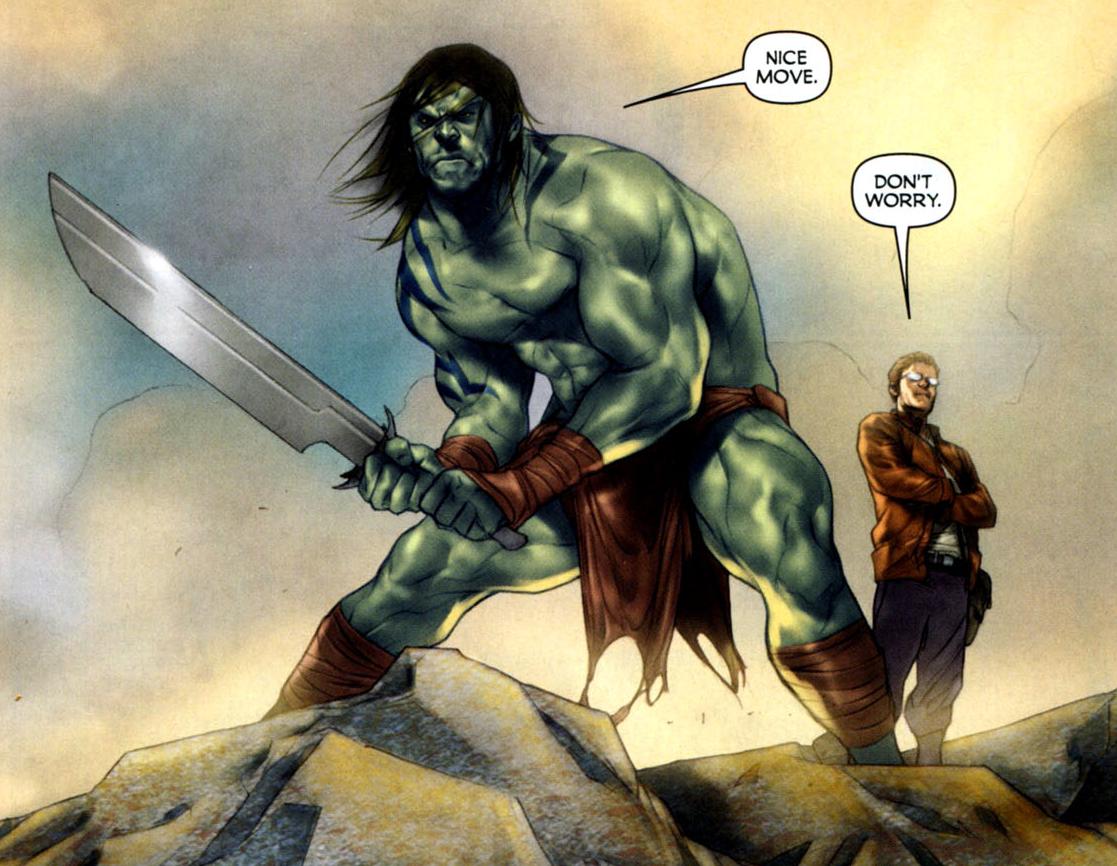 Skaar is the son of the Hulk and a woman native to Sakaar. Skaar has both his father’s Hulk powers and his mother’s Old Power – an ability to tap into the planet’s energy reserves to augment your own physical attributes. With a combination of both powers, Skaar was nigh unstoppable and would probably have ended up in the top spot in the Strongest Hulks list. But he has since lost his powers after his father absorbed all the gamma rays from his body. He still has access to his Old Power and is extremely strong, just not as much as he used to be. 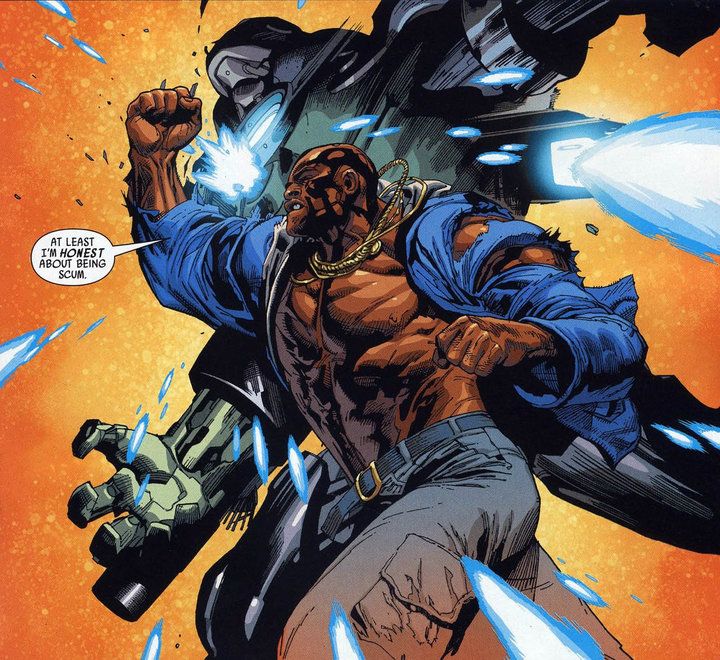 Tyrone Cash is a version of the Hulk that debuted in Marvel Comics in the Ultimates Universe. In this universe, Bruce Banner was not the first guy to turn into the Hulk. That honor goes to Tyrone Cash, the British Scientist who worked with Banner on his gamma-ray experiments to replicate the Super Soldier Experiment. Tyrone stole the prototype serum, injected himself with it and became a super-strong Hulk-Like gangster. He then ended up being killed by kick Fury after the war with the black market started selling super soldier serums supplied by Cash. 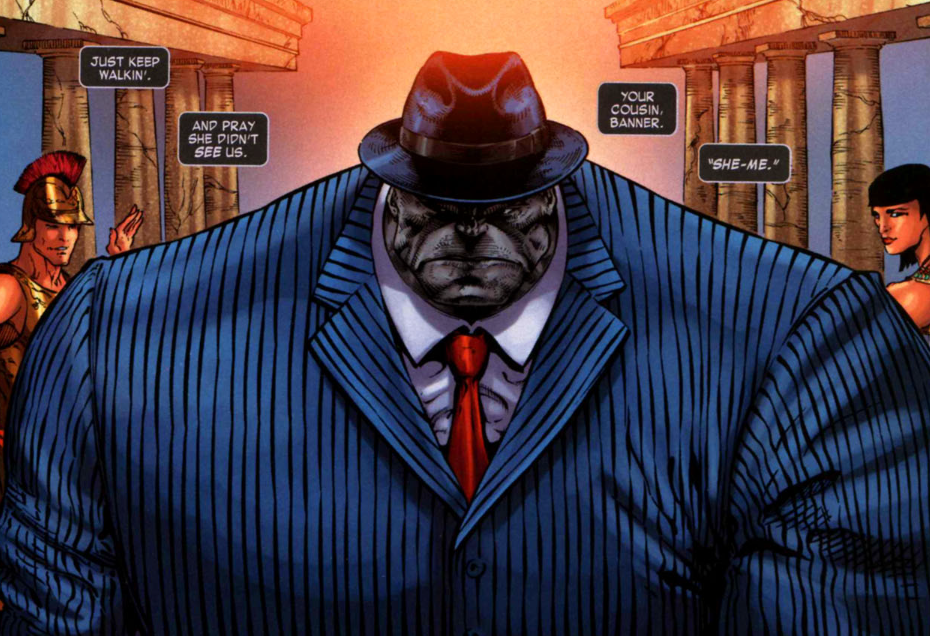 The Grey Hulk is the weakest of Hulk all time but there is a version of the Grey Hulk that occupies the last second position in this list. Mr. Fixit is the Green Hulk going grey, joining Hollywood and becoming a security guard. Yeah, Marvel Comics for you! Mr. Fixit does not have empathy, lacks morals and is no longer the super strong goliath the Hulk is known to be. He no longer becomes stronger with an increase in rage. But the one thing about this guy is that even without most of his original strength, he is still a badass who can squeeze you like a bug. So if I were you, I would not dare cross his path. This guy is also devoid of all morals so he would not even mind fighting dirty, unlike the Classic Hulk. 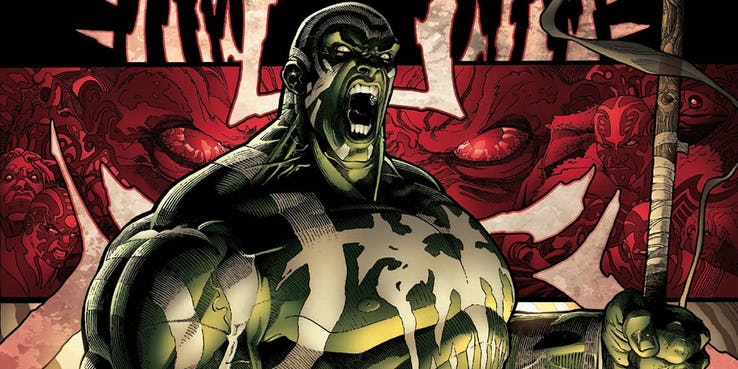 Yet another storyline where the Hulk achieves peace and contentment and let go of the anger within, the Aboriginal is the product of Bruce Banner achieving a zen-like state of mind in the House of M reality. In this reality, the mutant population is the majority and the humans are the ones being hunted. General Ross assumes the Hulk of this reality is a Mutant spy and tries to hunt him down. He manages to escape into Australia where he starts living with an aboriginal tribe and becomes a part of them, turning into the Aboriginal Hulk.

The Hulk 2099 is a product of the Marvel 2099 Universe. The Hulk of this alternate timeline universe is not actually Bruce Banner. Despite the Hulk being literally immortal, the Hulk of this timeline is another man called John Eisenhart. In this future, there is a cult that worships the Old one and calls itself the Knights of Banner. Eisenhart intended to exploit this cult to further his Hollywood career but ended up being turned into the Hulk of 2099 after taking part in a ‘harmless’ gamma experiment. The Hulk 2099 was an unstable creature and ended up dying soon after the gamma experiment led to volatile mutations in his body. 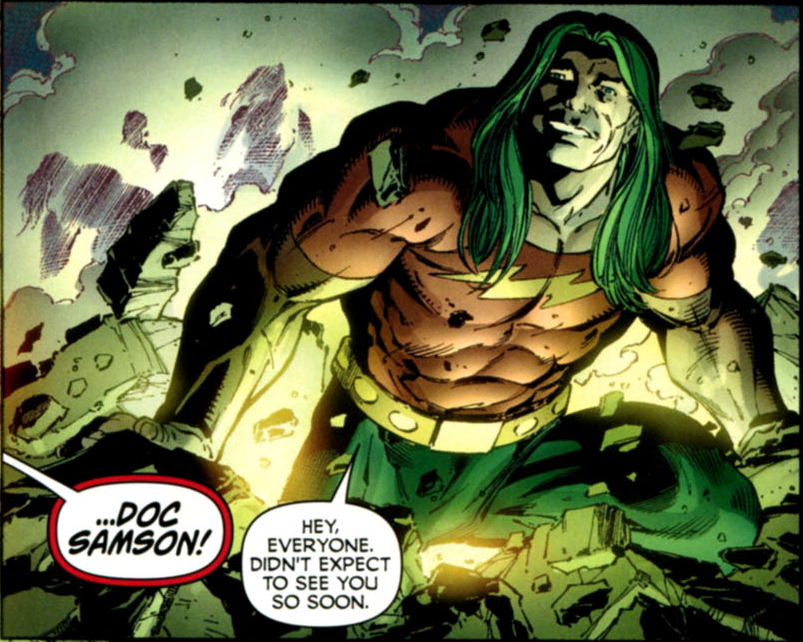 Leonard Samson was a scientist and a famous psychologist who thought he could not only cure Bruce Banner of the Hulk but also save Betty Ross’ life, who was in a crystalline form them. What ended up happening was Leonard absorbed a freaky amount of gamma radiation while trying to do the same and became Doc Samson. The only thing that ended up turning green was his hair. His power levels are nowhere near the Hulk since he absorbed only a limited amount of gamma rays. But he can still lift about 70 tons which is more than most of the superheroes’ strength in the Marvel Universe. 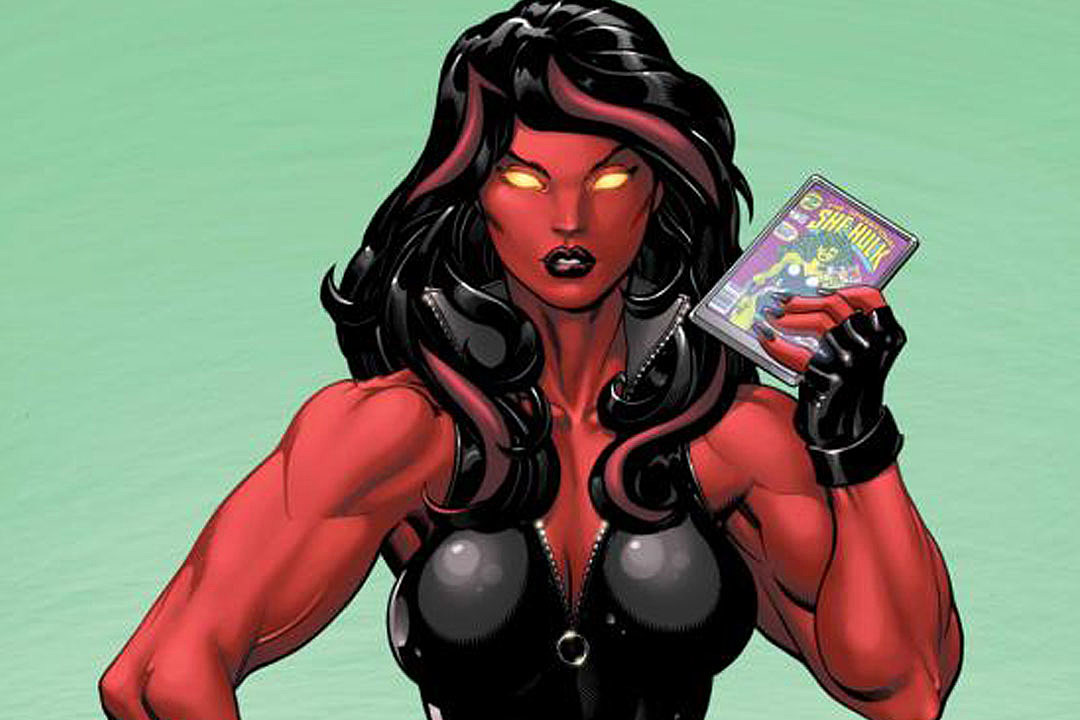 When this woman joined the Thunderbolts, no one knew who she really was and her identity was shrouded in utmost secrecy throughout several issues. That was later revealed to be Betty Ross, the long-time beau of Bruce Banner. It looked like she had a grudge to settle with the Hulk. But she had no control of her Red Hulk form and always lost in fights. After she was humiliated in a one on one fight with the She-Hulk, Iron Man had to give her a custom made sword to even the odds. 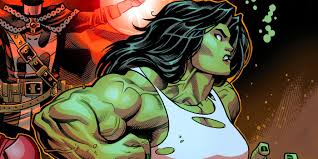 Jennifer Walters was an ordinary woman. She was a lawyer and an upstanding citizen of society. After she meets with an accident, Bruce Banner decides to give her a blood transfusion. The healing properties of Banner’s Hulk blood cells not only heal her body but also turn her into the She-Hulk, due to the gamma radiation in it. Bruce Banner has trouble controlling his form since he has had multiple traumatic experiences as a child, which means he can easily lose control and increase his strength levels. But Jennifer had a happy childhood so she is always in control of her form and thus, there is a cap as to how much strength she has access to. 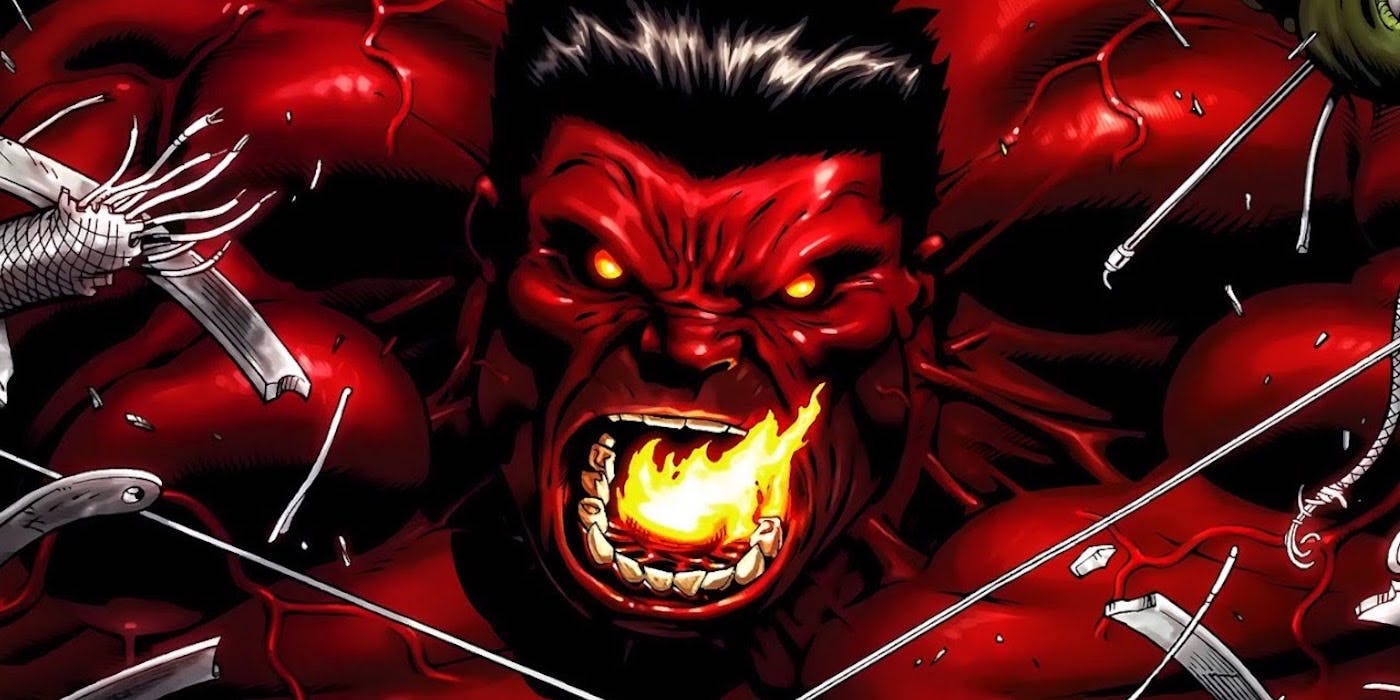 If you are a fan of the comics, you know that the biggest pain in the ass for Bruce Banner and the Hulk is not the Abomination or the leader. It is General Thunderbolt Ross. After years of chasing the Hulk for his own ends, Karma got to Ross, who himself turned into a red hulking monster called the Red Hulk. He is a jerk and Ross’ signature arrogance is amplified when in this form. He has one unique power- he can absorb the energies thrown at him making him more powerful as the fight goes on. But there is a limit to this ability and if the Red Hulk absorbs too much energy, he will revert back to his human form. 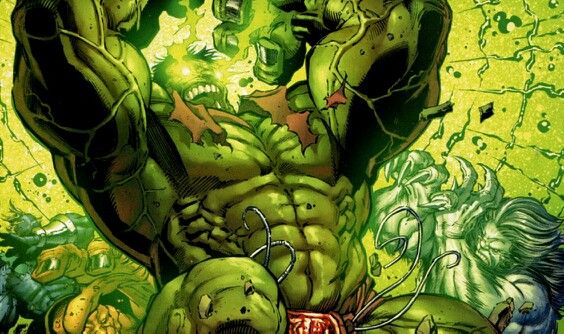 He is a manifestation of Bruce Banner’s anger level. The angrier he is at the world, the stronger he becomes. But what happens when the Hulk is finally at peace? What happens when Bruce Banner is finally content with his life and let go of the anger that fuels the Hulk’s strength? The answer is Green Scar. After landing on Sakaar and liberating its people, He was now a king, a husband and a soon to be a father. This version of the Hulk is stronger than the rest on this list but when compared to the stronger versions of the Hulk like the World War Hulk or the Old Man Hulk, he is a rookie in terms of strength.