Game of Thrones gained a huge fan base since its debut in 2011. The series was based on the novel A Song of Fire and Ice. Considering the title of the book, fans believe that it refers to Jon Snow who is from the frozen North, and Daenerys Targaryen who is born from flame. So these two characters are an important part of the series. They later reconfigure the politics of Westeros. Jon is the legitimate son of Lyanna Stark and Rhaegar Targaryen. This grants him the right to the Iron Throne instead of his aunt, Daenerys. Daenerys also has a strong military power mainly because of the three fierce dragons. Now let’s see the ways Jon Snow was the main character, and the ways Danny was.

Daenerys Targaryen Was The Mainstay 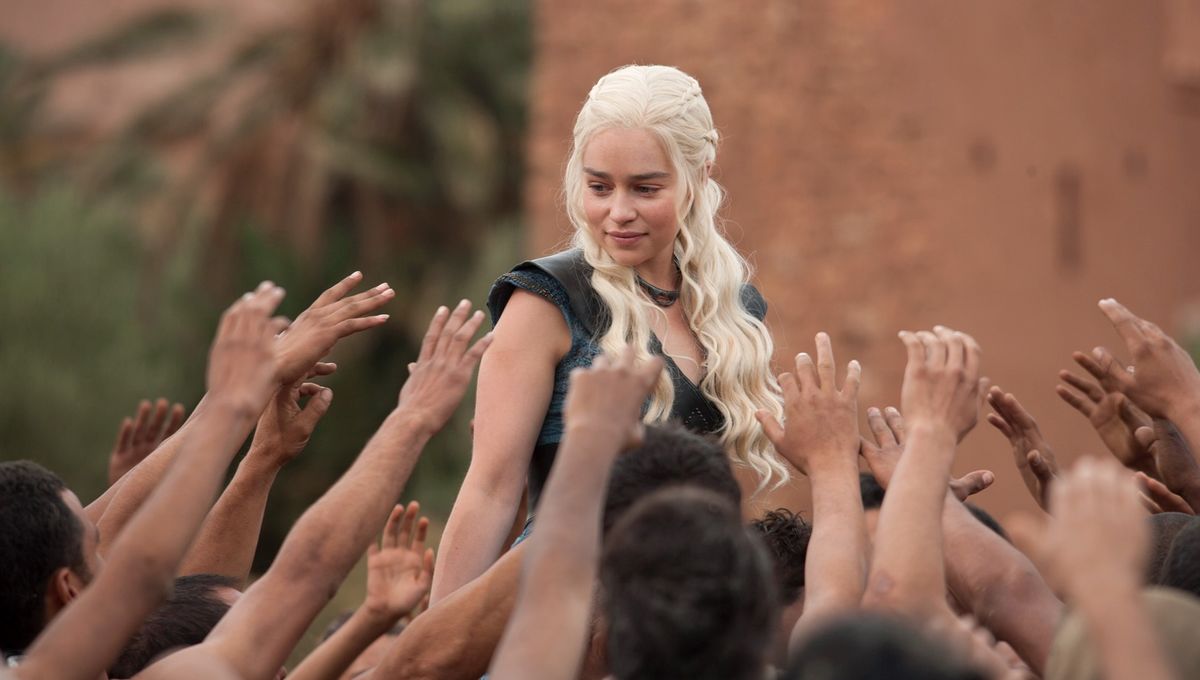 Daenerys was seen traveling along the coastline of Essos. She used to free the slaves from every state and city she used to visit. When she was in Meereen, she got to know that one of her previous victories was tainted by a coup. But her first instinct was to stay back and make sure that slavery is permanently abolished. Her decisions are benevolent considering she puts her desire to reconquer Westeros on hold for this purpose. This was also the reason why people did not hesitate to join her in her quest to become the ruler of Westeros.

2. She is literally fire 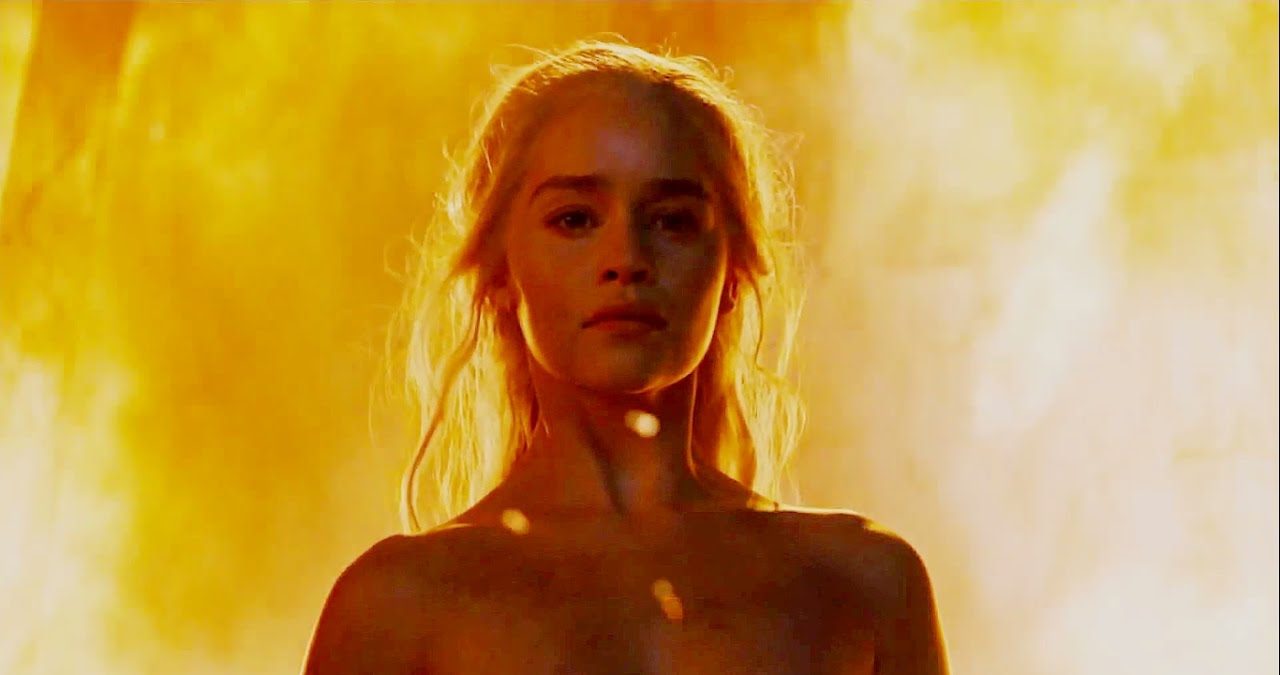 Daenerys is not a pyromaniac and cannot produce torrents of burning flame from her fingertips and set her body aglow with the force of a thousand sums. But Daenerys is immune to the destructive potential of fire. This means she can waltz in and out of infernos like she is wading through a pool of warm water. She could also force the collective Dothraki horde to submit them to her while she incinerates the other Khals and emerges victorious from the blaze.

3. She controls the largest military force 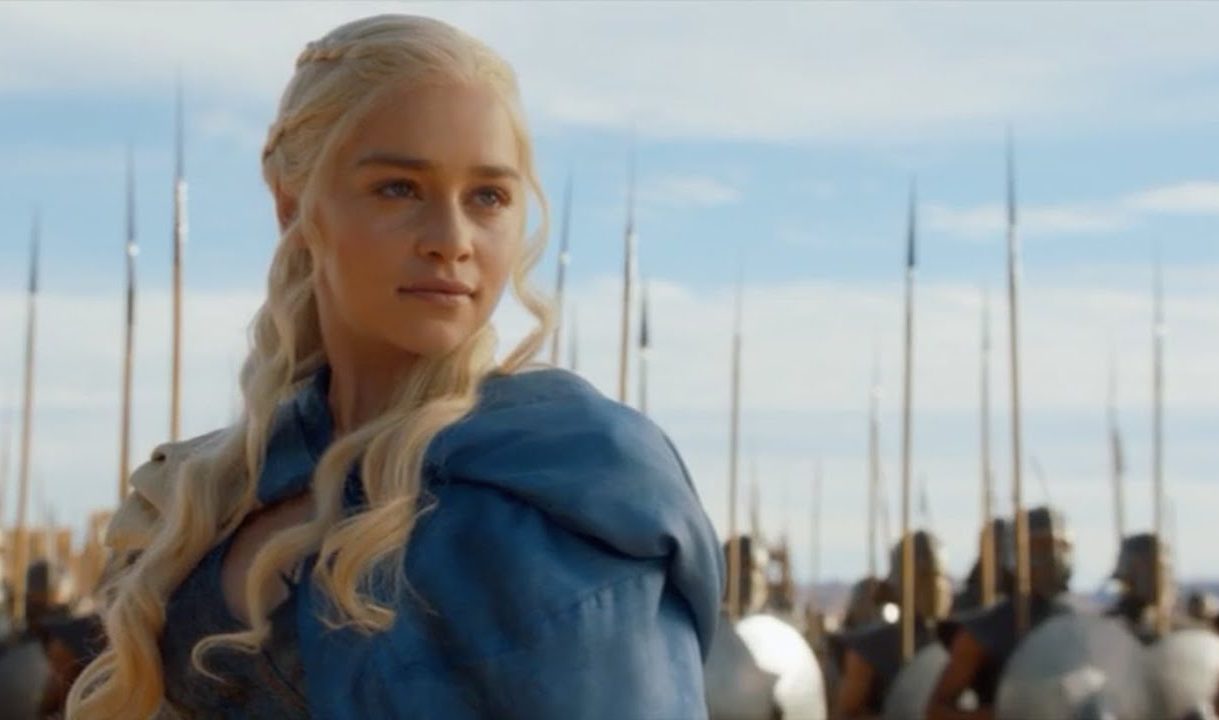 Daenerys and her hundred thousand Dothraki were already overpowered. So, including the almost right thousands Unsullied makes her more fearsome. She has a ground-based army and is capable of many impressive feats like routing the combined forces of Houses Lannister and Tarly. Also, there are Drogon, Viserion, and Rhaegal and they are the only three dragons known to exist in the world and each of them is capable of several battalions.

4. She is the Mother of the Dragons 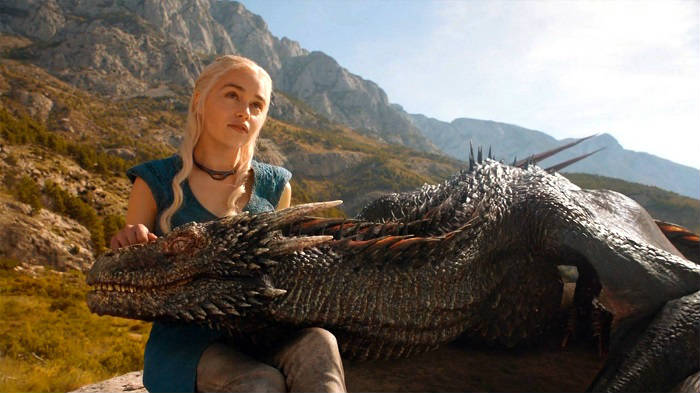 Daenerys gets three Dragon eggs as a wedding gift. They are believed to be fossilized at the time. While she enters her husband, Khal Drogo’s funeral pyre, Khalasar thinks that she would immolate herself along with her husband’s corpse. Daenerys then emerges from the ashes and she is completely unscathed. She carries three baby dragons on her and that immediately makes the Dothraki service her for a lifetime. After this event, Daenerys Targaryen came to be known as the Mother of the Dragons.

5. She fights the Night King to protect her people 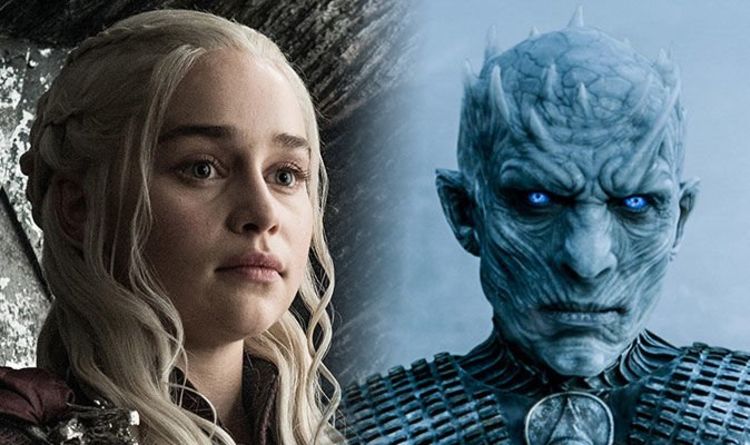 The attack of the Night King and his army was something that united all the friends and enemies together in one place. Sansa Stark did not trust Daenerys Targaryen but they had to join forces since a big threat was on the way to them. Two of Daenerys’ dragons are killed while battling the Night King. But she bears the pain of losing her children to ensure a better future for humanity. It is possible that Daenerys’ motivations are partly founded on restoring her lost legacy but she understands that there is no legacy to protect without a living, breathing Westeros.

Jon Snow was the main character

1. He brokers peace between the Westeros and the Wildings 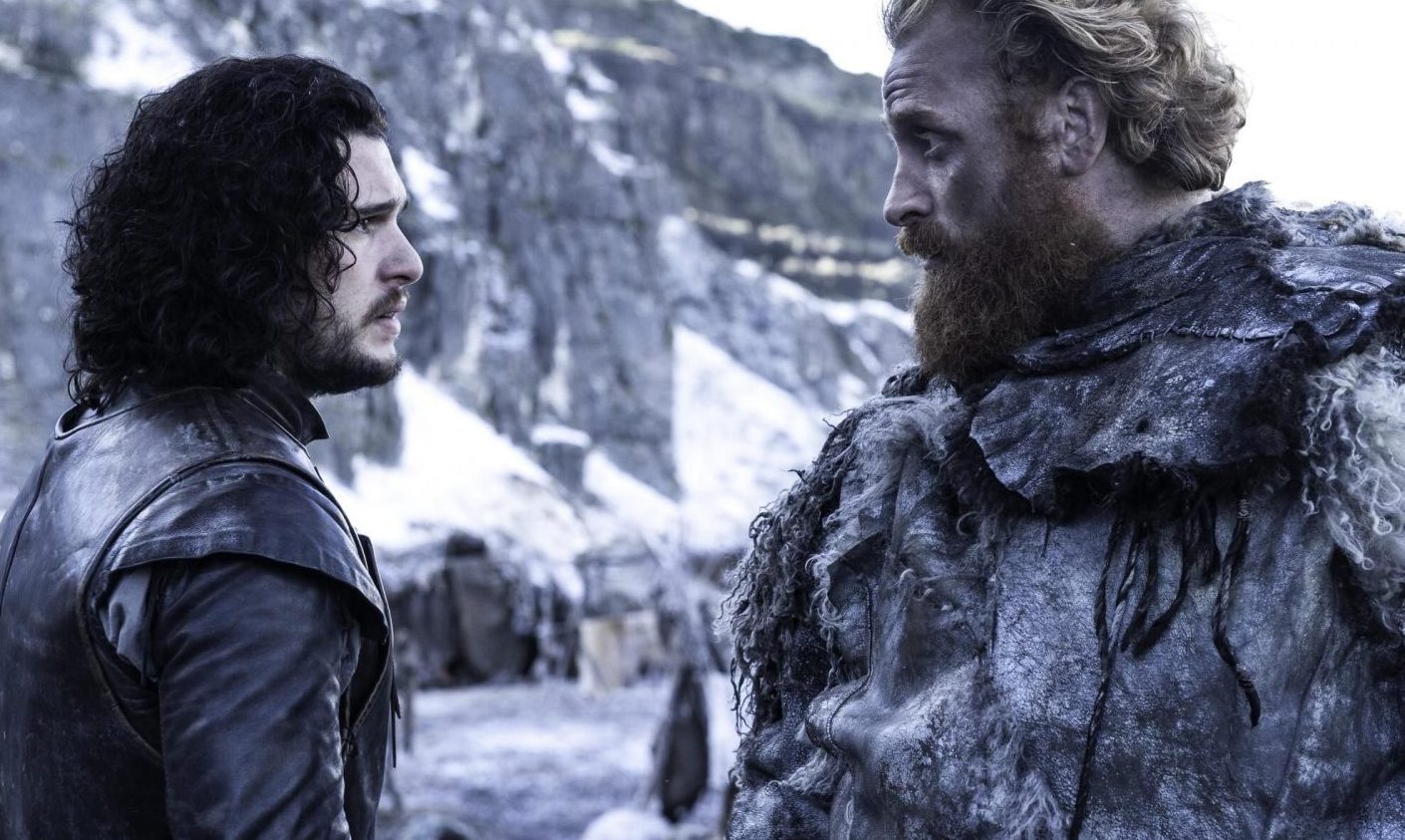 Also known as the Free Folk, the Wildings keep on clashing with the Night’s Watch that worsens the opinions of the Westeros people about them. Now the actions of Jon Snow help to convince the people of Castle Black to give a chance to the Wildings. It can be said that Jon Snow is the reason that the Wildings, who were considered violent savages, get a home within the boundaries of Westeros. Jon Snow’s compassion is rewarded with loyalty.

2. He defeats the final antagonist of the story

Daenerys Targaryen becomes the main antagonist in Season 8 when she destroys the Iron Fleet and most of the defenses of the King’s Landing. She burns many soldiers and civilians and her army slaughters almost everyone in their path. This horrifies Tyrion Lannister and Jon Snow. Considering the destruction done by Daenerys, Arya Stark and Tyrion warn Jon Snow that Daenerys is a threat and Jon eventually kills her while they are passionately kissing each other.

3. He is the son of Rhaegar Targaryen and Lyanna Stark 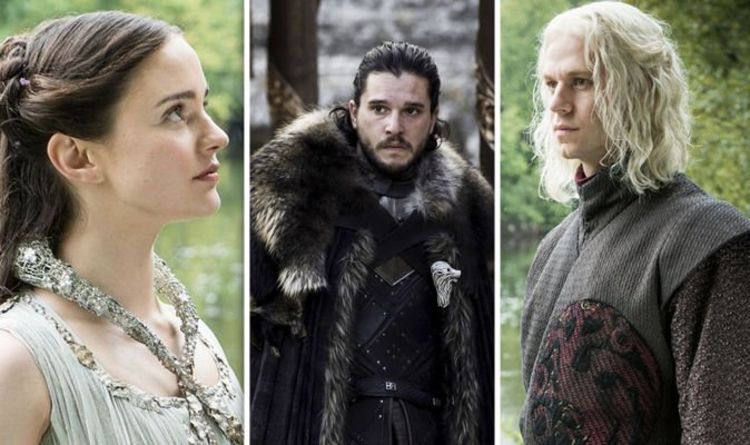 Most of the fans predicted that Jon Snow was the son of Rhaegar Targaryen and Lyanna Stark. This turned out to be true in Season 7. The revelation happened in the course of the show which is considered good for the fans. This also means that Jon has the complete authority to denounce Daenerys’ claims to the Iron Throne and take it for himself since he is the only remaining child of Rhaegar, the Targaryen crown prince before Robert’s rebellion.

4. He is chosen as the King in the North

When Ramsay Bolton is defeated at the Battle of the Bastards, Jon Snow convenes a meeting that involves all the major Houses in the North with a number of associated allies. When the adult leaders mumble about their futures in confusion, Lyanna Mormont puts all of them on a spot for not declaring Jon as King in the North, mainly after his accomplishments. Following Lyanna, many others chime in with the same appraisals and conclude with Jon being given the control of the North.

5. His honor and honesty are truly unparalleled 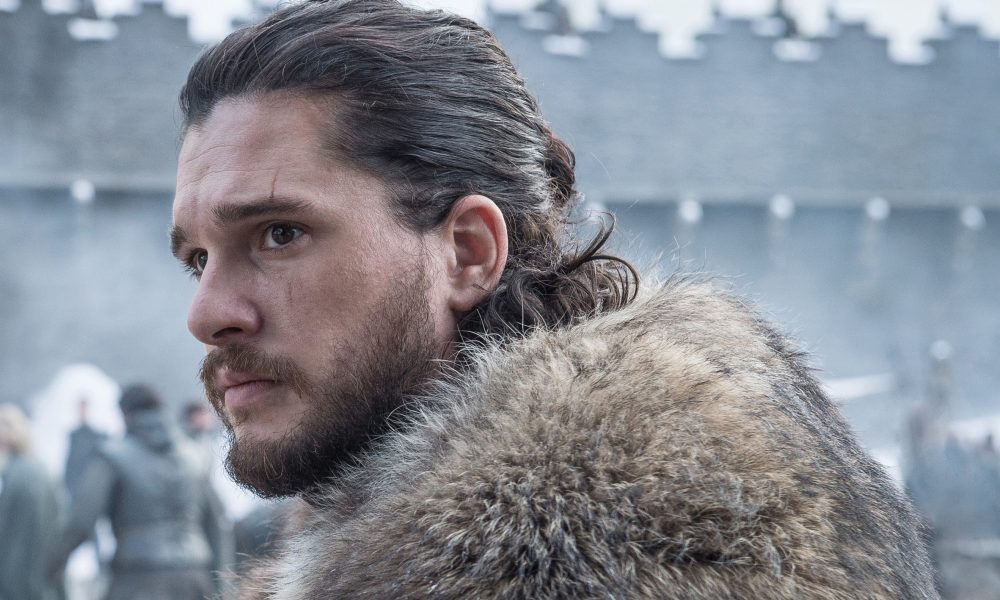 Jon Snow is well-known for his honor and a man who never goes back on a promise. Jon has always been honest about his experiences and sometimes they are also considered negative by others. But what’s more important is the fact that learning his Targaryen ancestry has not affected his political or patriotic views. Jon continues fighting on behalf of the North and also proving his suitability for his role as a ruler over all of the Westeros.