Under Michael Bay’s direction, the Transformers franchise was made as a live-action Transformers movie. The robots were bigger, better, stronger and the movies were action-packed. Since the first film was a success, it led to four more sequels along with a spin-off, Bumblebee. The films had the best visuals and were full of action. But there were a few things that were not accurate or logical. The films also received mixed reviews and the last two films were the worst-reviewed films of the franchise. The fifth film was a box office bomb. Now let’s look at some things about Transformers Movies (Michael Bay’s films) that didn’t make complete sense. 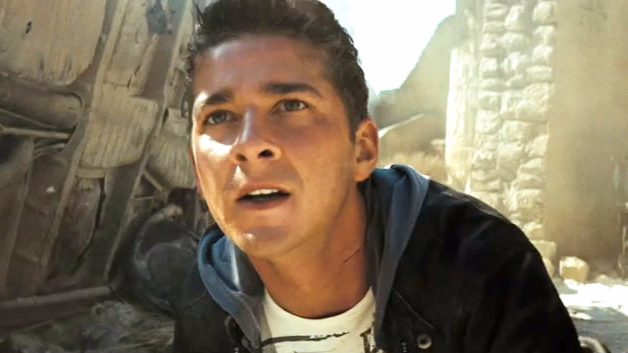 The character of Sam Witwicky was played by Shia LaBeouf. He was the main character in the first three films. He also had a strong connection with the Autobots. Now the character was not seen in the fourth film and reports say that LaBeouf left the franchise after the third film. Now the writers and directors had to create a new backstory for his character. It has been mostly implied that he died but it is not confirmed yet. Since he was an important character in this franchise, it doesn’t make sense for him to die.

2. The Allspark creates only Decepticons 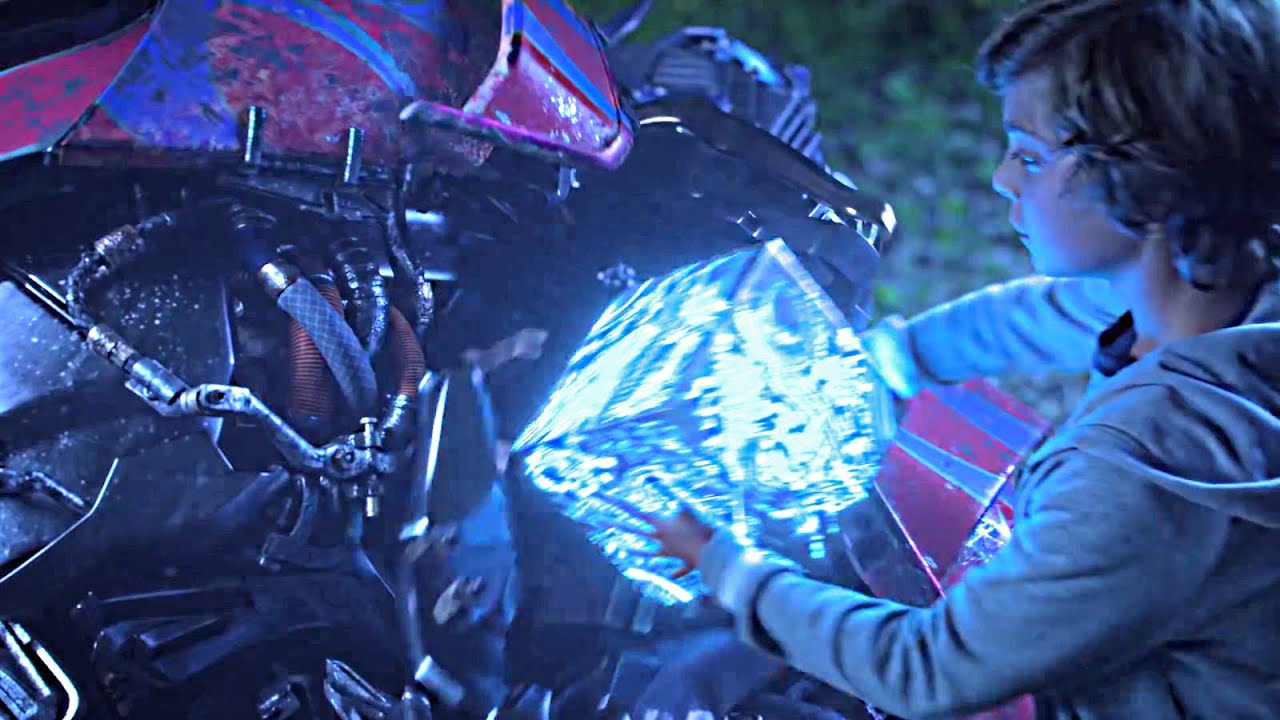 As we have seen, Allspark is an ancient cube that can give life to inanimate mechanical objects and makes them Transformers. According to theory, these Transformers should not be aligned with factions and should have the freedom to choose their life path. But in reality, Allspark can create only Decepticons and not neutral Transformers. Decepticons like Wheelie and Brains changed sides. But the robots created by Allspark were a war-ravaging Decepticon. This doesn’t make sense because the Allspark can create life on Cybertron, before the faction war.

One thing that feels odd in this franchise is that the number of Decepticons is more than Autobots. In all the five films, we have seen that there are a few Autobots, mostly seven to nine. But the Decepticons are always seen as having an army of robots. It makes the Autobots look like a dying breed. This doesn’t matter considering the original G1 cartoon where Autobots and Decepticons are equal in number. This makes the Autobots look awesome. But in terms of the films, the unbalanced ratio between both the groups can be a stretch for most of the fans.

4. Optimus Prime tells Sam to shove the Allspark into his chest 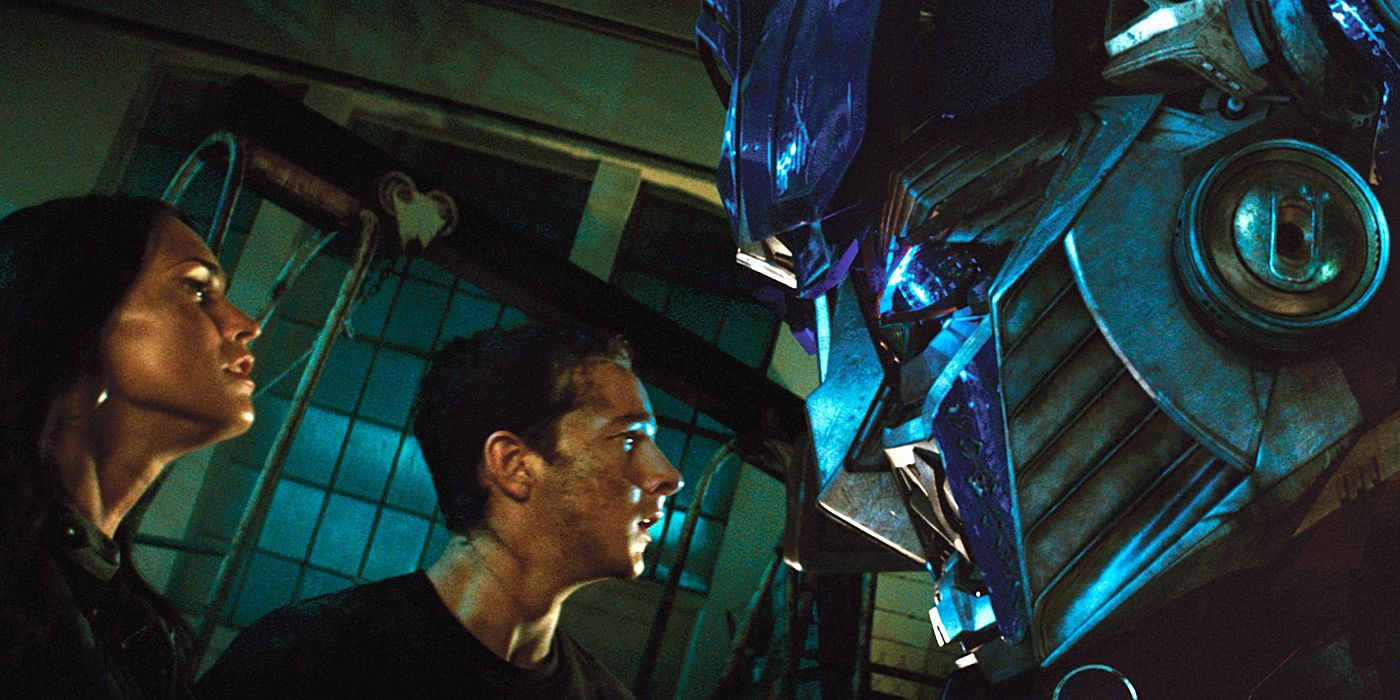 In the final battle of the first film, Optimus Prime tells Sam to shove the Allspark into his chest. Prime believes that doing this could make the Decepticons leave the Earth since their key to domination will not exist anymore. This is an idiotic way of thinking since destroying the leader of the Autobots and the Allspark will leave the Earth in the hands of the Decepticons. Eventually, they would enslave the citizens of the Earth. Moreover, Earth is full of Cybertronian life and energy which would give another reason to the Decepticons to stay on Earth.

5. Autobots have a rule of not harming humans but break it in every film 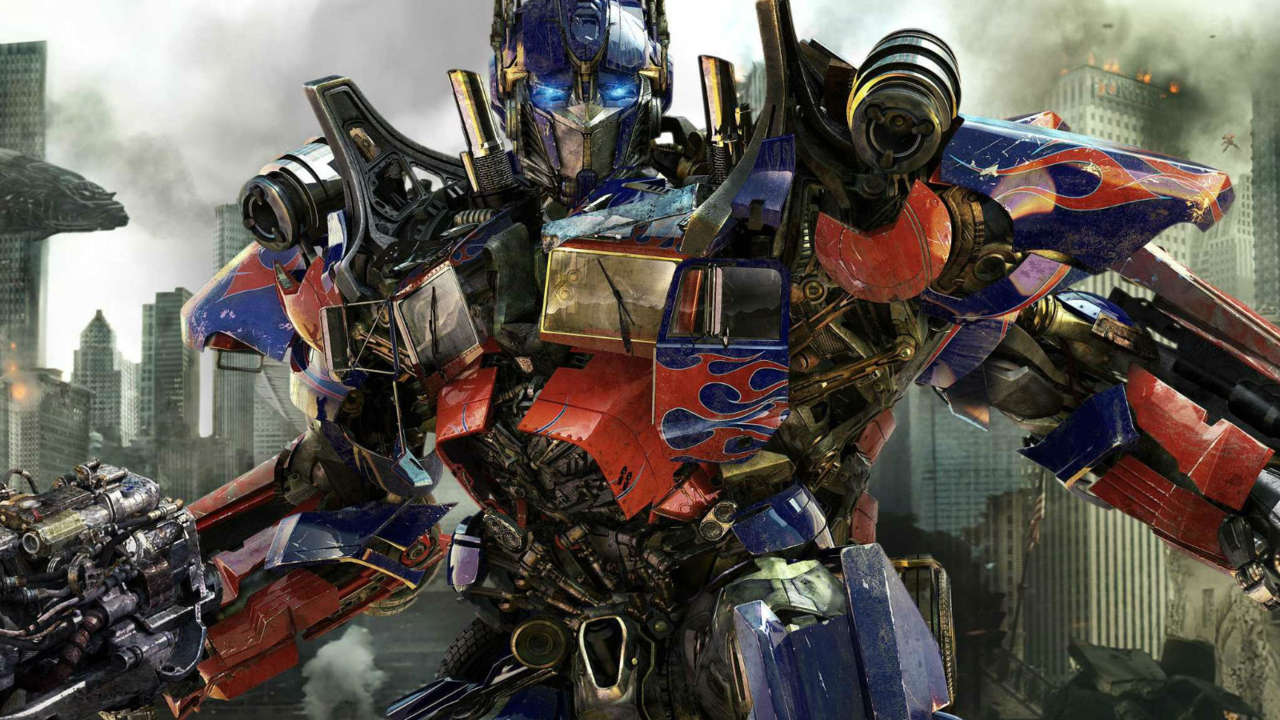 Optimus has clearly said in the first film that Autobots cannot harm humans. But with every film, the group has broken the rule despite repeating the rule in all five films. In Transformers: Age of Extinction, CIA agents search for Optimus Prime. Optimus Prime then blasts away a group of CIA agents to save Cade Yeager and his family. The scene shows Prime killing the agents with his blaster and this makes the Autobots’ leader look like a complete and utter hypocrite.

6. Sizing of the Transformers 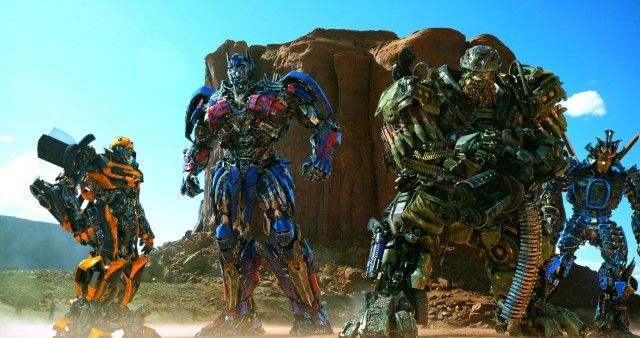 The sizing of the Transformers is something that has been always criticized by the audience. Michael Bay has a habit of making them unnecessarily huge and tiny for no reason. Optimus Prime is around 28 feet tall but the G1 Optimus Prime is shorter at around 19 feet. Also, Arcee is around 7 feet tall in the films but she is taller in G1. The sizing of these characters makes no sense and has been inconsistent in all the films. Sometimes they are giants or small like humans.

7. Bumblebee sometimes can talk and sometimes he can’t

The first film shows that Bumblebee damaged his voice box at Cybertron and cannot talk, compared to G1 cartoons. Bumblebee uses the radio switching between stations and creates a makeshift voice for himself. The change is good but the movies have been inconsistent with the tone. Bumblebee could not talk at all in the first film. After the final battle, Optimus Prime asks him if he would like to stay on Earth. He verbally says that he wants to stay with Sam and this indicates that his voice is miraculously back. He loses it again in the other films. At the end of Transformers: The Last Knight, Bumblebee speaks to a brainwashed Optimus Prime and frees him from a trance. Now the movie makes it look like Bumblebee chooses not to talk and indicates that he never had voice damage that contradicts an earlier plot point. 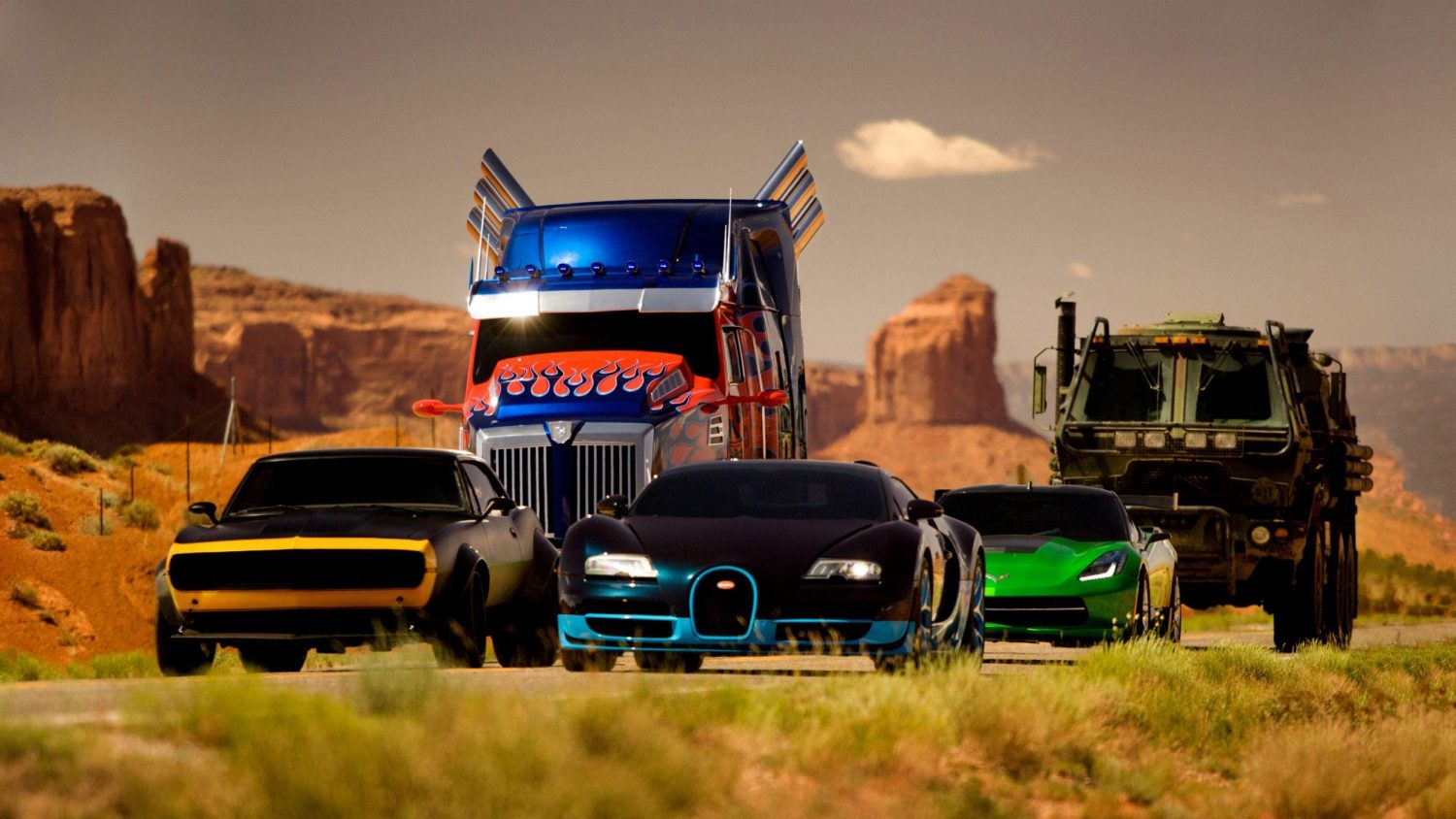 The Autobots are hunted by the CIA agents in Transformers: Age of Extinction since they blame the Autobots for the destruction in Transformers: Dark of the Moon. They go into hiding but the Autobots don’t upgrade their appearances for evading their capture. From the beginning, Autobots can update their vehicular appearances. They can also mimic new versions of their vehicles. It looks like a useful lifesaving trait that can help them to conceal their identities. 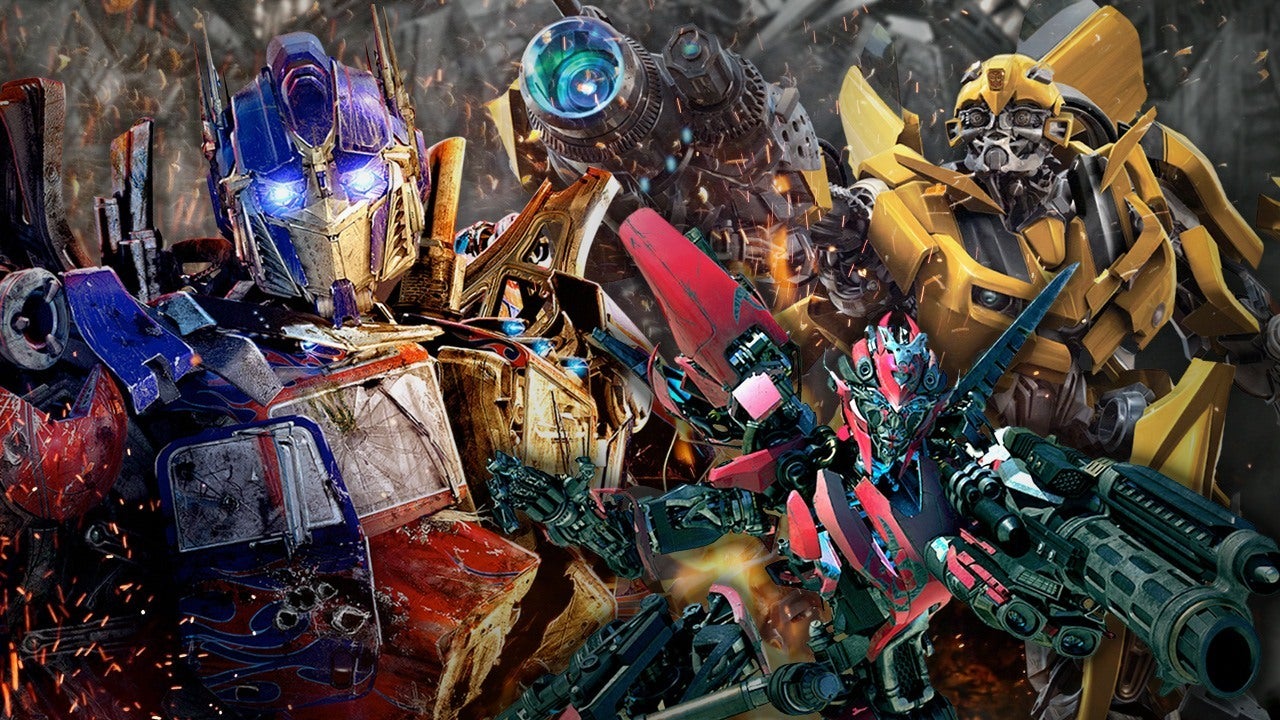 The fact about Transformers having accents doesn’t make sense at all. Some of them have British accents and the others have Australian and Japanese accents. This is random with no rhyme or reason. Transformers are from Cybertron and so they cannot speak Earth’s accent. It could have been interesting or logical to coordinate their vehicle brands to their specific accent. For example, if a Transformer is a Volkswagen, it would have been good to see him or her having a German accent. The Transformer could inherit and so is their vehicle’s cultural trait.

So these are all the things about Transformers movies that didn’t make sense to us. 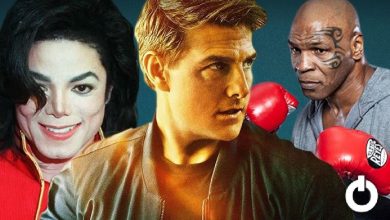