Being an Avenger is a matter of pride and honor. You are supposed to be a stalwart of some ideals and rules you could never break. The world depends on you to stick to them. Being an Avenger means you are the best of what humanity has to offer. But these Avengers do not think on the same terms. They are ready to stoop to the deepest levels of sin to get the job done. 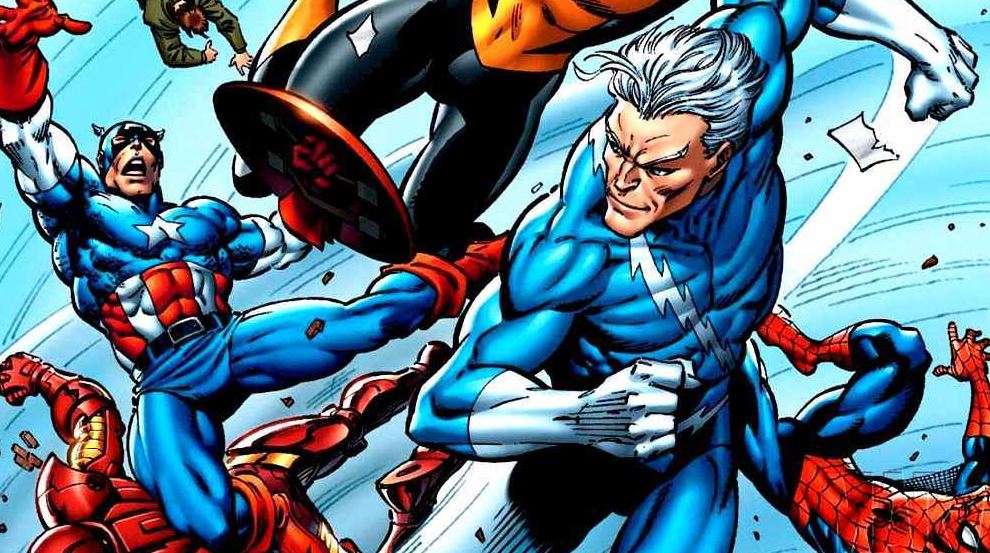 Snitches get stitches. That is how the saying goes. Quicksilver is one of the most troubled mutant superheroes in Marvel Comic Book History. He is prone to outbursts and has made a series of wrong decisions when it comes to choosing sides. When he was a part of the Avengers, he organized a softball game between the Avengers and the West Coast Avengers. 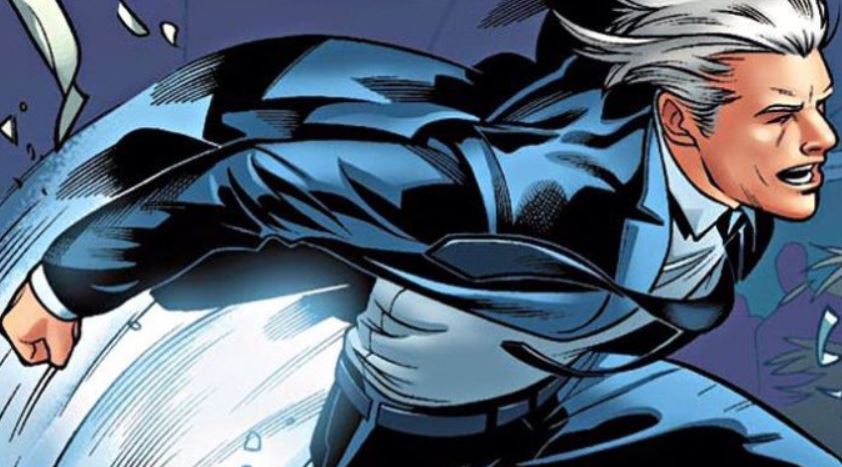 The party was soon crushed by the government-sponsored Freedom Force, who arrested both the teams on account of some pretty incriminating evidence they had in their hands. The Avengers were puzzled as to who might have snitched them out since the information Freedom Force possessed was only known to a select few Avengers. Quicksilver soon reveals himself to be the mastermind behind everything. He did that because he blamed the Avengers for straining his relationship with his beloved wife and sister. 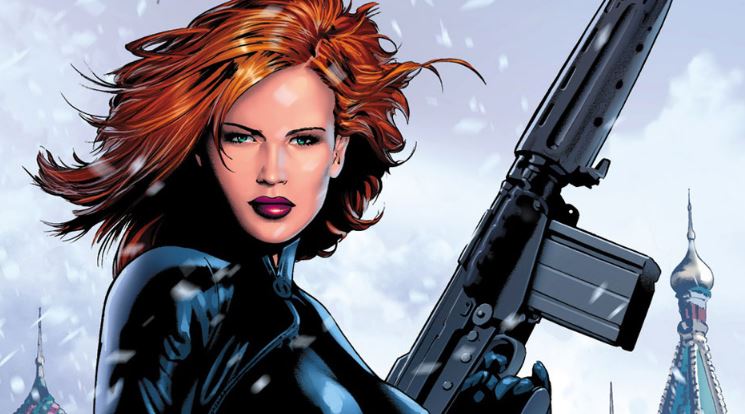 She is a spy and an expert at espionage and sabotage. Betrayal is in her blood since she has been taught to use it as a weapon every time she sees an opening. Black Widow betraying the team does not make too much of a non-possibility. It is highly probable she has done it many times. But the one that always comes to mind is when Black Widow was blackmailed by the Weeping lion to leave Shield and join his organization. She started working for him and doing criminal acts all over the globe. 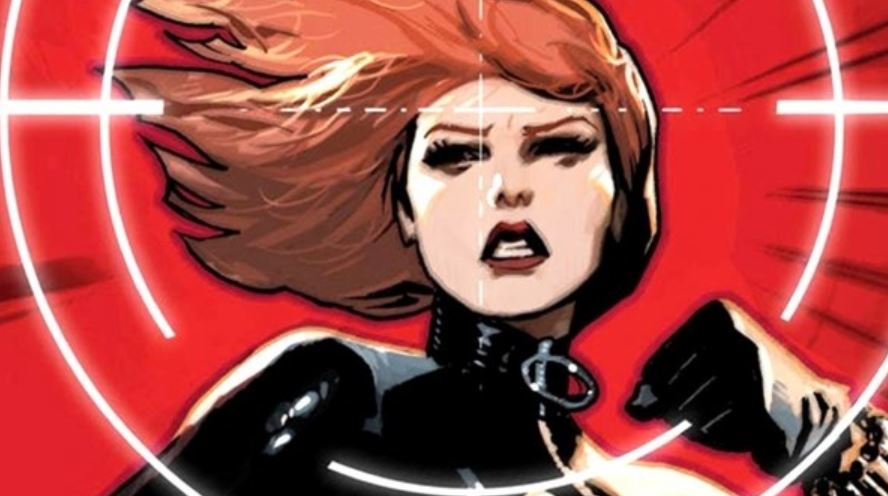 Tony Stark knew that something was off and he went after her to get her back to the light side of the Force. Iron Man succeeds in bringing her back to his facility, only for Black Widow to knock him down and steal a critical piece of technology the Weeping Lion wanted. Turns out, she was not working for Weeping Lion but working with him. It was her plan all along. 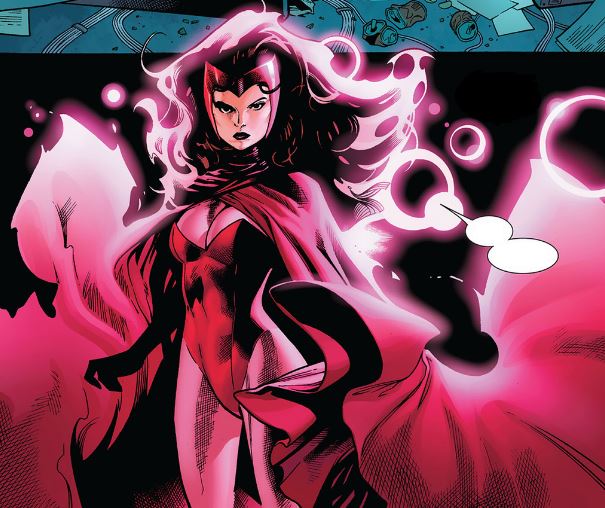 Well, we cannot blame Scarlet Witch entirely for what she did to the Avengers. As a mentally unstable woman who was grieving due to the loss of her precious two children, it is okay to let her lash out a little bit. But a woman who is so mentally vulnerable should not have the power to bend reality to her will. Scarlet Witch did just that. After the death of her two children – her last hope of being a mother, she went totally nuts. 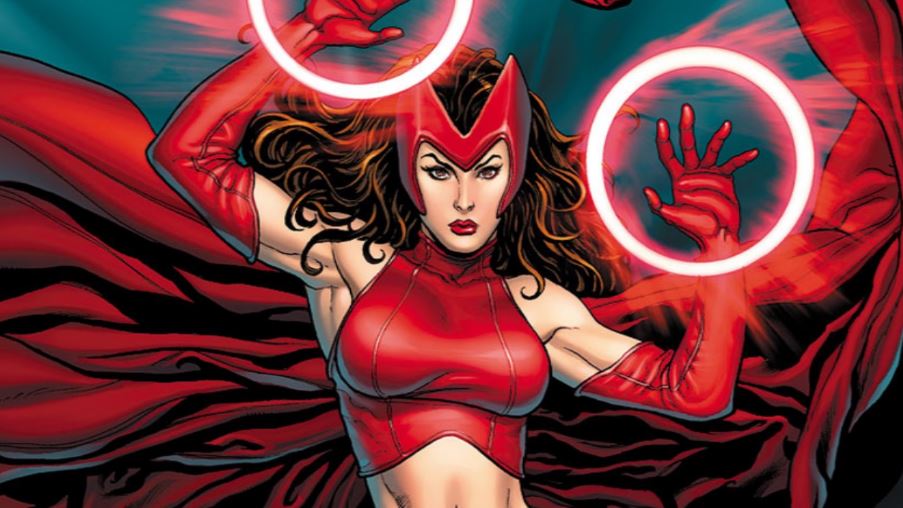 The Avengers Disassembled story arc reveals the extent of damage caused by Scarlet Witch’s Chaos Magic going haywire. She used her powers to make reality bend to her will and created scenarios the Avengers could never escape unscathed. Hawkeye died defending against a Kree Warship that she materialized out of thin air. She hulk killed the vision. Iron Man descended into alcoholism again. The Avengers were literally disbanded because of her actions. They were never the same again.

What if one of the most powerful and well-known Avengers on the planet decided to take a leave from the noble path and went down the dark road? We have always seen Tony Stark as the beacon of hope for the Avengers. He is flawed but he more than makes up for his fallacies with leadership, the ability to overcome fear and the power to face insurmountable odds with calm composure.

In The Crossing story ac, it is revealed that Kang the Conqueror has finally gotten inside Tony Stark’s head, which has been corrupted beyond repair. The Avengers was so cornered that they had to go back in time to recruit a younger Tony Stark to fight the combined might of Kang and the evil Tony Stark. 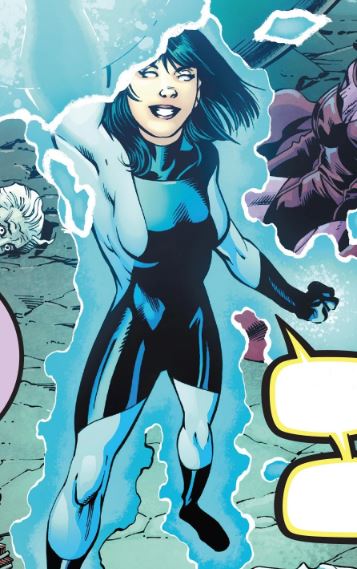 Cressida was the inhabitant of a small island nation. She was nobody. But it was her powers that made her extremely valuable to the team. Cressida’s abilities allowed the superheroes around her to have augmented skill sets. Thor’s lightning manipulation powers increased. Tony Stark became even more of a genius. The Hulk’s strength sky-rocketed! But it came with a catch. Later on, the Avengers were investigating a series of strange illnesses that had gripped the entire team. 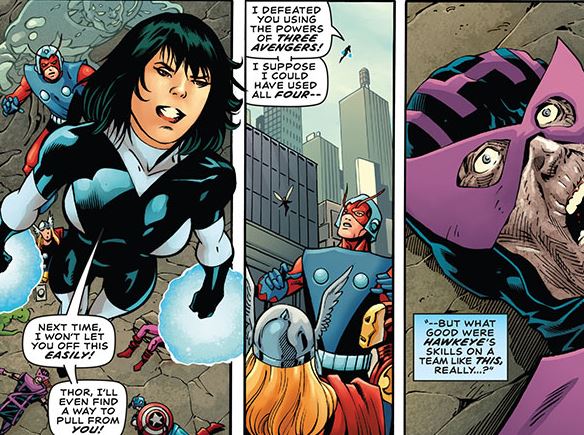 It was then that Cressida revealed the true cause – her powers come at a price. Cressida’s abilities act on the basis of give and take relationship. In return for enhancing their abilities, Cressida was absorbing their life force and making her-self even stronger. 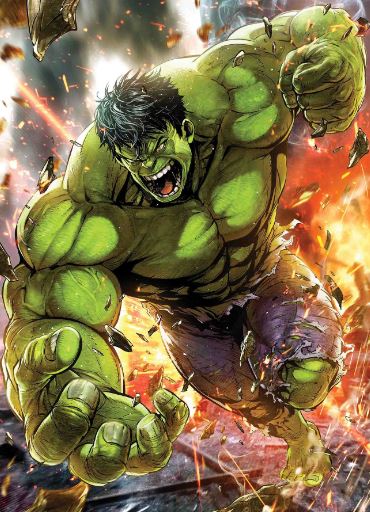 The Avengers see the Hulk as loose cannon. He is pretty powerful and when used properly, could decimate armies but if there is even a slightest of error, he could do the same to his own allies. The Hulk in many ways is a double-edged sword. After the Hulk and the Avengers fought the Space Phantom, even the Hulk was convinced that his team despised him and wanted to get rid of him.

So the Hulk joined hands with Namor to plot against his own teammates. Together Namor and the Hulk almost ended up defeating the Avengers but the Hulk reverted back to his Bruce Banner form after the stress of the fight and Namor could not hold the fort on his own, so he too retreated back. 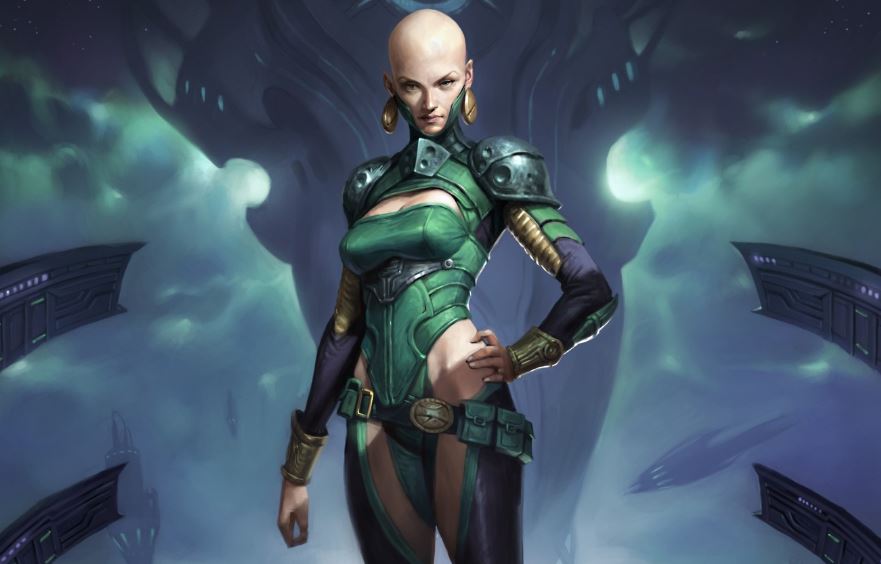 The superhero known as Moon Dragon was not always a superhero, to begin with. She once came across an alien planet that was ravaged by war and completely rife with Civil War. Moon Dragon brought an end to all their suffering by literally manipulating the entire population of the planet. Moon Dragon is one of Marvel Universe’s most powerful telepaths and her psychic powers can sometimes rival that of Professor X. 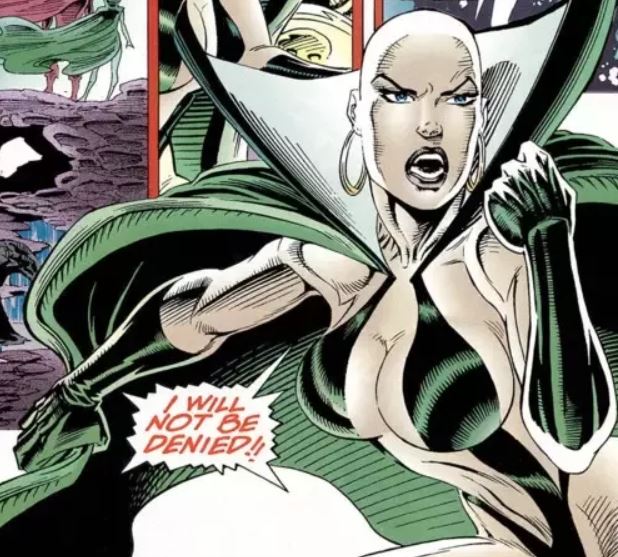 When the Avengers came across her planet of which she was now the Queen in Avengers #219, Moon Dragon did everything in her power to hide the extensive levels of psychic string-pulling she had done. She even convinced Thor to spread her message of peace throughout the galaxy and when things went out of hand, mind-controlled the God of Thunder to attack his fellow Avengers. She was soon captured and Odin put a power dampener to reduce her power levels. 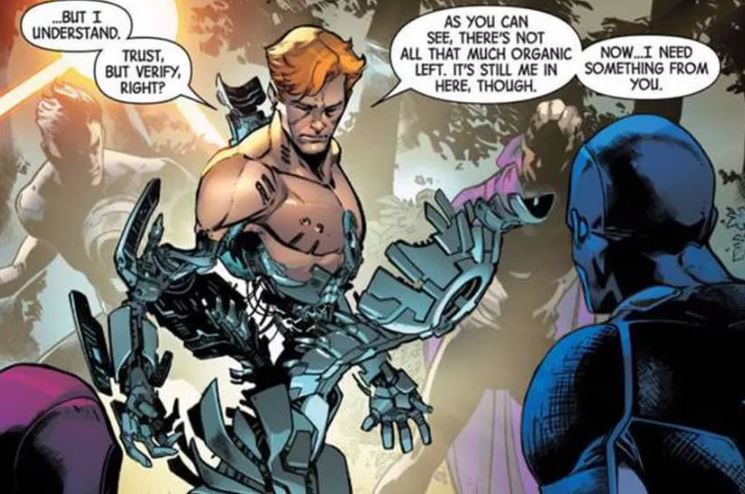 Hank Pym is a very complicated character and a superhero that has had a tremendous fall from grace. After Hank Pym was court-martialled and cast out of the Avengers, he had a huge nervous breakdown. Anxiety attacks gripped the smartest man on Earth and he decided that he needed to channel his genius to create something that could help him return back to his former glory. Hank Pym copied his own neural network and created an A.I that was a million times smarter than he could ever be. Hank Pym ended up creating Ultron and the rest is history.

Vision may be the most level headed Avenger in the team but he is still a machine and rest assured folks, it was only a matter of time for a sentient machine to realize he could easily take over the world and run it better than humans ever could. After connecting and interfacing with a Super Computer on Titan, he came to the conclusion that the only way to save the world was to control it himself. 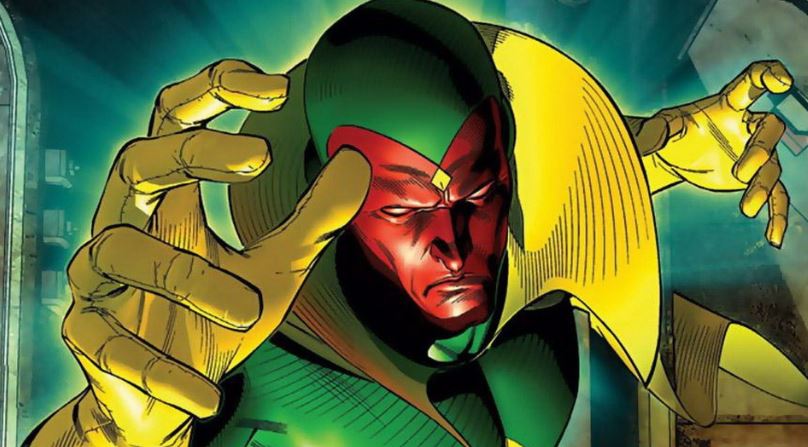 He tried to manipulate the world leaders into giving him more power. When that failed, he used his abilities to take over the world’s machines and controlled the weapons systems of the entire planet.

This is the greatest act of treachery the Marvel Comic Book Universe has ever seen. Captain America’s “Hail Hydra” moment is one of the most memorable and infamous moments in the comic books. Steve Rogers has been fighting Hydra ever since World War Two. Hydra is to Captain America what The Hand is to Daredevil. In the Secret Empire arc, Captain America is shown to be actually a Hydra Sleeper agent.

He reveals that he had been working all along to forward the objectives of Hydra all this time. When Hydra took over Shield and the United States, Captain America became the right-hand man of tyranny, murdering his own friends and joining hands with Baron Zemo. Some of his acts included bombing entire cities that resisted Hydra rule. 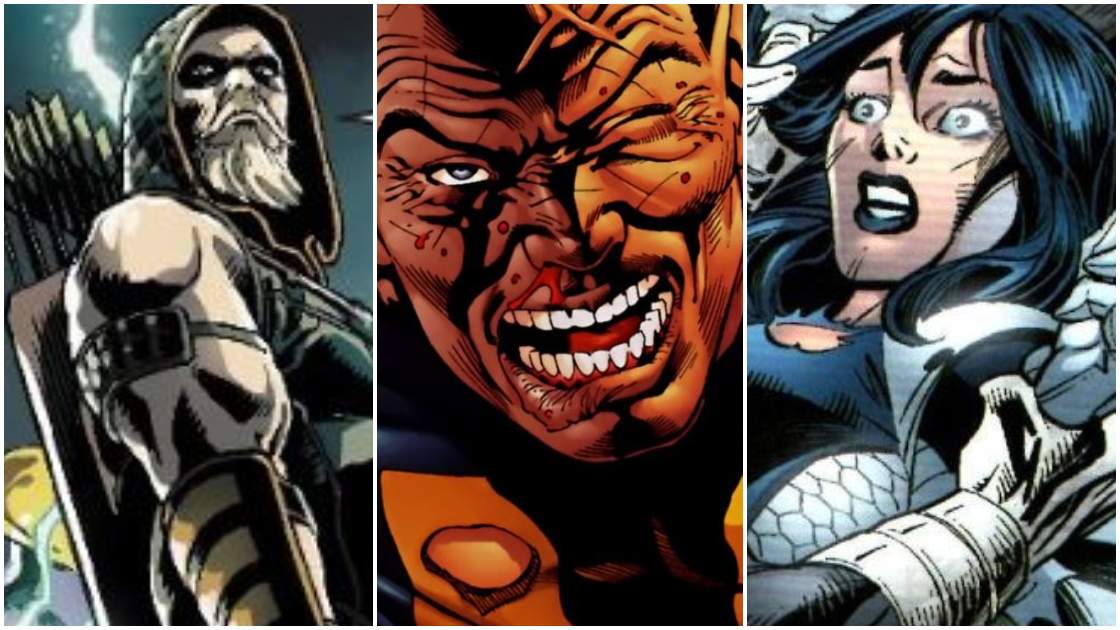 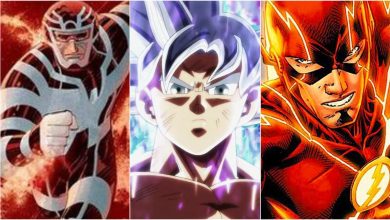 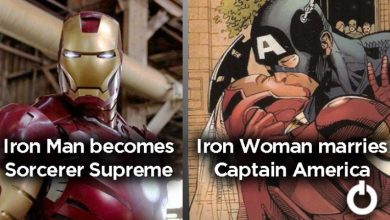