Kinds of Magic in Marvel Universe:

Magic is a very powerful force of energy in the Marvel Comic Book Universe. It can help a sorcerer accomplish wonders. Doctor Strange, the Sorcerer Supreme of Earth, has used magic to achieve incredible feats like look across millions of timelines and use it to open portals to other dimensions. But Magic can manifest in different forms in Marvel. There are several branches and forms of Magic in the Marvel Universe and some of them are even more powerful than the Eldritch Magic that Strange uses. 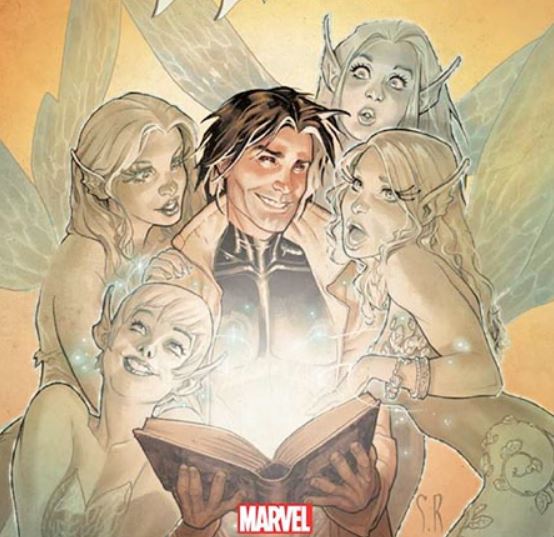 The Faerie is a race of powerful magical creatures that lived in another dimension. Faeries are known to possess vast reservoirs of arcane magic that they can use to accomplish tasks that even the most powerful of human mages could only dream of. The greatest feature of Faeirie Magic is that it has no counter. No demonic or earthly magic has the power to negate the effects of Faerie Magic. There are several types of Faeries that populate the Marvel Multi-Verse. There are the Faeries of Avalon, the War Faeries of Wendigorge, the True Faeries or the Old Ones, and also the Fairies of Nowhere. 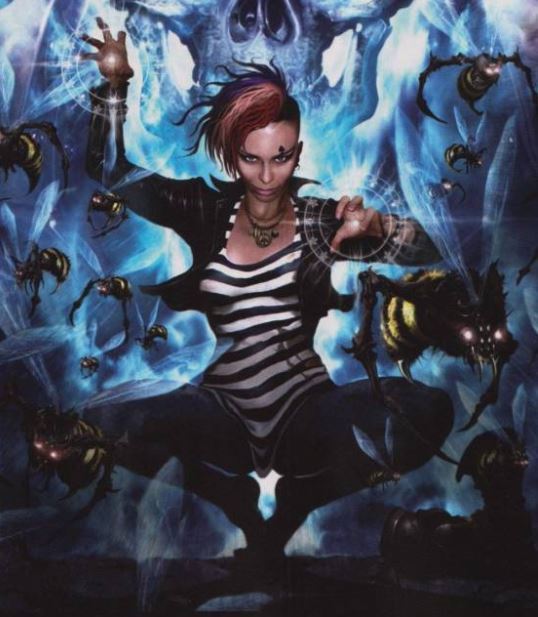 Technomancy is a magic that is used to manipulate magic and control technology. Technomancy has a variety of uses and is the only way to combine science with magic. Death’s Head once used Tehcnomancy to keep his severed head alive by using a mixture of powerful magic that employs technology. For a Techno Mancer, magic and science are the two sides of the same coin. The practitioners of this discipline of magic can use the elements and control them to act as ingredients in their potion. It is also useful in exorcising spirits from technology. When Mary LeBow encountered the Ghost Rider, she used her powers of Technomancy to exorcise the spirit of the Ghost Rider out of Danny Ketch. 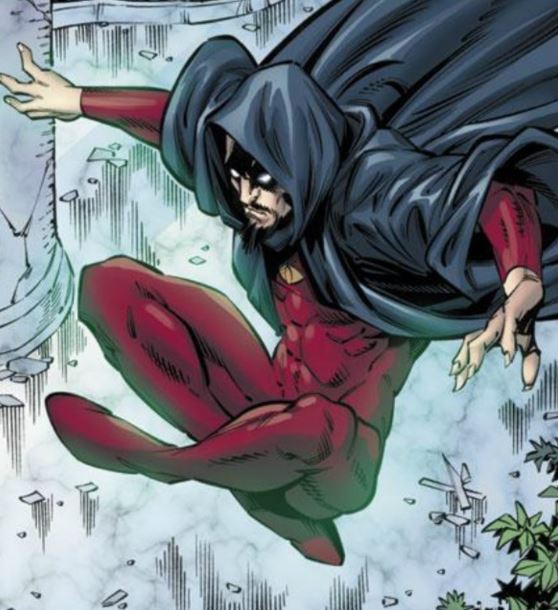 Druidic Magic was used by Celtic Priests that tapped into the reservoirs of natural energy to grant various powerful abilities to its caster. Druidic magic is ancient and very hard to master. One wrong move can destroy the sanctity of the caster and even kill him. But if done right, Druidic Magic is potent enough to control the whole world. Druidic Magic is based on the law of equivalent exchange. If one needs to cast a spell, one must be willing to sacrifice something valuable to him or her depending on the level of the spell they are about to cast. 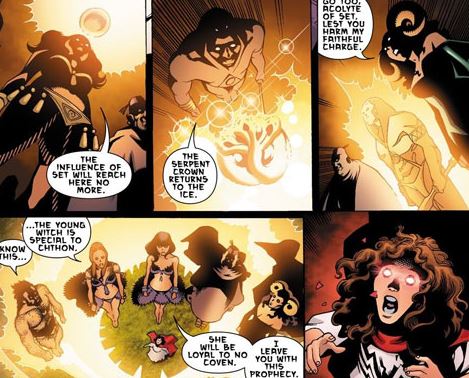 The only known user of the field of magic called the Winding Way is Margali Szardos. She was born in France and is of Romani origin and many believe that the Winding Way is actually Romani sorcery. The Winding Way banks on the flow of energy in the universe. The better the flow is, the more powerful Margali Szardos is. Although this leads to heightened fluctuations in Szardos’ power levels, it does make her a powerful foe to deal with if the flow of the universe on that particular day is high. The Winding Way also has several offensive functions. It was used by Margali to control red arcane energy which she used as concussive energy blasts.

Blood Magic is the most ancient form of magic used by human beings. It is older than all known forms of magic in human history. Blood Magic is just what it sounds like – it draws on the user’s blood to cast spells. All the rituals and potions that are products of Blood Magic use blood in their creation. Nico Minoru is a powerful Blood Mage who requires her own blood to conjure the powerful Staff of One. She can even use her menstrual blood to cast blood magic. This form of magic can easily cast spells that are not easily possible with other methods of magic. Almost all the spells used by Vampires in the Marvel Universe are derived from the pages of Blood Magic. 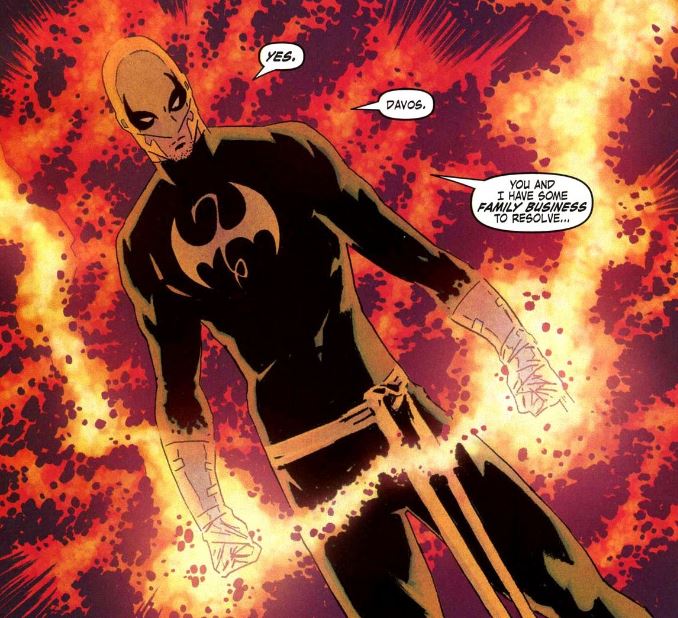 Chi Magic is one of the purest forms of Magic in the Marvel Universe. It can even negate the corrupting effects of other dark forms of magic like Necromancy or Chaos Magic. Chi Magic is based on the manipulation of Chi – the life force that flows out of every living being. The more you are able to control your flow of Chi, the better you are at Chi Magic. All Martial Artists studying the art of close combat at K’un-Lun have mastery of Chi Magic. They can use it to heal themselves as well as other people in need. Chi Magic is mainly used for physical enhancement although it does have quite a few other applications like controlling other animal life forms or using it to transform your body into the mist. The Iron Fist is the greatest warrior of Chi Magic who can use his Chi to even stop a speeding train. 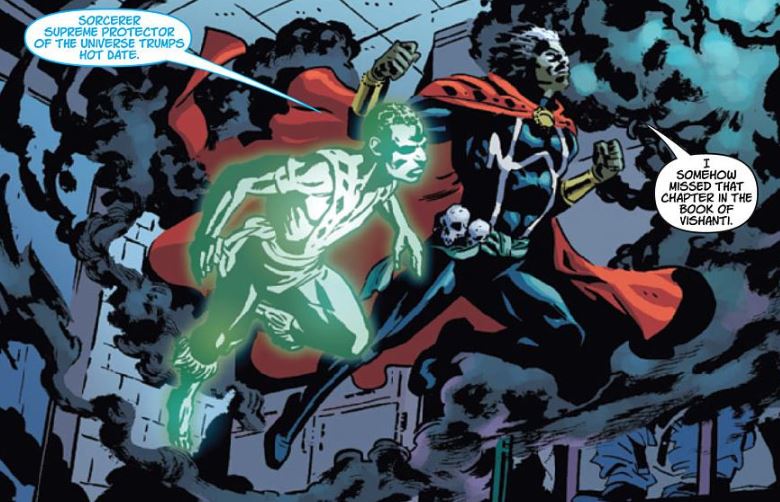 Voodoo is based around the worship of a group of Gods called the Loa. The Loa are dark and mysterious entities that derive power from the spirits of the dead ancestors of their worshippers. Voodoo Magic is very powerful and can cause permanent damages. Doctor Voodoo and the Voodoo Queen Maria Laveau are the two most powerful Voodoo Mages in the Marvel Universe. Voodoo Magic can also be used to change the laws of nature. It was used on Simon Garth, who was long dead, and he was resurrected as a Zombie. Garth would then go on to provide his un-dead services to the Loa Snake God called Damballah. 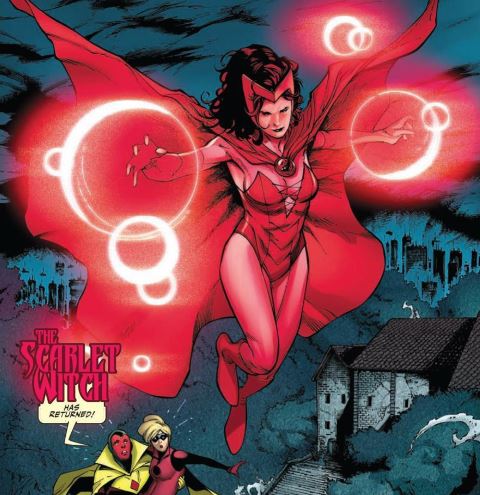 Chaos Magic was so powerful and potent that even Doctor Strange was convinced that it was just a myth and Chaos Magic does not exist in real life. When Scarlet Witch displayed her ability to bend and warp reality to her will, Doctor Strange realized that he could not be more wrong. Chaos Magic was the creation of the Elder God Chthon, the God of Chaos who used his power to rule the whole planet. A group of mages ended his tyranny with a lie and spread the word that Chaos magic is a myth. Chthon would then be sealed within Mount Wundagore. When Wanda Maximoff was born in the Mount Wundagore castle, Chthon would manage to infect her with his Chaos energy, thus allowing Wanda to have access to Chaos Magic. 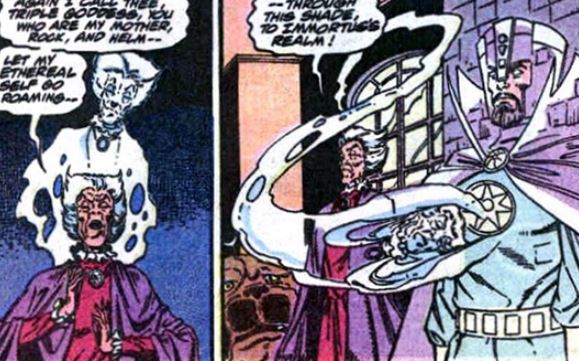 At first glance, Witchcraft and Sorcery look quite similar. But Doctor Strange’s Magic is quite different from the branch of Magic known as Witchcraft. While Strange depends on Multiple Magical entities and draws on their power to become the Sorcerer Supreme, the practitioners of Witchcraft have but one Goddess – an Abstract Entity known as the Goddess of Witches. One of the most popular examples of a superhero who dabbles in Witchcraft is Scarlet Witch. Once when the Goddess of Witches was in danger, Scarlet Witch travels to the end of the Witches Road to kill Chaos, the demonic entity hell-bent on killing the Goddess. The Goddess’ ill-health started affecting the whole world, implying that she is a force connected o the core of the universe and her demise would create a huge imbalance in the fabric of creation. 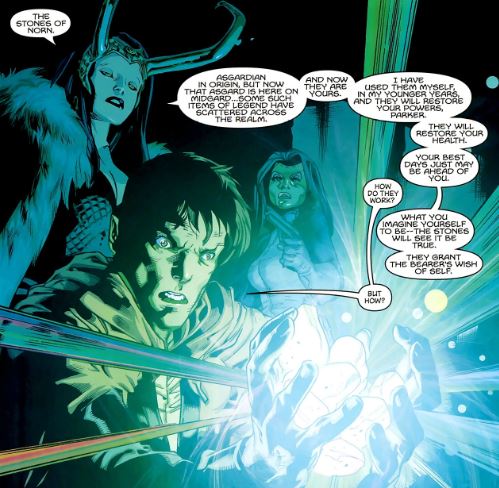 Rune magic is a strictly Asgardian invention. Runes are magical artefacts that contain powerful mystical forces that date back to Primordial Times. Runes cannot be created and are in very short supply since the Primordial forces of energy have been all but dissipated. Runes grant their wielder to augment their own strength or gain additional disciplines in Magic. They have the ability to warp reality and can bend time and space. Rune Magic is potent and very powerful but it depends on the skill of the wielder as to how much of their power they can tap into. The runes are pretty much like Infinity Stones. They have the power to make their Wielder a God but they do come with their own downsides and can be a double-edged sword.