In DC Comics, the holy trinity of superheroes – Batman, Superman and Wonder Woman, are one of the most popular heroes to ever exist in the comic book universe. They are also some of the most powerful and smartest heroes that ever graced a comic book panel. Superman is an unstoppable force of the universe, with his god-like strength and invulnerability. Batman is a man of umpteen talents who uses his wit and cunning to outsmart even the Gods. But the one that could be truly considered an all-rounder of the trio is Wonder Woman. The Amazon Warrior Princess from Themiscyra is the strongest warrior of her land. She has the blood of Zeus running through her veins and is a Demi-God by default. But with the passage of time, have come along many versions of the Wonder Woman that could be considered way stronger than the mainstream version. 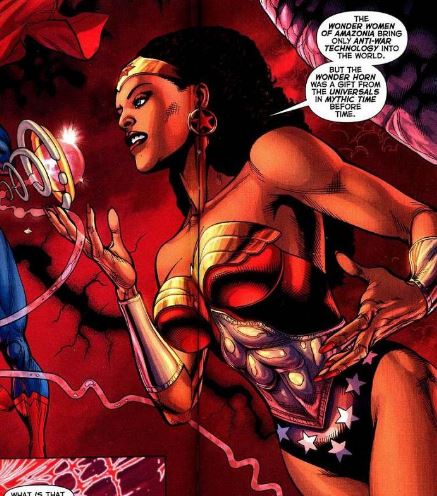 Nubia has a very rich origin story which tells how she became Wonder Woman. In another universe completely unrelated to the mainstream DC universe from the comic books, an African American warrior was gifted the title of the Wonder Woman. But her role was different from that of the traditional Wonder Woman. Nubia was the strongest Amazonian and the strongest Warrior the Themiscyra of that universe had ever had the chance of being a host to. She was given the task of guarding Tartarus, the gates to Hell itself. Whatever tried to sneak past those gates, Nubia had the job of slaying them. Imagine, a single woman was trusted with the role of guarding the door to Hell. She would eventually meet with Wonder Woman in a latter issue. 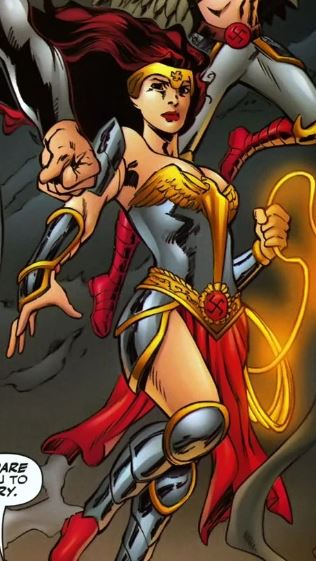 The alternate universes of DC are filled with fantastical iterations of classic DC figures. In the Multiversity DC storyline, the Nazi ideology has taken all over the globe in a universe called Earth 10. In Earth 10, all superheroes are part of the Nazi wave and are believers of fascism. And evidently, most of them are pure evil. Superman is a government stooge and he riles up the other heroes who rally behind him to do his bidding. The Wonder Woman of this Earth is called Valkyrie Brunhilde and is actually from the Norse mythology instead of the greek mythology related Themsicira. She is an evil version of Wonder Woman that can go to any lows to get the job done. 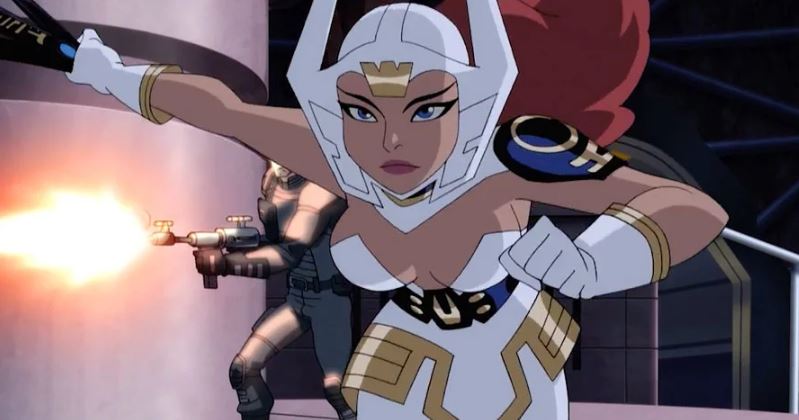 Bekka is actually a New God from the planet of New Genesis in DC Comics. In Justice League: Gods and Monsters, she is now the new Wonder Woman in a parallel universe. In this universe, the Justice League is headed by Superman – the Son of General Zod, Batman aka Kirk Langstrom (also known as the Man-Bat) and of course, Bekka. The Justice League of this universe is not evil. But their methods are overly violent and they have gone way too far and crossed the line way too many time and the public has begun starting to hate them. 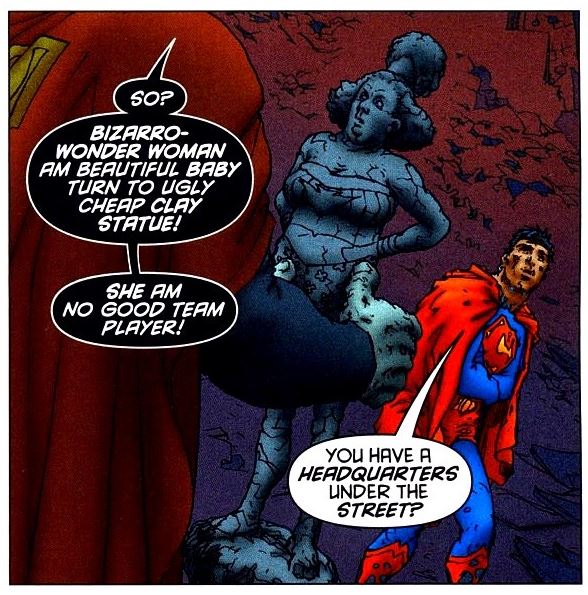 Bizarra is the Bizarro version of Wonder Woman. The supervillain known as Bizarro is basically an evil and incomplete clone of the Man of Steel. It has several powers that are the anti-thesis of Superman’s like Freeze Vision and Fire breath. Bizarra is the creation of Mr. Mxyzptlk. Using the powers of the fifth dimension, the supervillain created Bizarra to be the equivalent of Wonder Woman. But Bizarra was only strong enough to challenge Wonder Woman in a one on one duel. When it came to brains, the artificial life form had none to boast of.  Bizarra spoke in a twisted tongue and always meant the opposite of what she said. For example, when she says “I Love You”, she actually means “I Hate You”. 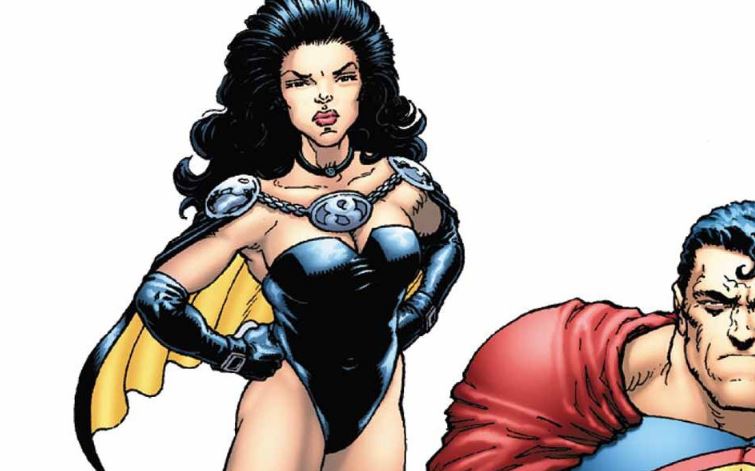 In Earth 3, an alternate reality where evil always triumphs over good, the Justice League is now the Crime Syndicate of America. Amongst the top, most members are Ultra Man, Owl Man and Super Woman – the Earth 3 equivalent of Superman, Batman and Wonder Woman. Super Woman has the same powers as Wonder Woman apart from the fact that she is extremely ruthless. She can use her lasso of truth to form serpents as well. Super Woman is incredibly powerful and is a wonderful manipulator. In the Forever Evil storyline, it is revealed that Super Woman is pregnant with Alexander Luthor’s Child. 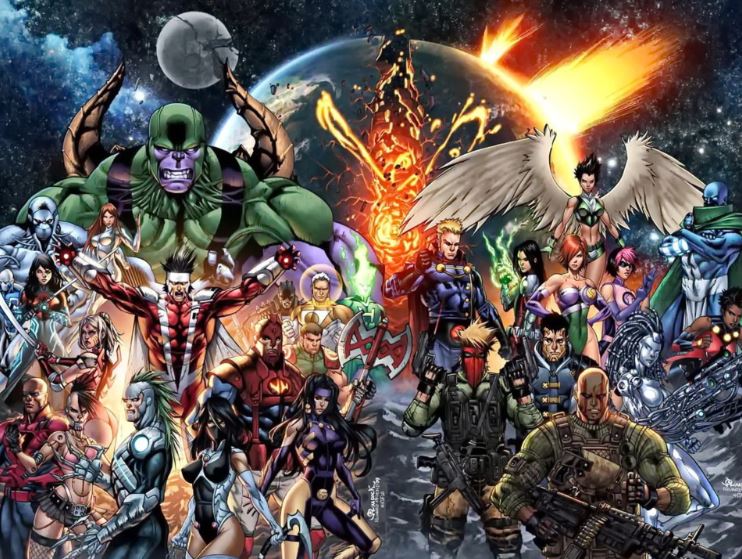 Earth 50 is the Wild storm Universe, a separate universe of a separate publication of DC Comics. In Earth 50, instead of the Justice League, we see the Storm Watch filling those shoes. Storm Watch is headed by Apollo and Mid-Nighter, the counterparts of Superman and Batman in the Earth 50 Universe. But to top it off, they are also in a homosexual relationship. This universe also had its own version of Wonder Woman called Amaze. She had all the standard abilities of an Amazonian demigod as well as her own unique powers, like her shape-shifting bracelets. 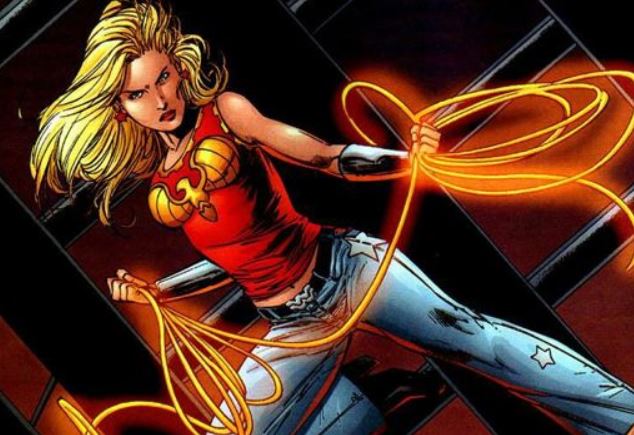 It is not always an alternate universe where we can find a powerful alternative to the Wonder Woman. Sometimes, there is a candidate right next to us. Cassandra Sandsmark is the cousin of Diana Prince and is a descendant of Zeus. Some iteration puts her as the daughter of the Greek God of War, Ares. Whatever may be the case she still has the blood of the Gods flowing through her and is, therefore, a Demi-God just like Diana. Many consider Cassandra Sandsmark to be the real future of Wonder Woman. Zeus has even claimed that Cassandra is fit to join the Greek Pantheon of gods in the future and become a deity herself. 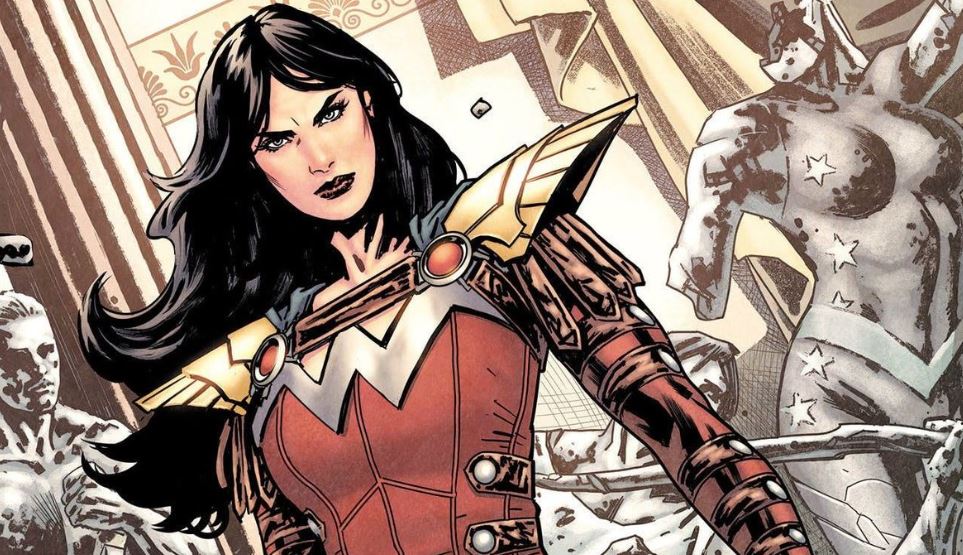 Donna Troy is the first superheroine to assume the role of Wonder Girl in the DC Comic books. Troy was designed in clay and was supposed to be the fail-safe in case Wonder Woman goes rogue and must be stopped. Some comic books claim the girl known as Donna Troy is actually Wonder Woman’s teen sister.  Donna Troy is a very celebrated character from DC Comics and has been a pivotal part of the DC Comic Book universe. When she was just a kid, Donna was given false memory impulses so as to stop himself from becoming too violent and trying to break-out. 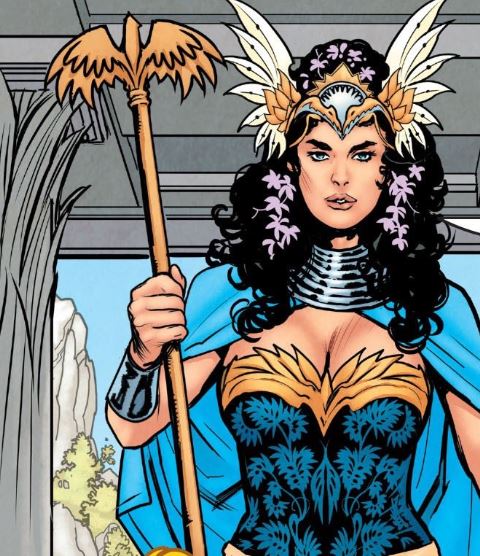 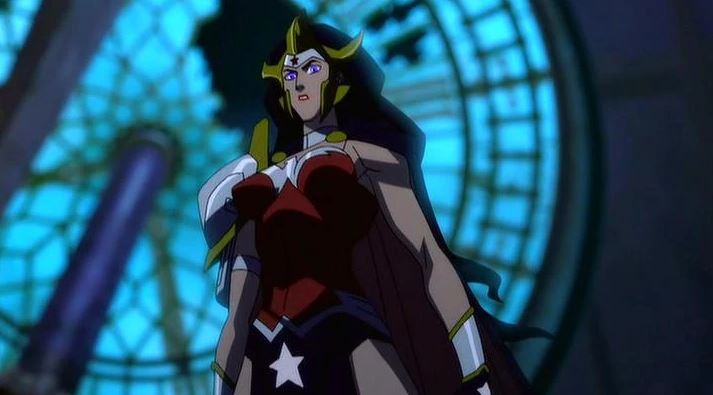 While we never got to see the Flashpoint Paradox Wonder Woman in live-action since the Flash movie probably stands canceled. But you could always catch a glimpse of how it would be like to have an evil Wonder Woman if you watch the animated Flash-Point paradox movie. Brutal and inhumane in her ways, the Wonder Woman of the flashpoint universe does not care about collateral damage. She literally ordered her Amazons to invade the United Kingdom and uphold it in mid-air after her own home Themiscyra was destroyed by Atlanteans. This version of Wonder Woman has literally no moral code and will kill anyone, including children, to get the job done.