The world’s two foremost experts in science and technology in the Marvel Comic Book Universe, if we do not count Hank Pym in the list – are Tony Stark aka Iron Man and Reed Richards aka Mister Fantastic. You can be super strong. You may be able to fly or shoot infinite amounts of energy from your limbs. But if you do not have the brains to back up your brawns, you will not last against the Big League villains in the Marvel Comic Book Universe. The reason Tony Stark and Reed Richards are some of the most celebrated figures amongst Marvel fans because of their ability to outsmart their opponents and stay ahead of the game every step of the way. Their thirst for knowledge is what differentiates them from the rest of the crowd and set them apart. And it is time to figure out who is smarter than the other. Presenting – 10 reasons why Reed Richards is way smarter than Tony Stark could ever be! 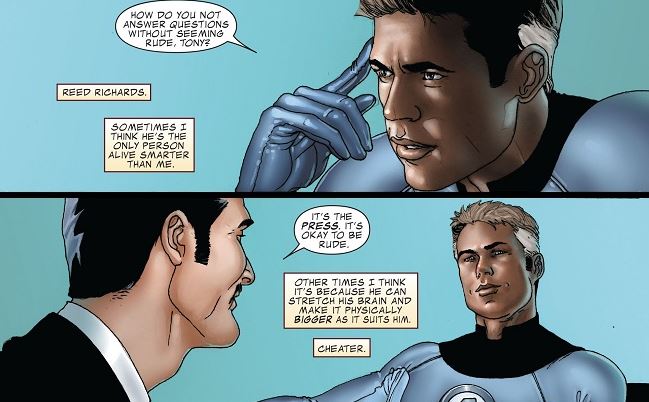 You may be smart but common sense is an art that is seldom understood by everyone, sometimes even Tony Stark. Tony has had his fair share of screw ups thanks to his trigger happy over-smartness getting the better of him. That is how several times, the world gets into trouble because Tony forgot to look into the consequences of his action, for example – Ultron. Reed Richards never had to face that trouble. We may not actually claim that Richards is better at strategy than Stark, but we has shown some pretty good signs of being able to judge the distance before he takes the leap. 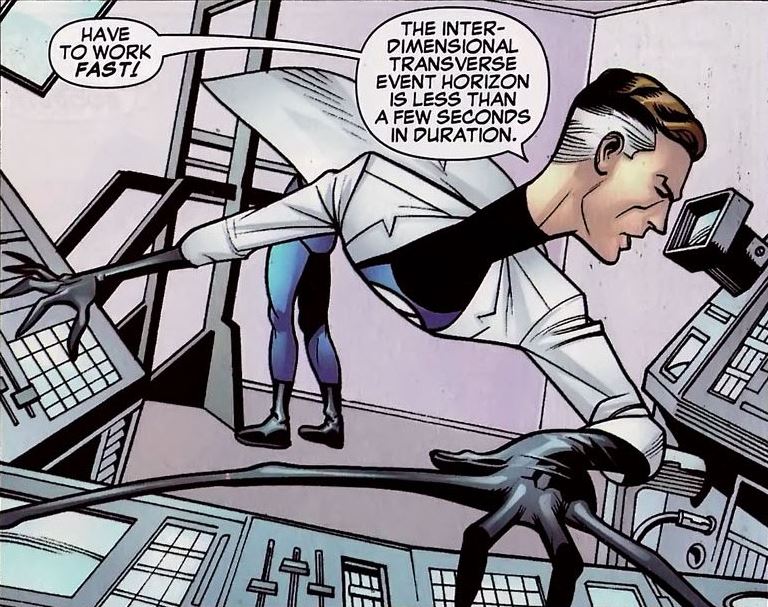 The actual IQ level of Reed Richards and Tony Stark of the mainstream Marvel Contuity is not known. So we will have to take into account their multi-verse counterparts. Since each Multi-verse counterpart is basically the same version with a different turn of events, we can assume all of them have same capabilities. We take into account Earth 1610, an alternate universe Earth where Reed Richards turned evil and built up a machine that allowed him to expand his already incredible intelligence to vast amounts. Now calling himself the Thinker, this Reed Richards had an IQ level of more than 267!! There have been evil versions of Iron Man as well. Superior Iron Man was one attempt by Tony Stark go the evil route and augment his intelligence using modified Extremis nano technology. But even then his IQ does not come even close to Reed Richards’.

3. His discoveries are more profound 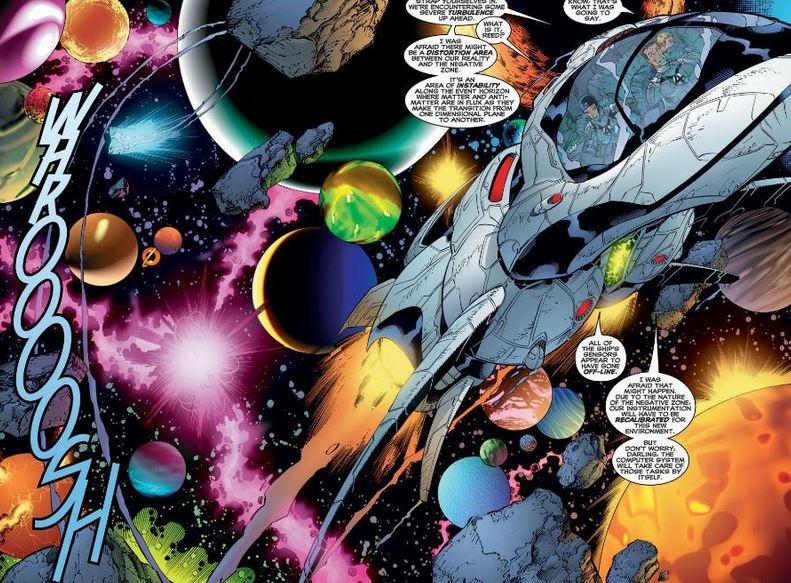 Granted Tony Stark developed the equation that allowed people to travel through time in the MCU, but in the comic books, it is not that big a feat. Time travel technology is a dime a dozen. But you can trust Reed Richards to up the ante in the comic books as well. It was Reed Richards who discovered the Negative Zone, an alternate reality that is now an inter-dimensional prison housing the most dangerous criminals the world has ever seen. He also discovered Parker Particles, elements that do not fall into the realm of the periodic table but are the prime players that allow the universe to expand. They are also limitless sources of clean energy. He also developed unstable molecular fabric, which is now the stapled norm for most superhero costumes now.

Once, Franklin Richards, the son of Sue Storm and Reed Richards, was abducted by the Skrulls. Since Franklin Richards was on Omega level Mutant who could warp reality and bend entire universes to his will, the Skrulls intended to use him as a weapon against their enemies. Richards caught wind of their plan and infiltrated the Skrull home-planet where Franklin was being held. In three hours, he made an atomic displacer that could produce so much energy it could annihilate an entire solar system. In three hours, Richards created a machine literally out of junk and black-mailed an entire empire against their will to do what he wanted them to do.

Iron Man has his fair share of intelligent villains. He fights Advanced Idea Mechanics – a group of evil but genius scientists on a daily basis. But Iron Man never had a fairly smart enough villain that could give his mind a run for his money. Reed Richards on the other hand has had the lion’s share when it comes to smarter villains. The guy’s mortal enemy is Doctor Doom himself, one of the most powerful super villains the universe had ever seen. Reed also finds himself fighting cosmic threats like Galactus, who is also said to be stupendously smart, and had the power of hyper cosmic awareness. Iron Man villains prefer to use brawns while Reed Richards’ prefer to believe in the mind over matter concept.

6. Never lets emotions get the better of him

We have to give it to Reed Richards. The guy knows when rationale and logic should handle the course of events. After Galactus decided to have Earth like a Saturday night steak dinner, Iron Man and Captain America decided it was best to kill the Devourer of Worlds after he was defeated. Their logic was that if they let Galactus live, he will come back again. It was Richards who deduced that Galactus was actually a force of the universe and his existence keeps the balance of creation in check. Killing him will make the universe descend into chaos. The universe owes a lot to Richards. 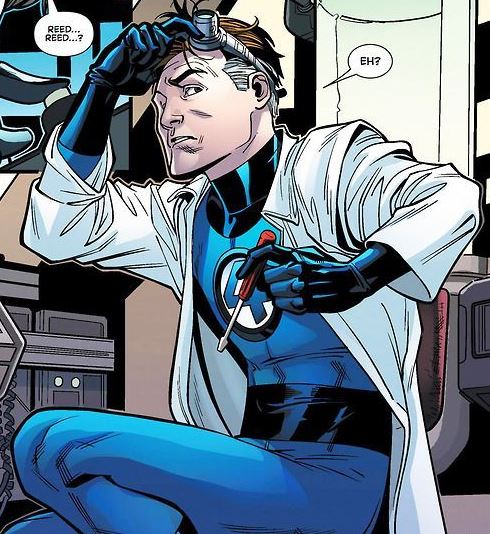 Both were gifted enough to over-achieve in their academic careers. Tony Stark graduated from MIT when he was at the tender age of 17. People who have an IQ above 150 tend to do that. But why Reed Richards is better than Tony Stark in this field is because he has actually achieved more than Tony Stark ever could even before he was 17. He was only 14 when he got into Cal-Tech. By the time he was 17, he had achieved masters and several PhDs in the field of particle physics, chemical engineering, mathematics, biochemical science and theoretical physics. Reed was a polymath of the highest order. 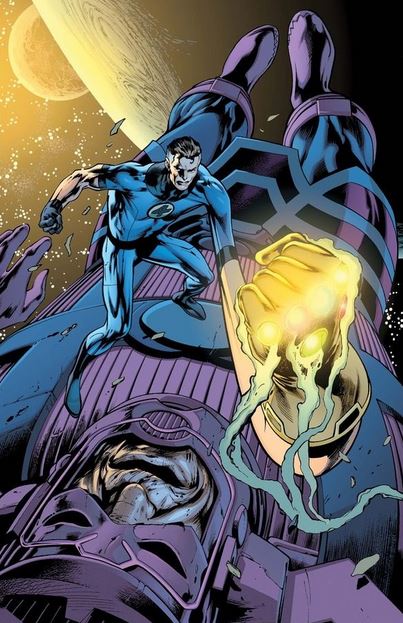 Tony Stark has defeated cosmic level villains like Thanos. But his list of super strong villains is not as extensive. On the other hand, the guy we called Reed Richards aka Mister Fantastic of the Fantastic Four has defeated two huge super villains – God Emperor Doom – who had absorbed the power of a Beyonder and had become a God, and Galactus, the freaking Devourer of Worlds who eats planets for a living. Reed Richards takes this one fair and square. 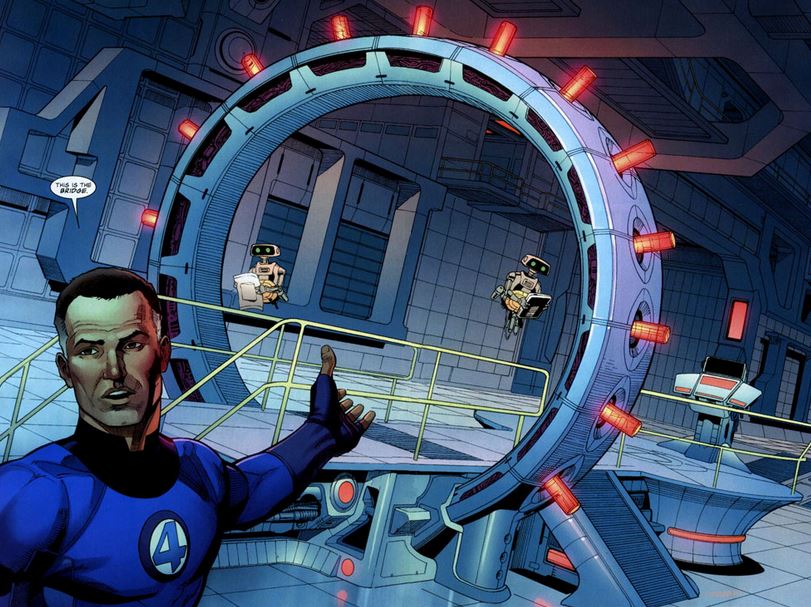 Maybe by now you guys would be cribbing at how offensive this list is towards Iron Man. But all we are saying are actually facts from the comic books. Iron Man is a gifted inventor, no doubt about that. But Reed Richards has had better contributions in that field. While Iron Man’s inventions have quantity on their side, Richards’ inventions have quality. Every time Richards comes up with something, the fate of the world is changed forever. He was the one who invented the Anti-Matter Injection System, a weapons system that can destroy a whole planet. He is also credited with other crazy technology like the Bridge – a device that allows one to look into any reality imaginable. From travelling to the literal afterlife and creating a coma cannon that can put people into a coma, Reed Richards has done it all through his inventions.

10. Better ability to think things ahead 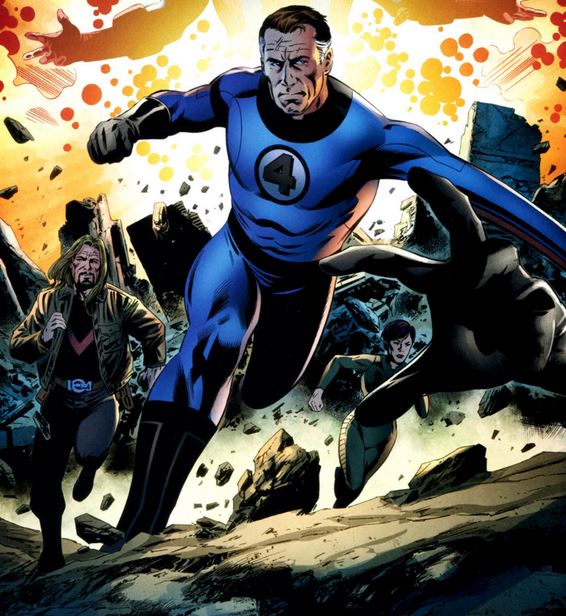 After the Multi-Verse descended into madness and entire universes collided together to destroy each other, it was up to Doctor Doom to keep things running. By using the power of a Beyonder, Doom merged all remaining universes into Battle-World. God Emperor Doom was soon defeated but it was a long way for the universe to be repaired and the damage done to it by Doom was extensive and looked almost irreversible. But Richards had already planned for such an event and had planned ahead. Tony Stark is yet to show such formidable foresight. 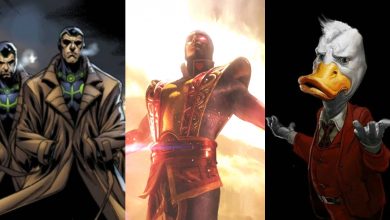 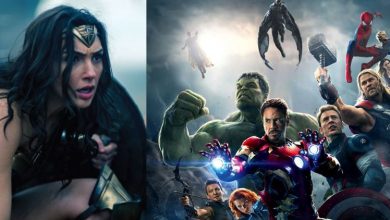 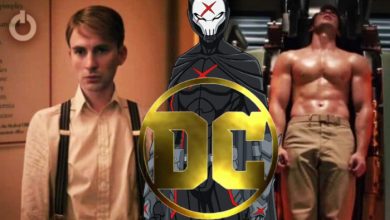