Before the Big Bang created the Marvel Universe, there was another cradle of creation – a different universe that preceded the mainstream universe. And Galactus was one of the many inhabitants of this ‘precursor’ universe. After the Big Bang released an insane amount of cosmic energy, Galactus, the last survivor of his kind, somehow managed to survive the ordeal by absorbing the remnant comic energy left after the Big Bang event. He became the Devourer of Worlds, his hunger leading him to harvest planets teeming with life to satiate it. As the Disney-Fox merger is now up and running, Galactus, originally a Fox Studios property, will now be a part of the Disney franchise. This means that there is hope for Galactus to make his mark in the Marvel Cinematic Universe. Maybe he even gets to fight the Avengers. But in order to fully gauge the depth of what we just said, we need to know what Galactus is truly capable of as a cosmic giant. Presenting – 11 of the Strongest Powers of Marvel’s Galactus the Destroyer of Worlds – Ranked! 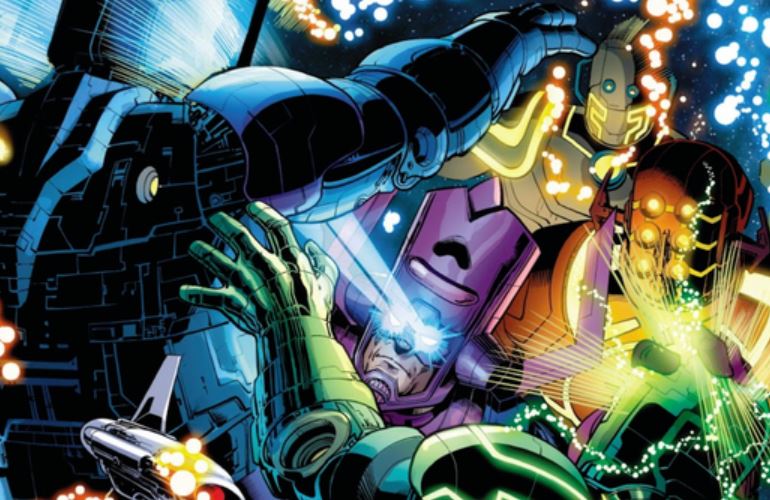 This is a basic ability found in a lot of Earth’s superhuman populace. The ability to move objects with your mind is pretty commonplace. Jean Grey and Hellion of the X-Men are only a few prime examples. Some more popular ones are Cable, Emma Frost, and X-Man. But Galactus is not a runt like the mutants. His powers of telekinesis are of a planetary scale. He can move entire planets at will. If he wants, he can disintegrate an entire solar system by concentrating on the star and making it explode. He has already done it in the past in the comic books. He rarely exercises his telekinetic powers since he seldom needs it. All he does is move his little finger and his enemies tremble in fear.

Galactus can not only absorb but also release massive amounts of cosmic energy. It is his hunger for energy that drives him to look for newer planets to devour. He uses the infinite energy within him to release huge rays of concussive energy beams that are capable of destroying multiple planets in a single beam. But Galactus never actually uses it on planets. The fact is – the Devourer of Worlds needs those planets to satisfy his never-ending hunger. If the planet itself is destroyed, what will he harvest??

His telepathy is one of his most underrated abilities. Galactus’ telepathy is extremely powerful. He can talk to people who are located in different galaxies with relative ease. His mind is also nigh impenetrable. Even the most powerful mutant telepaths like Jean Grey and Professor Charles Xavier have trouble getting past his mental defenses. He also has the ability to alter and manipulate the thought processes of a whole world at the same time and change their memories of need be. 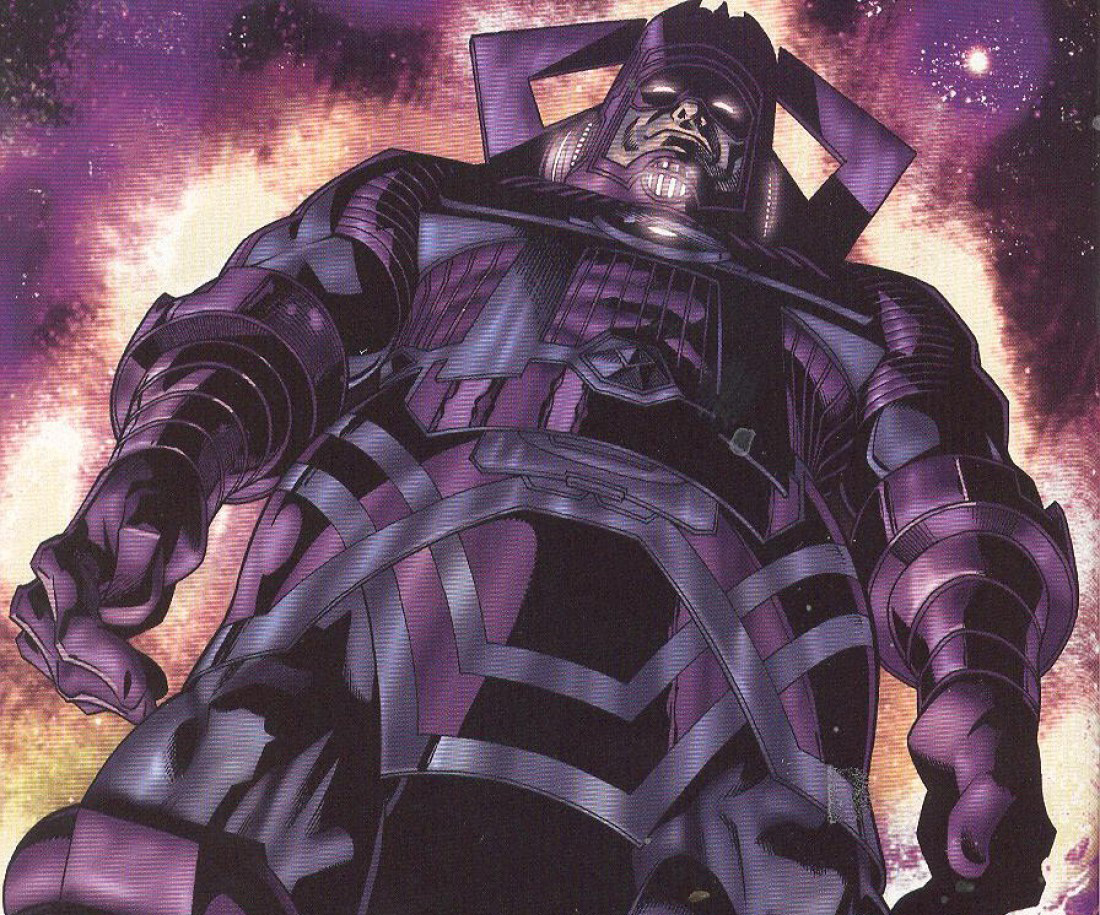 Galactus’ super strong hide has withstood blows from Gods themselves. Odin has struck Galactus at point-blank range after conjuring an inordinate amount of magic and it only made Galactus flinch. He has taken the full-scale blow of nuclear warheads and lived to tell the tale. He has even crashed onto entire planets and still survived. The Hulk and the Thing, heroes that are known to be inhumanly string, even compared to Super Human standards, do not hold even a candle against Galactus. His invulnerability also extends to all forms of poisons and diseases. The only known weapon that was capable of hurting him is the Ultimate Nullifier. 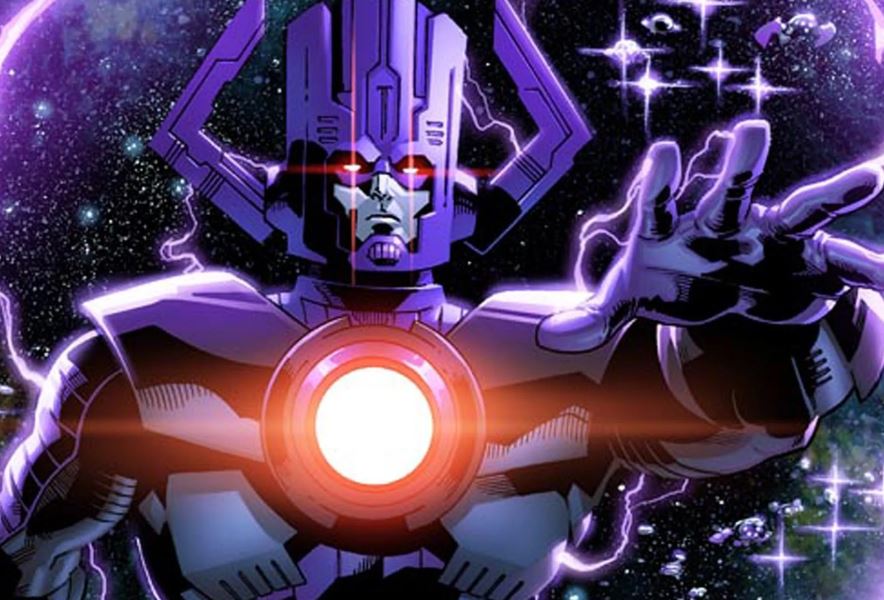 Galactus ability to project force fields could be considered a redundant superpower considering his invulnerability already does the job. But it has come handy in many occasions. Galactus’ ability to create force fields does extend to others – which mean that he can create a force field to protect himself as well as others at a distance. He has used his force field generation power to shield an entire planet once. 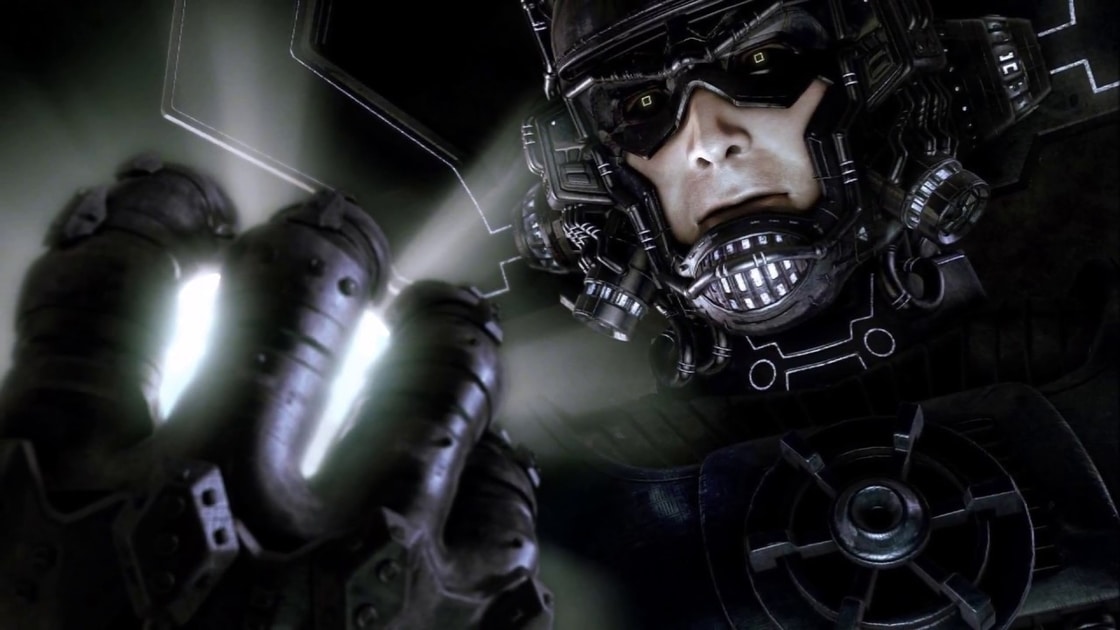 Just like his ability to create force fields, Galactus has the option of using it on himself as well as others. Many a times, Galactus has even used it as an offensive superpower. When someone annoys him too much, he can teleport the person millions and billions of miles away in the universe into the center of a Red Giant or a Black Hole. He could also teleport himself into whichever location of the Universe he wishes to go to.

This ability of his is often overlooked. Galactus power to shrink or enlarge himself means he can either go down to human or even microscopic levels or grow to tower whole planets. While he prefers to maintain an enlarged planetary level form, the full extent of his size manipulation powers is not known. Maybe he is capable of growing even bigger. He just has not shown it yet. 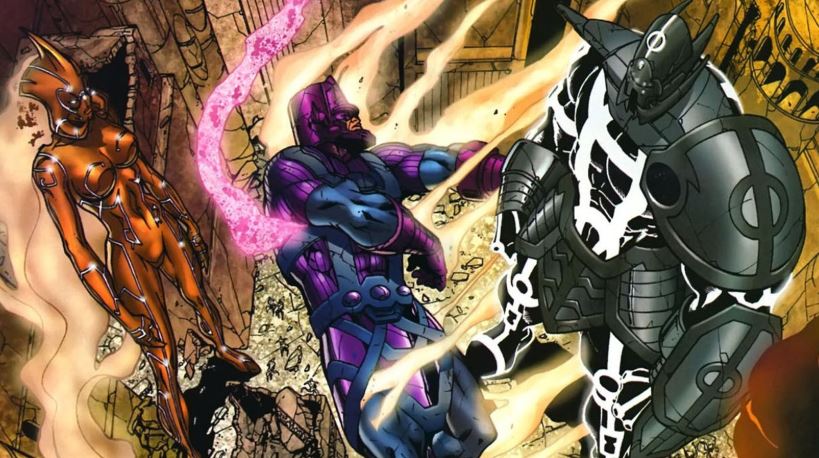 Galactus has been killed in the past. But he has always somehow managed to come back alive from the land of the dead. It was never clear how a guy who has been killed so many times managed to cheat death. Turns out, he has a role in the universe. His job is to maintain balance between Death and Eternity. If there is no such balance, the Universe falls back into chaos. So it is fate and the will of the universe that somehow brings back Galactus every time he breathes his last. He cannot die lest the whole world dies with him. 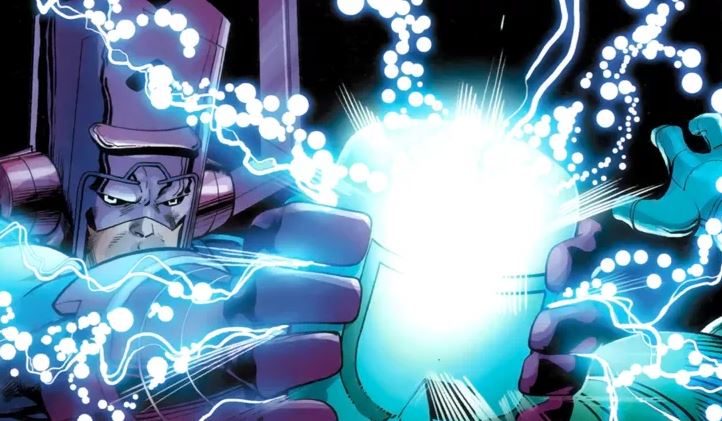 When Galactus makes a sentient life form his herald, what Galactus actually does is imbue the herald with a small slice of the cosmic pie that is his total power. The Heralds of Galactus, even though just owning a fraction of Galactus’ Power Cosmic, are still strong enough to sink entire continents if they get down to business. Galactus also has the ability to take back his powers from his Heralds if they go rogue or do not follow orders. 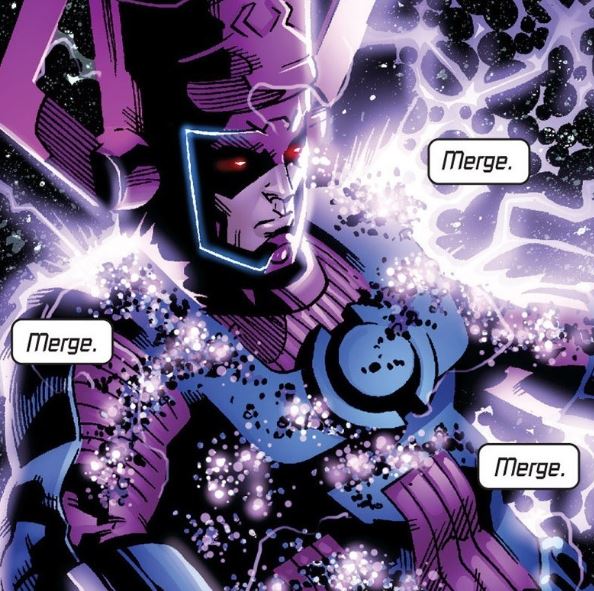 Galactus is so in tune with the Universe that he can feel whatever is happening no matter how far, in a matter of seconds. His cosmic awareness, coupled with his incredibly deep knowledge of science and technology, has allowed him to create wonderful and miraculous pieces if technology like his chair like World Ship – Tara II as well as the Ultimate Nullifier, a weapon that has the ability to wipe out any being, reality or even a whole universe from existence. 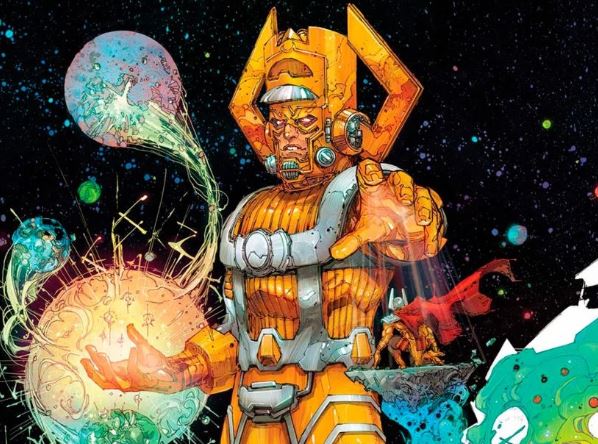 Galactus is mostly known to end life as we know it, not start it. But that was the case that happened after the being known as Galactus encountered the Ultimates – a superhero team hell-bent on protecting the world from cosmic level threats. The Ultimates threw Galactus into an incubator, where he came out as a completely changed entity. Now, he has a never-ending desire to create life wherever he finds energy signatures. That facet of his power did not last long enough though. After the Silver Surfer forced him to feed on a planet that was rife with Ultron war-bots, Galactus’ hunger returned with a vengeance and he was back to his former self not long after. 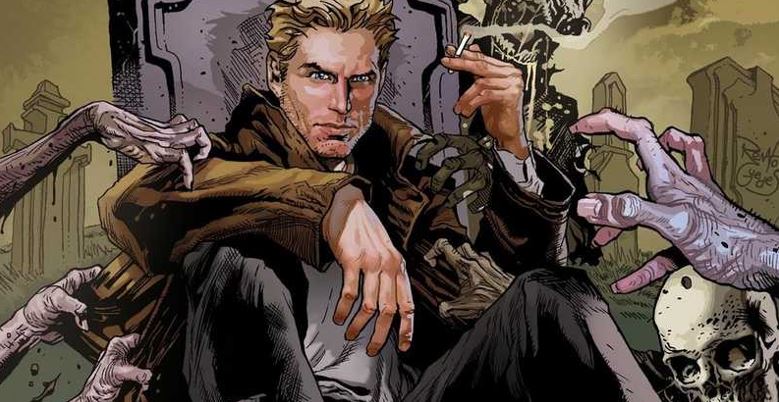 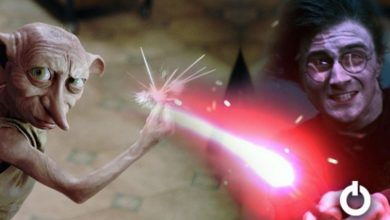