It’s not easy to be an ‘Avenger’ because all your life you have to surrender yourself for the lives of people and happiness of others despite not having a second for yourself. We have seen for so many years all the sacrifices our superheroes has made for us and one of the most famous teams in the world of superheroes is MCU’s Avengers and we all know that every member of the team of Avengers has a huge fan following out there and fans who can die for them. But there are a lot of stories in the Comic Books and it’s easy to say that whenever a superhero betrays the team, humans, and the planet earth. 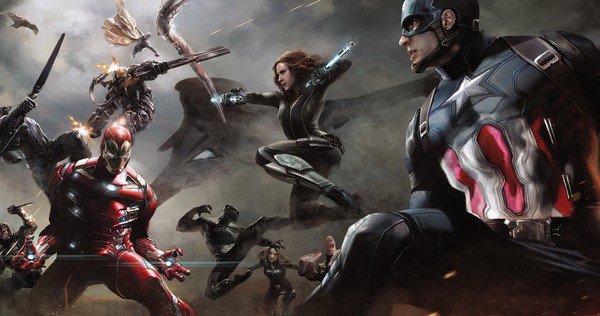 It’s one of the saddest parts of the life of that fan because in for so many years what he learns from that superhero is always do good and when you realize that it was a lie because in the end your superhero has turned into evil and has betrayed you and his team. I know it’s not good and healthy to mention something from the side of DC while we are talking about Marvel but I think we all agree to the lines which Harvey Dent has said in the movie ‘The Dark Knight’,

“You Either Die As A Hero, Or You Live Long Enough To See Yourself Become The Villain”.

So, today we are going to have a look at the Avengers who has betrayed the team and humans in all these years:

During the famous ‘Secret Empire’ we have seen that Ant-Man is one of the most dedicated members of the underground and the reason of that was the kidnapping of his daughter Cassie through Hydra and he has to report about the movements of resistance.

The biggest consequence of this was that he was the one who altered Hydra when rest of the Avengers managed to find out the two fragments of the Cosmic Cube, with Hydra showing up at the doorstep of Underground. Because of Lang, he did accept that he was involved with vicious Hydra in order to make some amends. But, he also played an important role when Cosmic Cube reformed while Steve Rodgers was restoring. 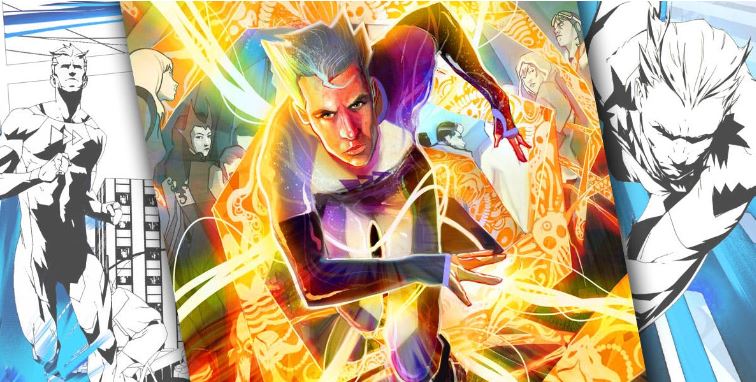 It was Freedom Force who arrested both the Avengers and the West Coast Avengers during a friendly game of softball but it was Quicksilver who gave the information of Avengers location to the government and revealed himself as the mastermind in the team of West Coast Avengers Annual #1. Quicksilver accused the Avengers as the reason for his bad relationship with his wife and sister; in order to gain revenge from them, he took some vicious steps by including the LMD versions of an evil group and also planted a giant bomb in Australia. 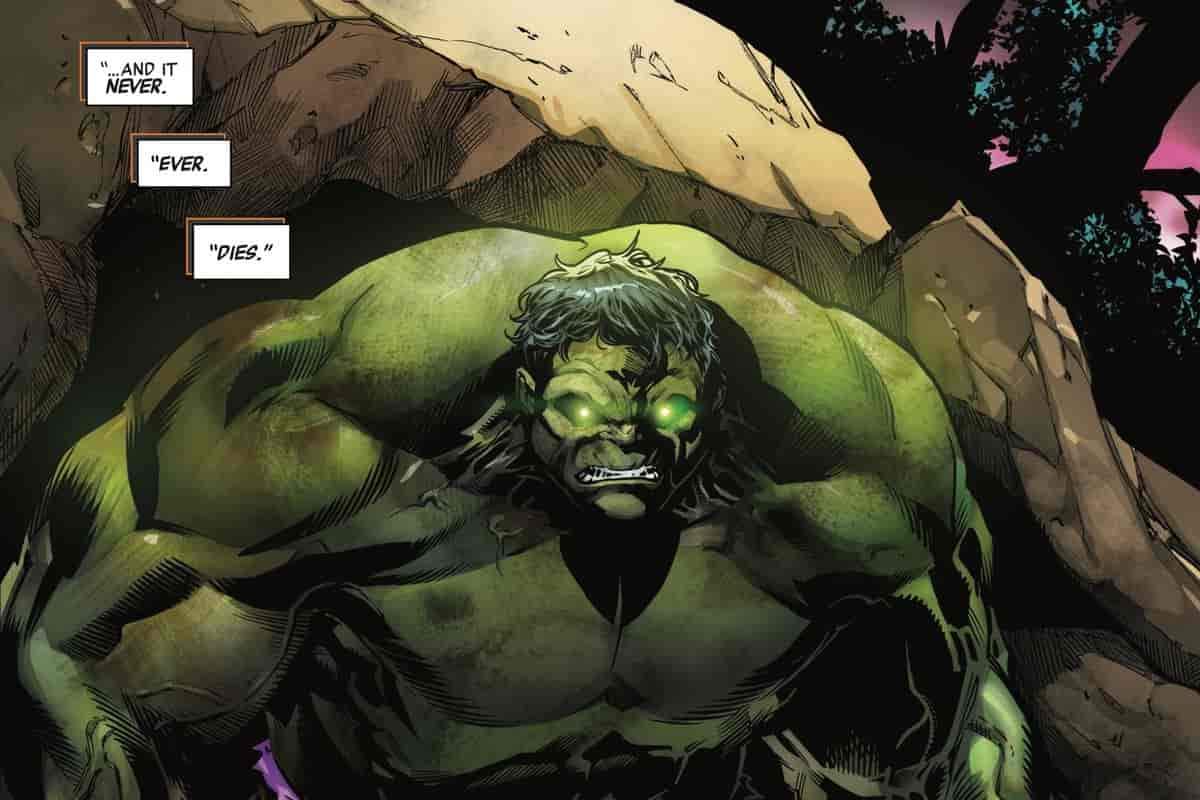 After a lethal battle with Space Phantom, it was Hulk who started thinking that his Avengers teammates just simply hate him and after which he quit the team as we saw at the end of Avengers #2. But, he was plotting a big revenge with the sub-mariner in the later issues.

But, after having a lethal fight with the Avengers, both Hulk and Namor pushed the Avengers to the edge of defeat but before that it was Hulk who got turned into Banner because of all the emotions he was facing while fighting with his own team members and after that he just ran from there and didn’t fight with them, which left Namor with only one choice of accepting his defeat and surrendering to Avengers. 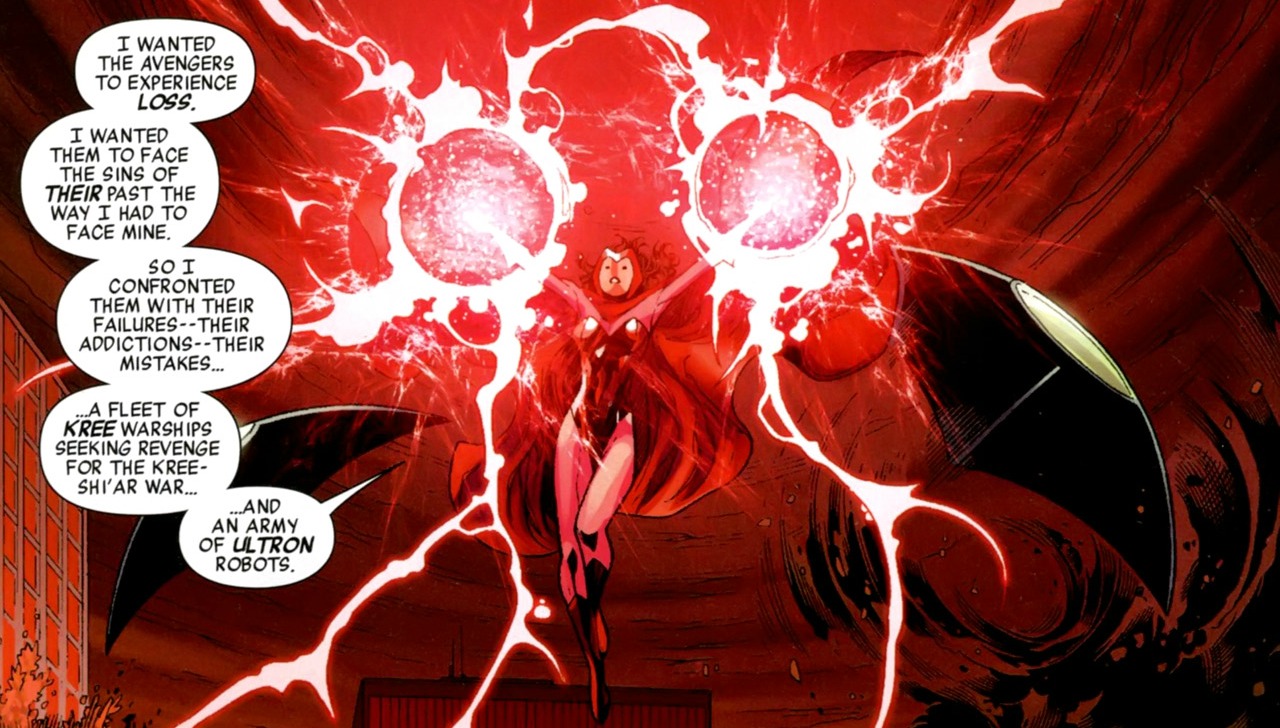 In the ‘Avengers Disassembled’ Story, we’ve seen that it was Scarlet Witch who went off in an insanely evil mode after her wish to have children overtakes her mind. As we all know that she and her android husband can’t give birth to a child and in order to subtract this limitation of their relation she started using reality-warping abilities and powers in order to make real human babies goes off to a bad end and unleashed her into a mad women with all these powerful powers in her hands. 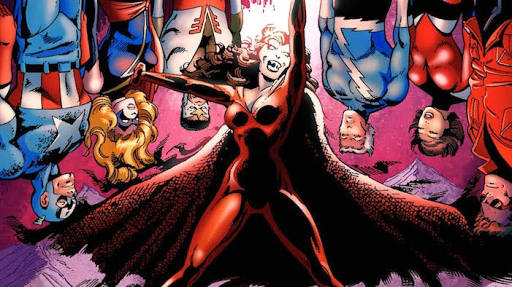 It was Iron Man who was drunk while giving a speech at the UN and that cost him and his team losing their charter. After which it was She-Hulk who ripped Vision into two halves, as a Kree warship came out of thin air and it was Hawkeye who died while stopping it. Avengers just disbanded for some time after they finally got success in controlling Scarlet Witch but it was a very emotional time for all the Avengers. 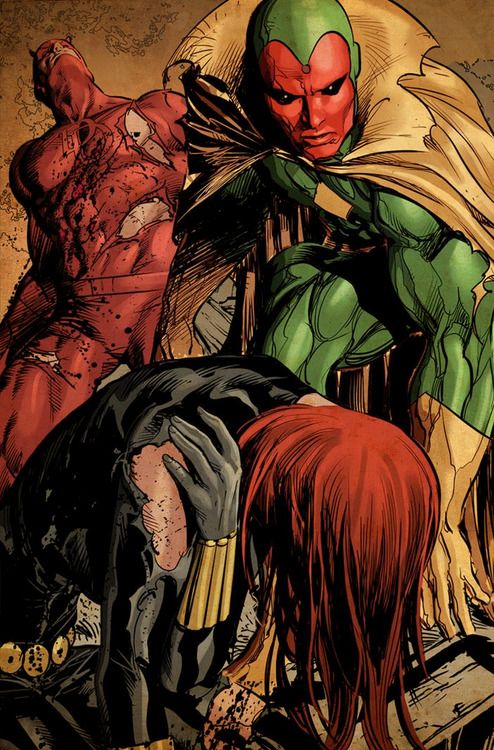 One of the most amazing stories we have seen in the history of Marvel Comic Books is this one as in ‘Avengers #253’ we see that Vision is the one who got linked with a supercomputer form Titan, with which he started believing that the only way to save earth from all the dangerous enemies in the universe is to run that supercomputer. 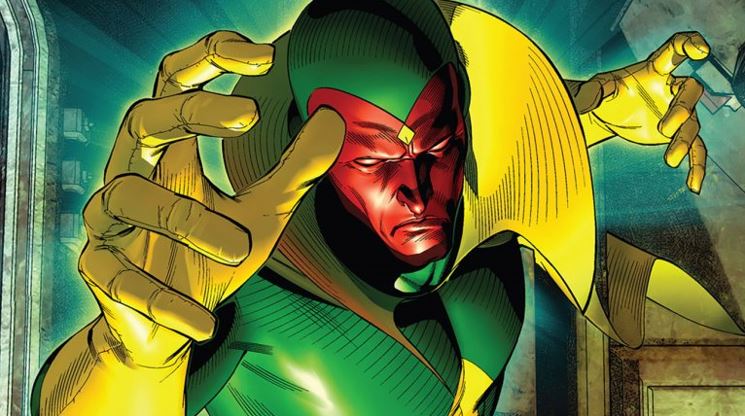 During the initial stages of the mission, he had Hawkeye with him and expanded the west coast Avengers in order to expand the influence of Avengers and also had a meeting with the leader of Free World. But, when he didn’t get the controlled he wished for in #253, he simply took over on every single computer resent on the planet and started the machines through them for mass destruction to the planet. 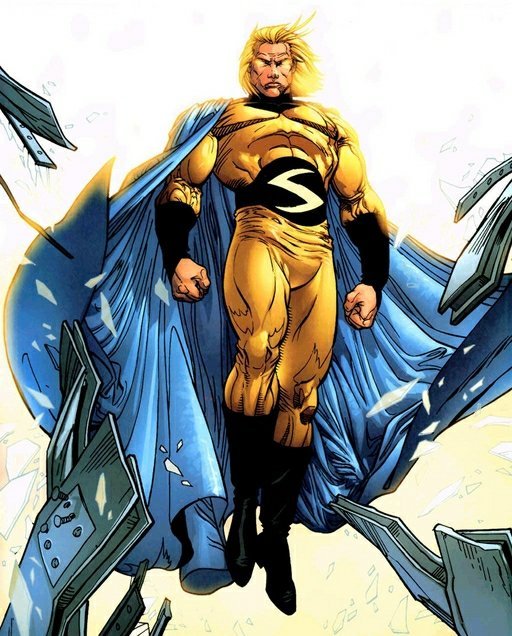 It was Captain America who recruited Sentry in the New Avengers but later he was changed into one of the Dark Avengers. He was a beholder of some supreme powers but at the same time was a very psychologically disturbed person who sometimes has an evil mind, The Void. It was one of the greatest villains of Marvel Norman Osborn who convinced Sentry to join his team as he will help him in gaining full control over his mind and powers and as a part of the deal, Sentry joined the forces of Dark Avengers.

He was involved in the famous Siege of Thor’s Asgard, and also took Loki out of the equation when God of Mischief finally decided to join Avengers in order to stop Sentry. But, it was the God of Thunder –Thor, who threw him into the sun and before doing that he said that all the Avengers are very disappointed and saddened with his betrayal towards them. 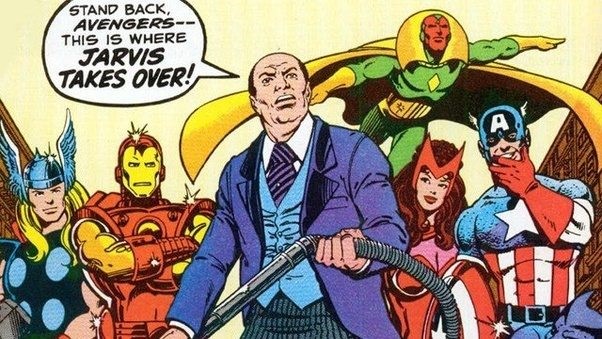 In Avengers #54-55 we see that Jarvis who is regarded as one of the most allies of Avengers just betrayed them as he sold the plans of the Avengers to Ultron-5 and in order to clear his image he said that he needs money for the treatment of his mother who is in a very bad condition and is hospitalized. But, after some time he realizes that it was Ultron-5 who just hypnotized him and was the reason for his betrayal towards his friends and allies Avengers.

In Black Widow Vol. 6, we see that a clear move has been played by Natasha as Weeping Lion was the one who blackmailed the Black Widow and forced her to defect from the S.H.I.E.L.D. As she was on her quest to find the blackmailer it was Tony Stark who traced her and took her back into the Avengers Tower. 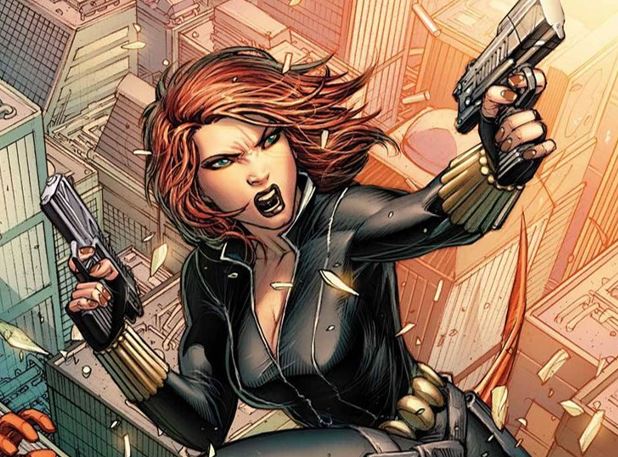 It was Natasha who knocked Tony out and stole some very highly advanced weapons and equipment in order to complete her mission. It was all of a plan to let Start finding him and then eventually gaining access to his facilities.

The fan who knows about the story of ‘The Crossing’ will call Iron Man a criminal and a traitor because in the story, we see that Kang, the conqueror slowly and steadily manipulating Stark and sending him into an insane mode. In order to keep his bad secret alive, he killed one of the members of the Avengers and put all the blame on the head of Hawkeye.

But, soon Avengers realized the true face of Tony and hired a younger Tony Stark in order to stop the corrupted one but this path from the Avengers failed as both Tony and Kang nearly destroyed the time as we all know in the story. So, we see a very different Tony Stark in this story and also the destruction he can do to the whole time if he can change sides. 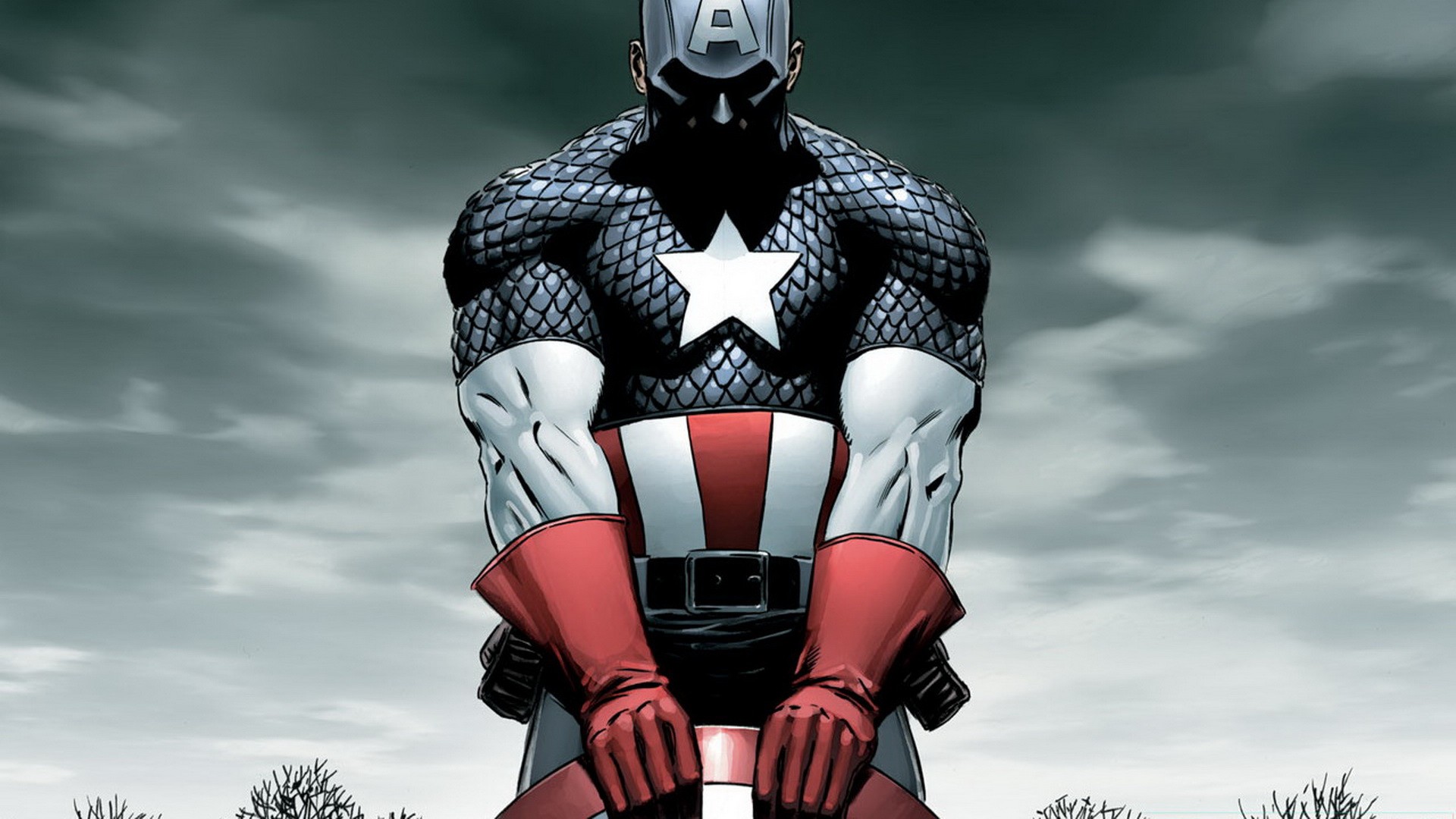 Arguably the biggest betrayal of all time and the greatest in the history of Marvel was when the man who is regarded as one of the most faithful Avengers in the world and also one of the kindest persons on the planet turned his back towards the humans and Avengers.

The events which led to ‘Secret Empire’, it was Captain America who revealed that he was a sleeper agent of Hydra since the beginning. But, the truth of the matter that it was a cosmic cube who just wrote a new history of Steve Rodgers as a loyal servant to Hydra. Captain killed Zemo and took over all of America in Hydra’s name.

So, whose betrayal shocked you the most? Tell us in the comments section below. 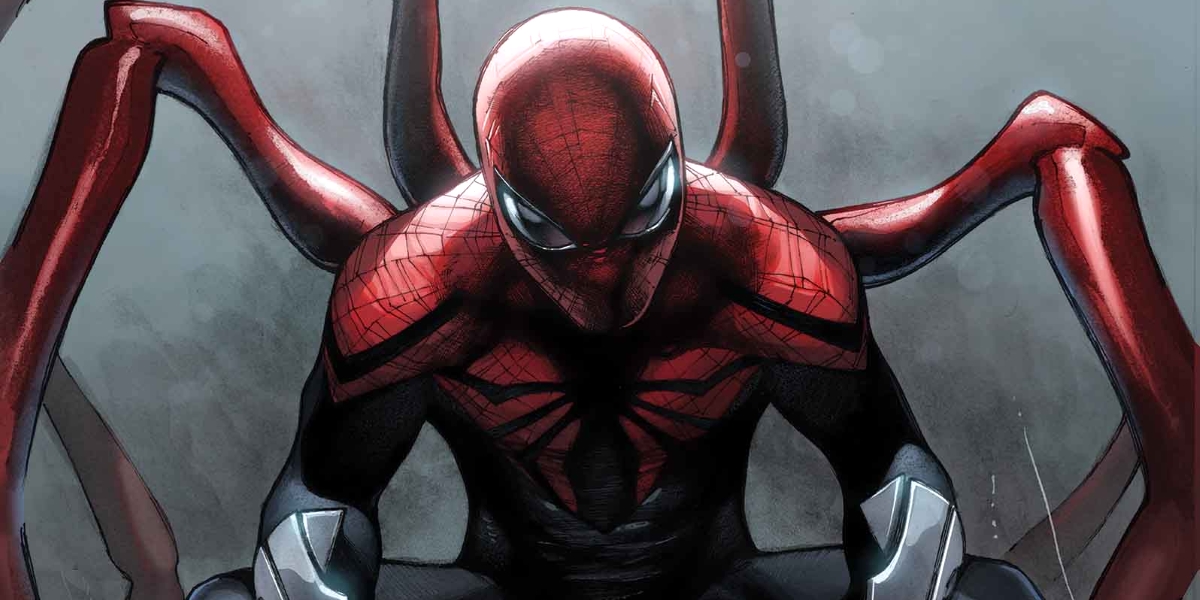