In an effort to read more often, I have been taking it upon myself to read a book a week. Of course, the reviews come out a little late. And in addition to all the books, I am reading, I had an awful cheat week of awfulness because I decided that now was the time to get into East Asian Culture, and binge-watched a Korean Drama and an Anime. Because I have so much time and no syllabus at all. Here’s the book review of We, the drowned Written by Carsten Jensen. Review by Ridiculosity.

To be fair to myself, I have read most of my syllabus even if I haven’t gotten to the backgrounds. So stop judging me, I’ll pass this semester.

The momentary defense of my actions aside, I read We, The Drowned around two weeks back. I’m currently finishing another book which will have a review of its own, but more on that later. We, The Drowned becomes on the more interesting books, since we have Historical fiction melded into an Iliad-esque narrative. Following the stories of a town and her sailors in Denmark, Carsten Jensen maps out the world for us from the 1800s to the Second World War. The premise alone would be gripping to connoisseurs in Historical Fiction and to me, the concept instantly appealed. And then, I began reading the book.

By this time, reading has become a matter of getting past the first fifty pages of skepticism. And boy, was I skeptic. With the introduction of Laurids Madsen, I thought the prose was going to be a little mock-heroic – what with the antics of Laurids as a character, and the depth with which the author wrote. I did not think this was going to be as good as it was promised to be. However, the Jensen gradually began to rope me.

The almost surreal experiences of the sailors on the ships and the camaraderie which Jensen captured is inexplicably real. Jensen decides not to focus on one character or one family as most Historical Fiction tends to – he oscillates between different characters of very different personality types, of very different backgrounds, and of very different philosophies. Jensen’s writing builds not just the character of a town or a family, instead he focuses on what makes sailors – well, sailors.

One of the most interesting writing styles also shows itself in Jensen’s narrative – occasionally, the book goes into first person. Most of the time, it remains in third person. However, it also periodically goes into the narrative of a collective ‘we.’ Someone describes the scenes to the reader, and that someone is unknown – he is part of what is happening in the words, yet he is also everywhere. This collective ‘we’ gives the very essence of all the Danish sailors that Jensen writes about. This technique is something I have never seen before, and something that was so gripping, it made me forget my skepticism. When the ‘we’ first makes its appearance, one would automatically think that someone who is part of the scene is explaining, yet after a while it becomes obvious that this ‘we’ is all Danish sailors from Marstal.

This very essence of Danish sailors is also one which gives some very typical seaman philosophy. It makes you feel connected to seamen, and it makes you think that you are as much a part of their history, without ever having stepped in the sea. Jensen envelopes the reader in yards and yards of Marstal, in its men, in its women, and in its children.

Jensen seems to know the children and women as much as he knows the sailors – the little victories of the sailors, the little losses: they become so important to the narrative. In addition, there are the women. The women – the ones who Jensen always refers to in their more real forms – in the way they worked while their husbands were away. Writing tends to always focus more on the men who sail than on the women – apart from the occasional love interests. Jensen’s approach is different.

Just as the sailors have a very essence, so do the women. The women make the backbone of the society in Marstal. And the women also become dynamic, become characters in their own right, and often enough become so much more complex than the men. Women of Jensen’s pen have ambition, imagination, and most of all motivation. The sea is as much a part of their lives as it is for the men, and that’s what concludes the book. 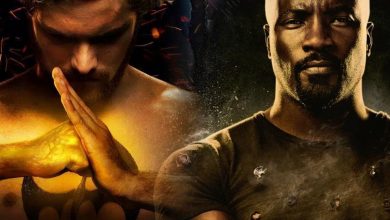 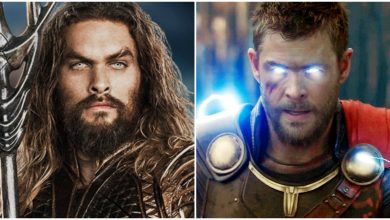 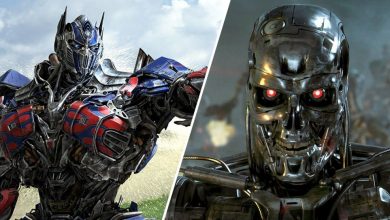 New Comic Book Has Transformers Vs. Terminator Fight And it is Awesome