What is Dragon Ball without rivalries? Rivals are a staple of Dragon Ball. From as early as the first story arc, Goku has faced many rivals. Dragon Ball never lingered on just one rivalry. The rivalry is the essence of the whole show and it has only made Goku the strongest and the most popular Anime character of all times. Now in this article one will surely find some of the no-so common rivals’ names, because there is a slight difference between a fully-fledged enemy and a rival. Through this article, we have tried to remember some of the forgotten Dragon Ball rivals, as the show is so long. Can you blame us! 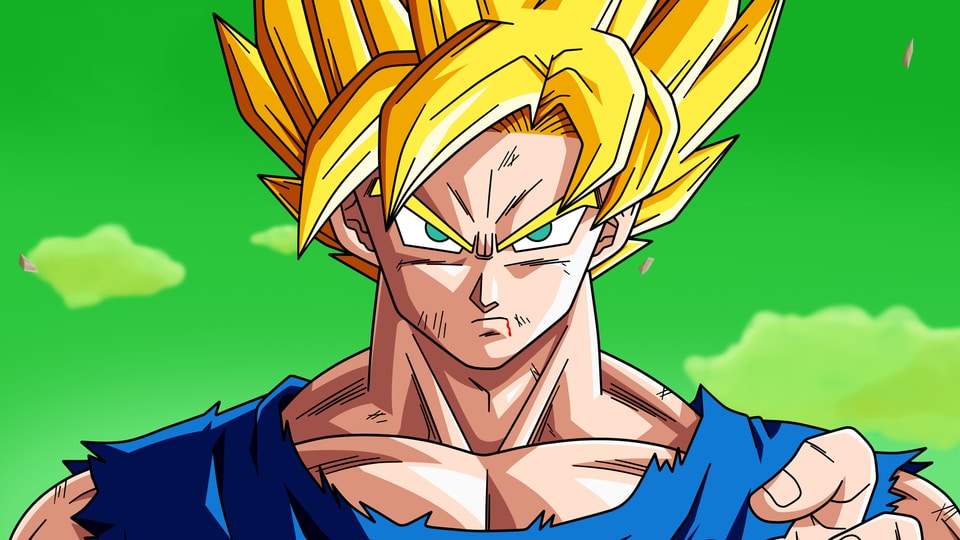 Goku’s rivals come and go, but his pursuit for greater strength lasts forever. In spite of this importance, however, Goku doesn’t actually defeat his rivals too often. If you want characters to push each other beyond their limits, you need to make them rivals, to bring out the best in each other. Dragon Ball has become dangerously infamous with several different rivalries throughout the series. 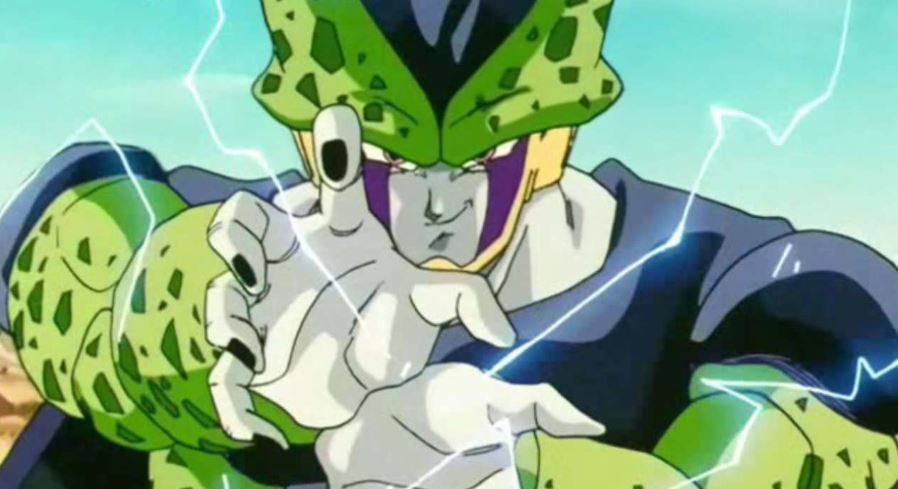 Cell was the ultimate creation of Dr. Gero, who designed Cell composing cells of Goku, Piccolo, Vegeta, Frieza, and King Cold. He is also aware of the information about Nappa, Raditz, Gohan, Tuen Shinhan, Chiaotzu, Krillin, and Yamcha. Cell also knew about Future Trunk as he too was from the future timeline.

Cell achieved his perfect form by absorbing the former creations of Dr. Gero, Android 17, and Android 18. In his perfect form, Cell was too powerful even for the legendary Super Saiyan. He was later defeated by Goku and his son, Gohan who broke his limits and achieved the level of Super Saiyan 2 whereas, in the end, Goku self sacrificed himself to protect his loved ones and died alongside Cell self-destructed himself. 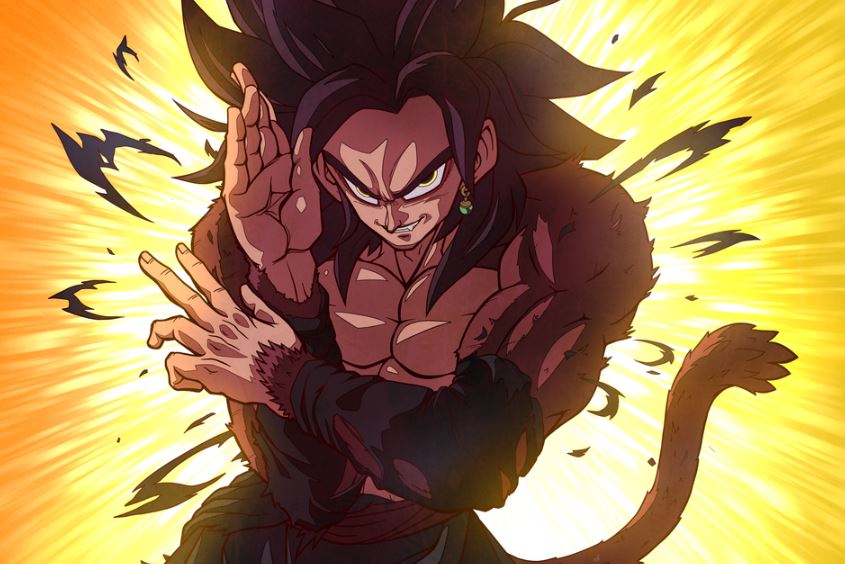 Goku Black was a North Kai from Universe 10 who was originally named Zamasu. Because of his excellent fighting skills he was selected to be a Supreme Kai and was sent to train under the current Supreme Kai, Gowasu.

Future Trunks informs the Z warriors about Black Goku which leads to Goku and Beerus paying the current Zamasu and Gowasu a visit in Universe 10. That is when Zamasu has a friendly fight with Goku and loses. He gets jealous and greedy for Goku’s powers and starts imitating him. Black Goku also introduces a new transformation known as Super Saiyan Rose which is not as powerful as Super Saiyan God or Super Saiyan Blue. 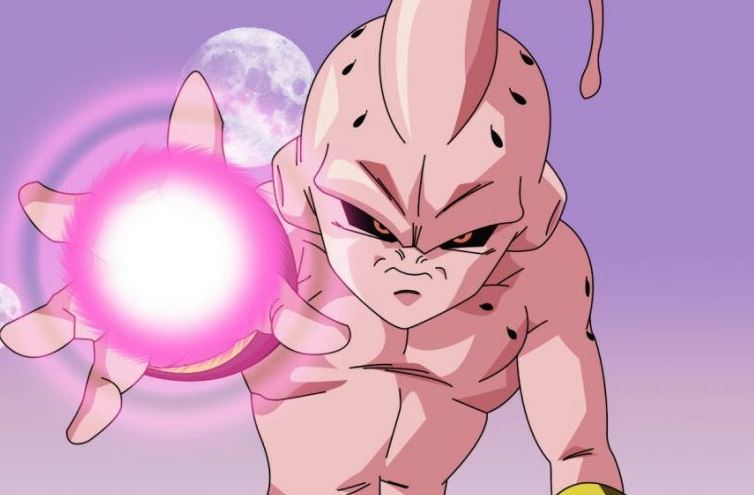 Kid Buu is the original and pure form of Majin Buu and unlike Majin Buu, Kid Buu’s mental condition and thought process are very impulsive and spontaneous. He even destroyed his own body to destroy the Earth. Kid Buu was summoned by an ancient magician Bibidi. Toriyama Akira said, “Though in the manga KaiohShin said that Bibidi made him, the truth is that one called “Buu” was not created by Bididi, but has existed since time immemorial. He cycled between rampages and long hibernation. Bibidi merely knew the means of calling Buu from out of his long slumber”. 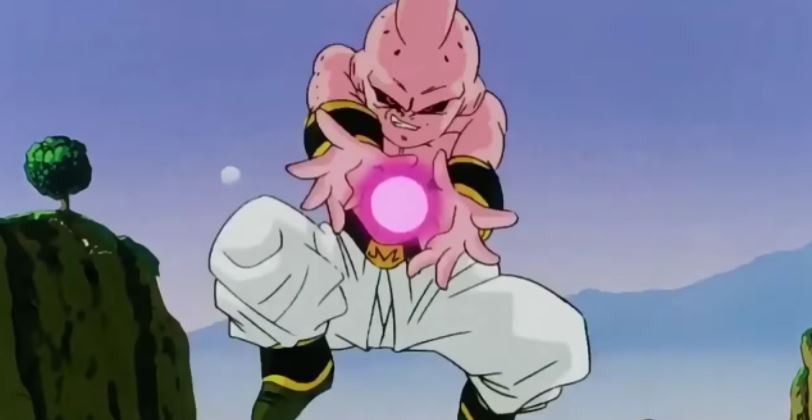 Kid Buu was even more powerful than Goku’s and Trunks’ Super Saiyan 3 and even Mistic Gohan. Even Lord Beerus was fast asleep at that moment. In the end, Kid Buu was defeated by The Spirit Bomb gathered by Goku and all his friends and the people of Earth helped too due to Mr. Satan. 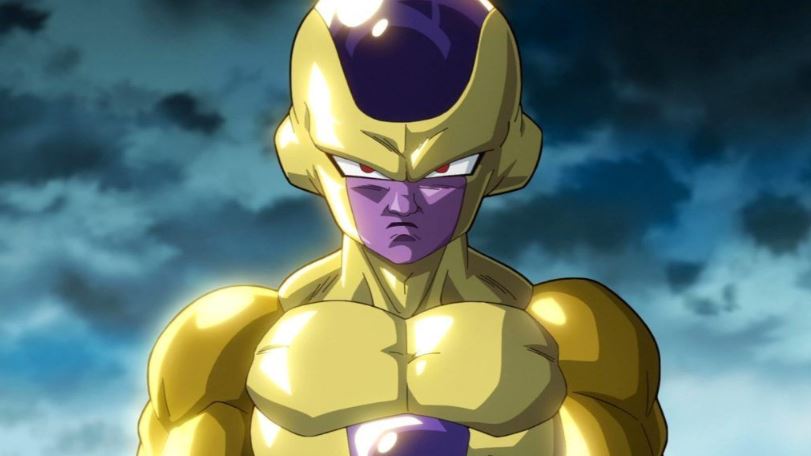 Golden Frieza is the most dynamic and powerful evolution of Frieza’s race. Frieza achieved this stage by training straight for 4-6 months, before this no one in his race had ever trained. He even named this evolution himself. Frieza is an old enemy of the Z warriors and even has a personal vendetta against as it was Goku who defeated Frieza. The eradication of the Saiyans was also done by Frieza who destroyed the entire planet Vegeta including his father who was the King of Saiyans which is why Frieza is most hated by Vegeta. He first encountered the Z warriors on planet Namek where both the parties went looking for the legendary Dragon Balls. At the beginning of the battle, Frieza had an upper hand he ended up killing Krillin which triggered the energy in Goku and allowed him to go beyond his powers. This is how Goku achieved Super Saiyan for the first time. Both of them escaped the planet which got destroyed but Frieza was later killed on Earth by Future Trunks who had come to the present timeline to warn Goku about Dr. Gero’s intentions. 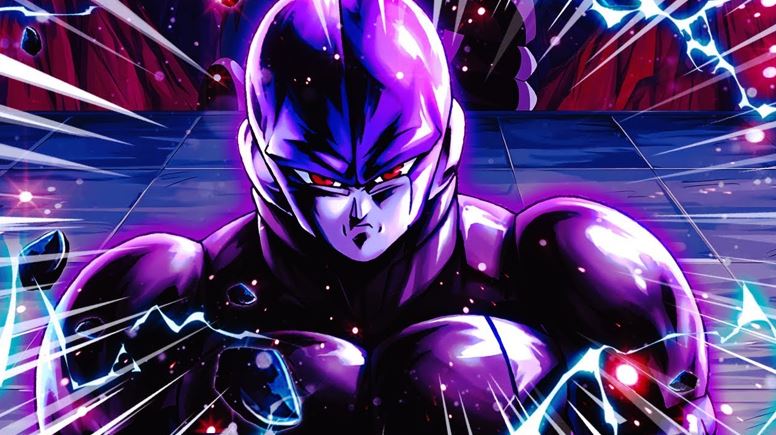 Hit, also known as “Never Miss Hit” and “Legendary Hitman” is the legendary assassin from Universe 6. His special power is time-skip which he uses to his advantage and finishes off his enemies in the meanwhile. In the Tournament of Power between Universe 7 and Universe 6, Hit was first introduced as a very calm character. In his fight with Goku, he achieved levels of time-skip he never imagined he could achieve. He also made Goku reach new levels and break his limits. Later when the Tournament of Power hosted by Zeno Sama took place, he was made the leader of Universe 6.

Kefla is the first known warrior to fuse using the potara earings in universe 6. Kale and Caulifla are the ones to fuse and merge into one to give birth to Kefla. Both Kale and Caulifla merged while they were in their Super Saiyan 2 form giving Goku a tough fight. After a while, the Super Saiyan Blue form of Goku also could not compete on par with Kelfa. But Goku’s Ultra Instinct kicked in at the right time and he knocked Kelfa out of the tournament without wasting any time. 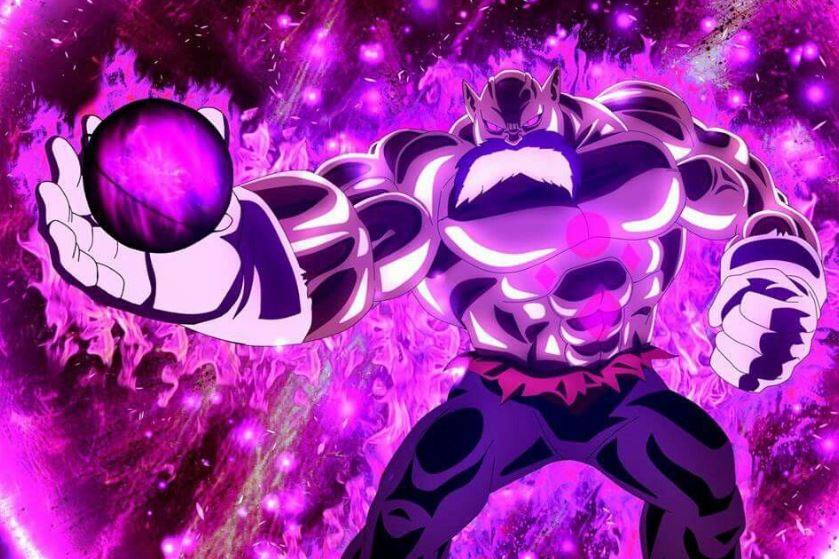 Toppo is an exceptionally strong veteran from Universe 11 and the leader of the Pride Troopers. He is also in line to be the next God of Destruction of the said universe. He unleashed his God of Destruction powers against Vegeta in the tournament of power. The intensity and density of his power scared everyone present there. Even after measuring the powers of a Saiyan warrior in the pre-tournament, he was not able to defeat the Prince of all Saiyans, Vegeta. 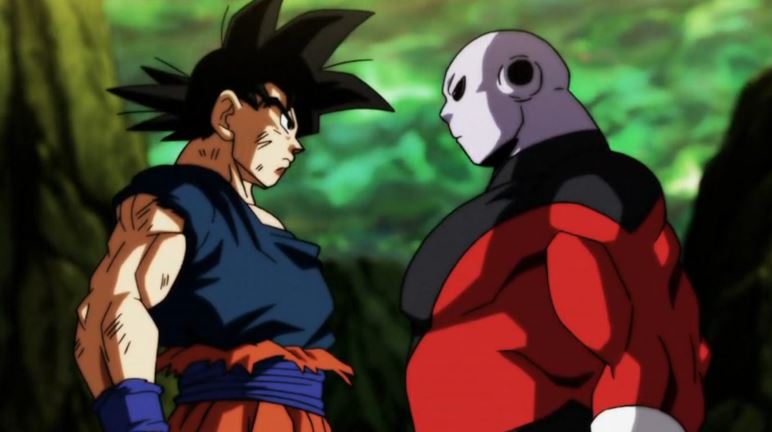 Jiren also known as Jiren The Gray, is a member of the Pride Troopers and is the strongest warrior from Universe 11. Even the current God of Destruction was scared of Jiren’s power. Goku in his Ultra Instinct form had a real hard time trying to match Jiren’s level. He knocked out someone as strong as Hit without making any effort. He was taken down in the end by the combined powers of Goku, Frieza, and Android 18. Jiren’s thirst for power is mainly driven by his past and the horrific childhood he had.

I know it might be hard to believe for some, but there was a point where Yamcha was strong enough to give heavy competition to Goku. Not just that, but their first battle ends with them reaching a stalemate, one that Yamcha came dangerously close to winning. But the rivalry doesn’t last long, as Goku goes off to train with Master Roshi while Yamcha trains independently until the end of the Red Ribbon Army arc. Unfortunately, neglecting to train with Roshi is exactly what keeps Yamcha lagging behind and thus he never catches up to Goku. 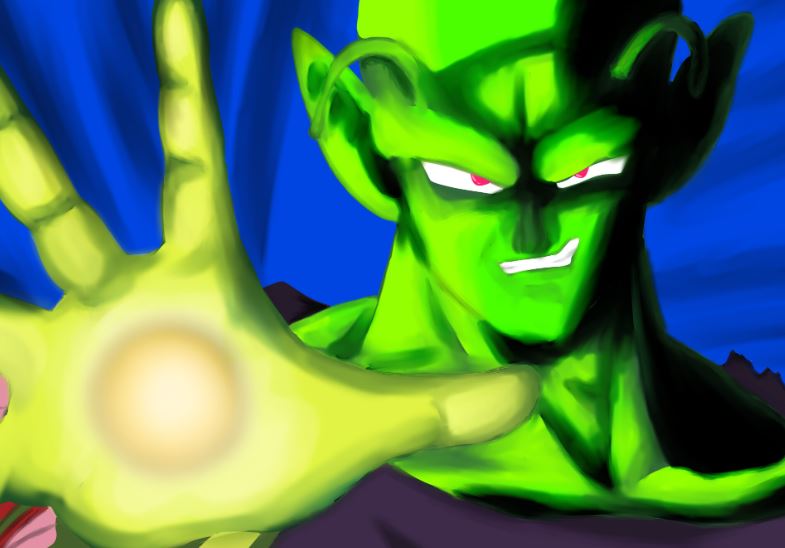 Goku and Piccolo start out as arch-enemies before they actually turned into rivals for good. Piccolo was responsible for many deaths during his introductory arc, and he pushed Goku to his absolute limits, which we all loved to watch. Piccolo is honestly the only rival that Goku manages to defeat more than once. But after Piccolo started training and teaching Gohan, Goku’s son. Goku and Piccolo made friends. It’s interesting to watch arch-enemies go on becoming rivals and then finally allies. That’s the beauty of the show. It’s so unpredictable. 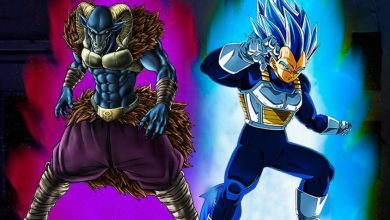 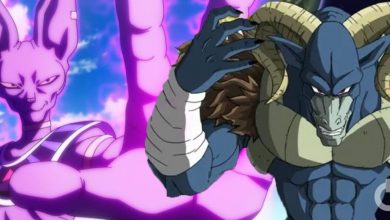 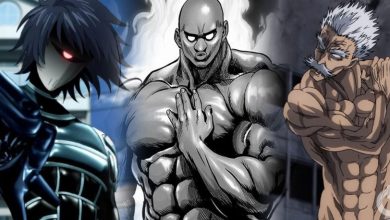