It is a crazy anime. So of course Dragon Ball will also have some really amazing and insane fan theories as well. While most are too whimsical and ridiculous to pay attention to, some are just too fantastic and cannot be ignored any further.

1. Moro is working for the Angels 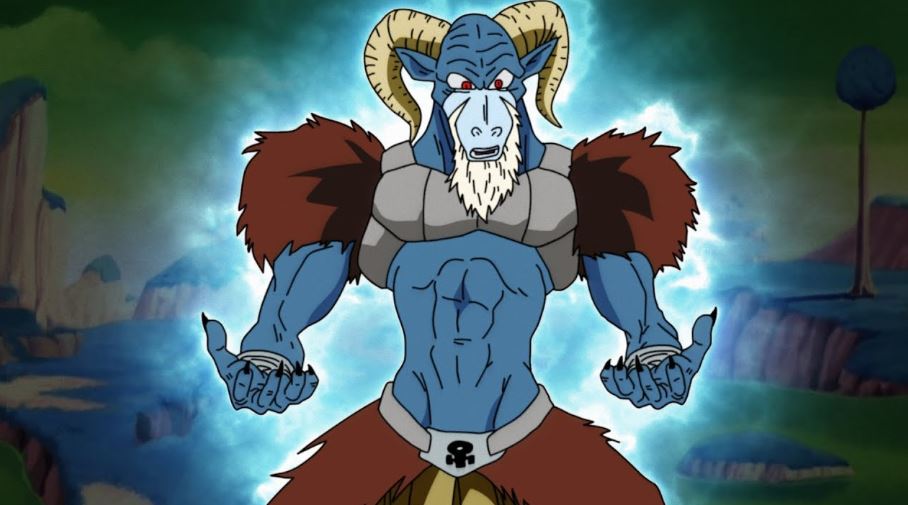 This is a theory that is way too out there. But we have reason to believe at least some aspects of it might be true. Zamasu, the Rogue Kio-Shin, was the first to reveal that there might be factions within the God Realm that believe that the mortal realm is gaining too much power and will one day be strong enough to challenge the authority of the Gods. This theory states that since the Gods cannot directly influence the events in the Mortal Realms, they are using proxies to do the same. 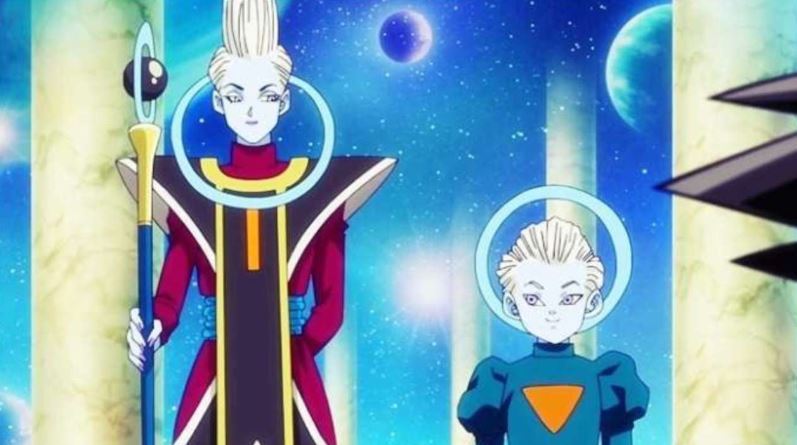 The Grand Priest and the rest of the Angel Attendants – his own Children, are in cahoots and want to decimate the mortal realm. Right now, Universe 7 has warriors that have the greatest chance of challenging the Gods – Goku and his Ultra Instinct Powers. Moro has been set free to not just thin the herd but also working according to the Grand Priest’s wishes to kill Goku and nip things in the bud.

2. Goten has the potential to be more powerful than Goku 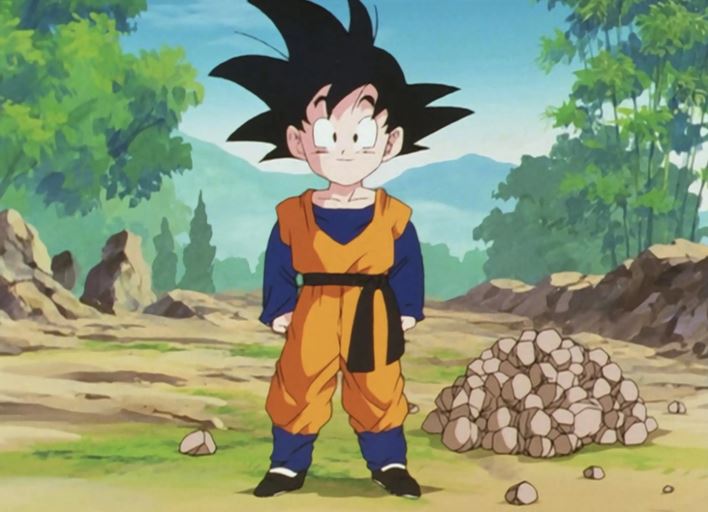 Goku has two sons – Gohan and Goten. Gohan has developed into a fine warrior up until Dragon Ball Super. But viewers still believe that among the two brothers, it is Goten who has better potential. When Goten was conceived, it was during the Cell saga. By that time Goku had already unlocked his Super Saiyan form. Gohan was conceived when Goku was pre-Super Saiyan. That is the reason fans give to explain why Goten is much more powerful than Gohan when the latter was the former’s age. Goten unlocked his Super Saiyan form at a very tender age. Gohan was a pubescent teenager when he achieved that feat. Given enough time, Goten is even being claimed to have the power to surpass his father since he has his father’s signature drive and will as well as the Saiyan heritage.

3. Saiyans and Humans are genetically related 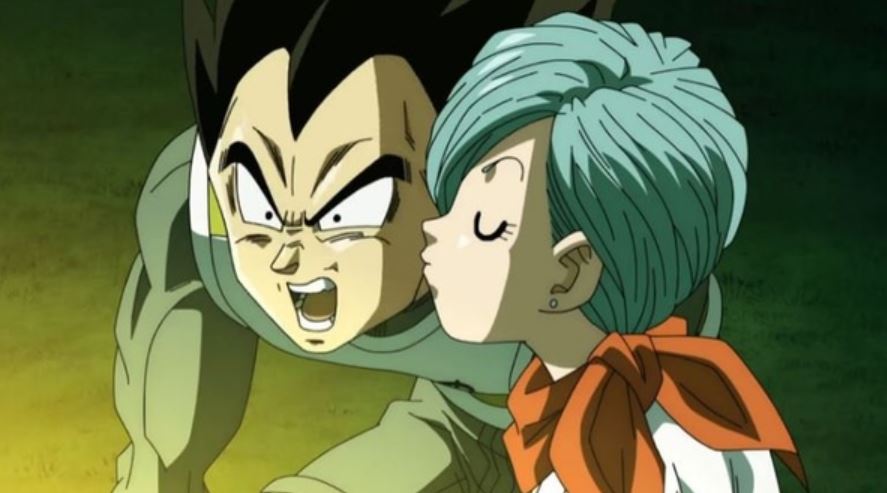 There are several alien species in the Dragon Ball Universe. Saiyans, Yardrats, Nameks – the list goes on and on. But the only species that actually resembles the human race and is almost its spitting image is the Saiyan race. Barring the obvious tail, Saiyans and Humans almost look the same. They even have the capability to crossbreed. Trunks and Goten are Saiyan-Human hybrids. Inter-Species offsprings are almost always mutated beyond recognition or infertile. 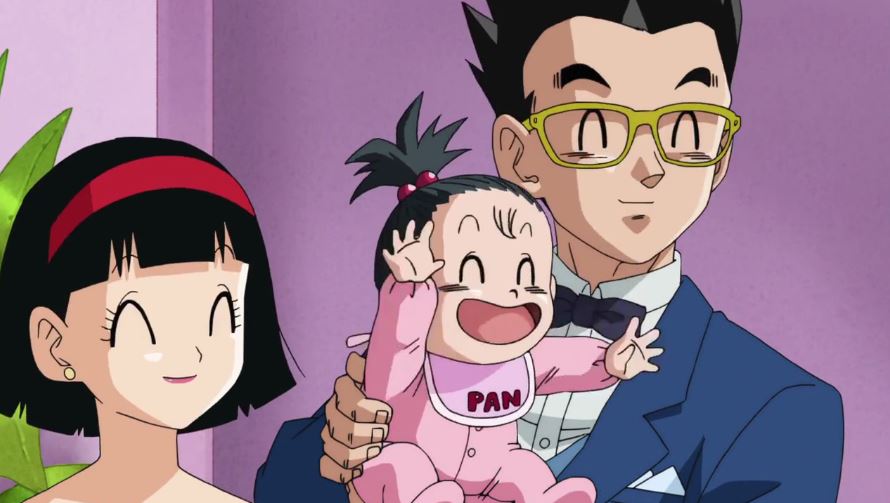 Gohan, another Saiyan-Human Hybrid, has already become a father to Pan – a Second Generation Saiyan Hybrid. There is also the fact that Saiyans are closely related to apes since they have their tails and can turn into their Great Ape form. The theory of evolution has proved that Humans evolved from early primates. The similarities are too many to ignore.

4. Jiren was inspired by Lord Buddha 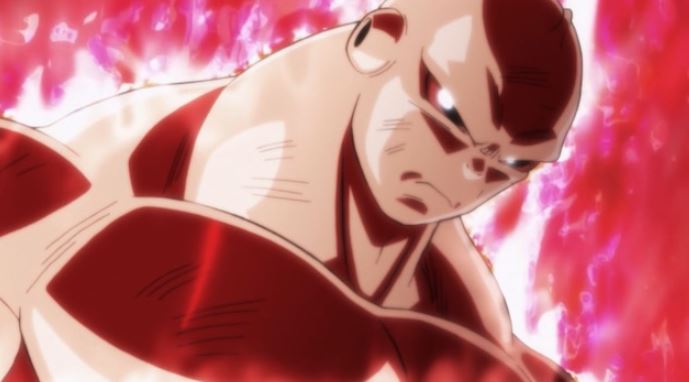 All of Jiren’s power is sourced out of his eyes. That is the epicenter of all his energy as shown during his battles in the Tournament of Power. Jiren prefers using meditation to improve his skills. He can use meditative skills to generate energy via the sheer will. His mind is strong enough to mold matter and energy to the point that he can create powerful beams and projectiles out of thin air. He never uses too many movements to create that effect unlike Goku and the rest of the fighters. Jiren is the perfect example of the Mind over Matter principle. Goku was only able to defeat him because he too ended up entering a hyper meditative state to unlock Ultra Instinct, and that allowed Goku to have a greater form of enlightenment than Jiren, even though for just a short while.

5. Frieza will become a Z Fighter 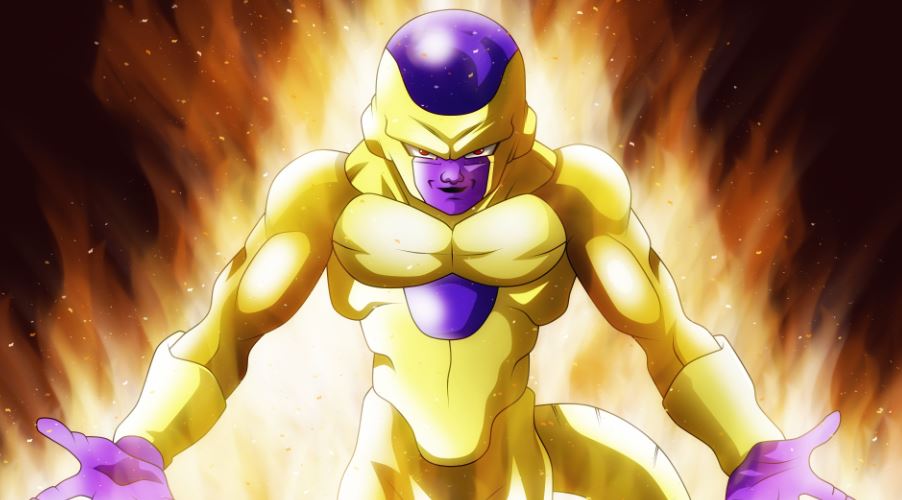 It has been a long drawn out theory. Many antagonists that were once the bane of the world ended up joining the Z Fighters and becoming Earth’s last line of defense in the later arcs. There are numerous examples – Majin Buu is now a part of the Z Fighter squad. Piccolo used to be a bad guy. Now he is one of Goku’s staunchest allies. Vegeta was once hell-bent on killing Goku. He is now his greatest confidante. Based on that logic, many claims that Frieza is also all set to return as a permanent member of the Z Fighters. Many of the other skeptics think that the theory of Frieza becoming a good guy, considering the fact that he is still a manipulative SOB, is a ludicrous assumption that has no basis or foundation. But if history is taken as precedent here, this theory might just end up being true after all.

6. Broly will become a good guy 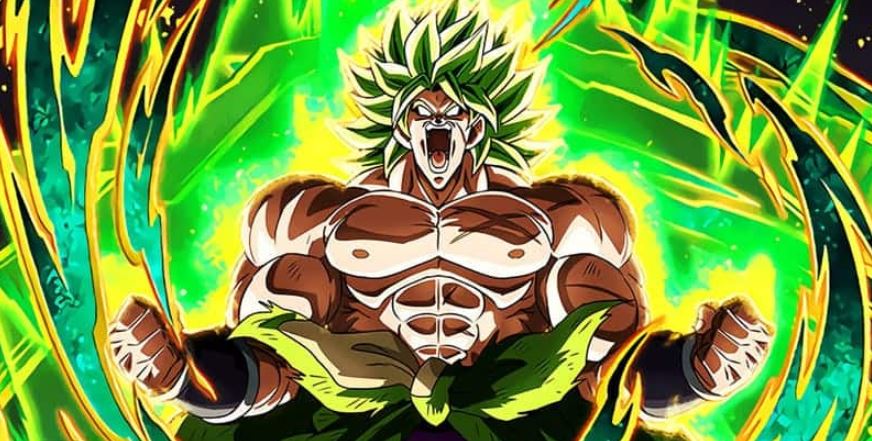 Broly has garnered tremendous respect from the Dragon Ball fans. The guy has had next to no training, growing up in a desolate world fighting monsters all his life. His father had zero battle acumen and so Broly grew up to be a brute. He has no martial art prowess. But the guy still gave Vegeta and Goku a run for their money. He not only unlocked his legendary Super Saiyan form, but he also showed why Broly, not Goku is the greatest Saiyan warrior of all time. One theory claims that Broly is not an evil person. 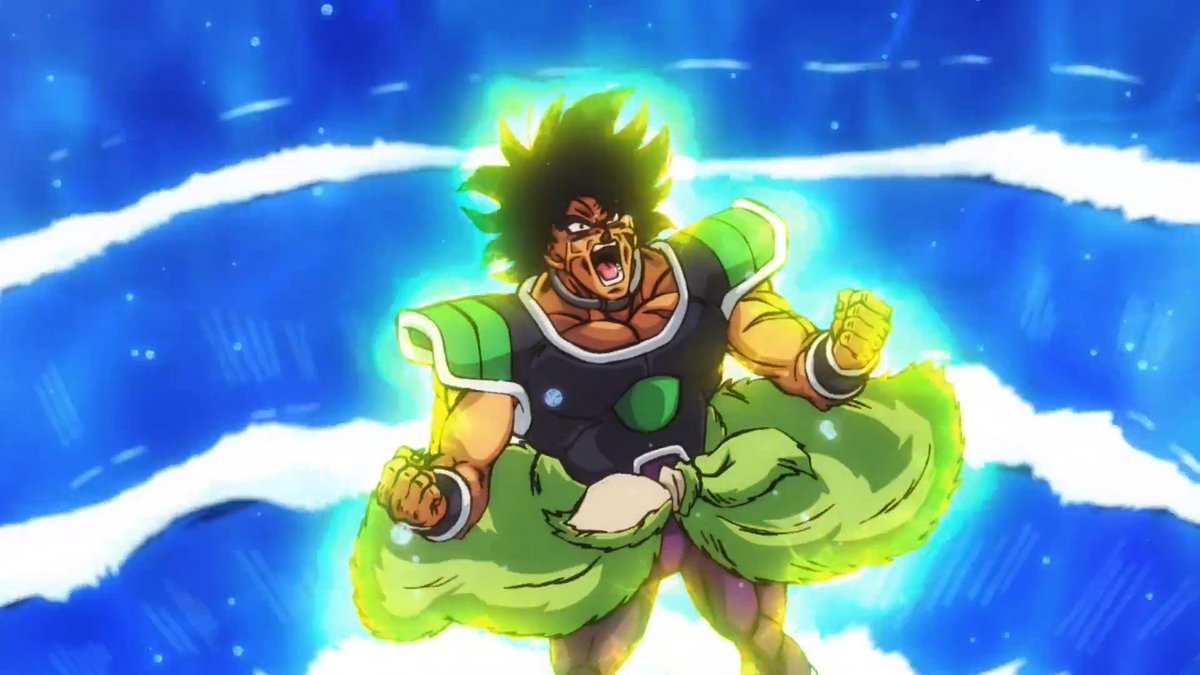 He is just a misguided individual that requires someone to mentor him into walking in the right direction. Goku, Vegeta, or maybe even one of the Kaio-Shins or the other Gods decide to coach Broly in the ways of the warrior. Broly could be a very valuable addition to the Z Fighters and add the Legendary Super Saiyan aspect to the Saiyan saga in Dragon Ball.

7. Super Saiyans have the power to transcend Ultra Instinct 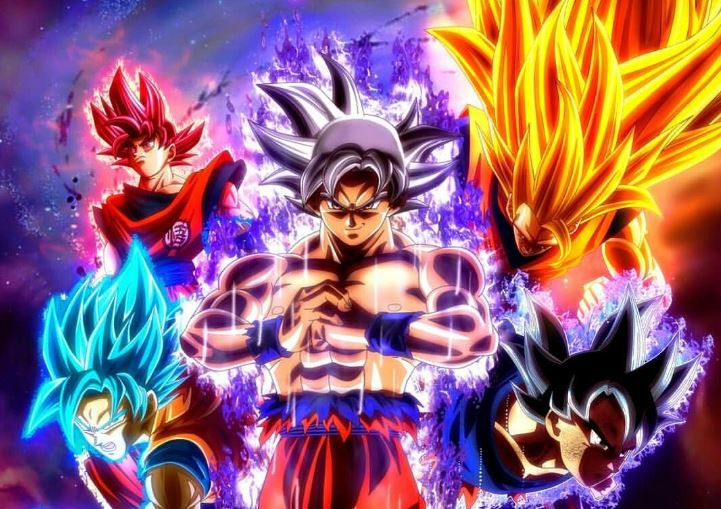 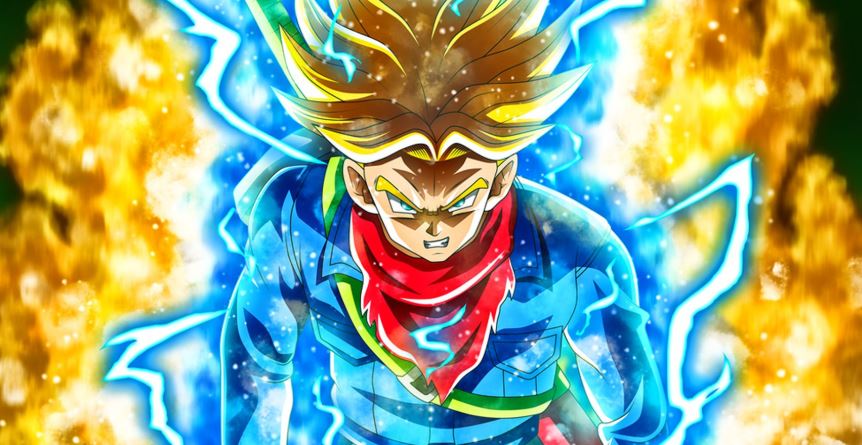 Future Trunks once unlocked a new form while fighting Zamasu and Goku Black. This form called the Super Saiyan Rage form gave Trunks a crazy power-up that matched that of Goku Black. This proves this theory that the angrier a Saiyan is, the more powerful he becomes.

8. Beerus will try to kill Goku

When Beerus first fought Goku, he was taken by surprise. Goku’s Super Saiyan God form could keep up with Lord Beerus’ power and he was forced to use a hundred percent of his strength to beat Goku, something he never thought he would use against a mortal. Beerus never considered Goku a threat but the longer he has watched him, the more uneasy he has become with Goku’s development. Goku achieved the Super Saiyan Blue form, the advanced and more stable version of the Super Saiyan God form. Later he also achieved Ultra Instinct – a technique only accessible to the Gods till then. Goku has even been offered the position of the God of Destruction. All of this might result in Beerus becoming more and more jealous until he snaps and plots to take Goku out of the equation. 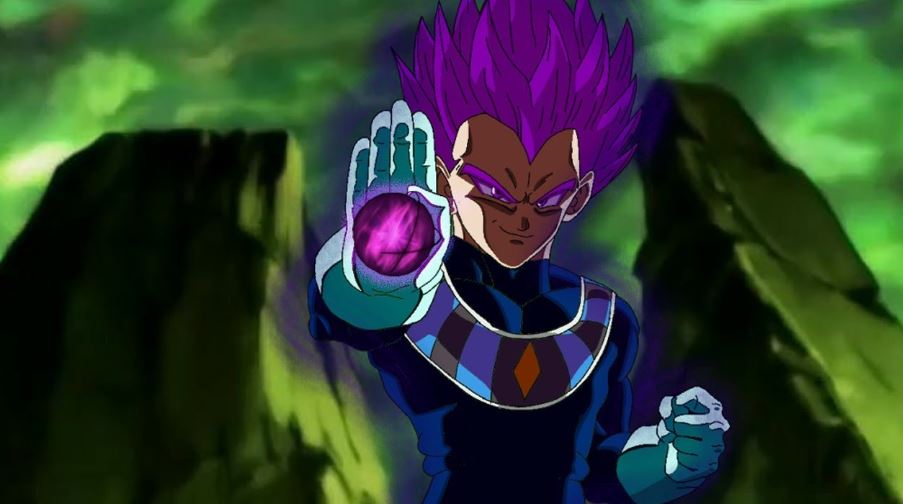 The Saiyan Prince has a lot of fan following within the Dragon Ball fan base. He is considered to be anime’s greatest anti-hero of all time. And there is a reason he is termed that moniker. Vegeta has had a wonderful character development arc which is believable and relatable. He has become more and more powerful with each storyline. After already gaining access to God Ki and turning into Super Saiyan Blue, Vegeta is on his way to unlock new levels of power on the planet Yardrat, where he is learning the technique of Spirit Control. With his power levels transcending most Gods of Destruction in the Dragon Ball Multi-Verse, it is only a matter of time before Vegeta attains Godhood and immortality. 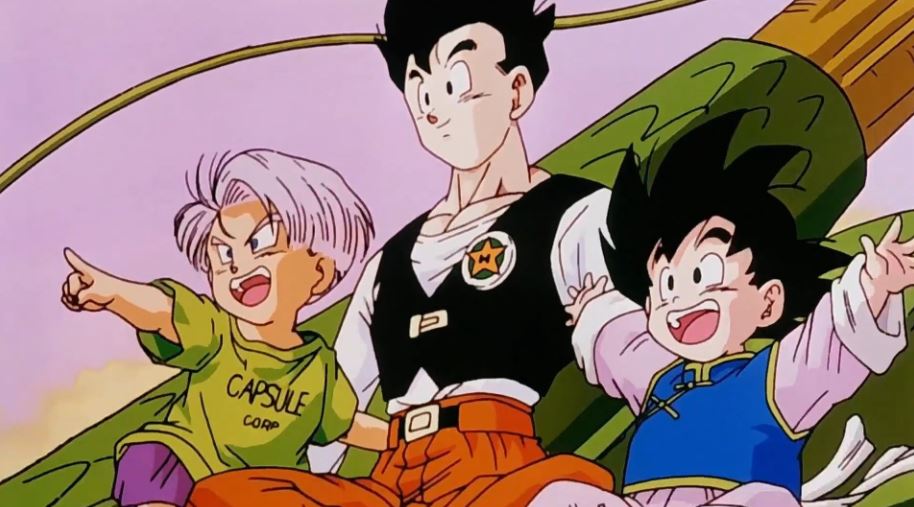 For a Saiyan to become Super Saiyan, they need to possess a certain culture of cells called the S-Cells. Unbeknownst to most Saiyans, S-Cells can grow at a phenomenal rate if they have a stable, favorable environment to be nurtured in. Saiyans have adopted a battle driven, warlike culture. As a result, the environment is not stable. On Earth, Goku had a very peaceful way of life unlike Vegeta and the rest of his people. That is why he went to Super Saiyan first. Vegeta and Goku’s children went Super Saiyan way before Goku or Vegeta did. This theory states that Hybrid Saiyans have a tendency to have a greater concentration of S-Cells and thus their potential powers as a Super Saiyan surpasses that of pure-blooded Saiyans like Goku and Vegeta.