What does it mean to be a God? If power alone is enough, then Thor the Norse God of Thunder and one of Marvel’s Strongest Avengers, has already transcended Godhood. After losing an arm and an eye, Thor becomes the King of Asgard and gains command over the powerful Odin Force. After making a pact with Galactus, Thor is now even more powerful. He becomes a Herald of Galactus after being granted the Power Cosmic. 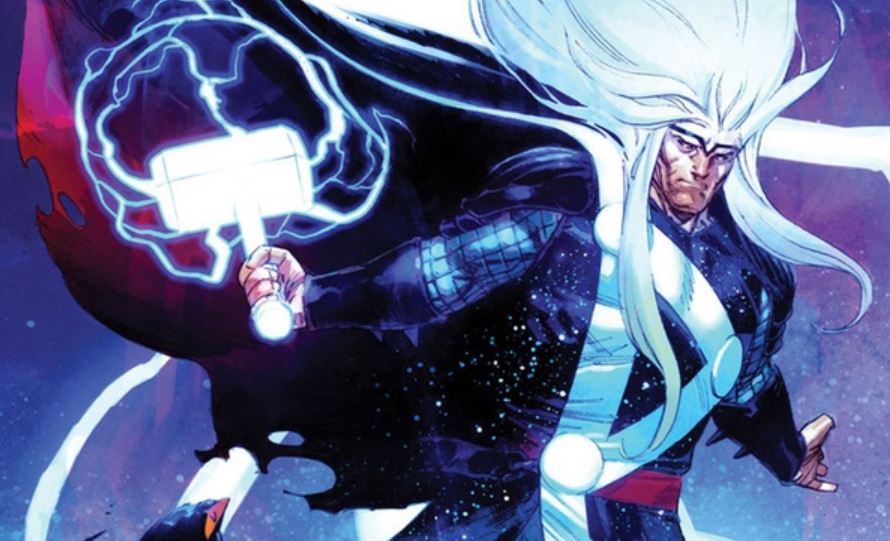 The Odin Force, the Lightning Powers, and now the Power Cosmic also being in his possession, Thor is now the most powerful superhero within the Avengers’ ranks. He has had a journey. From being unworthy to worthy enough of holding such power, Thor has gained an even greater power that makes him stronger than ever. Perhaps, even stronger than Thanos him-self! 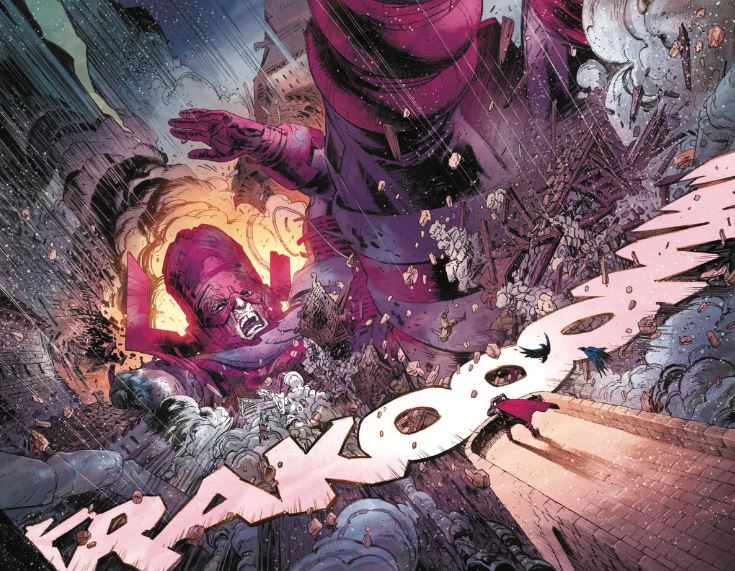 Galactus crashed onto Asgard with the news that the Black Winter is coming to engulf the entire Marvel Comic Book Universe. The Black Winter was what had destroyed the universe that predated the mainstream Marvel Universe. Galactus was the only survivor of that devastation, who then absorbed the power of the Big Bang to become a cosmic force of nature. Galactus needed a new Herald to guide him to five unique planets scattered throughout the universe. 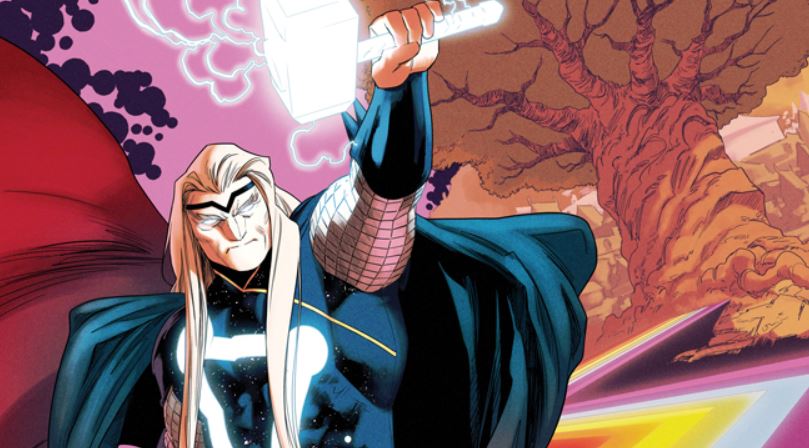 After absorbing these five planets, Galactus will become powerful enough to defeat Black Winter aka the Star Plague. And Thor agrees to help him by becoming his harbinger, much to the chagrin of his allies. Imbued with the Power Cosmic, Thor regains his eye and arm, as well as gains access to an amplified power unheard of in all of Marvel History. 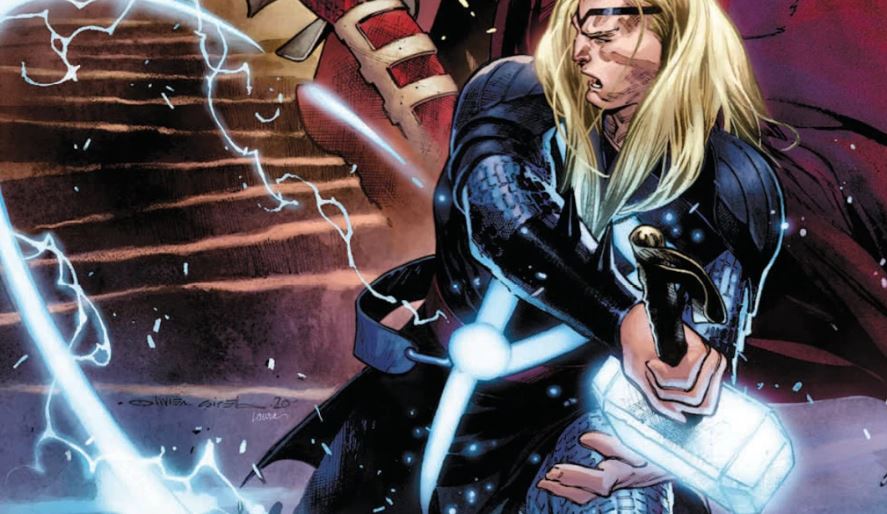 So the fans are starting to debate – Is Thor’s new power strong enough to defeat Thanos? Thor had the power of the Storm Breaker back in Avengers: Infinity War. He still was not able to defeat Thanos. Even with both Mjolnir and Stormbreaker in Avengers: Endgame, Thor still fell short of power to overcome the purple megalomaniac’s brute strength. In his new cosmic avatar, will Thor have the strength he needed back then to beat Thanos in his own game?

The answer, ladies and gentlemen, will be explained in detail in the following lines.

Some fans might still be doubtful. Thanos is probably the greatest threat to the Marvel Universe, after Doctor Doom of course! It is not like Thanos has not faced insurmountable odds and invincible, undefeatable heroes before. With a combination of wit, strength, and skill Thanos has vanquished heroes with legendary levels of Strength. He has even managed to beat the Sentry. No other supervillain could boast of that feat. 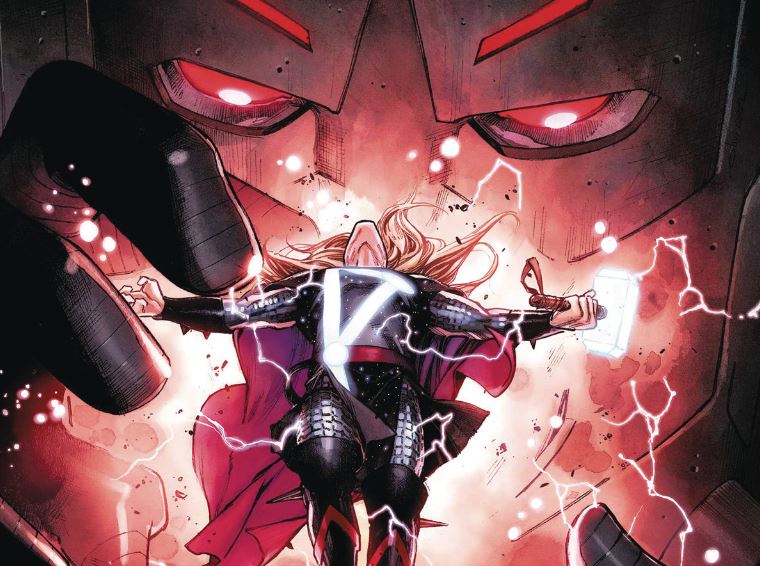 And if we argue that Thor has the power of the Mjolnir and the Power Cosmic now which is enough to beat Thanos, we regret to tell you that it has already been tried before. Before Nic Klein and Donny Cates gave Thor his comic upgrade, there was the critically acclaimed storyline of Thanos Wins. This is the same storyline that gave us the fan-favorite Cosmic Ghost Rider. In this arc, Thanos has defeated and killed all of the Earth’s superheroes. He now controls the entire universe in this reality. At the end of the Marvel Universe’s timeline, Thanos faces a threat from the Fallen One. This Mysterious Entity is revealed to be the Silver Surfer. The silver Surfer now wields the Mjolnir Hammer in combat. Silver Surfer is not just worthy of Mjolnir and all the abilities it grants but is also endowed with the Power Cosmic.

Thor is new to the domain of Comic Energy Manipulation. The Silver Surfer aka Norrin Radd, hailing from the planet Zenn-La, is Galactus’ most popular and powerful Herald to ever exist. The Silver Surfer is a true veteran when it comes to the Power Cosmic. There have been other superheroes that have also been given the Power Cosmic by Galactus. Superheroes like a Spirit of Vengeance possessed Frank Castle. Johnny Strom aka the Fantastic Four’s Human Torch and now Thor have all been Heralds of Galactus. The sole difference between them and Silver Surfer is that the Power Cosmic for the latter only ended up augmenting the abilities that the heroes already possessed. Thor got increased control over the Odin Force and all his abilities were enhanced. Johnny Storm became a living star. The Ghost Rider became the Comic Ghost Rider. 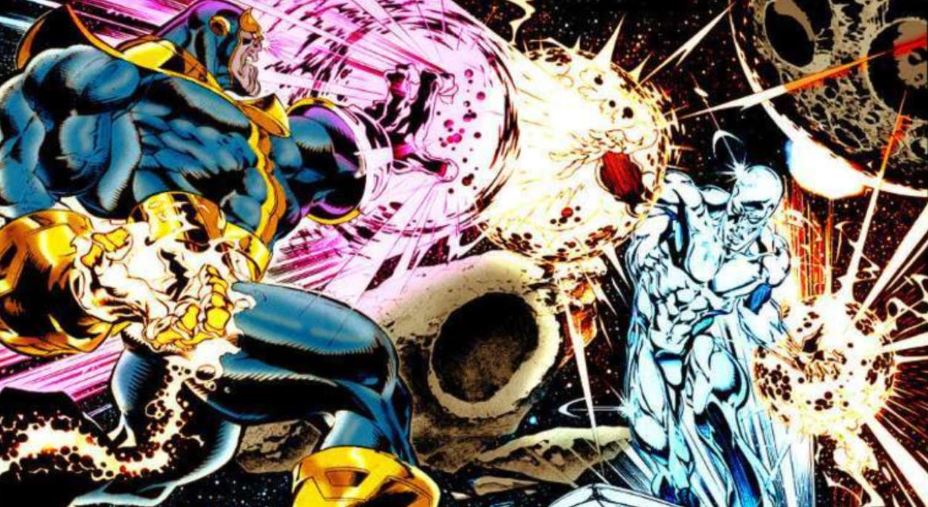 But the Silver Surfer is not like any of those heroes. His command over the Power Cosmic is more primal and primordial. And it runs deeper than any other hero with the same power. The Silver Surfer has saved the universe and even the whole of reality multiple times. At one point in time, he has proven strong and capable enough to recreate reality using his comic powers. He has even defeated Galactus, the one who granted him Power Cosmic in the first place. If the Silver Surfer is worthy enough to wield Mjolnir, it means that things are about to go down. And even he found it difficult to defeat Thanos. With the Annihilation Wave at his command, the Silver Surfer was a force to be reckoned with. Even still Thanos reigned supreme. 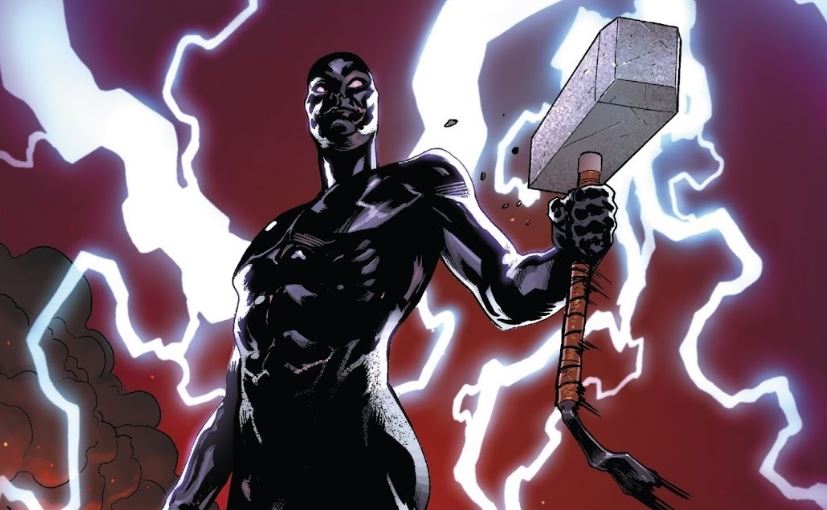 In the fight, the Silver Surfer was almost pushing the Mad Titan off the edge of the cliff. The Power Cosmic imbued Mjolnir was proving too much to handle for Thanos. Then a broken Hulk was used as a distraction. Thanos enraged him by reminding Bruce Banner of all the friends Thanos had killed over the years. This made the Hulk go berserk and he attacked Norrin Radd. That distraction was enough for Thanos to pounce at the Silver Surfer at the perfect moment and sever his arm. Thanos not only uses his strength in battle but also his brains. 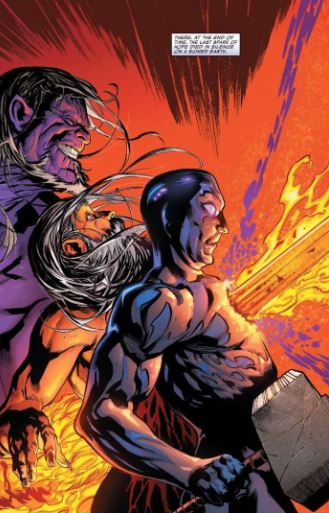 He still needed the help of a younger Thanos from the past along with the Hulk to defeat the Silver Surfer. The Surfer was almost on the verge of defeating the Titan. In the comic books, Thanos is a thousand times stronger than the Marvel Cinematic Universe version. If a combination of the Power Cosmic and Mjolnir could stand a chance against that freak of nature, it will be more than enough to defeat Thanos of the MCU. And Thor is not just the Power Comic holder this time. He even has the Odin Force with him. He is the King of Asgard. This time, he will go for the head. This time, he will not miss it. 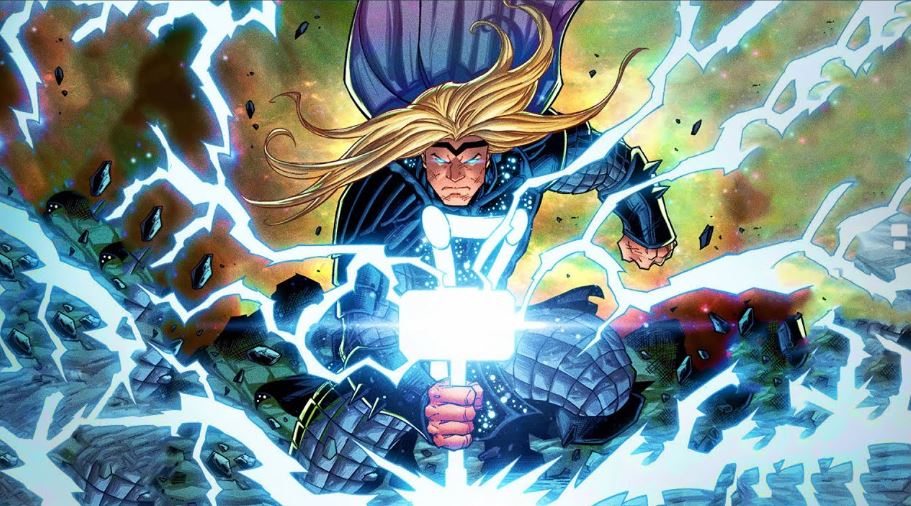 Thor, Captain Marvel, Doctor Strange, and Iron Man are the only four superheroes in the MCU who could challenge Thanos to a one on one duel. Up until now, we were not sure if anybody could come victorious. But with Thor’s new Cosmic Avatar, that debate has been finally settled for good.