Many tend to say that the new wave of equal representation and diversity is taking the world by storm. And for a lot of reasons, it is justified. Sometimes people need to know that there is more to the world than just white male privilege. Gender disparity and racial inequality is a thing and we could all agree when we say that the things that are being done to tackle this might still not be enough. But sometimes, people take stuff too far. Take for example the fact that Marvel is currently on a spree to ride on this ‘new wave’. They have just made Mary Jane singlehandedly defeat an army of super-villains by herself.

SPOILER ALERT: Major Spoilers for The Amazing Mary Jane #5 up ahead. Enter at your own risk…

For long, Mary Jane Watson has always played the damsel in distress. She would always be this quintessential redhead supporting character who is only good at being kidnapped or taken hostage. She has had supporting roles for both the Avengers as well as Iron Man aka Tony Stark. But right now, Mary Jane is on a warpath. And she has had her first hunt as of now. She has proven beyond doubt that if need be, Mary Jane Watson is more than capable of taking down powerful super-villains singlehandedly. 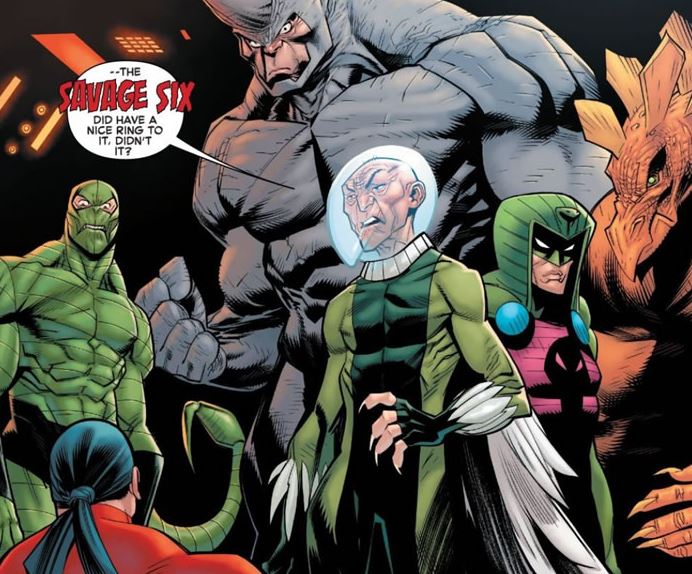 Well not exactly single-handedly per se, but she did take the initiative on her own first and the rest followed. When the Savage Six try to attack Mysterio and his new film set in the fifth issue of The Amazing Mary Jane, she uses her ingenuity and the help of the other film-maters to teach the bad guys a lesson they will probably never forget.

Mary Jane is currently playing a lead role in a movie that Mysterio is trying to film. After calling Peter Parker and telling him that she is done for the day, Mary Jane meets the Savage Six on her way home. The Savage Six has Cobra, Stegron, Scorpion, Rhino, Tarantula and their leader the Vulture. The supervillain group had attacked the set of the studio in the past and they were about to do that again. Mary Jane, fed up with the Savage Six’s constant nuisances, decides to take a stand. The supervillains try to get the jump on her and take her out but she uses her well-honed skills to keep them at bay. 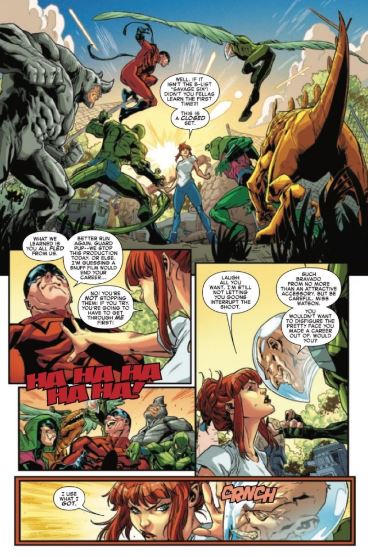 Using the surroundings as her weapon, Mary Jane first incapacitates Tarantula by smashing a set piece on his head and punches Vulture in the face. Rhino is forced to trip and fall by Mary Jane. Stegron is incapacitated by a T Rex prop that Mary Jane drops on the guy. Scorpion and Cobra are held back by a group of X-Men Robots that are used as set dummies in the shooting. 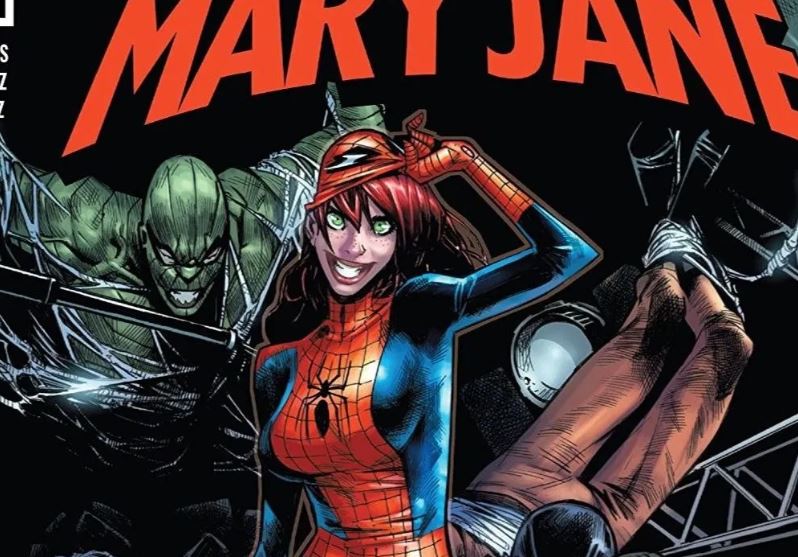 Vulture still almost manages to get to her by separating her from the X-Men robots until the rest of the film crew along with Mysterio return after completing their production and see Mary Jane make the Savage Six bite the dust every time they try and get up. In the end, with the help of the film crew, Mary Jane manages to defeat the Savage Six, a team even Spider-Man has had a lot of trouble dealing with in the past.

Who is to say that this did not escalate too much too soon? This story makes no sense whatsoever!! 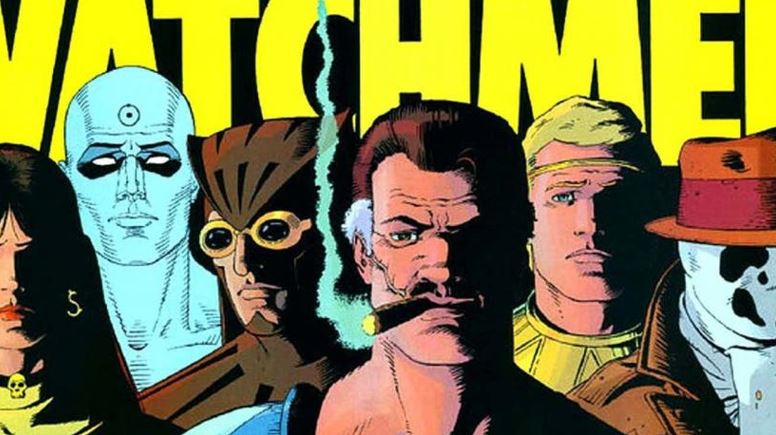