Over the years, the mutant community has expanded to include hundreds of mutants with a variety of abilities. Thanks to the mutant X-Gene running amok in the world, every alternate newborn is born with fantastical powers. Some of them gain superhuman strength. Some of them can run very fast. Some have the ability to use telepathy while others have the power to manipulate energy. And then there are some that are a notch above the rest. These mutant outcasts are so powerful they have a separate classification called the Omega Level Mutants. They are powerful enough to end life as we know it on Earth, FOREVER!! And some of them have become so strong they became equivalent to Gods. 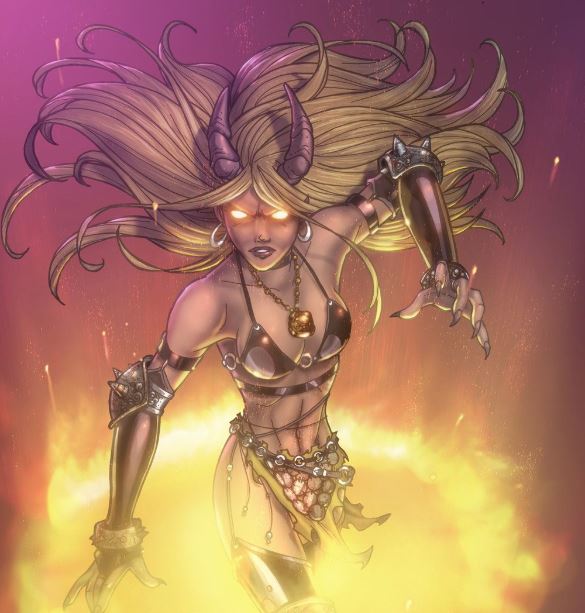 Magik is a fairly unique mutant. Her mutant powers allow her to gain access to Limbo, a dimension she rules with absolute ruthlessness. Magik is also very proficient in magic and sorcery. When she was just a child, the Demon Belasco kidnapped her and trained her in the dark arts, Magik eventually became so powerful in the arcane arts that she overthrew Belasco and became the new ruler of Limbo. It was then that she became Darkchylde, a version of her-self she only becomes if she wants to provided she is in the Limbo Dimension. In her Darkchylde form, Magik can gain powers that make her a God of Magic.

2. Magneto reverses the poles of Earth

While not necessarily a mutant savior, Magneto has his own reasons for leading the charge of anti-humanity within the global mutant population. All the life he was picked on by humans. He lost his family to human experiments and the Nazis experimented on him during the Holocaust. Magneto is someone who has endured too much. In one issue, Magneto has had enough of humanity. Realizing Humanity must pay for its sins he decides to wage a one-man war against mankind. All of the Earth’s mightiest superheroes come together to end his rampage. Even the X-Men join in to help the Avengers. But Magneto has a trick unlike any other up his sleeve. He catches everyone with their pants down when he uses his magnetism manipulation powers to alter the rotation of the Earth’s core, effectively changing the north pole to the south pole and vice versa. The resulting barrage of natural catastrophes makes Magneto the very harbinger of Chaos and Destruction. 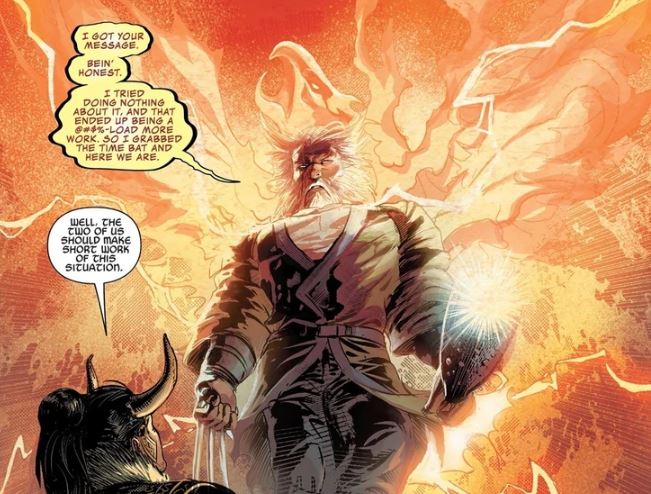 At the end of time when the Universe is breathing its last, King Thor is the guardian and ruler of the last vestige of life in all of creation. And then he meets his foe. Wolverine, who has also managed to survive the end of time, is now merged with the Phoenix Force. As the avatar of the Phoenix Force, Wolverine is now called Old Man Phoenix. His objective is to fight King Thor to end Earth and with it, give the Universe a chance to start afresh. Old man Phoenix gives even Thor the cold sweats. His power is enough to move stars and shatter planetoids in one swing. When he enters his cosmic berserker mode, Wolverine’s power levels become the equivalent of a cosmic storm.

Vulcan is the third sibling of the Summers brothers, the first two being Cyclops and Havok. He also possesses Omega Level powers. His abilities revolve around manipulating the ambient energy around him. But unlike his brothers, he can do much more than just release them in beams of light. Vulcan was kidnapped by the Shi’ar Empire and was originally planned to become their mercenary. But Vulcan rebelled and took over the Empire using nothing but his abilities. His powers allow him to not only manipulate, absorb and release limitless amounts of energy but also steal the powers of others if need be.

5. Magneto turns into a Celestial being 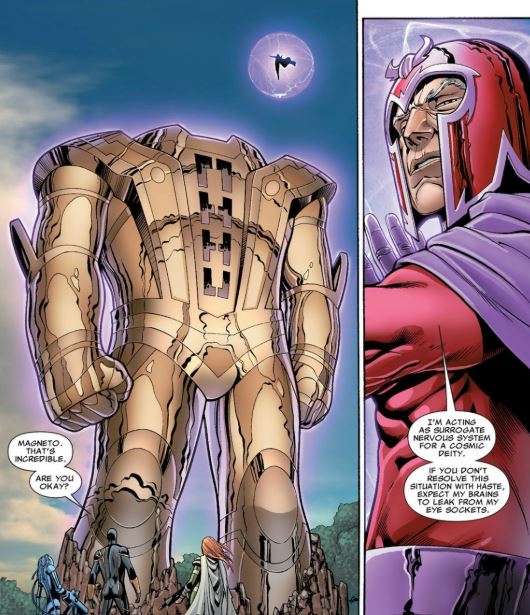 The Celestials are extremely powerful creatures. They are so powerful that not even the Gods dare challenge them. But you know our old pal Magneto. Nothing is too high a mark for him. In Uncanny X-Men Volume 2 #1, Magneto happens to come around a defunct and abandoned Celestial Suit of Armour. The armor is huge and completely impossible for a normal human being to operate. Magneto theorizes that he can use his powers of magnetism to take control of the suit. And to everyone’s surprise, he actually manages to pull it off. But Magneto quickly comes out of that suit, claiming that the strain was too much for his body to take. 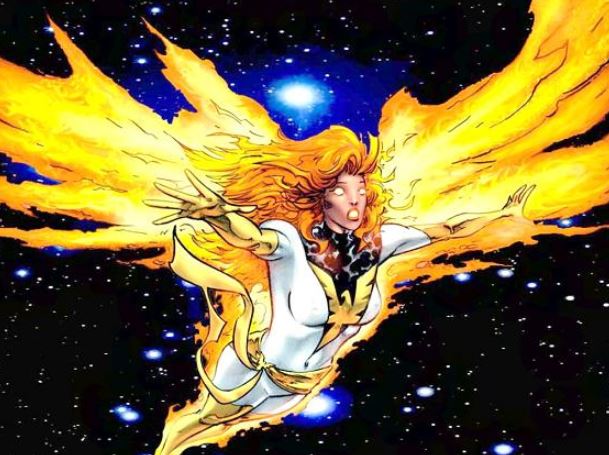 We all know how bad things turn out to be when Jean grey and the Phoenix Force come together. But we are not talking about the Dark Phoenix Saga. To be honest, the Dark Phoenix is a very powerful entity that is strong enough to destroy entire solar systems. But it still has nothing on the White Phoenix. Many times Jean Grey has been the host to the Void Falcon but seldom do they truly merge together. Once they actually did. Jean Grey and the Phoenix Force became one being and finally became the White Phoenix – an entity that has domain overall life that has ever existed is existing in the present, and will ever exist in the Cosmos.

The Fantastic Four are Marvel Comics’ first family. They are one of the first superhero teams to ever grace the comic books in the Marvel Universe. Sue Storm is the Invi9sible Woman. Reed Richards is Mister Fantastic. Each of them has wonderful abilities. But their son is a class above the rest. He is a mutant with extremely potent reality-warping powers. There are a lot of mutants with the power to alter the fabric of reality but Franklin Richards takes that cake by a long margin. He is so powerful that not even Onslaught, a villain that the X-Men and the Avengers could not defeat, was defeated in a second just because Franklin willed it so. 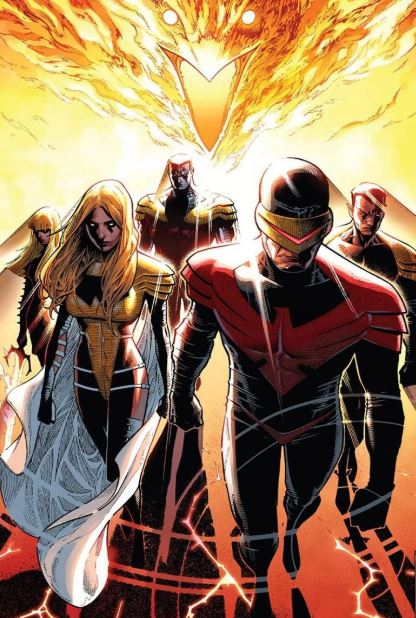 The Phoenix Force again returns to Earth. The X-Men are desperate to use the power of the Phoenix to restore Earth’s mutant population, which is running dangerously low. The Avengers believe that the Phoenix Force is highly unstable and will probably end up doing more damage. The Avengers and the X-Men fight it out but the Phoenix Force manages to divide itself into five parts in the mean-time and possess five different mutant heroes – Cyclops, Namor, Colossus, Emma Frost, and Magik. Each member of the now Phoenix Five possesses powers of creation and destruction at a cosmic level. 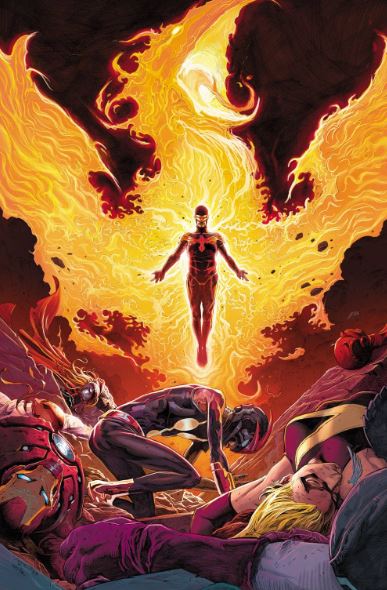 The ballad of the Phoenix Five does not stop there. While all five of the mutants that were blessed with the Phoenix Force are immensely powerful and develop a very detestable superiority complex, Cyclops manages to stand apart. His cunning and schemes bear fruit soon when he successfully absorbs the power of the Phoenix Force from the rest of the four members of the Five and becomes a literal avatar of the Dark Phoenix. He possesses domain over all of the multi-verse as the new Dark Phoenix of the Marvel Universe.

10. The Rise of Apocalypse 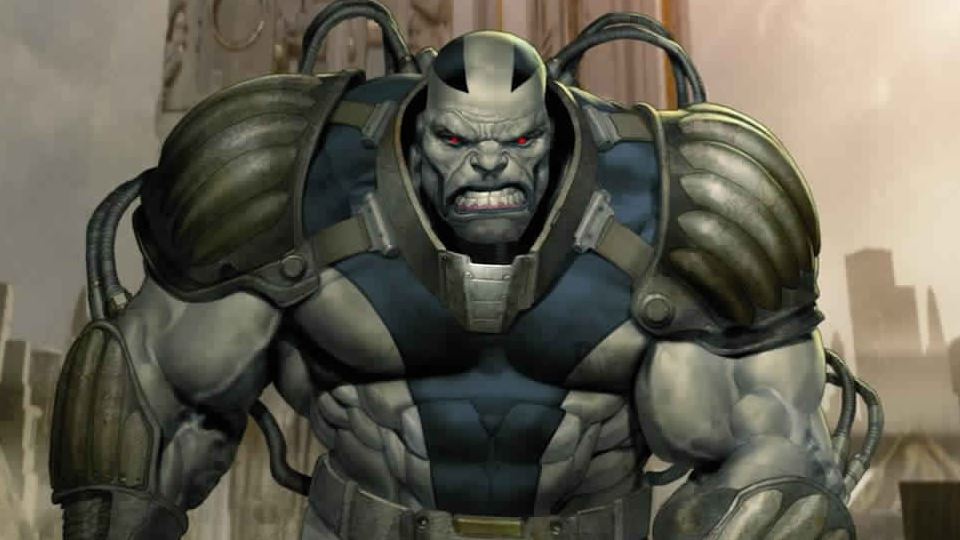 En Sabah Nur was the first mutant to ever exist on Earth. From the time of the pharaohs, Apocalypse has walked the Earth and amassed powers well beyond the imagination of humanity. But many do not know how En Sabah Nur became Apocalypse. Apocalypse was not born the way he is today. He was just a mutant. But when he got access to superior alien technology in the form of a Celestial Ship, Apocalypse accelerated his own evolutionary process to become the force of nature he is today. The X-Men, the Avengers, the Fantastic Four – all of them have one way or another, fought the Apocalypse and have considered themselves lucky enough to live another day to tell the tale.