While they put on a very happy face, the Avengers also have their fair share of deep, dark secrets. They are the Earth’s Mightiest Heroes but they are sometimes also the World’s most ruthless heroes. Throughout history, the Avengers have taken part in numerous bloody battles against cosmic giants and cunning, sinister entities. And sometimes, they have really lost their calm and composure to the extent that their actions could be downright questionable. It is about time that the heroes we so truly love and idolize are brought to trial. It is time for them to face the consequences of their actions. It is time for us to know.

1. The story of the West Coast Avengers 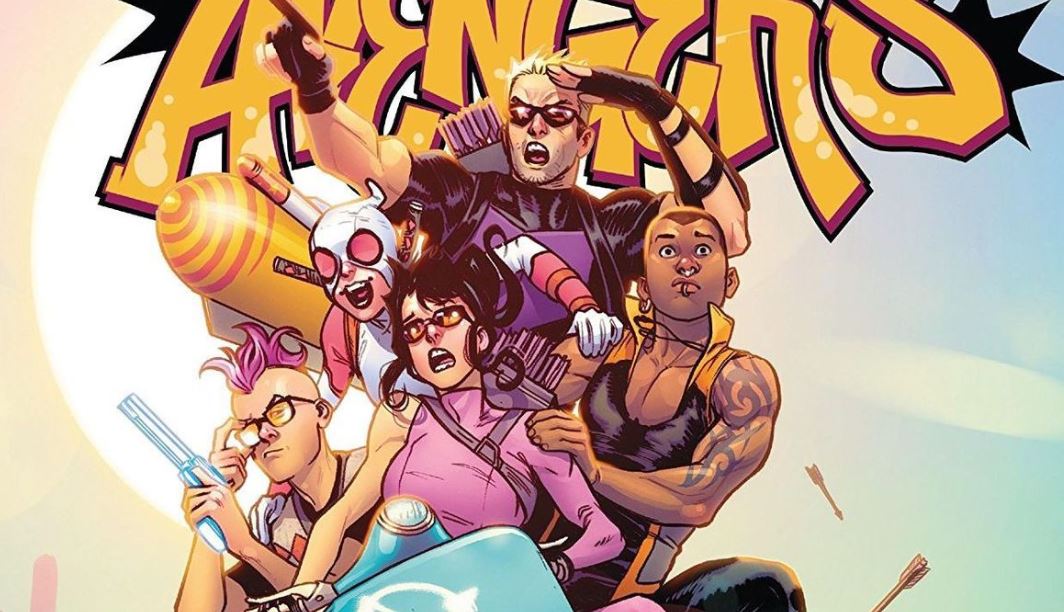 It started out as a noble cause. The western coast of America was a pretty lawless place and remained unsupervised due to the fact that the Avengers could not allocate enough time to police it. As a result, Vision decided to send Hawkeye to the State of California and lead a new team of superheroes called the West Coast Avengers. And the rest is practically history. The West Coast Avengers are infamous for being one of the stupidest and most useless superhero teams to ever exist. They were so freaking incompetent that Hawkeye had to disband the team and lived a huge chunk of his life in shame of not being able to make it as a leader.

In the far future, when the Avengers are no more, Iron Lad aka Nathaniel Richards travels to the timeline bearing bad news. Vision, the sole surviving Avengers at the time, decides to stop this new threat by forming the Young Avengers. There is only one flaw to this grand plan – the Young Avengers are literally minors. Most of them are not even of the legal drinking age. The fact that Vision, one of the most level-headed of the Avengers, could allow children to fight a man’s war is something that would irk us forever. No matter what the reason may be, using children as soldiers in your crusade means absolute insanity. Period!! 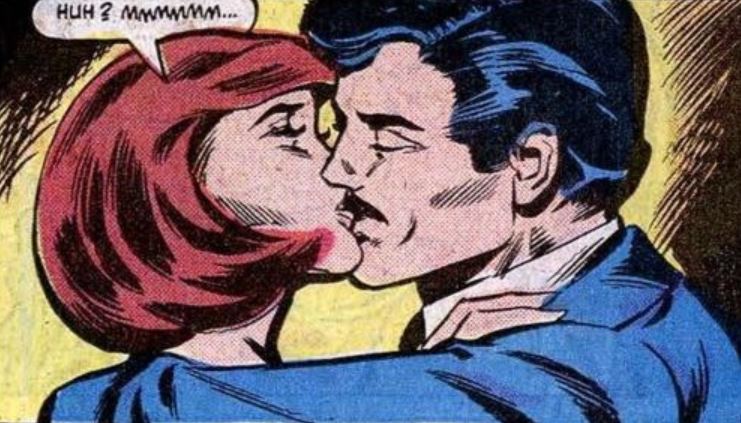 And when we say objectification, we mean it. All these years, a lot of female superheroes have joined the Avengers and been a part of the founding members. There was the Wasp, the Black Widow, and even the Scarlet Witch. During the starting years of the Avengers, particularly the golden age of superheroes, most of the female superheroes were nothing but eye candy and romantic interests for the more well-established and popular superheroes. The Wasp was the girlfriend of Iron Man and Tony Stark periodically mistreated her when they were together. Hawkeye only saw Scarlet Witch as a score when she first joined the Earth’s Mightiest heroes. When Black Widow first joined the Avengers, she was supposed to seduce Iron Man and steal high-tech secrets off his laboratory.

4. Killing off people of colour 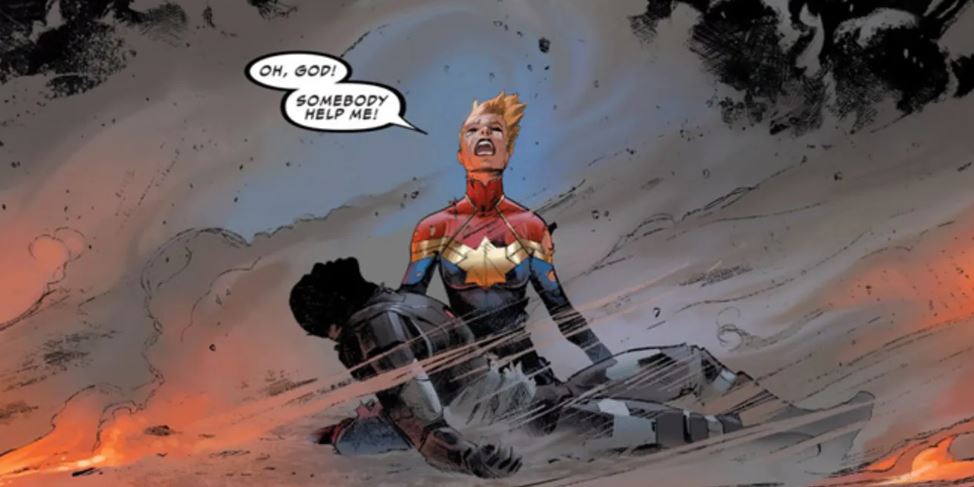 It is one thing to use people as a subject matter in the prima facie of a plot. It is another thing to kill them off to help the story move forward. It does not give a good message. When the Avengers split into two teams during the Civil War Two arc, one of the most notable casualties of the war was none other than War Machine aka Rhodey. That proved to be a pivotal point in the character development arc of Captain Marvel. But there was a huge backlash – and that was mainly because Marvel Comics particularly had a tendency to kill off minority characters in the middle of the issues. Avengers were no exception.

5. Responsible for the global massacre of mutants 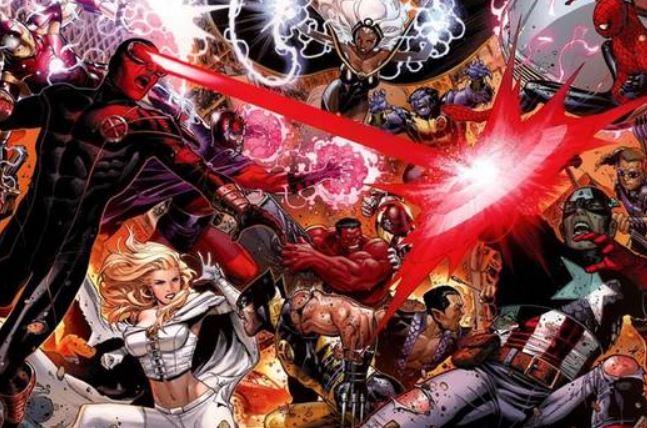 They may be the Earth’s mightiest Heroes but for some reason, they cannot let go of the chip in their shoulders they have for the X-Men. The Mutants almost always get on the Avengers’ nerves and the Avengers always respond in kind, with the greatest amount of force and ruthlessness possible. After the mutant population all over the world reduced to a bare minimum, the X-Men took it upon himself for the resurrection of the mutant race by harnessing the power of the Dark Phoenix. The Avengers decided to oppose them, and instead of providing an alternative solution, they could only stand in the X-Men’s way. The result was an absolute bloodbath with both sides losing a lot of prominent members. 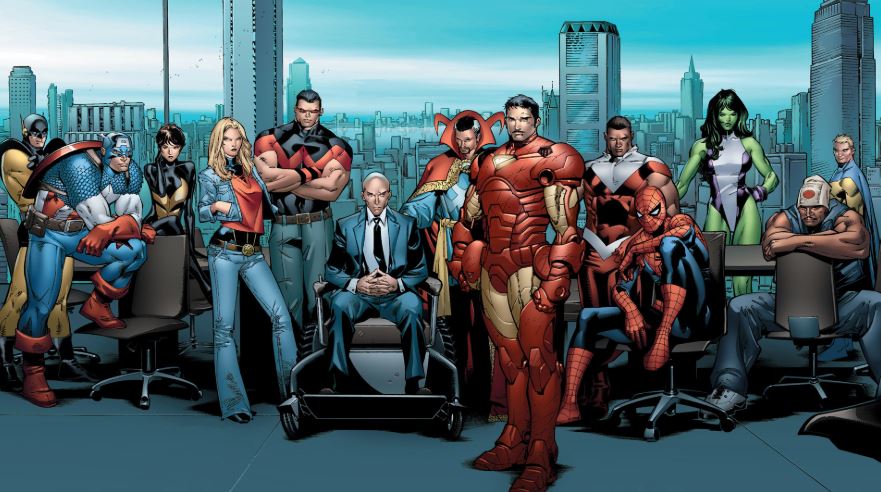 There is another world where the Avengers ended up becoming the personal blood-hounds of a mutant dictator that ruled the world. And their job was killing the oppressed minority. In the House of M reality, the world has seen a dramatic turn of events. The mutants are now the majority and the humans are now the minority, thanks to Scarlet Witch’s Chaos Magic changing the very fabric of reality. In this world, Magneto is now the ruler of the free world. And he uses the Avengers to kill the remaining humanity. We have seen superheroes being used as government agents but one megalomaniac turning the world’s only hope into his hit-men is just wrong.

7. Created a murderous Artificial Intelligence that took over the world 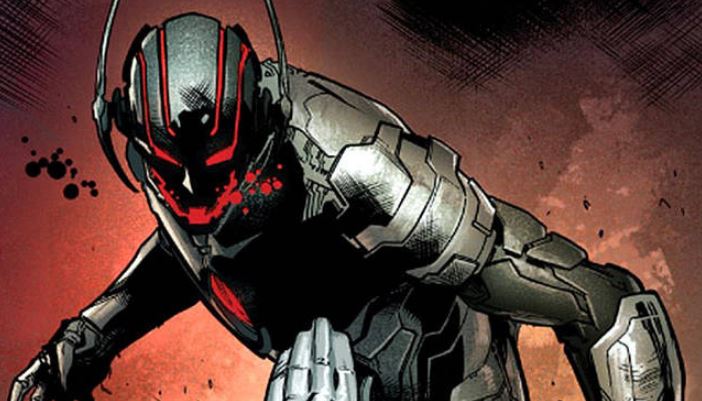 Enter Ultron – the one major threat to the Avengers who has the ability to take down the entirety of the Earth’s mightiest heroes in one sweep. Ultron has been a throne at the Avengers side and will continue to remain so. But here’s a fun fact – Ultron could have been so easily avoided if the Avengers did not allow it. Ultron was brought out of necessity. He was the creation of Hank Pym, who had lost faith in the Avengers and wanted a universal guardian for the people of Earth. If the Avengers had not forsaken Hank Pym to his own devices and assured him that they are doing everything they can to keep the world safe and just been there for Hank Pym (who was in a very dark place at that time), Ultron would have never been born and the Age of Ultron timeline would have only remained a distant memory.

8. Let the Hydra take over 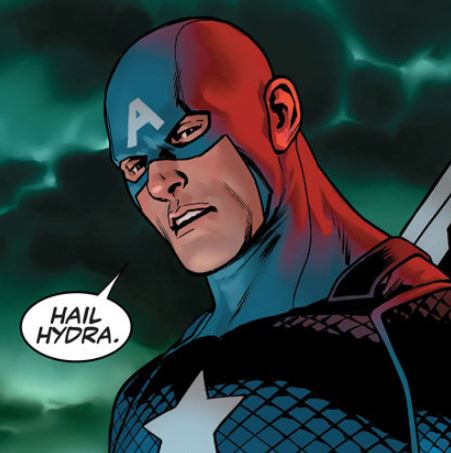 You could say that they did not see that coming. But let us tell you this – they are supposed to be the world’s last line of defense. If they do not do their homework in time and in a proper manner, who will?? The Secret Empire arc showed the gaping holes in global security. 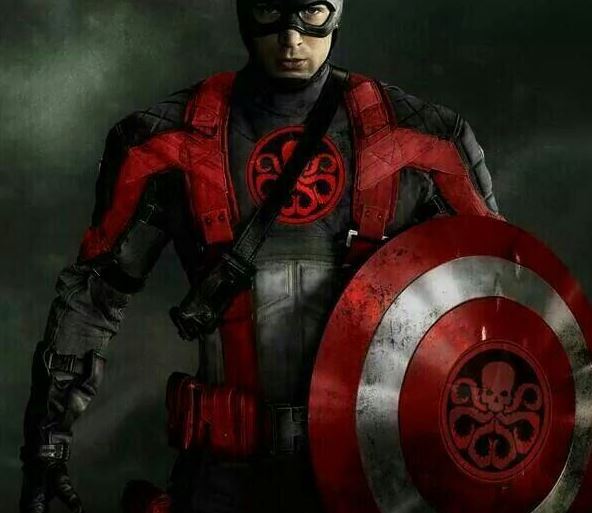 The very leader of the Avengers turned out to be a secret sleeper agent working for Hydra all this time. There is no excuse for slacking off of this caliber. Literally no one in the Avengers saw this coming, which is quite disturbing as a matter of fact. 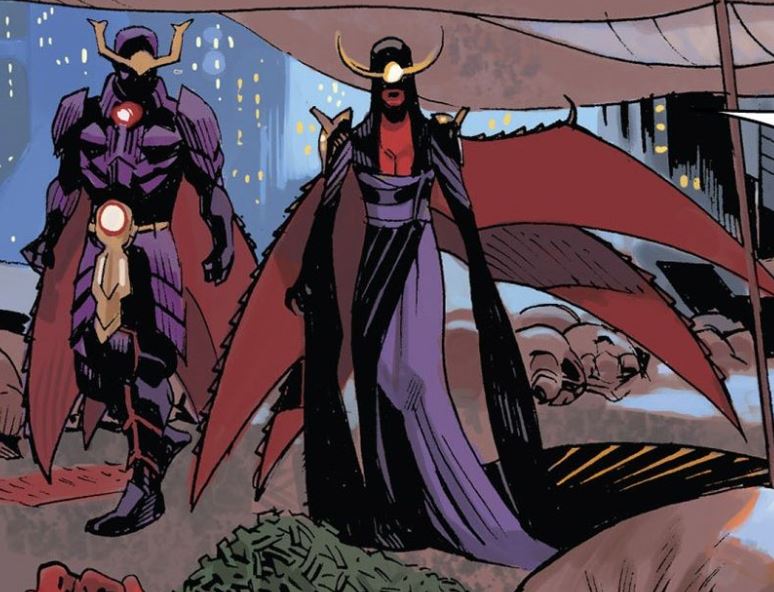 Two powerful mutants decide to use their powers to travel back in time and kill a Celestial, their reason being that they intend to gain god-like power and conquer the world. The Avengers and the X-Men both intervene and fail miserably. The Apocalypse Twins manage to not only destroy Earth but also stop the Avengers in their tracks. They are eventually defeated but the damage is done. The Avengers no longer trust the mutant heroes. The solution that they concur on is that the only way to stop this from ever happening is by teleporting all the mutants on Earth to a different planet so that each community could live their lives in eternal harmony, isolated from each other for good. This backfires in the sense that the mutant-human divide only deepens. 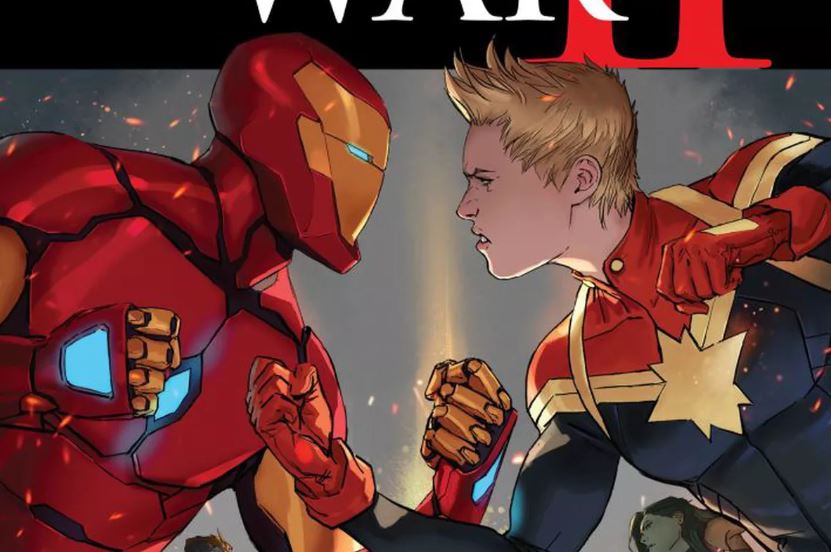 There have been two Civil Wars in Marvel Comics and no matter how you look at it the actual losers have been the innocent who was caught in the cross-fire. The first Civil War took place in retaliation to the Superhuman Registration Act.

The second Civil War happened with respect to the rise of differences in ideologies regarding how to use an inhuman that could see the future in terms of fighting and/or preventing crime. What was staggering is the fact that a lot of innocent people died fighting someone else’s battle or after being caught in the cross-fire. Both Civil Wars led to a massive loss of life and property and the primary reason both the times was that the Avengers could not keep it together. 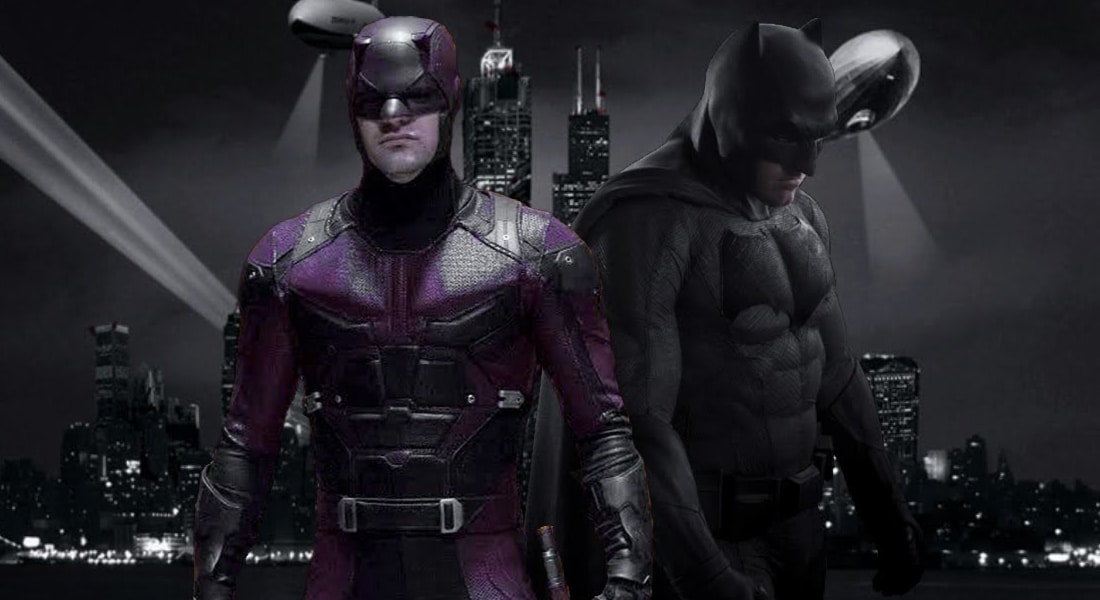 Batman vs. Daredevil – Which Caped Vigilante is the better superhero of The two 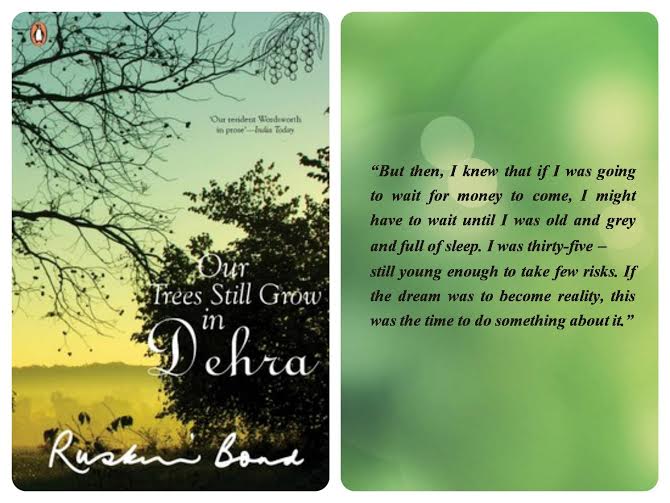