With the introduction of the Multi-Verse concept in the comic books, the creative freedom the comic book writers and artists get has actually proved to be very useful. They can experiment with a blank canvas without affecting the mainstream universe. They could do “what if” story arcs that would not have been possible otherwise. So much experimentation has also led to different versions of our favorite superheroes co-existing simultaneously in different parallel universes. DC is also no stranger to this phenomenon. They have even used the Multi-Verse concept to redraw one of their most prized possessions – Superman into unique and distinct characters way too different than the original. So many versions of Superman exist throughout the Multi-Verse that it would take us all day to only list their names. But some of them are so powerful that they manage to stand out. Some of the alternate universe versions of Superman have even gone toe to toe with the Man of Steel himself and even defeated him in combat. Presenting – 11 Alternate Universe versions of Superman way more powerful than the Original!! 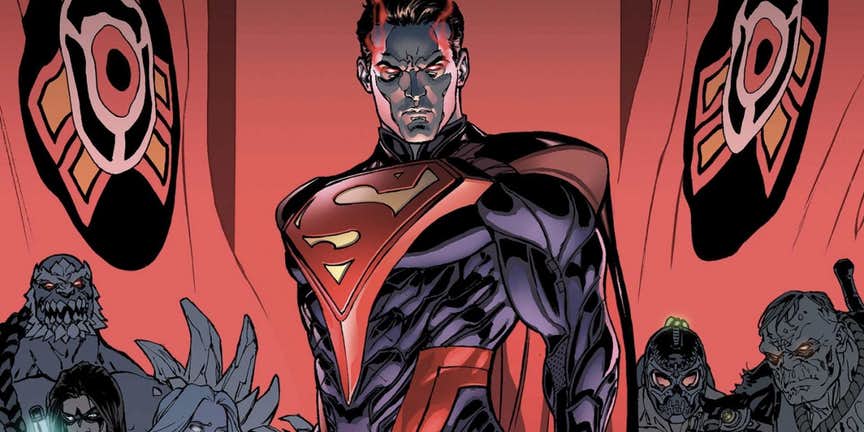 In the Injustice Universe, the Joker tricked Superman into killing Lois Lane, Superman’s wife who also happened to be pregnant with Clark Kent’s child at the time. The resulting trauma drove Superman into the villainous path. He decided that the world needed to be taken control of and should be ruled with an Iron Fist. Superman gathered up a majority of Earth’s heroes and villains into one Organization called The Regime – a global instrument to exercise Superman’s tyrannical will all over the globe. As the High Chancellor of the Regime, Superman’s mission was to kill anyone who threatened the established peace. What makes him stronger than the Original version is that High Chancellor Superman does not refrain himself from using deadly force and does not give a damn about collateral damage. 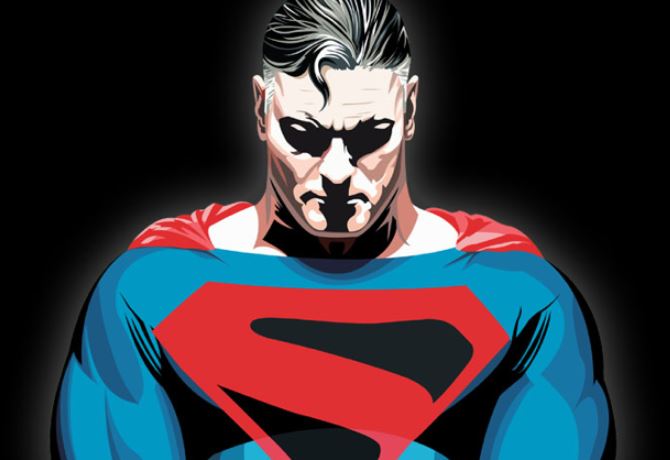 In Kingdom Come, we see that Superman has retired from his job of being the guardian of the planet. He now lives in a high tech farm within the fortress of solitude, cutting himself out from the rest of the world. He only returned back to wearing the cape after a new villain threatened the world. What was new about him was not just the suit. Kingdom Come Superman was considerably stronger because of his heightened abilities due to prolonged exposure to the sun. He was also very experienced and knew how to take down enemies with the least amount of effort since he had already fought them quite a few times in the past. For Kingdom Come Superman, being of advanced age means nothing when it comes to strength. 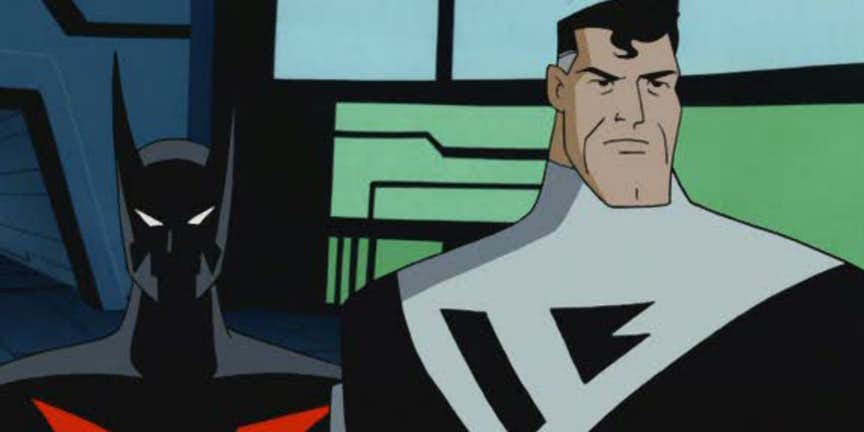 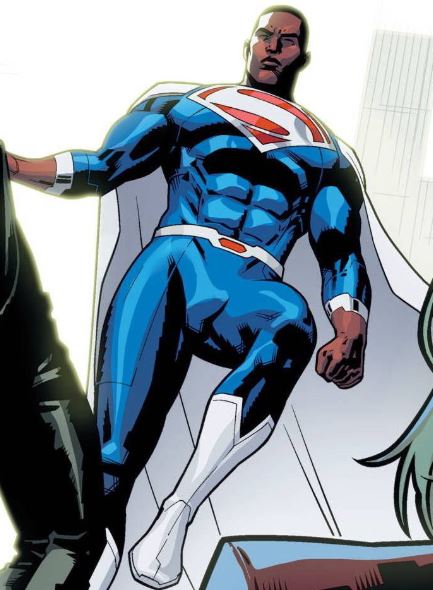 After Earth Two’s original classic age Superman died, Val Zod was forced to take over the mantle in order to ensure the world still had a Man of Steel to fall back to during times of danger. Val Zod is an agoraphobic (fear of open spaces) and is quite shy. He was also a pacifist and only fought when it was absolutely needed. Val Zod eventually overcame his agoraphobia to help save innocent lives as Earth 2’s Man of Tomorrow. Val Zod also happens to be a genius. His level of intellect is comparable to Lex Luthor and Mister Terrific. In conjunction with his Kryptonian powers, he is someone that any villain would think twice before crossing paths with. 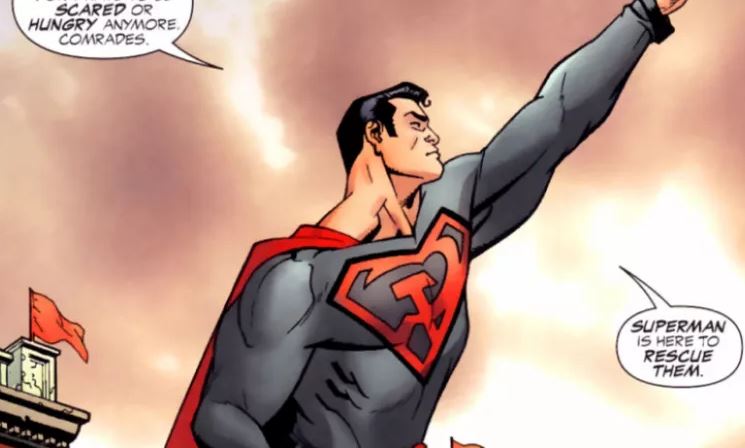 In an alternate universe, Superman’s space ship did not crash land in America and so he never became the son of Jonathan and Martha Kent. His ship instead landed in the Soviet Union when he was a baby. As a result, Kal El grew up with communist beliefs. He became a high ranking member of the Soviet Communist Party and a major international icon. Later on, he would assume the role of the leader of the Soviet Union. Whatever he did he thought was the right thing to do to usher into the world a socialist paradise. This version of Superman is not more powerful than the mainstream version but what sets him apart is the huge level of political clout this guy holds as the leader of the Soviet Union – military and economic superpower. 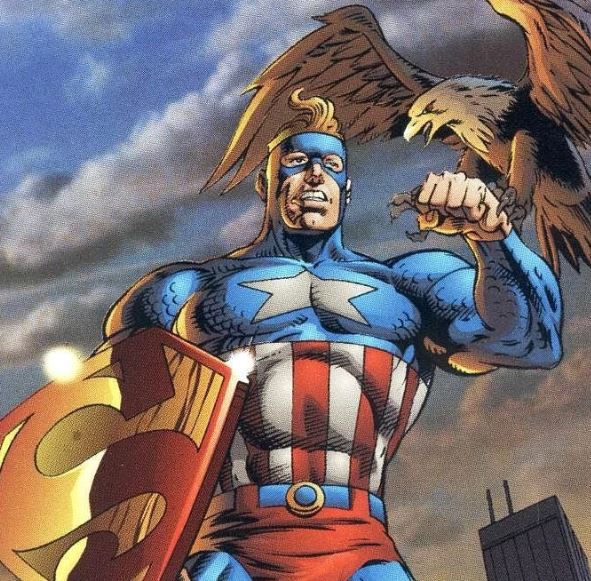 In the Amalgam Universe which was specifically created to merge classic DC and Marvel superheroes, a version of Superman exists which is the combination of Captain America and Superman. After Kal El was injected with the Super Soldier Serum, he became America’s greatest weapon against evil. He now uses a shield with an S insignia and does not wear a cape anymore. We know that the Super Soldier Serum basically enhances a subject’s physical attributes. Since Superman is already a God, the Super Soldier Serum only made him even stronger, which is saying something. 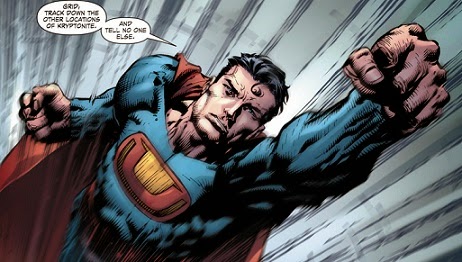 Earth 3 exists in another universe which is basically the polar opposite of the mainstream DC Universe. In our universe, the forces of good always win in a war against evil. But in Earth 3, evil always triumphs over good. So if Superman is the symbol of all things that are good and noble in mainstream Earth, Ultraman is the symbol of evil in Earth 3. His powers are so peculiar that it could end up making him a hundred times stronger than the Original Superman or a hundred times weaker. Kryptonite, which weakens Superman, is what gives Ultraman his powers. The more he consumes it, the stronger he becomes. Without a steady supply of Kryptonite for him to consume, Ultraman will become as thin as a twig, losing all his powers.

After a mission to save some astronauts caught within the gravitational field of the sun goes awry, Superman finds himself getting stronger by the day due to overexposure to solar radiation. But there is a catch – his body’s rapid cell regeneration after the solar radiation accident not only gave him extra strength and speed but also cancer. As Superman contemplates his final days as the Man of Steel, he gets stronger and stronger with each passing day. The story is one of Grant Morrison’s greatest works and has a very interesting conclusion.

Super Boy Prime hails from Earth Prime, an alternate Earth from which the rest of the universes supposedly sprang out of. In Super Boy Prime’s world, the superheroes like Superman, Batman and Wonder Woman are nothing but mere comic book characters. Super Boy Prime was transported to this Earth after Crisis on Infinite Earths. What makes him way stronger than the original Superman is that he has all of Superman’s strength but none of his weaknesses. He is immune to magic, psychic attacks, and even Kryptonite. The only way to stop him is by draining away all the solar radiation out of his body. 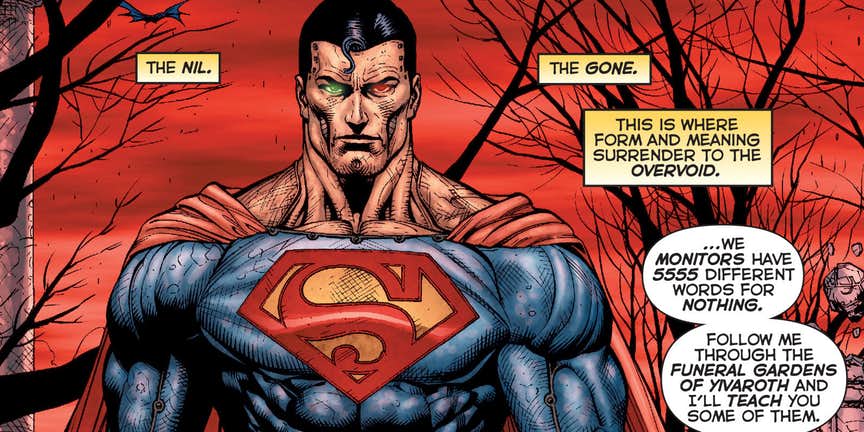 Cosmic Armour Superman was created by combining the essences of Ultraman and Superman. The merged essence was put into a robot that became the new Guardian of the Multi-Verse and anything that lay beyond it. The guy has had the bad luck of only having a few appearances in the DC comic book universe. He made his first appearance in the pages of the Final Crisis event by Grant Morrison. Cosmic Armour Superman is not a human being. He is just a machine with the power to hold the entire universe in his hands (literally). 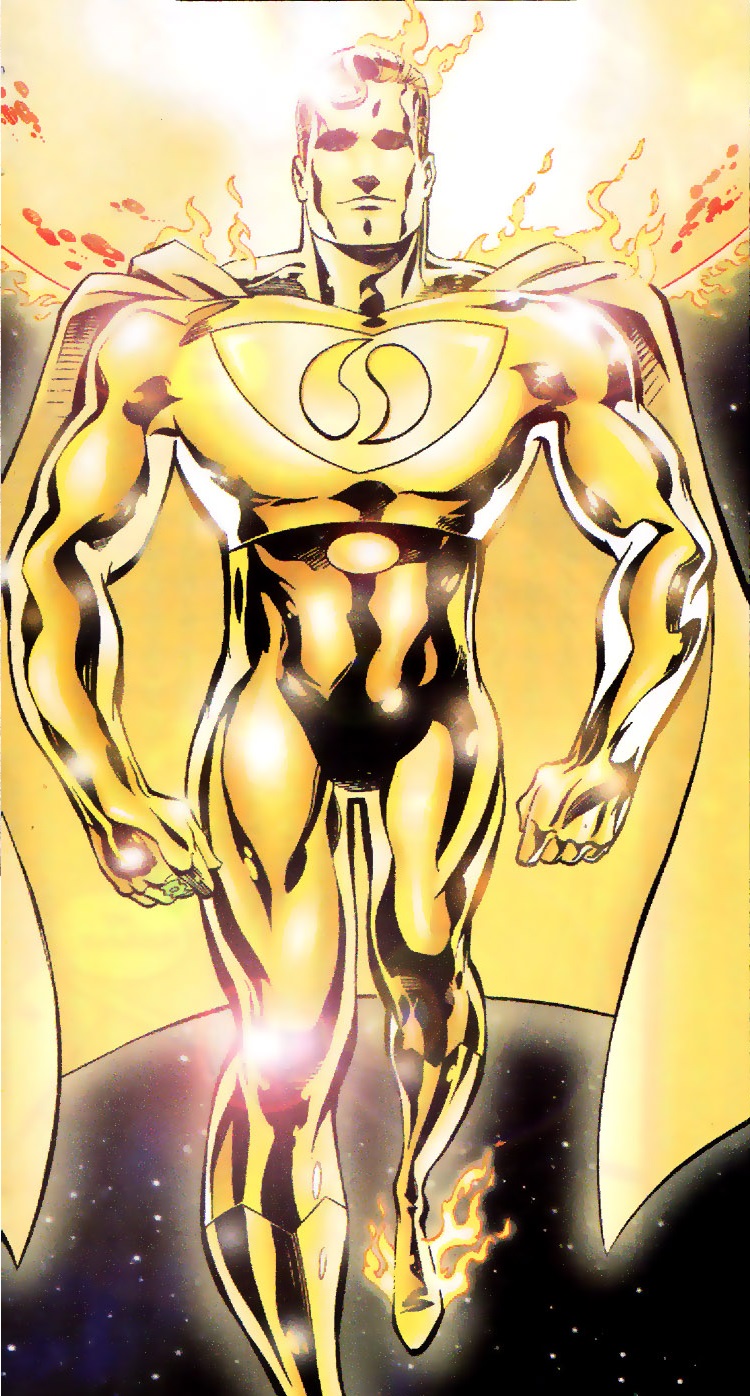 In the One Million Universe that takes place in the 853rd Century, humanity has taken to the different planets in the solar system. Each member of the Justice league now holds domain over one planet that is now ruled by his or her descendants. The only thing that remains constant is that Superman is still alive. He decided to meditate in the center of the sun for One million years. After he re-emerged from the sun, his skin was golden and he had gained godlike powers. If you think the original Superman was overpowered, meet Superman Prime One Million – not only were his physical attributes and original powers enhanced beyond their limits, he also gained telepathy, the ability to travel several magnitudes higher than the speed of light, bend reality to his will, telepathy, a direct link to the Source and the ability to gift superpower to others. He had also gathered enough willpower to operate a Green Lantern Power ring with absolute ease. 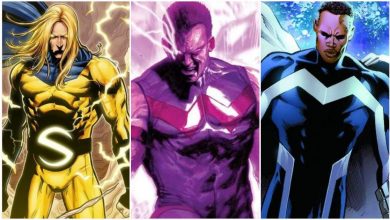 All of Marvel Comics’ Superman – Ranked according to Power Level 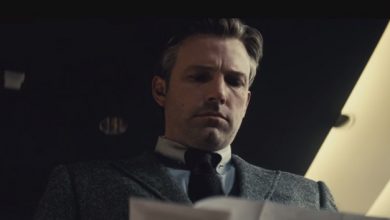 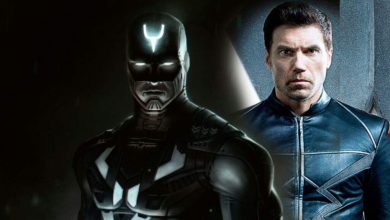 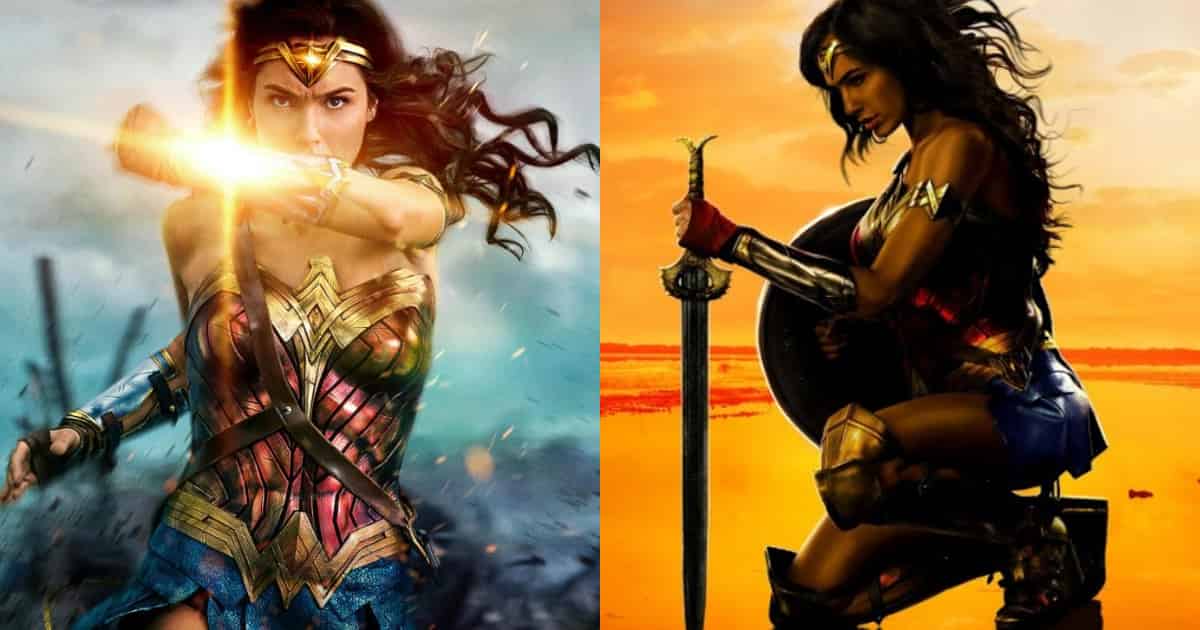