The MCU being Disney’s property has mostly catered to audiences of all age backgrounds. Now all age backgrounds obviously include kids. Disney goes for the full monty at the Box Office as they make kid-friendly Superhero movies and children turn up idolizing these Superheroes. But sometimes, even the MCU has also been guilty of putting in some material that is not good for the eyes and ears of little children. Here are those MCU moments:

The first Iron Man movie portrayed Tony as the real Genius Billionaire Playboy Philanthropist as he did, in fact, meet up with ladies, took them home and then never tried to make contact with them ever again. One of those was MCU’s chief reporter Christine Everhart. Since the MCU is kid-friendly, the intimate moment between Tony and Christine was put in as a very quick shot which may or may not is ignored by the kids. But what happened next was when Tony and Pepper met with Christine in Iron Man 2, Pepper sarcastically mentioned that Everhart did “Quite a spread” on Tony the previous year!

The Incredible Hulk is mostly forgotten by people since it shows Edward Norton in place of Mark Ruffalo, but the movie is quite good and it actually had one of the most brutal moments of the entire MCU. Emil Blonsky was recruited to as a team leader against The Hulk, and him was brave enough to go one on one against the Hulk. Standing right up to him, he asked – “Is that it?” That turned out to be a grave mistake for him as The Hulk kicked him really hard right in the stomach which caused him to go flying and get smashed against a tree!

This moment may have gone unnoticed by many adults and possibly all the kids, but it was certainly something that kids should not know of. When Black Widow went to confront Loki in order to know his plans, she let him get the upper hand in the conversation, and Loki then told her what he is going to make Clint Barton do to her & then straight up called her a Mewling Quim which obviously means a ‘Crying Pu***’.

This is probably the best MCU movie till now in many ways. It was a game-changing event and much darker and grittier than the usual Marvel movies. This entire movie was a political thriller and had events which may actually scare some kids. It did make us feel great about Captain America as we got to see him kick so much ass, but actually, the fights of the movie were also pretty brutal for very young children to see!

Guardians of the Galaxy is one of the funniest MCU movies, but James Gunn was actually not afraid to put one or two jokes here and there that may not be appropriate for the kids. Similar to Tony, Peter Quill was portrayed as a womanizer who hit on all kinds of girls and then forgot about them. He even forgot about a girl who was actually aboard his ship. There was one scene where Gamora called Quill’s ship to be filthy and he replies that she has absolutely no idea! He then said that if he had a black light, then the interiors of his ship would certainly look like a Jackson Pollock Painting. Jackson Pollock is famous for his drip and splash painting, and Quill here obviously meant about his own dripping and splashing of “DNA” around the ship.

Age of Ultron – Hawkeye cannot get it up

Avengers: Age of Ultron is an action-packed movie, but our very own king of sarcasm, Tony Stark had to make it weird. Right in the beginning of the movie, once the big party at the Avengers tower was over, everyone went about trying to pick up Thor’s hammer to get to know about his secret. First up on the trial was Clint Barton aka Hawkeye. As we know that Hawkeye had recently been injured after a battle, Tony Subtly put in a comment saying that “Clint you’ve had a tough weak so we won’t hold it against you if you can’t get it up”. This was obviously a double meaning joke as Tony also poked fun at Clint not being able to get an erection. 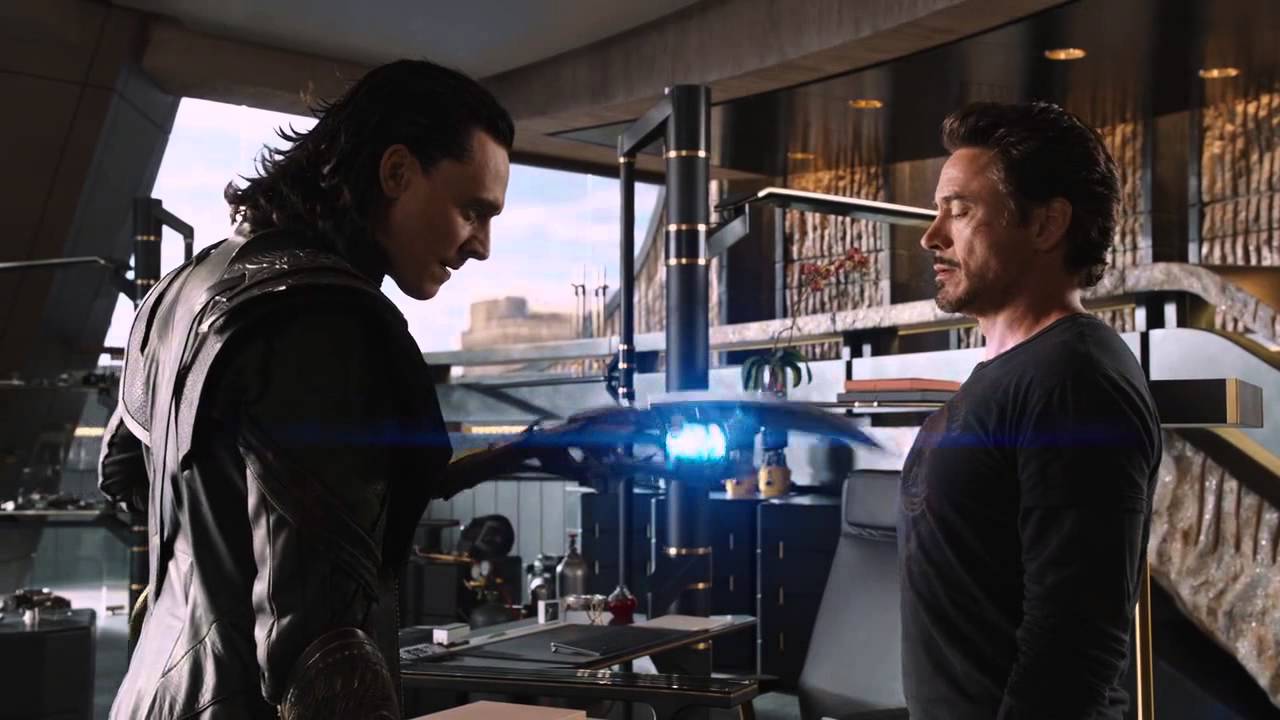 Tony did something similar in the first Avengers movie as well. While confronting Loki alone in the Stark Tower, Loki tried to turn Tony against his friends but it did not work because of the Arc Reactor. Tony gave the most typical reply saying that “Performance issues are pretty normal.”

Well by now we may think that Tony is actually the king of sexual jokes after Deadpool. In the final battle of the movie when Sokovia was flying in the air, the Avengers found no way to get the city back. Right at that moment came in SHIELD along with War Machine to save the day. Rhodey took out many of the Ultron bots, and Tony went to assist him. Seeing this, Rhodey asked Tony that “you don’t think I can hold my own against them?” to which Tony replied that “If we get through this, I’ll hold your own” This was obviously a weird comment which made everyone stuck with a picture in their heads of Tony holding Rhondy’s ‘thing’. Trust me, kids don’t want to have that image in their heads!

Age of Ultron – “Hide the Zucchini”

Well, by now we all may be thinking that Age of Ultron is actually a parody full of sexual jokes and to your comfort, all of them were made by Tony! This one is no different. Age of Ultron brought in a surprising romance between Banner and Romanoff. The social media obviously reacted to that with some really funny and inappropriate memes, but Tony actually added one in the movie itself! Towards the final battle, all the Avengers were gathering around the key in order to prevent it from Ultron. Natasha who could not fly or run fast used a truck to reach there. Right at that moment, Tony subtly put in yet another comment saying “You and Banner better not be playing Hide the Zucchini.” Now Zucchini for those who don’t know is a vegetable similar to a cucumber, only bigger. Assuming where Natasha will hide the Zucchini (Hulk’s Ding Dong) is disturbing itself!

Even though Ant-Man and the Wasp have not released till now, we have seen this particular scene in the trailers. The first Ant-Man movie was a pretty kid-friendly movie and the same thing is expected with the second one. But as it turns out, a sexual joke has already been included in the trailers and will most probably happen in the movie as well. This scene includes Paul Rudd’s Scott Land and Evangeline Lilly’s Hope Van Dyne visiting Lawrence Fishburne’s Bill Foster along with Michael Douglas’ Hank Pym. The three are seen talking to Bill Foster who in the comics is also known as a Goliath. 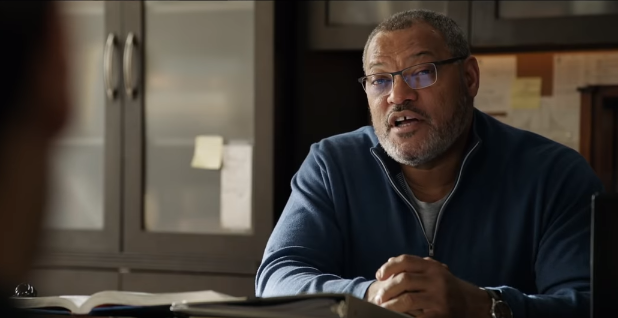 Like the Giant Man, Goliath is also known to grow really big. So in this particular scene, Lang and Foster talk about the growing in size experiments that Foster was a part of in the past. Foster mentioned that he actually grew up to 21 Feet Tall. To that Lang gave a smirk and said that he grew 65 feet tall. They were obviously talking about how tall they grew, but this was a double meaning joke about the bigger dongs that they had. This conversation was obviously awkward for Hope who was the only woman in the room. 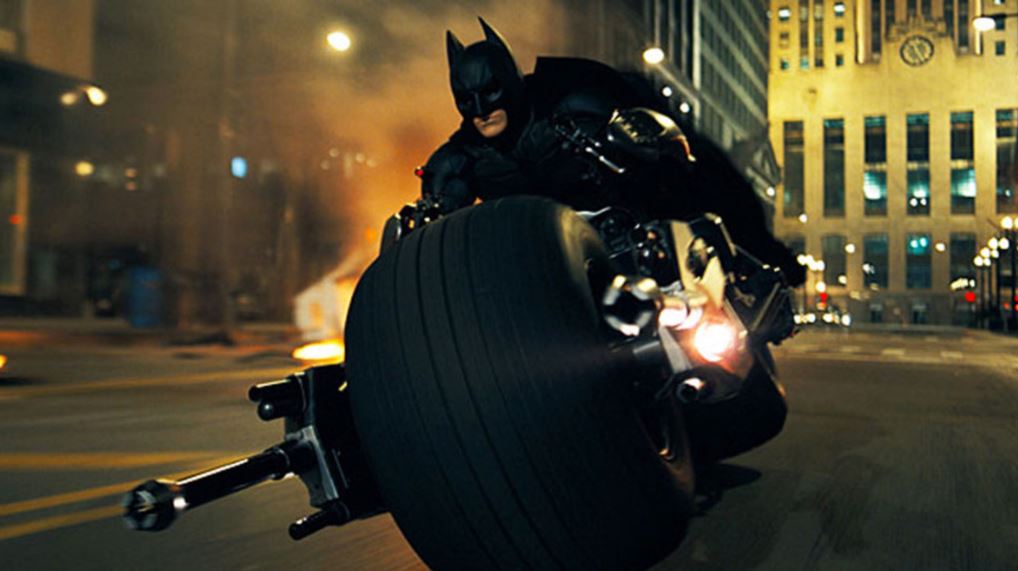 Christian Bale Reveals Why He Refused The Dark Knight 4 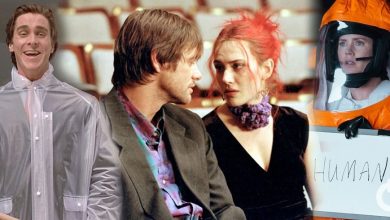 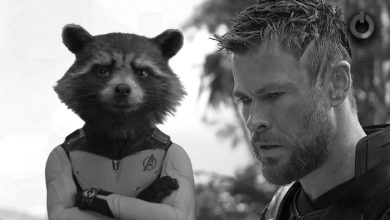 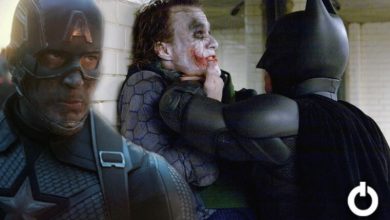