The concept of the Multiverse is something that has been introduced and referenced for quite a while in the Marvel Cinematic Universe. We got our first look at the concept in the Disney+ series Loki and it actually left us at a massive point in the narrative. But the effects of it were presented to us with Spider-Man: No Way Home and it gave us an idea of the chaos it can ensue. But the true level of this multiversal chaos will unfold in Doctor Strange 2 as we understood from the latest trailer for the movie. While giving us an idea of the events we will get to see, the trailer actually puts to rest some of the things we saw in Loki. The arrival of Kang in Loki becomes more confusing based on the latest trailer for Doctor Strange in the Multiverse of Madness.

According to the new trailer of Doctor Strange 2, things are going to take a massive turn for the narrative. A lot of interesting new details are going to be explored in terms of the MCU. A lot of variants are going to appear in the movie and they might not be taking sides with Doctor Strange. But Strange won’t be alone as he will have America Chavez next to him as they work through the multiversal chaos. That’s not all considering an interesting new detail has shown up regarding the movie. We might get to see some variants of the other Avengers we have seen before. 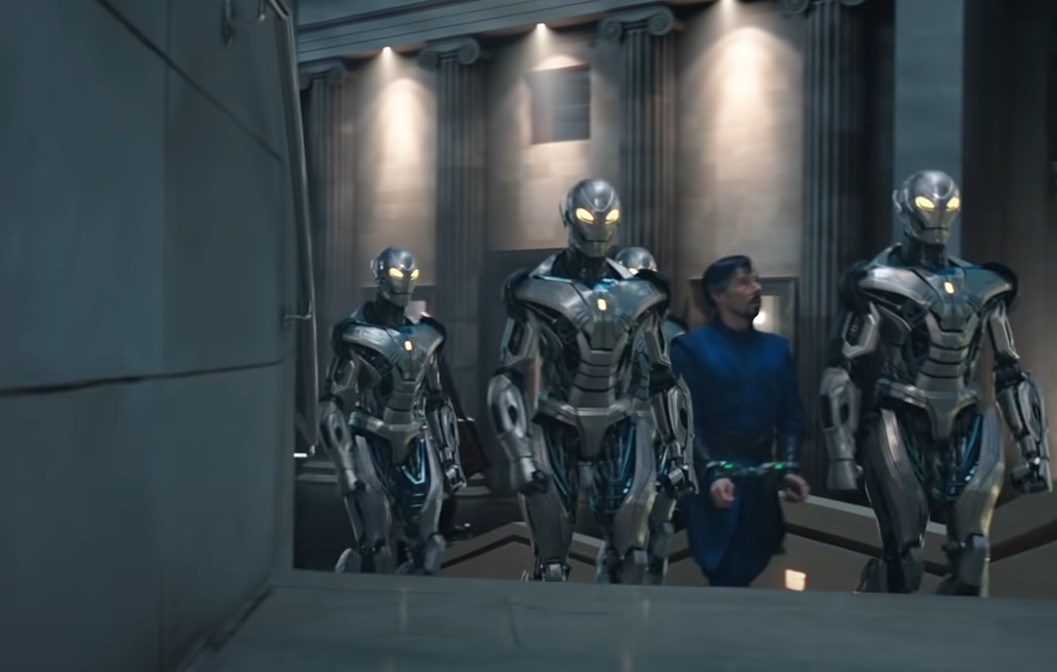 In the trailer, we see Doctor Strange being handcuffed following Mordo stating Strange will have to face the consequences. These consequences could be because of his meddling with the multiverse. Strange is escorted by some Ultron bots and put in front of a group of people who are not revealed. One of these voices could be heard saying the words, “We should tell him the truth.” This is clearly the voice of Patrick Stewart who is known for playing Professor Xavier in the X-Men movies. If the actor is reprising his role then this mysterious council that summons him could be the Illuminati. 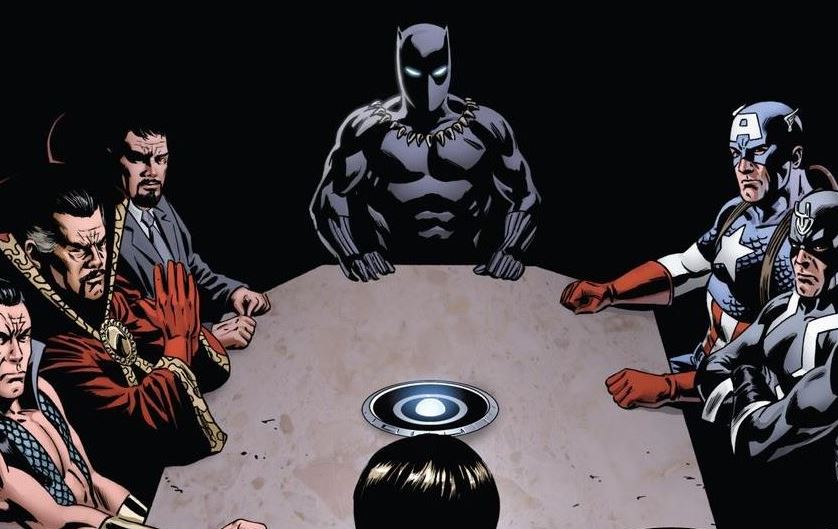 The council of superior heroes in Marvel has been rumored to appear in the upcoming movie. This group was formed in order to prevent some of the future threats to the world. It consists of heroes like Iron Man, Doctor Strange, Reed Richards, Professor Xavier, and Namor amongst others. They would gather once in a while and exchange vital information and take some major decisions. It is fairly certain that each of these characters is a lot more superior compared to the others in the Marvel Universe. But there is a chance that their appearance in the MCU could serve a different purpose. 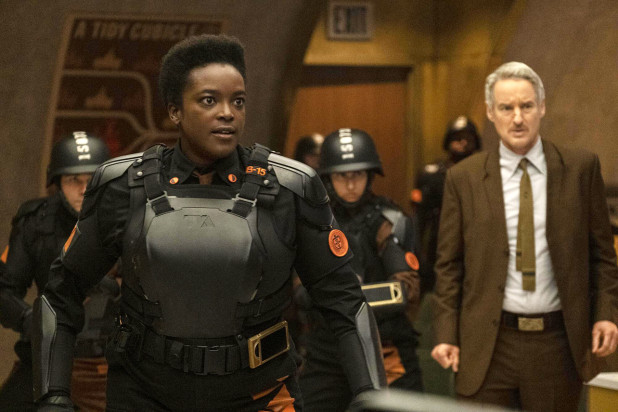 Based on their appearance in the Doctor Strange 2 trailer it seems that the Illuminati might be conflicting with the Time Variance Authority. Doctor Strange seems to be summoned because of the multiversal chaos that he has brought upon. This means that the Illuminati might be overlooking the Multiverse instead of a particular universe. But the Time Variance Authority serves an almost similar purpose. The TVA, introduced in the Disney+ series Loki, works towards preserving the Sacred Timeline within the multiverse. It was found by He Who Remains, a scientist who had discovered the multiverse.

After discovering the Multiverse, he had triggered a Multiversal War as his variant, Kang the Conqueror was motivated to take over the universe. But around the end of Loki, he was killed by Sylvie and we saw massive chaos unfold. Multiple branches were created to the sacred timeline. It gave us some idea about the possible roles that Sylvie and Loki might have to play in Doctor Strange 2. But considering both TVA and the Illuminati have similar goals they must have heard of each other. They should be opposing each other considering they have different ways of dealing with the multiversal problems.

Both Sylvie and Loki are rumored to have appearances in Doctor Strange 2. There is a chance that the Illuminati might have taken the reigns following the death of He Who Remains to prevent further chaos. Thus the duo could be arrested by this council just like we saw Doctor Strange being summoned by them. This actually makes their appearance in the form of a cameo more obvious.

Doctor Strange in the Multiverse of Madness will be released in theatres on May 6. 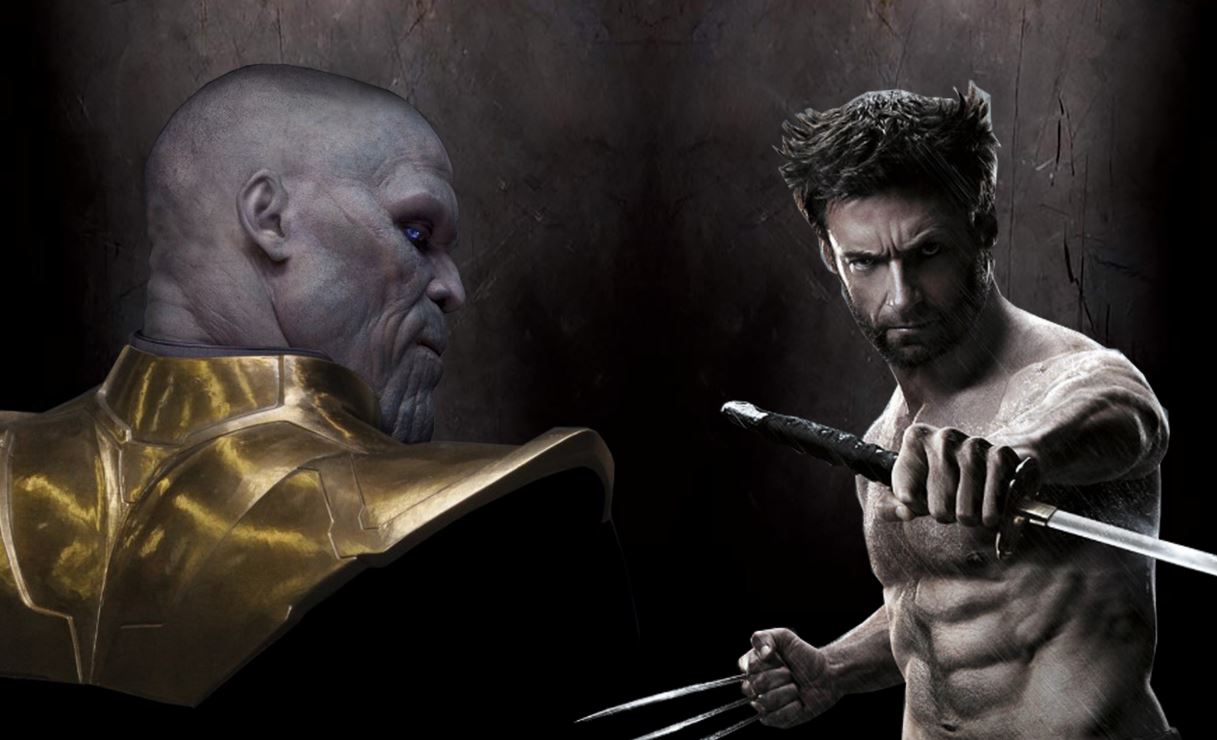