When MCU was introduced, it was not able to bring the X-Men characters to the franchise because of some internal issues. Now since Disney has acquired Fox, there is a possibility that X-Men might get merged with the MCU. But before this, both the franchise had one thing in common. It was Quicksilver. The character was played by Evan Peters in the X-Men movies and Aaron Taylor-Johnson in the MCU. Now in case if both the franchises are merged at one time, we cannot be sure about who would play the role. But let’s check the similarities and differences between both of them.

Similarities Between MCU And Fox’s Quicksilver 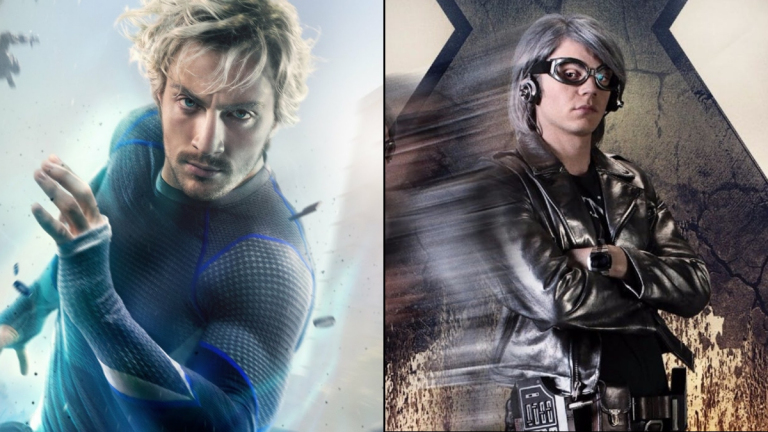 Quicksilver has always been a funny character in Marvel movies. In both the franchises, Quicksilver was seen cracking jokes on certain topics. At the same time, the character was also arrogant. In one of the scenes in Avengers: Age of Ultron, Pietro made fun of Clint Barton while pushing him away. Even Peter was a fast talker. In one instance, even Wolverine found him to be annoying. But Quicksilver has been that one character who added the comedy element in the serious-themed movies. 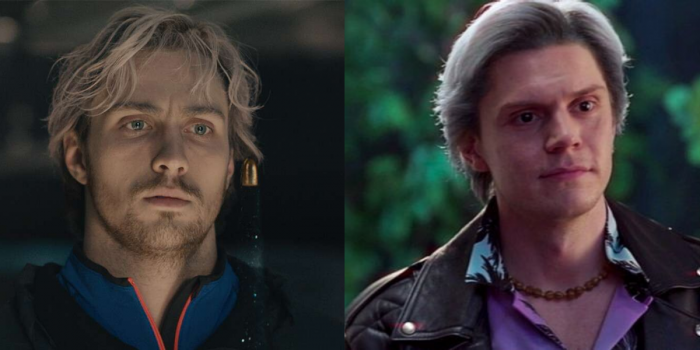 Now it cannot be clearly said if the filmmakers have been faithful with the appearance of the Quicksilver in the comics. In the movies, Quicksilver appears in a mixture of platinum, blond and grey-colored hair. The style has remained the same in both films. There is a minor difference – Peter’s hairs are a bit straighter and Pietro’s hairs were messed up. But it is a difference that is rarely spotted by most Marvel fans. Other things remain the same.

3. Sequences to show their powers 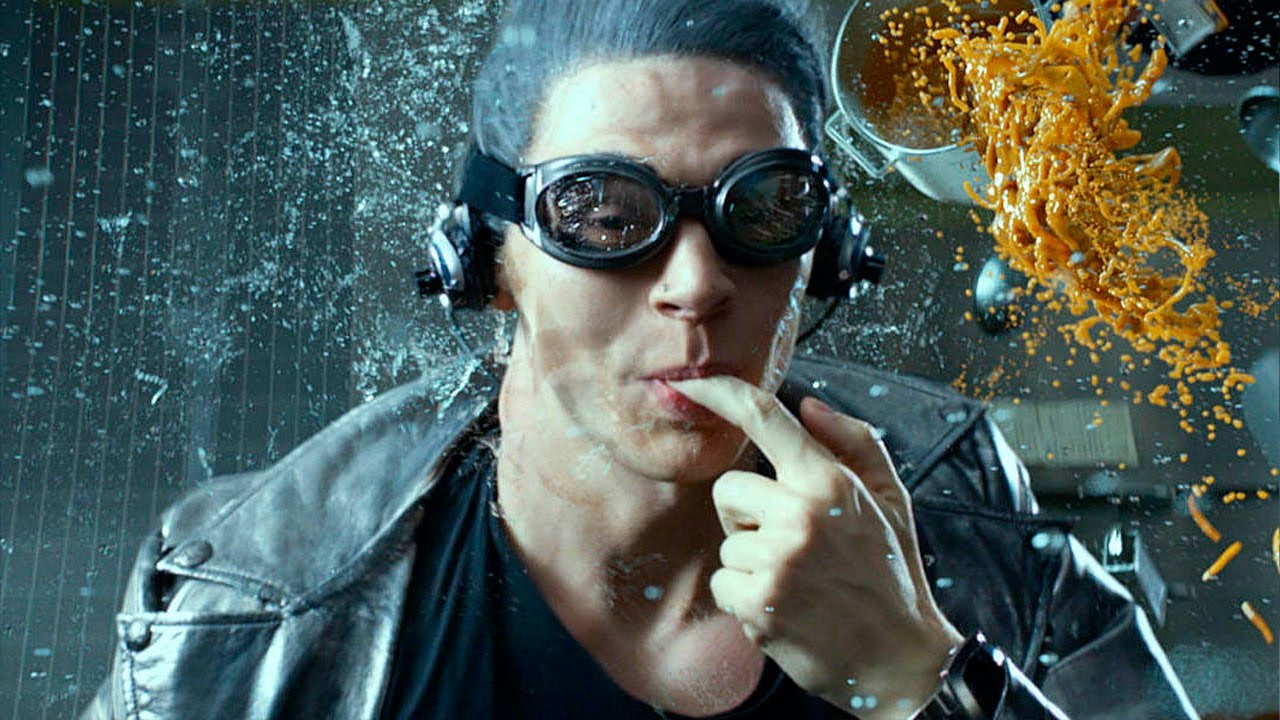 The powers of Quicksilver are the same in both the franchise. One thing that remains the same here is that the world gets stuck at a standstill when Quicksilver comes to save people. It moves at an extreme speed but the shot is shown in slow motion and the characters around him don’t move at all. But the great part about X-Men’s Quicksilver is that when he makes his entry, a fast-paced or slow-paced song is played in the background. MCU showed Quicksilver as a character that got its powers from the Mind Stone.

4. Close to their families 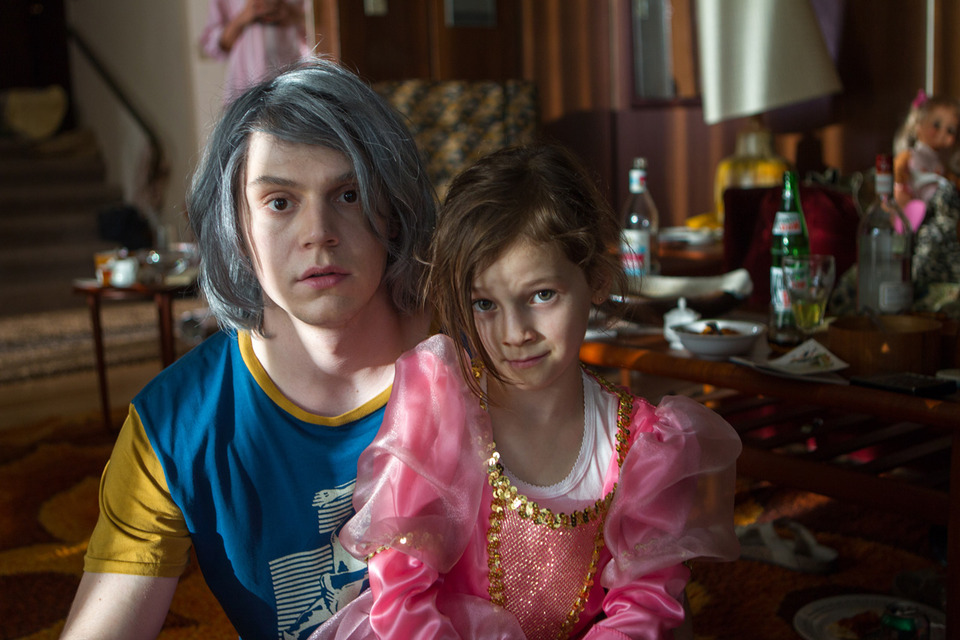 It doesn’t matter how powerful you are, you cannot live without your family. They are the people we are very close with. Both the Quicksilvers have been close with their respective families. MCU’s Quicksilver was introduced as a villain who was hell-bent on destroying the Avengers along with his sister Wanda and Ultron. They hated Tony Stark since his weapons blew up their house in Sokovia. Family details about X-Men’s Quicksilver were not revealed very much but it is evident that he was very close to them. He even did not interfere in the final battle of X-Men: Days of Future Past to protect his sister.

5. Tendency to place themselves in dangerous situations 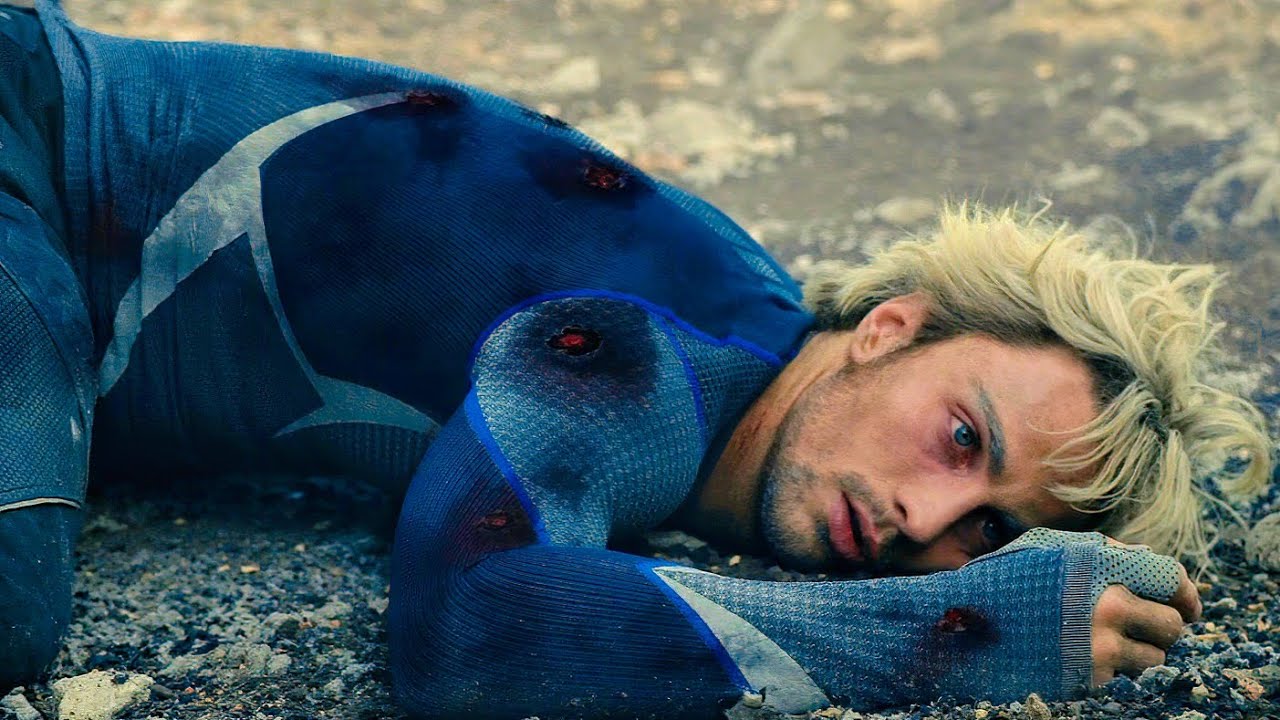 Quicksilver is also counted as one of the most powerful beings in the Marvel universe. But we all have noticed that he has a certain level of overconfidence. This is only because of his ability. Both the Quicksilvers know well that no one can move as fast as them. So the best thing to do is to not fear anyone and consider any threat as something that can be easily defeated. This always lands them in serious problems. This has been seen in Avengers: Age of Ultron where Pietro is killed when he tries to save Clint Barton from Ultron. Also, in X-Men: Apocalypse, Peter tries to weaken Apocalypse’s defenses by punching him a few times. But Apocalypse was so powerful that he trapped Peter’s legs and defeated him.

Differences Between MCU And Fox’s Quicksilver

1. The origin of their powers 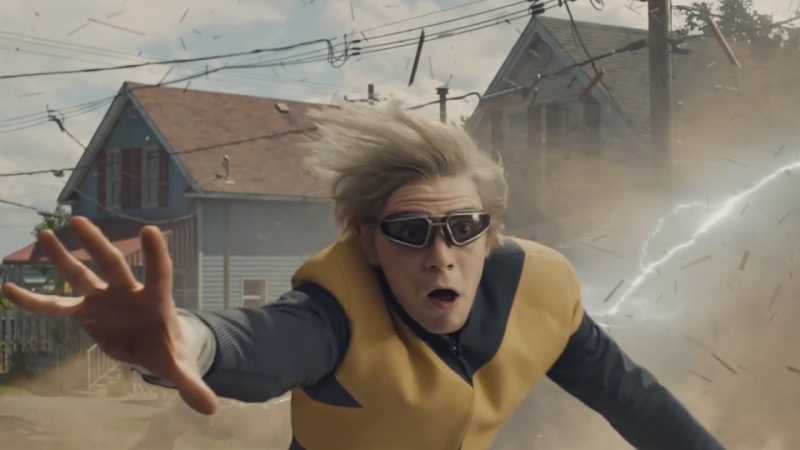 The first major difference between Peter and Pietro Maximoff is their origin of powers. Pietro Maximoff was a superhuman and not a mutant. Pietro and Wanda’s abilities were a result of Baron Strucker’s experimentation with the Mind Stone. But in contrast, Peter Maximoff’s powers were god-gifted which has been common for every character in the X-Men franchise. Peter was born as a mutant and somewhere, the reason was also Magneto, who was revealed as Peter’s father in X-Men: Apocalypse.

Quicksilver’s father is different in the MCU as well as the X-Men franchise. The identity of Pietro Maximoff’s father has not been revealed since it is not related to the storyline. But Peter Maximoff’s father is Magneto aka Erik Lehnsherr. Magneto is that one character in the X-Men franchise that has turned out to be good as well as evil because of certain circumstances. Peter revealed in X-Men: Apocalypse that Magneto is his father. Now it is yet to be revealed how and when did Peter’s mother and Erik met each other. It is uncertain since the future X-Men films have been canceled for now and Dark Phoenix was the final installment in the franchise.

3. They are from different countries 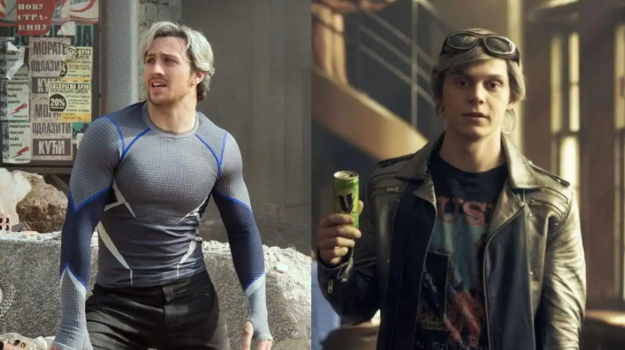 The character Quicksilver is European according to the comic. Pietro Maximoff is shown as the resident of Sokovia. Sokovia was a major part of Avengers: Age of Ultron. But Peter Maximoff had nothing to do with Europe. Peter was born and raised in America and that is very clear from the accent he uses in the X-Men movies. But Pietro Maximoff’s accent was completely different. It was the native Sokovian accent although Sokovia is a fictional country. Pietro was not aware of American customs and Peter was very much interested in American pop culture.

4. MCU’s Quicksilver is slow in comparison to the X-Men version

Although Peter and Pietro Maximoff share the same abilities, their speeds are completely different. Compared to Pietro Maximoff, Peter is faster. In X-Men: Apocalypse, when Alex Summers accidentally causes an explosion at Xavier’s School for Gifted Youngsters, Peter manages to save them all even though the building starts to slowly tear apart. Pietro was also fast, but not that fast. In one of the scenes, he even fell down a floor after Hawkeye shoots from below. He even could not save Hawkeye in time and was killed by Ultron in Avengers: Age of Ultron.

5. X-Men’s Quicksilver Remains the same age in his appearances 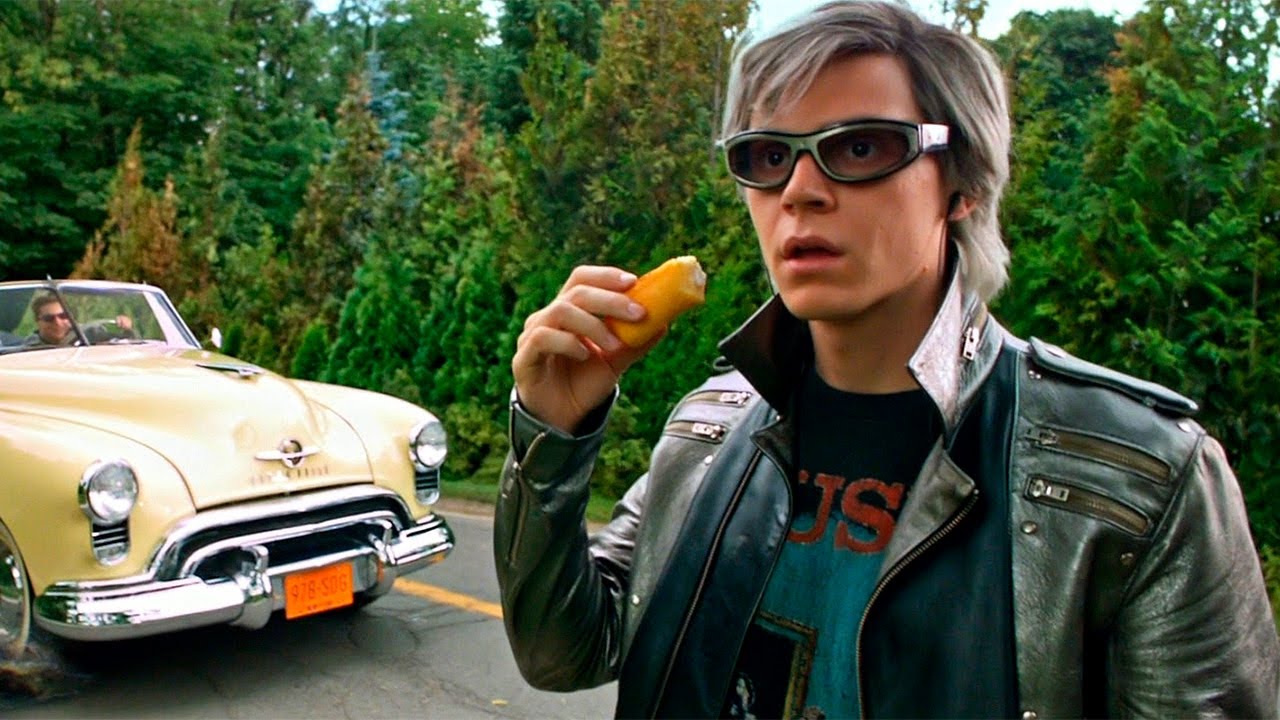 One common thing that we have noticed in Marvel’s movie characters is that they start to age at a point in time. Even Captain America was looking a bit old because of that beard in Avengers: Infinity War. But this did not happen with Peter Maximoff. According to X-Men films, Peter was born in 1956. He was a 17-year-old guy in X-Men: Days of Future Past. Until Dark Phoenix, the character was 37-year-old. But Pietro Maximoff was born in 1989 and was shown as a 26-year-old character. MCU fans did not get to see the character’s mature version since he died and till now, there are no plans to bring back his character again in the MCU. 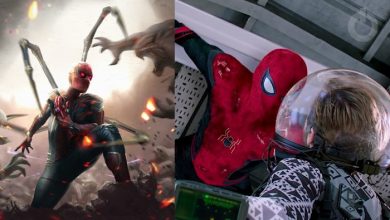