Spider-Man is a major MCU character and his exit would have been extremely tough to explain. It’s good that he is back into the MCU and will also get to crossover with Sony’s Universe of Marvel Characters. With so many future possibilities, there are a whole lot of rumors that have found their way to the internet. Here are 15 rumors of what could happen with Spider-Man & characters related to him in Spider-Man 3 & beyond:

There has been this long-running rumor that the buyers of the Avengers tower are none other than Fantastic Four. Tony obviously sold the Avengers tower to a mystery buyer and people actually believe that it will turn out to be the Baxter Building. So, Spider-Man could have a link to the Fantastic Four, and they could even feature in the next Spider-Man movie. But given that Norman Osborn will come into play, we don’t really believe the rumor about the Baxter building. 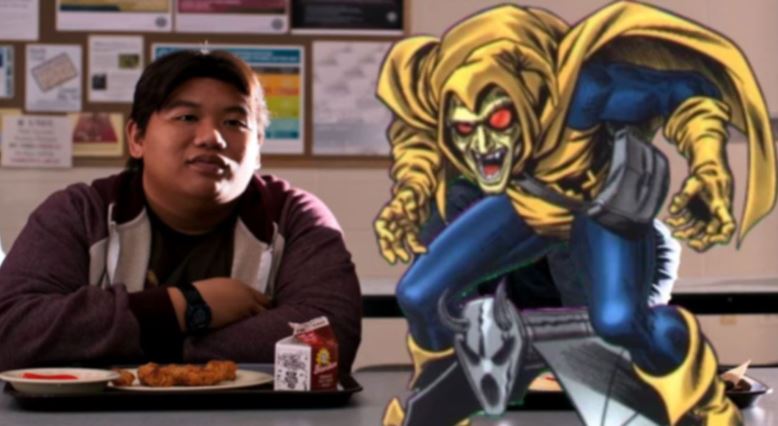 Why is it that everyone who has a close connection to Peter either wounds up dead, or leaves him or turns out to be a villain? Marvel has been able to steer away from this notion up to an extent, but a rumor from WGTC states that Ned Leeds, Peter’s best friend will end up on the path to become Hobgoblin. In the comics, Hobgoblin has been portrayed by many individuals at once. So this rumor is on point, but there’s a very high chance that it might not come true. It is just too hard to believe that Ned will become a villain at any point of time. He doesn’t have the pull!

Jennifer Walters will Debut in Spider-Man 3 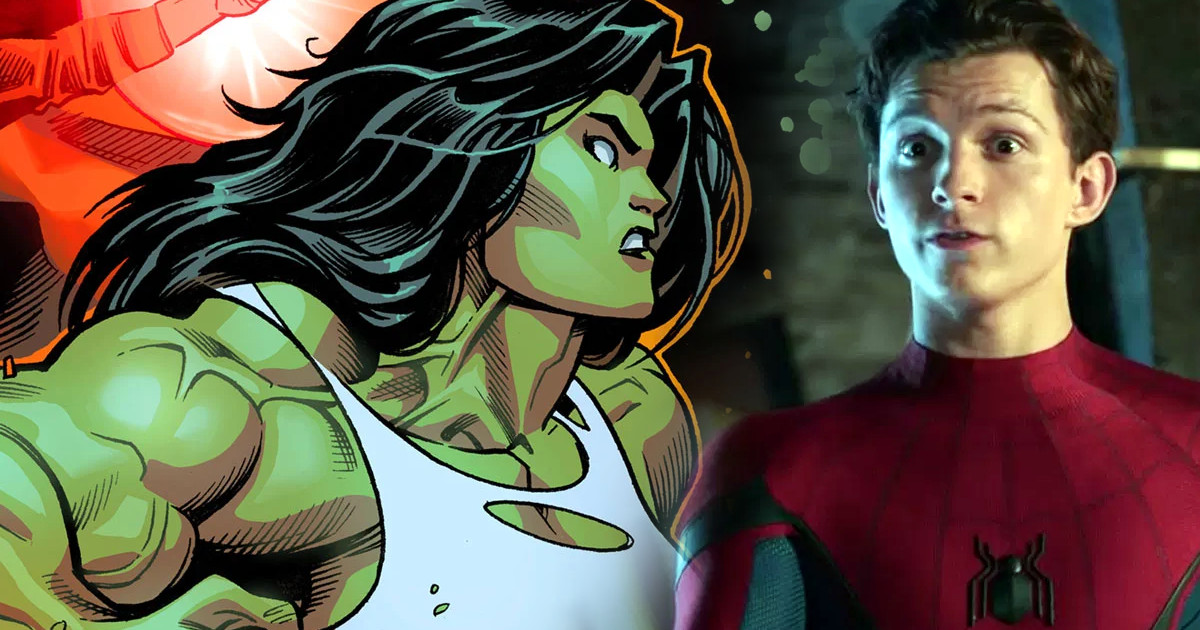 She-Hulk aka Jennifer Walters is getting her own series on Disney+. For those who aren’t aware, before becoming She-Hulk, Jennifer Walters was a lawyer. Peter is in dire need of a lawyer and Jennifer Walters could come into play there. In fact, the accident that leads her to become She-Hulk could actually happen in Spider-Man 3 itself. People thought that Matt Murdock (Daredevil) would be Peter’s lawyer, but making Jennifer Walters his lawyer would make total sense. This rumor again comes from WGTC, and we want it to be true.

Deadpool & Wolverine will team up with Spider-Man

A while back before Spider-Man: Far From Home even came out, WGTC reported a rumor that a future Spider-Man movie will have both Deadpool & Wolverine. This would just be a perfect team up for us to witness. But the likeliness of it happening is very low. Marvel would definitely want to bring Deadpool & Spider-Man together at some point in time, but we’re not sure whether it will happen as a duo team up movie or only in a crossover event film.

Ms. Marvel could appear in Spider-Man 3 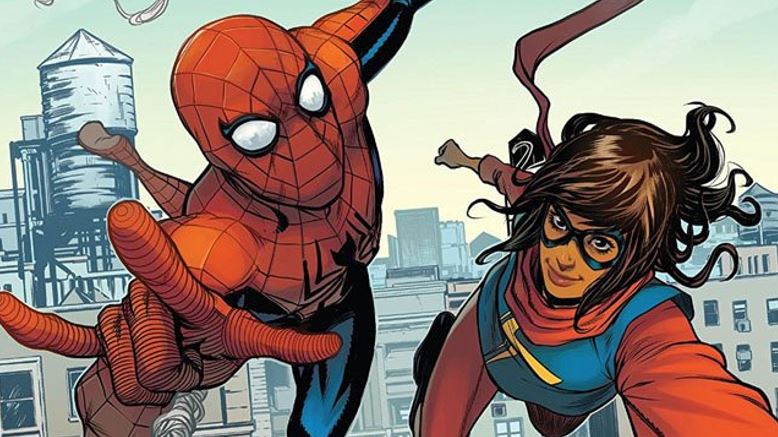 Kamala Khan is getting her own solo series on Disney+ in 2022. But WGTC posted a rumour that she would actually make an appearance in Spider-Man 3. In fact, the rumor states that she’d team up with Spider-Man to fight off the villains. Spider-Man surely is in need of help from someone, but we’re not sure if it would be Ms. Marvel. The Disney+ series will run for 6 episodes and that will be enough time for an origin story to be properly explored. So there isn’t any need for Spider-Man 3 to given Kamala Khan an appearance. It could be a mere cameo & that’s it.

Disney will buy the rights to Spider-Man

“Disney wants to buy Spider-Man. While rumors had circulated before the Sony-Disney dispute of such a purchase, it was mere speculation, especially the erroneous high number that was quoted. Disney is looking to offer in the range of $4bn to $5bn for Spider-Man. But now the questions will be asked. He’s Marvel’s most well-known hero, and with Iron Man and Captain America gone, they need an anchor in the MCU.”

Well, this is definitely a rumor because Disney doesn’t need to buy back Spider-Man at least for the next 2 years. If someone buys Sony in this period of time, then the rights to Spider-Man will automatically revert back to Disney. So they could get Spider-Man, Venom & others for free. This is why it is Sony who would be eager to sell Spider-Man back to Disney if they were to be bought.  And as of now, they aren’t selling and Disney has part ownership in Spider-Man 3. So, why spend the big bucks when it isn’t really required? 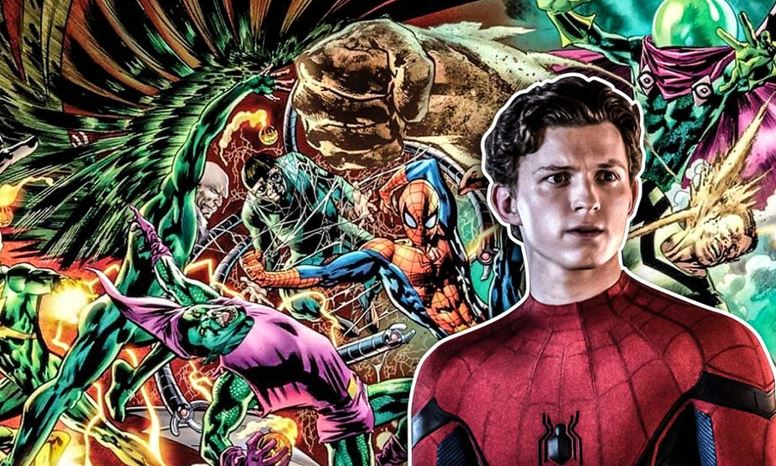 Amy Pascal has revealed that the road to Spider-Man’s future will definitely involve the Sinister Six. She said:

“All of these villains that we now have in our universe happen to be characters that are in the Sinister Six. There may be something that happens with that.” 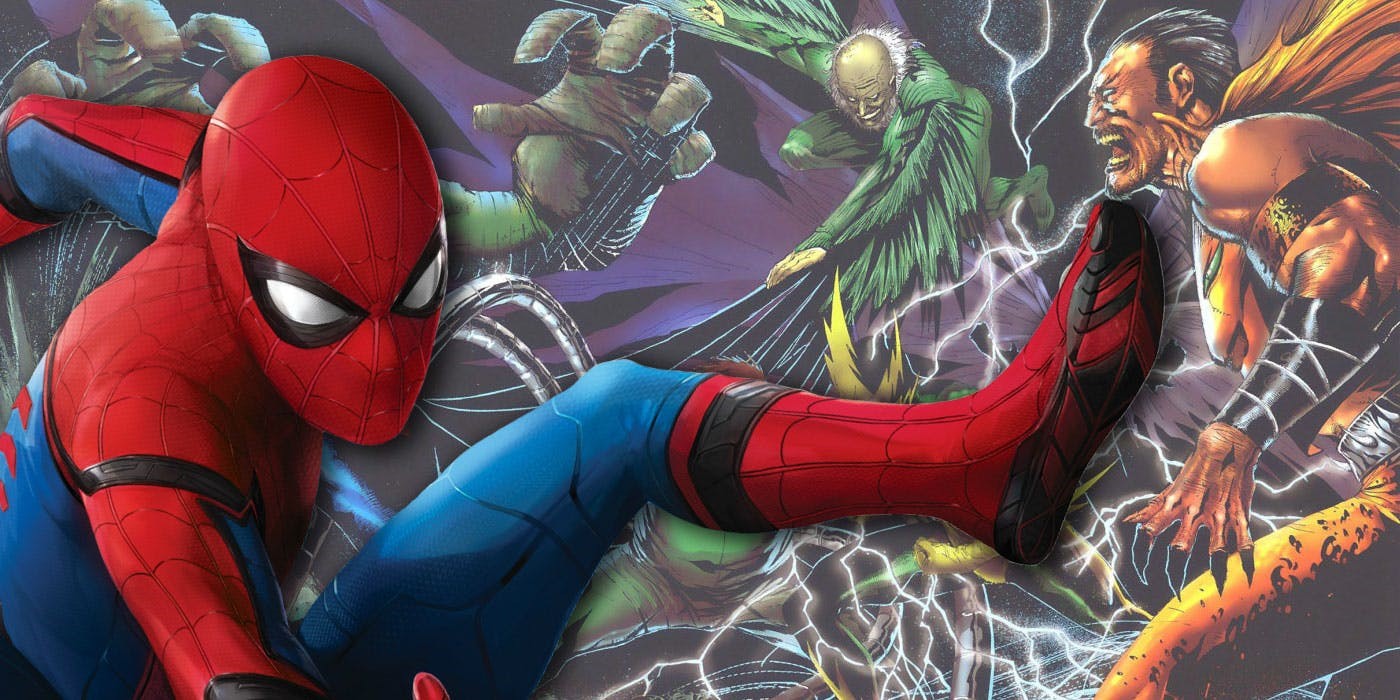 So, the rumor is that we’d actually see the Sinister Six by the end of Spider-Man 3. Norman Osborn will lead the charge and the other 5 members will involve Kraven, Scorpion, Mysterio, Vulture & Chameleon. This might actually be true.

Chameleon will frame Peter in Spider-Man 3 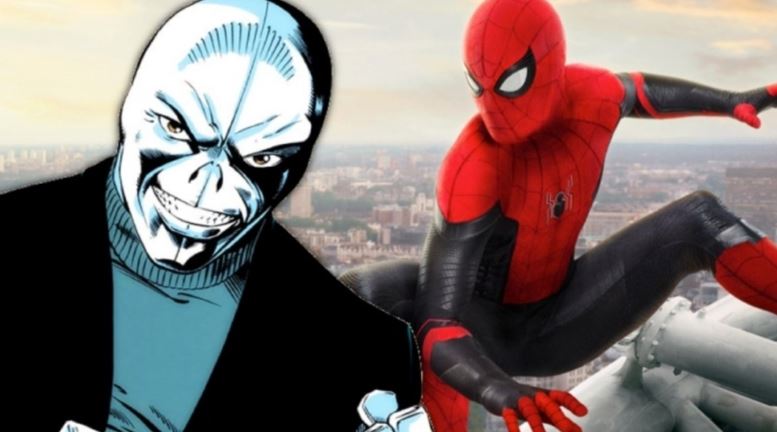 According to a plot leak that surfaced on the internet, Spider-Man 3 Dmitri Smerdyakov will take up the place of Spider-Man to further frame him. For those who’re unaware, Chameleon is like a human Skrull. He has the ability to totally take up someone’s identity. So, he will commit crimes in the name of Spider-Man, and that will further ruin Spider-Man’s name as a hero of the MCU. This will lead to the government appointing two other individuals to take down Spider-Man. 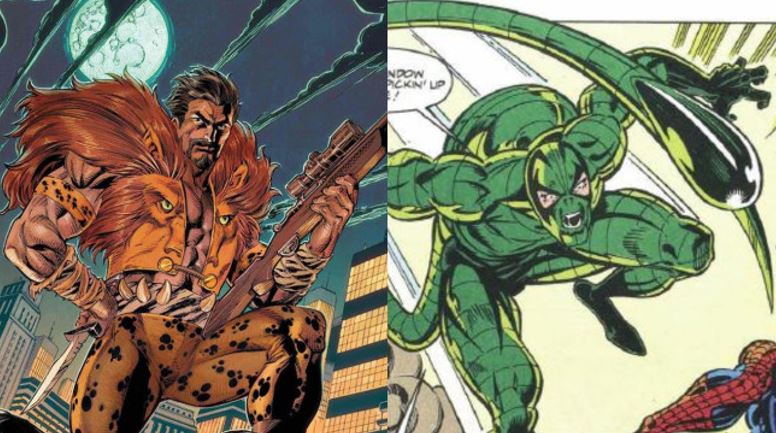 Whether or not Chameleon comes into play is a different story. Even if he doesn’t ruin Spider-Man’s name, rumor is that Kraven & Scorpion will be brought in to hunt down Spider-Man. Spider-Man is already in a deep hole and the government appointing villains to bring him to justice is something that will further the cause of MCU’s Thunderbolts as well. That’s why all of it makes sense. Spider-Man 3 could have 3 or more villains actively playing a role to take him down. 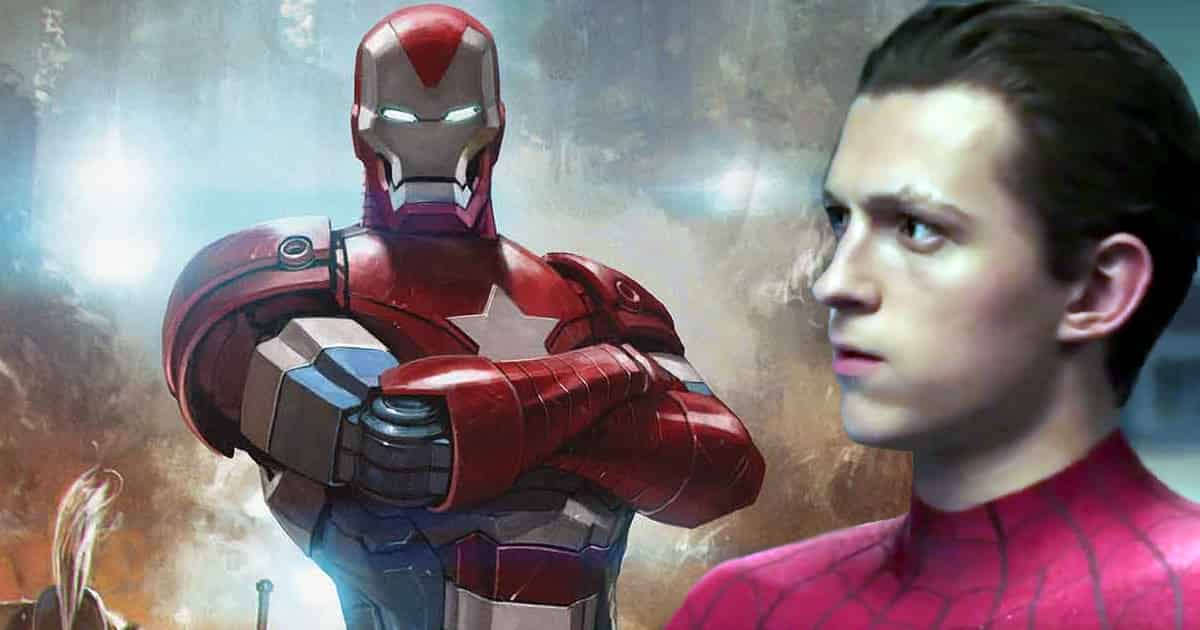 It has been stated that along with being the leader of the Sinister Six, Norman Osborn will be the Earth-based big bad in the next Avengers movie. He could be the new owner of the Avengers tower. He could also be the mystery guy who was running Sonny Burch in Ant-Man and the Wasp. And he could show up in the MCU as Iron Patriot to further have a role in the Dark Avengers. These rumors love to involve Norman Osborn. In fact, another rumor also suggests that J Jonah Jameson will be a Breitbart News style corporate-sponsored front of Norman Osborn. It is he who has been pulling strings since Homecoming! 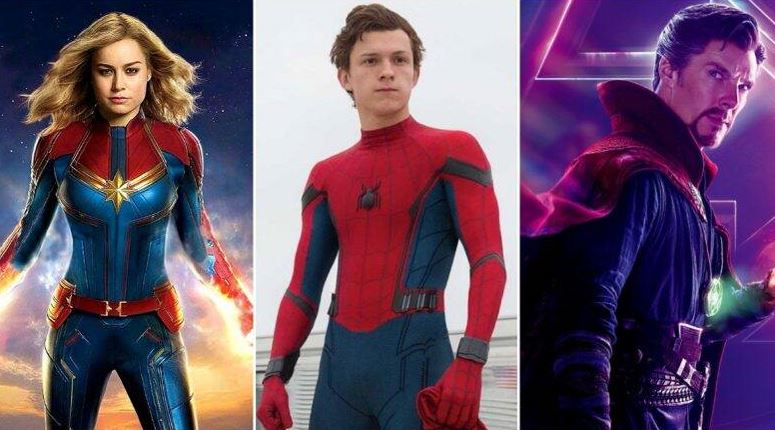 We recently got hold of the update that “a major Avenger” will team up with Spidey and according to a new report from We Got This Covered, Doctor Strange & Captain Marvel are under consideration. Doctor Strange would be a close call since he is the guardian of the New York Sanctum. But WGTC also reports that Peter could develop a crush on Captain Marvel so she could also show up.

There are two more trilogies being planned

We Got This Covered claims that Marvel plans to make at least 6 more solo Spider-Man movies after Spider-Man 3. We’ve heard in the past that Director Jon Watts could make a lot more Spider-Man movies. He doesn’t know when to stop for now. And so, this WGTC rumor states that the next two trilogies will focus on Peter’s college life and Peter’s adulthood. Well, all of this will obviously depend upon how Sony & Disney gel with each other in the future. Kevin Feige obviously loves Spider-Man so, he’d surely want to make this rumor come true anyway. Let’s see what happens. 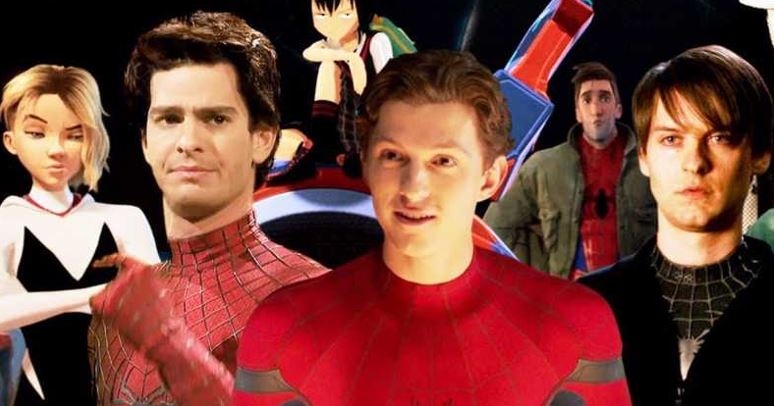 WGTC states that Sony & Disney are indeed considering a dream crossover event involving Tom Holland, Tobey Maguire & Andrew Garfield. This movie would not only bring different Spider-people together & align different Universes, but it would also lead to the ultimate Secret Wars crossover event where all Universes align into one. Well, it is too far-fetched but definitely possible.

Spider-Man Will Still Leave the MCU

Considering the fact that Spider-Man has only got one more solo film and another Marvel Cinematic Universe appearance, for now, people actually think that Kevin Feige is writing him out of the MCU for good. It is possible that Sony might not want to continue with Spider-Man and they’d want all the profits for themselves, so instead of the abrupt exit that would have happened recently, Kevin Feige is rather pushing him out in the right way. That means Avengers 5 will mark the final appearance of Spider-Man in the MCU. This rumor might or might not be true. But it does make sense. Let’s see which of these turn out to be true. 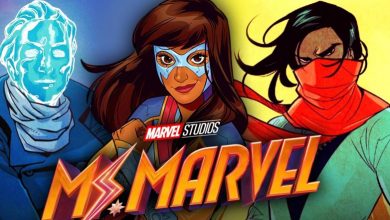 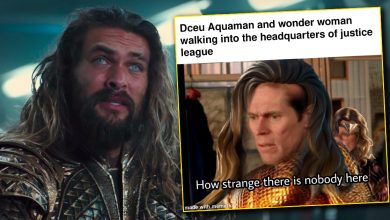