There is Hollywood and there is the Superhero World, both of them are completely different universes. Ever since the comic books were brought into life on the screens, they built a separate world of fans for whom Hollywood is limited to superheroes only. There are thousands of platforms to carry out discussions and fan theories, separate comic con events, and merchandise that are enough to build a separate industry out of the superhero comic books universe. Over the years, these movies have witnessed a massive change. Fans know that they are not just about superheroes fighting the bad guy. For instance, DCEU movies have emotions and a plot that builds up to form a bigger universe. Directors have made things interesting by hiding fascinating details in the story that only hardcore fans with an eye for detail have spotted. Here are the 14 interesting details in the DCEU movies that you missed.

The Map In Aquaman

If you notice the maps drawn by Atlanteans in “Aquaman”, you will see that only the water bodies are marked. It’s an interesting ride to a Atlantean’s perspective of the world.

“Watchmen” may not be a part of DCEU, but it will be always belong to the DC family. These two scenes in the DCEU movies where the “Watchmen” was paid homage. In Shazam!, the bloody smiley face on foster care worker’s desk was a nod to the series. Even in Batman V Superman: Dawn of Justice, when the two superheroes were fighting, there was a brief moment with a graffiti on the wall that read “Quis Custodiet Ipsos” in Latin. It translated to “Who Watches the Watchmen?” 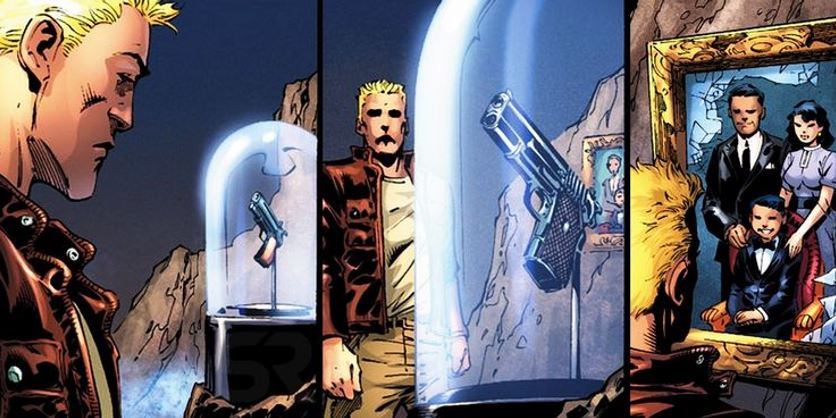 Batman is a superhero with dark and cynical traits. These traits are clearly reflected in his Batcave in “Justice League” where he has collected various souvenirs. One of them is the pistol displayed beside Wonder Woman that Joe Chill used to murder Bruce Wayne’s parents. That’s pretty chilly and grim to look at every day at your work. 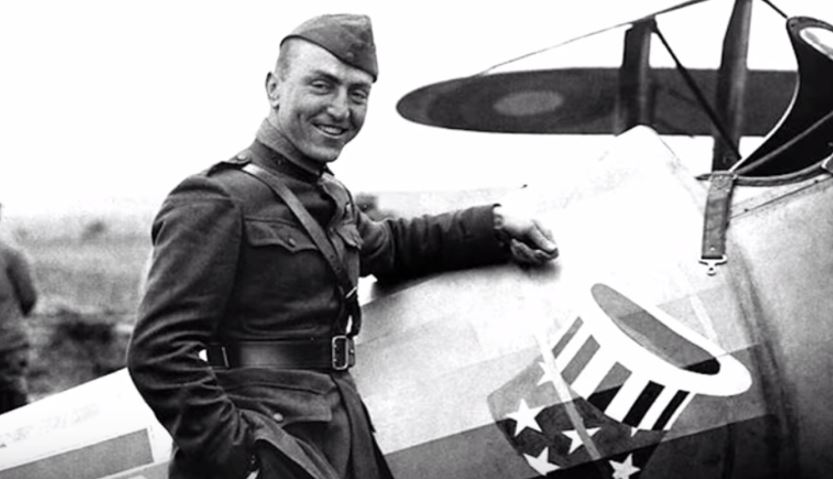 Steve Trevor’s picture that we see at the end of “Wonder Woman” was inspired from a real-life image. It was Eddie Rickenbacker in the picture who was a fighter ace in World War I.

While researching on Superman’s weaknesses, Batman also studied his combat moves. Earlier in “Batman V Superman” Bruce Wayne was watching footage of Superman’s fights in a cave. This gave him the advantage to prepare for Superman’s moves and block all his higher and middle punches.

The Colors In Memories In Shazam!

Shazam! proved that superhero films aren’t discounted to mere fight and action. The film considered human psychology during some parts such as the flashbacks. The same flashback where Billy was abandoned by his mother in the fair was remembered differently by Billy and his mother. In both the versions, the characters were wearing different colors and wardrobe, indicating how the brain chooses to recall the details from the memories. 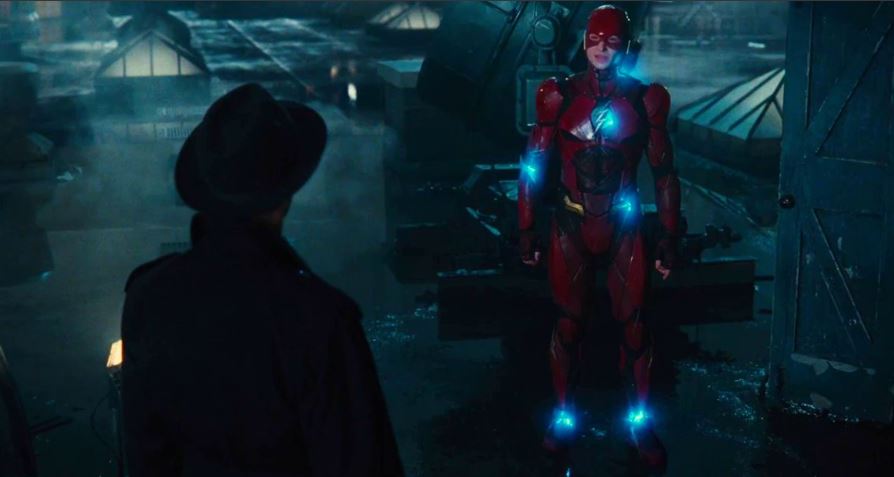 In Justice League, Flash’s lightning appears seconds before he even begins to move. They are strategically placed on his chest for its increased rate, ankles which are about to turn and move, elbows that are going to swing and fold, and torso hips that’s about to bend. 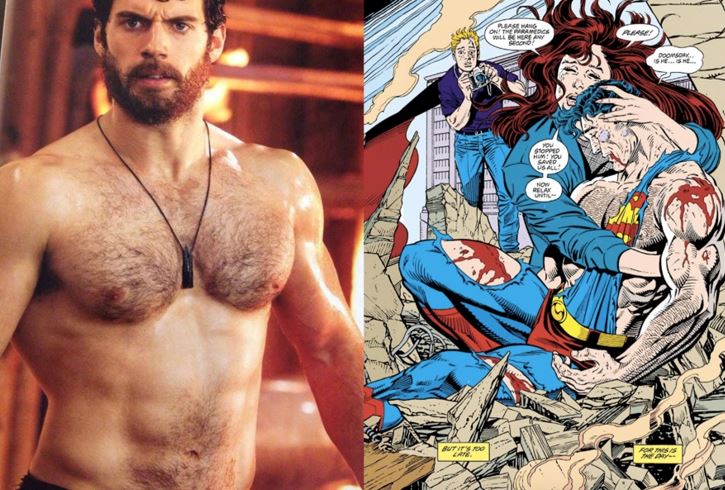 Recall any shirtless hero especially superheroes in movies, be it Captain America or Thor, all of them had clean chest and abs glistening with muscles. Henry Cavill was also asked to shave his upper body before his shirtless take but the actor refused to do so because he knew Superman better than others on the set. He remembered that Superman had chest hair from the comic book “Death of Superman”. 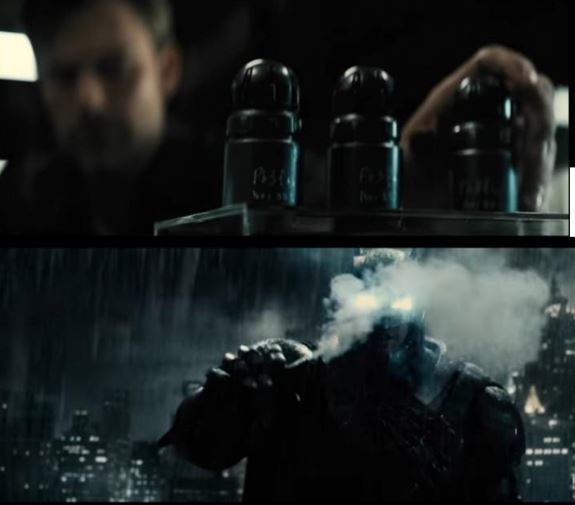 Batman was a fighter who solely depended on strength. The reason he is intimidating is because of his genius and strategic mind. Before going one-on-one with Superman, Batman studied his opponent’s strengths and weaknesses and used them to his advantage. Before the fight, we could see Batman’s smoke grenades read “Pb” which is lead. He used it during the fight fully aware that Superman’s X-ray vision could see through anything except lead.

Did you spot the red telephone image popping up on the security guard’s phone when he called Batman? It was reference to the Batman show of the ‘60s where Commissioner Gordon used the same telephone to call Batman.

When the infrared camera that measures temperature without any contact was used in Suicide Squad, only El Diablo’s head was the brightest yellow. It indicated that his head was the hottest than the rest.

Harley Quinn’s costume in “Birds of Prey” had several hidden messages, such as Bruce’s name for her hyena and more. But you can refer to that in our separate list on DCEU costumes. On the other hand, her baseball bat in “Suicide Squad” paid homage to Batman: The Animated Series. The bat had inscribed quotes from her character in the animated series written on it. 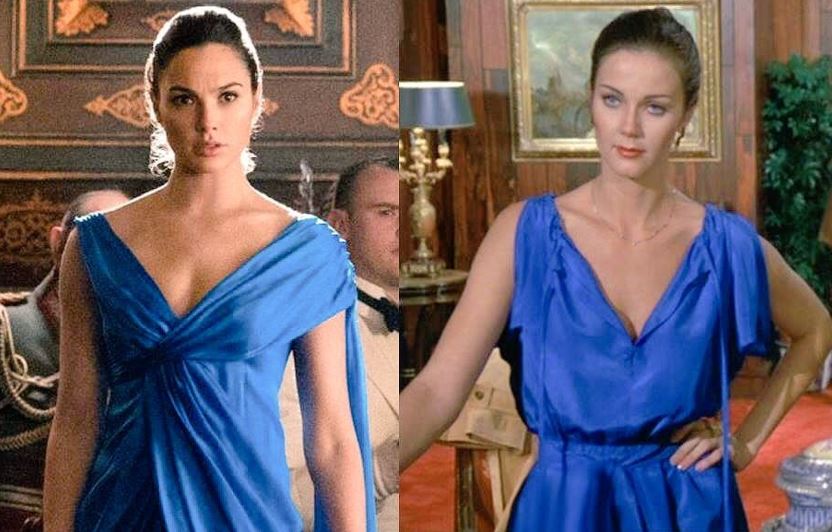 The wardrobe of “Wonder Woman” character had a hidden message and reason behind them. Diana’s blue dress at the party was a reference to the 1975 Wonder Woman series where the titular character wore a similar blue dress. Whereas Steve Trevor’s outfit was visibly too fight for him, indicating that he was a spy who was wearing someone else’ tailored wardrobe. 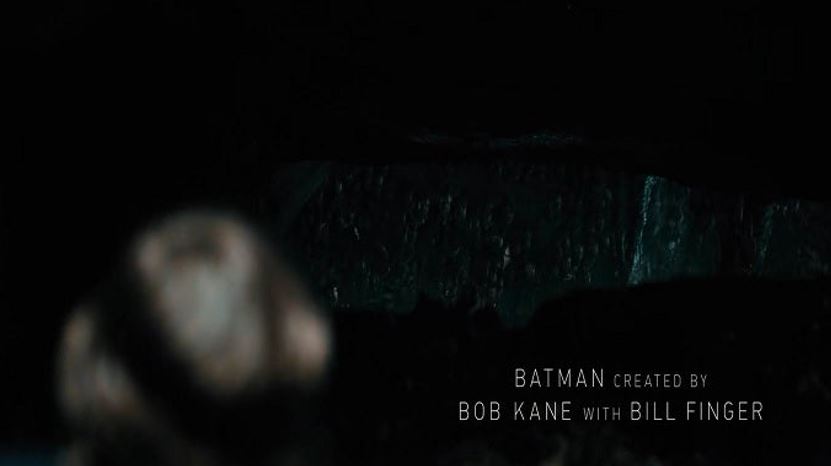 We are no strangers to fight and issues over rights to the comic characters. Batman V Superman: Dawn of Justice addressed one of the most controversial wars on credits and rights. For years, the sole legal owner and creator of Batman was Bob Kane. But the film gave credits to the co-creator, Bill Finger who deserved to be recognized for creating Joker, Gordon, Bruce Wayne, Gotham, Batcave, and Robin. 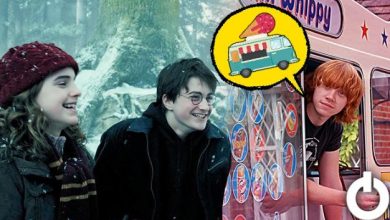