While companies spend a truckload of money on marketing their products, celebrities only have to discard a chewing-gum to make millions of dollars. These celebrities have earned so much popularity that they can spend the rest of their lives sneezing into tissues and selling them for a fortune. Diehard fans don’t see a price tag when it comes to their favorite stars. They are ready to step outside their budget for items that the celebs have sneezed on, chewed, or touched. We have listed some bizarre celebrity belongings that fans bought for exorbitant amounts. Here are the 12 weirdest celebrity items that were sold at auctions. 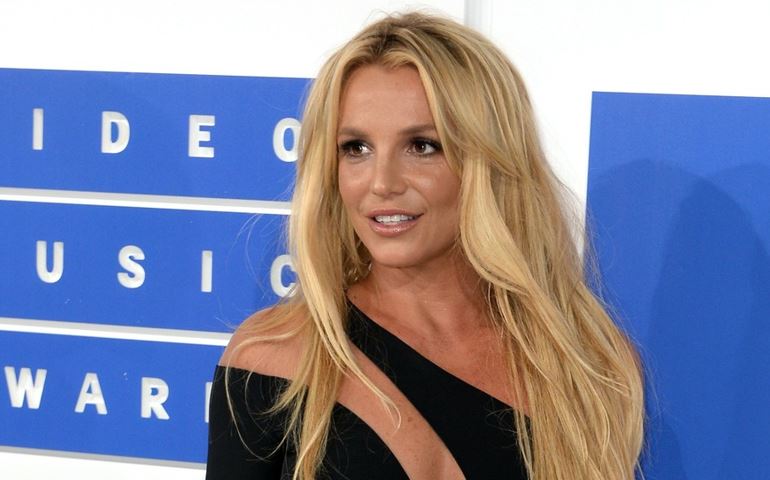 Back when we didn’t sanitize surfaces that came in contact with others, diehard fans were willing to pay anything for items that Britney touched or peed on. A piece of chewing gum discarded by the pop princess Britney was put for auction on eBay. Later, the pregnancy test stick used by Britney at a hotel room was raised for a charity event. It was able to make $5,001 which was sent to a cancer foundation for children and to an organization for children with disabilities.

During the singer/actor’s days with the N*Sync, a fan had grabbed Justin’s half-eaten toast and managed to sell it on eBay for $1,025. He had preserved the toast by freezing it and later wrapping it in plastic. 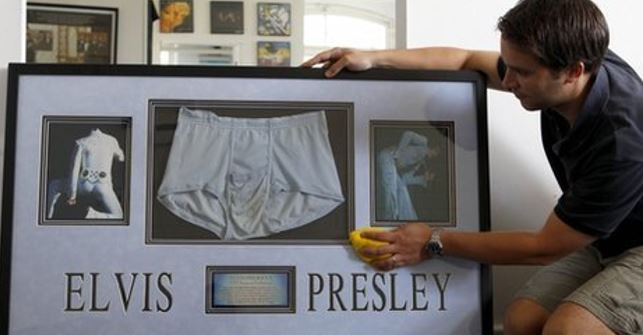 Did you just cringe at the stains on this piece of underwear? Well, this stained pair of briefs was bought by a diehard fan for $8,000. It belonged to the legend Elvis Presley who wore it with his iconic white outfits. We wonder if oil well owners spend this much even on their fresh piece of innerwear. But again, the heart wants what it wants.

The teacup in which Lady Gaga had tea at a press conference in Japan was later sold for $75,137.50 at a charity auction. The bidder happily bought it along with the saucer since it had marks from Lady Gaga’s lipstick. Money raised from the auction was used for artists affected from the earthquake and tsunami that hit Japan in 2011. 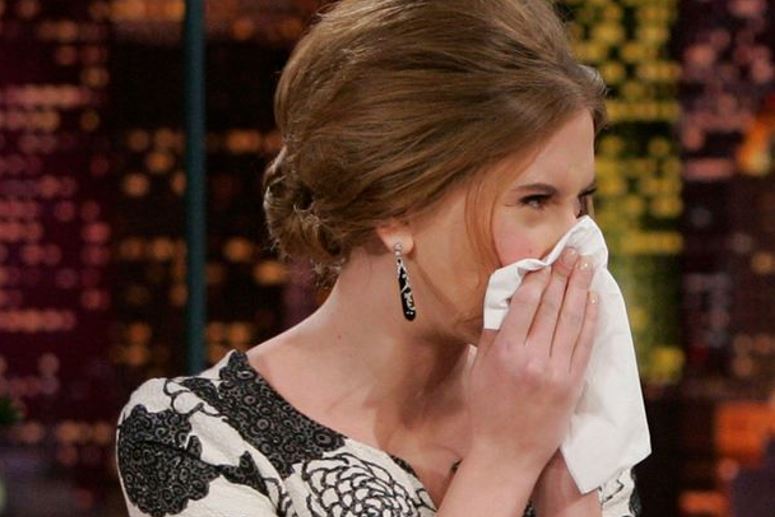 We possibly can’t imagine someone using someone else’s contaminated tissue paper on purpose in 2020. But back in 2008, the tissue Scarlett blew her nose into on ‘The Tonight Show with Jay Leno’ was sold for $5,300 on eBay. About 80 people had shown interest for Scarlett’s mucus and the money raised from it from sent to USA Harvest. 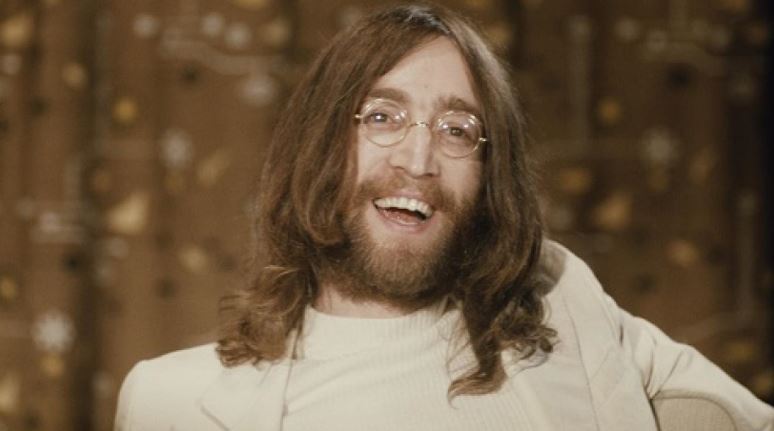 If fans can purchase expensive merchandise of Beatles, then what will they do for something that belonged to the legend John Lennon? The iconic musician’s molars were sold at an auction for $31,200 in 2011. The bidder also happens to be dentist. No wonder he bought them to flaunt at his clinic. 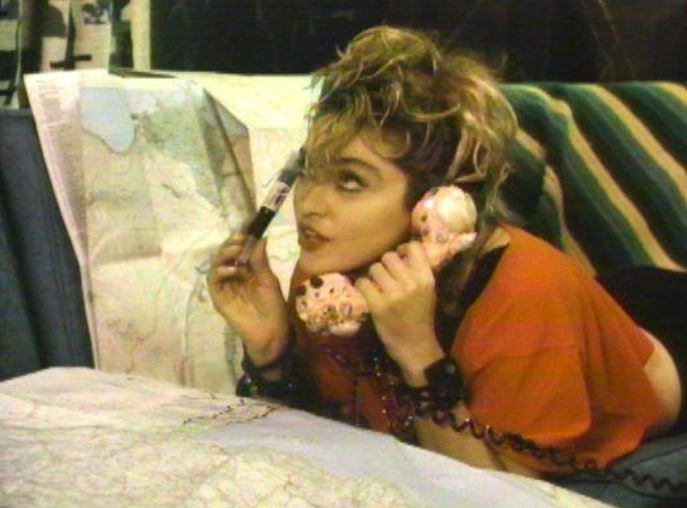 Little did Madonna know that the cheeky voice messages she was leaving for her boyfriend back in the 1990s would end up in action. The private answering machine tapes and the love letters made about $25k and $3K, respectively.

When Russell Crowe kept an auction of his own belongings in the event of his divorce, many interesting items had surfaced. The place was flooded with interested parties who splurged cash on his paintings, costumes, and props from his films, etc. One of the valuables that he put on sale was a jockstrap from ‘Cinderella Man’. It ended up making $6,500. 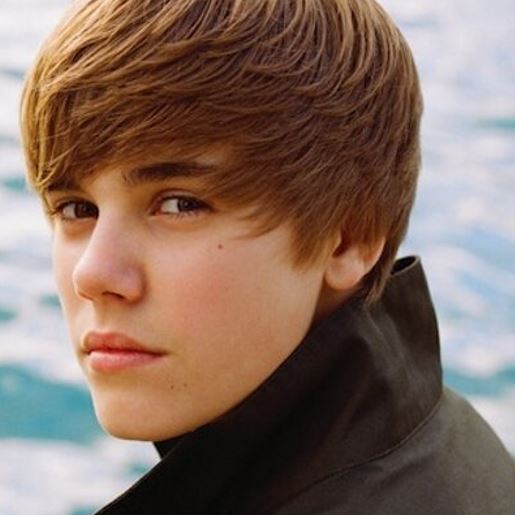 Animal rights activists were grateful for Justin Bieber’s shiny lock of hair. Back in the days when Bieber started the fashion of a side-swept hairstyle, a lock of his hair had attracted plenty of bidders. It was finally sold for $40,000 at an auction for Gentle Barn Foundation, an animal rescue shelter. 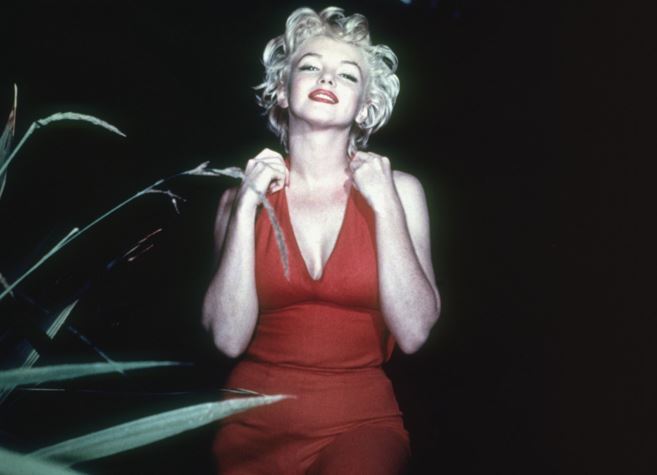 It’s one thing to splurge fortunes on the iconic beauty, Marilyn Monroe’s dresses, makeup, and pictures, but another to spend a serious amount of money on her X-Ray. The x-rays were taken during her time at the hospital for the surgery of endometriosis. They were later sold for $45,000 in an auction. 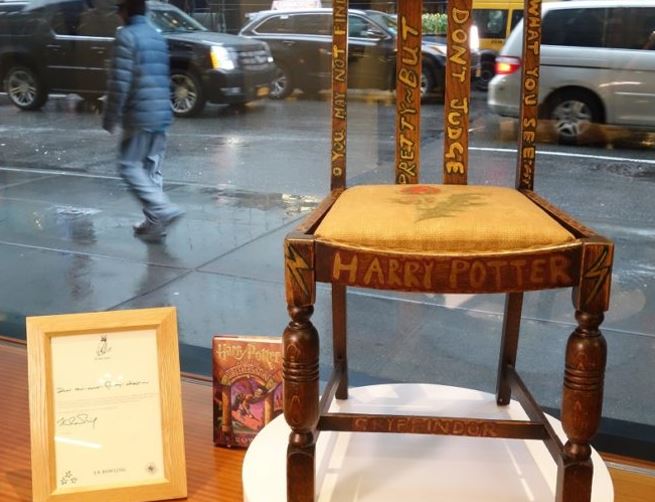 There are many arguments over where J.K. Rowling wrote the adventures on Harry Potter. Many cafes and trains claim that spot. But one of the valuables that fans can be sure of is this chair. She spent nights in her apartment on this piece of the chair while writing the legendary book. It was later sold to a Potterhead for $394,000.

One can find the kidney stones of the iconic Captain James T. Kirk of Star Trek at an online casino, Goldenapalce.com that is known for collecting the most bizarre valuables. Actor William Shatner sold his kidney stone to them for $25,000 and raised the money for a charity, Habitat for Humanity. 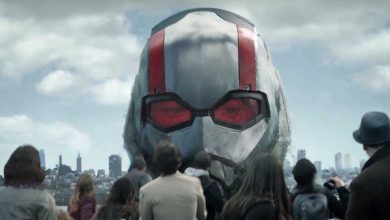 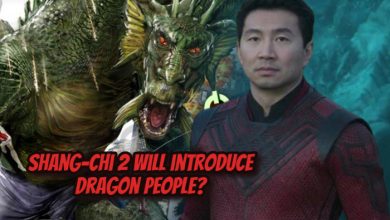