As a universe that houses so many superheroes and supervillains locked down in an epic struggle of supremacy, Marvel Comics has come a long way since they revolutionized the concept of superheroes. The Multi-Verse, a collection of an infinite number of universes, houses so many Earths with each Earth having a different origin story. The mainstream Earth, i.e. the one we see most of the time in the comic books, has recently been revealed to have a horrible past. It is so terrifying an origin story that it sounds absolutely disgusting. 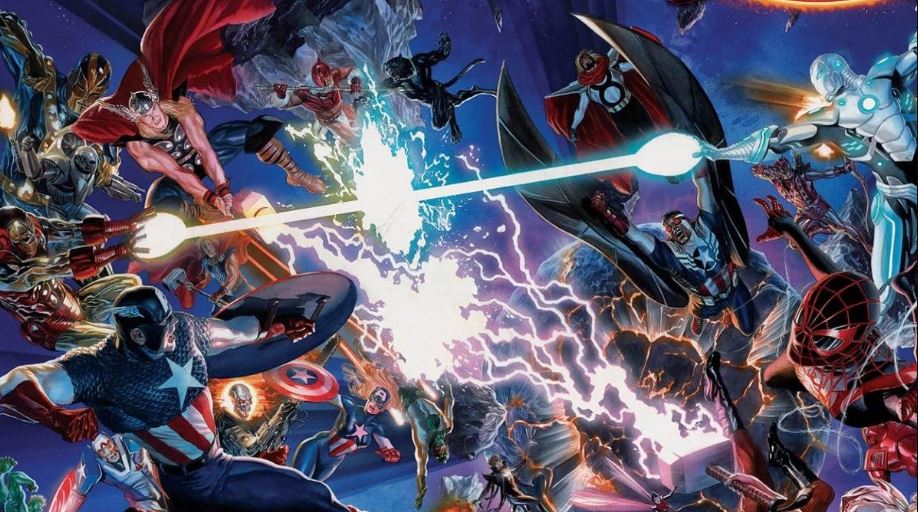 SPOILER ALERT: Major Spoilers for Avengers #26 up ahead. Enter at your own risk…

Ever wondered how superheroes and supervillains came into existence? How did people end up with superpowers? Why is it so common for someone to achieve human transcendence in the Marvel Universe?? And why is it that Earth has the most superhumans and many of them are extremely powerful compared to the rest of the Universe??? There must be a solid reason behind it. The secret has finally been revealed and trusts us, folks, it will not sound good to you. 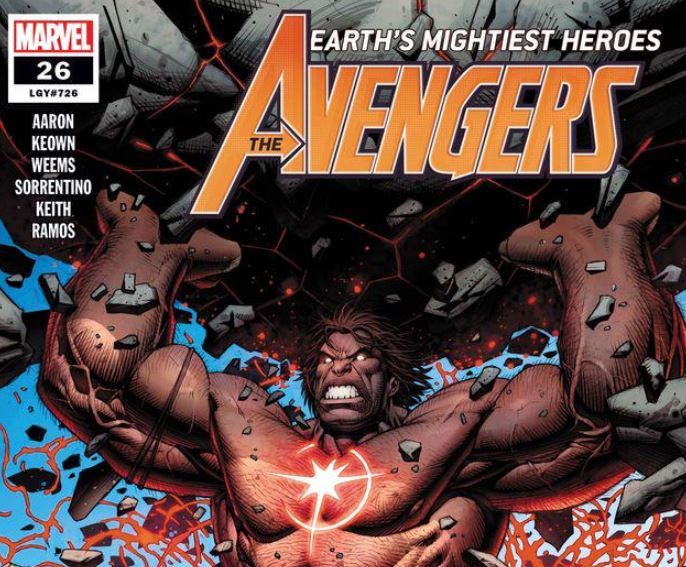 Jason Aaron’s Avengers run has brought us to the 26th issue of the Avengers. We already know how the Earth was formed. It was a rogue Celestial that wanted to destroy creation and begin the Cosmos anew that created Earth by a fluke. That’s right folks. Earth was created as the by-product of an accident. It was completely unintentional. That fact was revealed to us during the adventures of the Avengers of 1 Million BC. In Avengers #5, Loki – the Norse God of Mischief and Evil, claims that Earth was nothing but a ball of “molten mud” during its early years. The secret as to why the planet houses so many superhumans are revealed next by the Asgardian Trickster. He says and we quote: 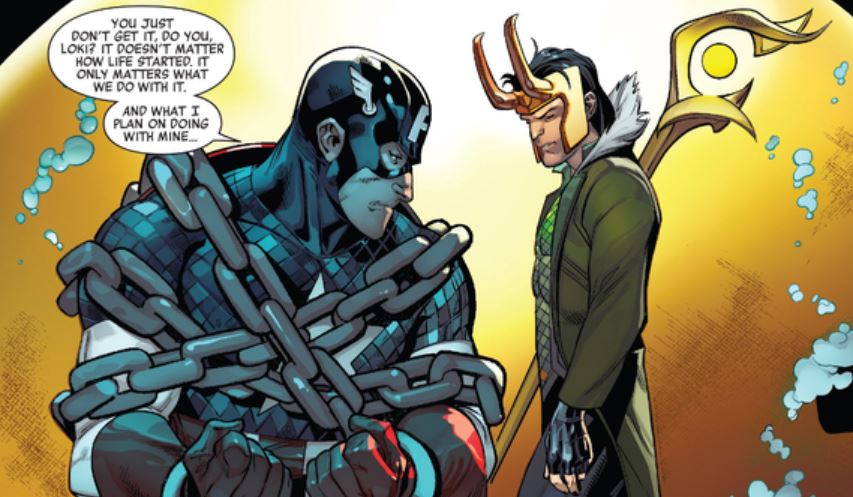 It came merely because it fell. It fell… because it was dying. Turns out even an omnipotent space god gets sick now and again. And this one had just come down with quite the nasty infection… The first of its kind to ever become diseased. Patient Zero. It fell through space for many years before it landed. Landed in the muck of Earth. Where it vomited and bled and wept radioactive tears. And then slumped over and died. That sickness seeped into the Earth, percolating through the shifting seas of primordial rock and lava. Along with the blood and rotting flesh of a nigh omnipotent Alpha Celestial… The Progenitor. The origin of the world as you know it. The god who died so that you might live. 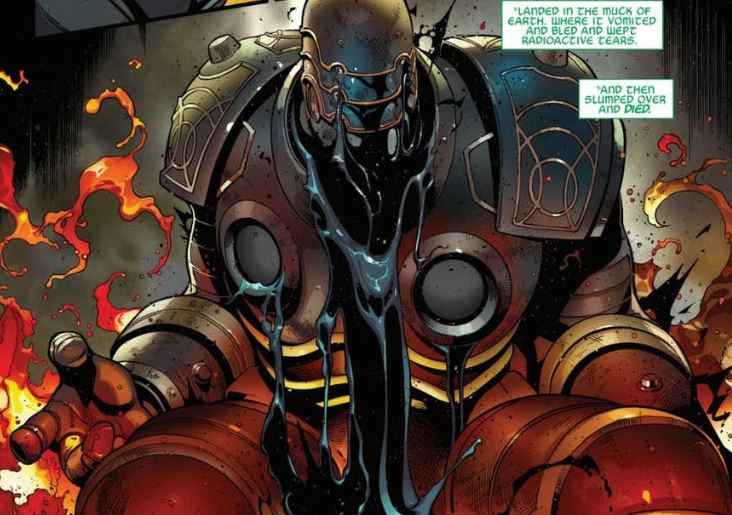 By ‘It’, Loki means the Celestial. The explanation can be summed up in a sentence – the Marvel Mainstream Earth is the result of a diseased Celestial’s regurgitated goo. The comic energy his rotting corpse expelled after he died was what created superhumans in the first place. So basically, the entire superhero population of Earth is like maggots that thrived upon the rotten meat of a sick Cosmic God. The revelation that the Earth’s Mightiest Heroes are actually the children born out of the puss and slime coming out of a Giant Celestial’s numerous orifices seeping into the planet may be enough to break the Avengers morale. Seconding this fact is that Earth’s first super-powered entity was actually a Dinosaur. Yes, even Dinosaurs were once superheroes. There is nothing special about humans after all.