Marvel decided to venture into the depths of the gaming community by partnering up with one of the most successful developers in the market, Square Enix. The Avengers’ game came out before it was ready and suffered from negative reviews. But now the studio is trying to make amends by giving us a game based on the Guardians. The new Guardians of the Galaxy launch trailer focuses on its epic gameplay. Take a look for yourself, we have embedded the video down below for your convenience.

The Guardians of the Galaxy have become pop icons because of the MCU. Both Guardians Of The Galaxy Vol.1 and Vol. 2 showed us a new style of moviemaking. The movies had a flair to them because of James Gunn’s odd vision. He created an inconsequential tone for the movie. This was the first time that Marvel cemented their formulae for an origin story (after Iron Man, of course) and we are going to receive a game that is almost in the same spot. 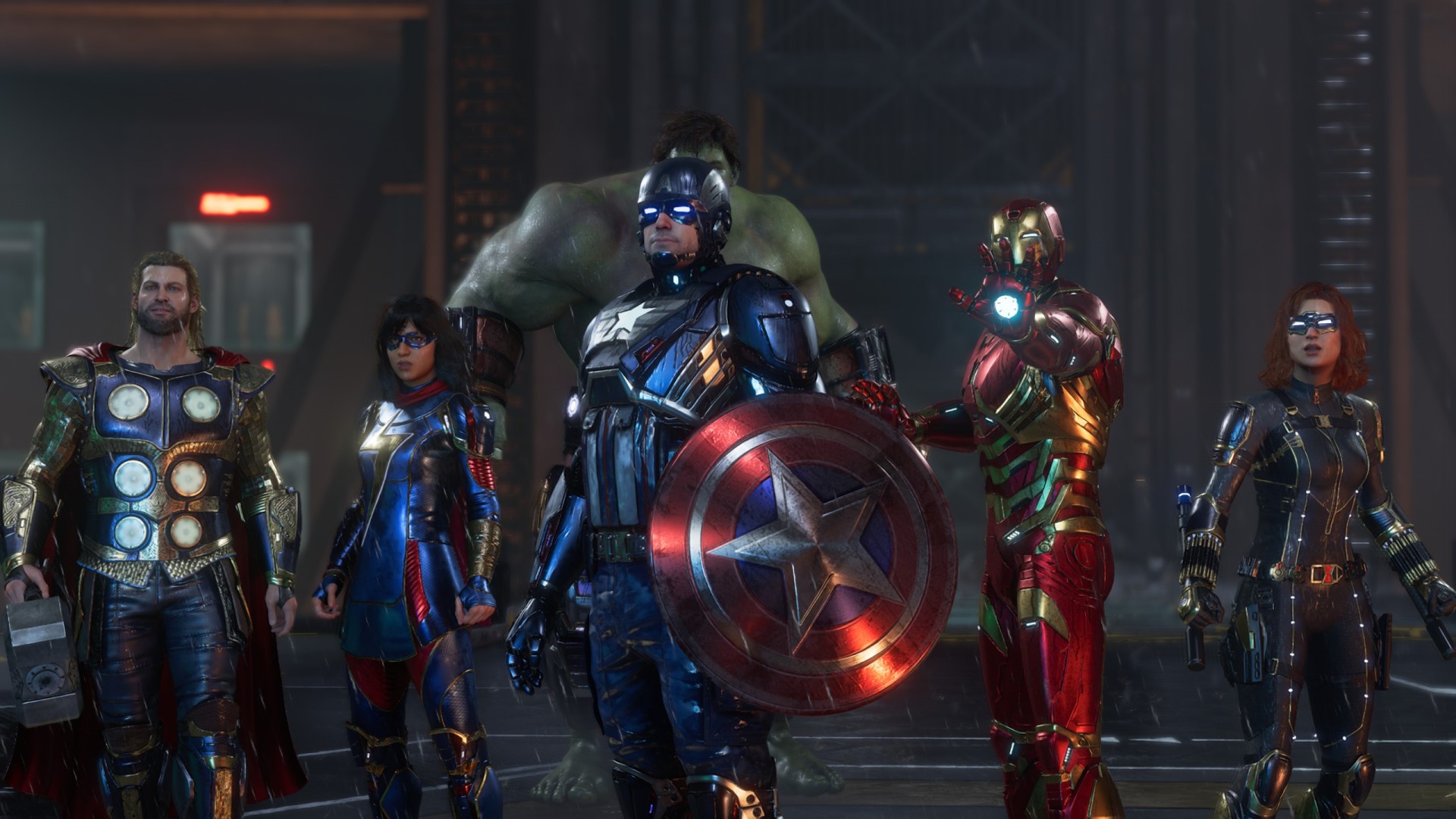 The Avengers game did a little less than okay, but the Guardians game is really getting a lot of traction. It seems that Marvel has learned from their mistakes and chosen to take a little longer to iron out the bugs. Marvel is trying to create standalone properties out of things that they already know to work. It has been previously revealed that Marvel’s Avengers and Guardians Of The Galaxy will be set in separate universes. But the interesting part is that the new launch trailer makes us realize that this might not be such a bad thing.

The new Guardians of the Galaxy launch trailer is more focused on the gameplay. We have previously received snippets from the game and most of them have been cinematics or exploring the open world. This launch trailer, on the other hand, turns its focus on the combat. The game would only have one playable character which will be Peter Quill aka Star-Lord. However, each encounter or battle will be fought in teams. The way this works is that all the other members of the Guardians are AI-controlled. 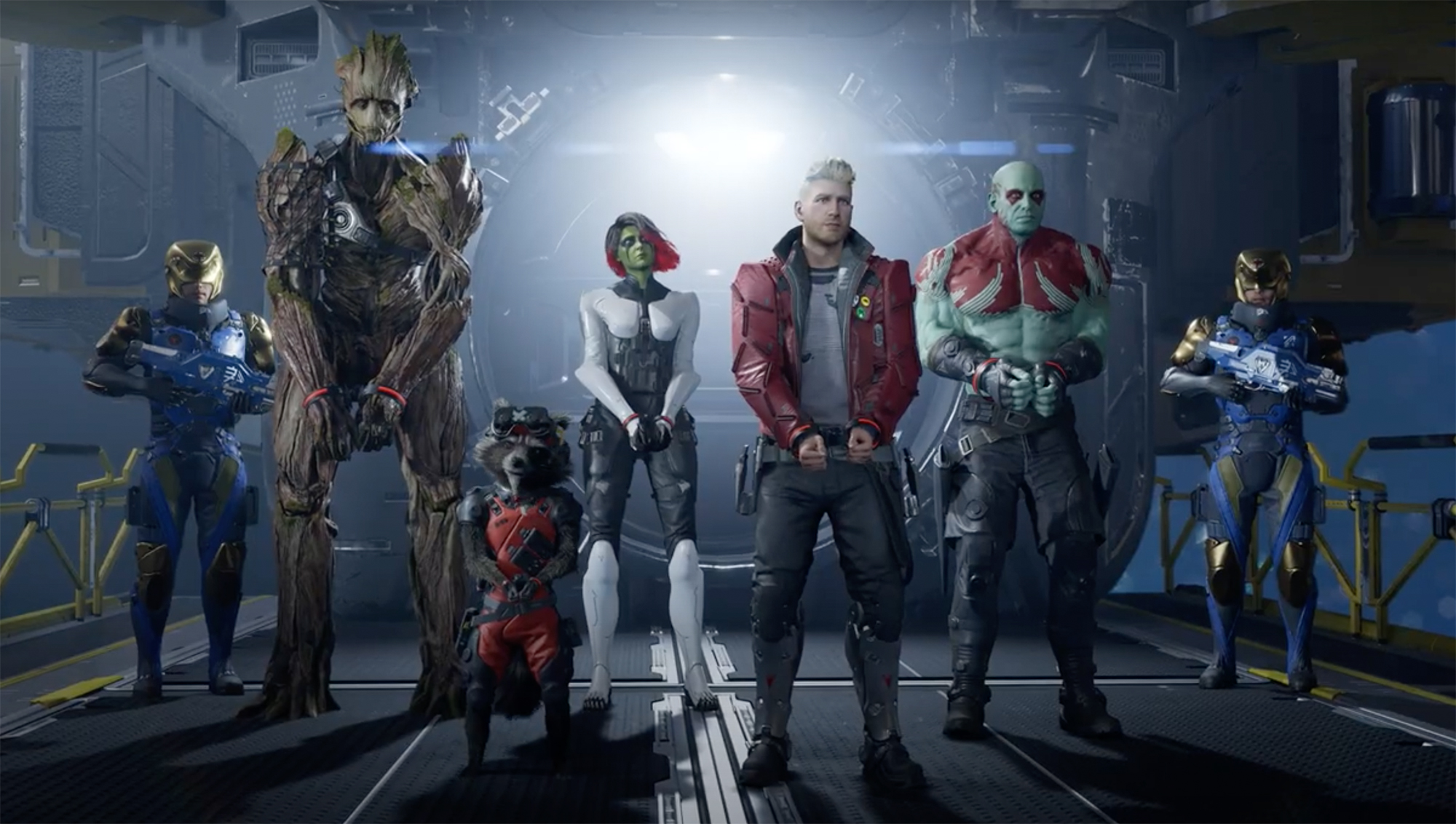 But the player can still give them directions through the in-game HUD. This allows for unreal combos and an opportunity for a lot of teamwork. The new trailer fully showcases this part of the combat system and it also gives each member their time to shine. As we can see all the members of the team have their own special moves. It is all very formulaic for Square Enix who feel right at home creating another game with a party system. 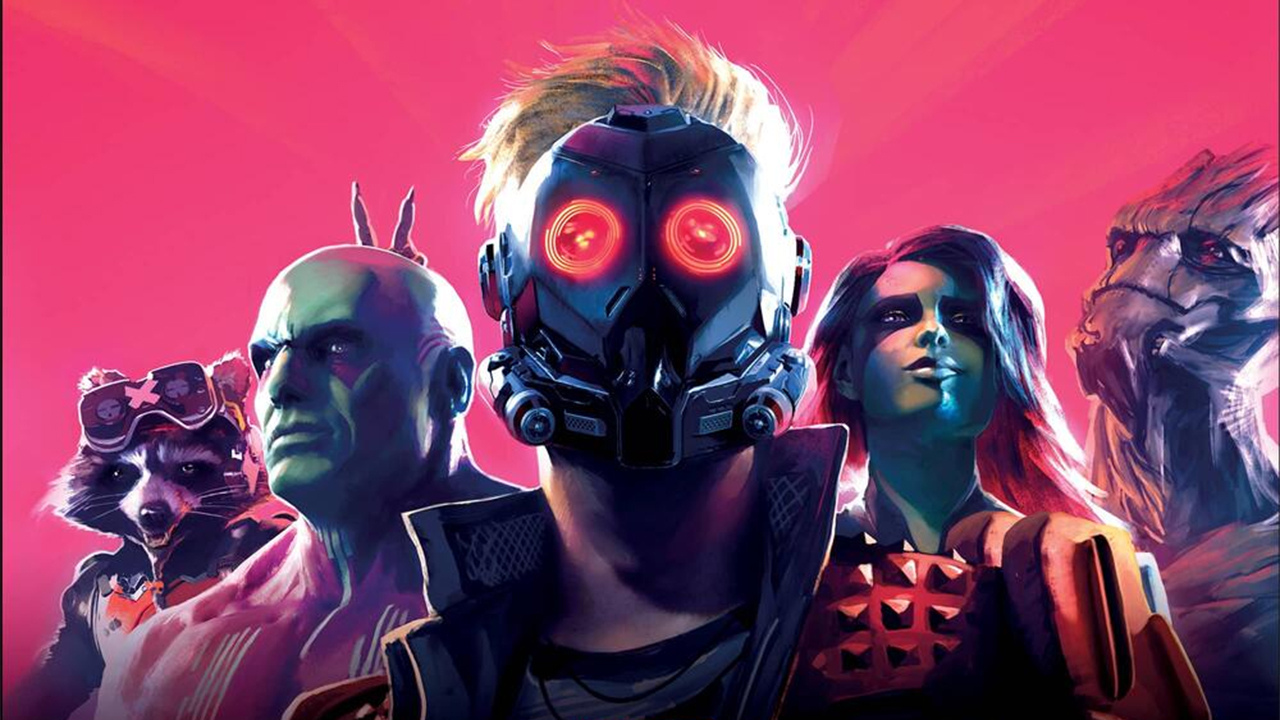 Regardless, the Launch trailer also introduces a new character that was previously unseen. A Cadet from the Nova Corps named Gold. We are unsure of the role she will play in the game but her inclusion in the trailer implies that there might be more to her than meets the eye. We see that the trailer has been set to Motley Crue’s Kickstart my heart which is very on-brand for the Guardians of the Galaxy. It is also prudent to mention that Lady Hellbender makes an appearance in the trailer along with numerous other characters in blink-and-you-will-miss-it snippets.

The New Game will be Rad 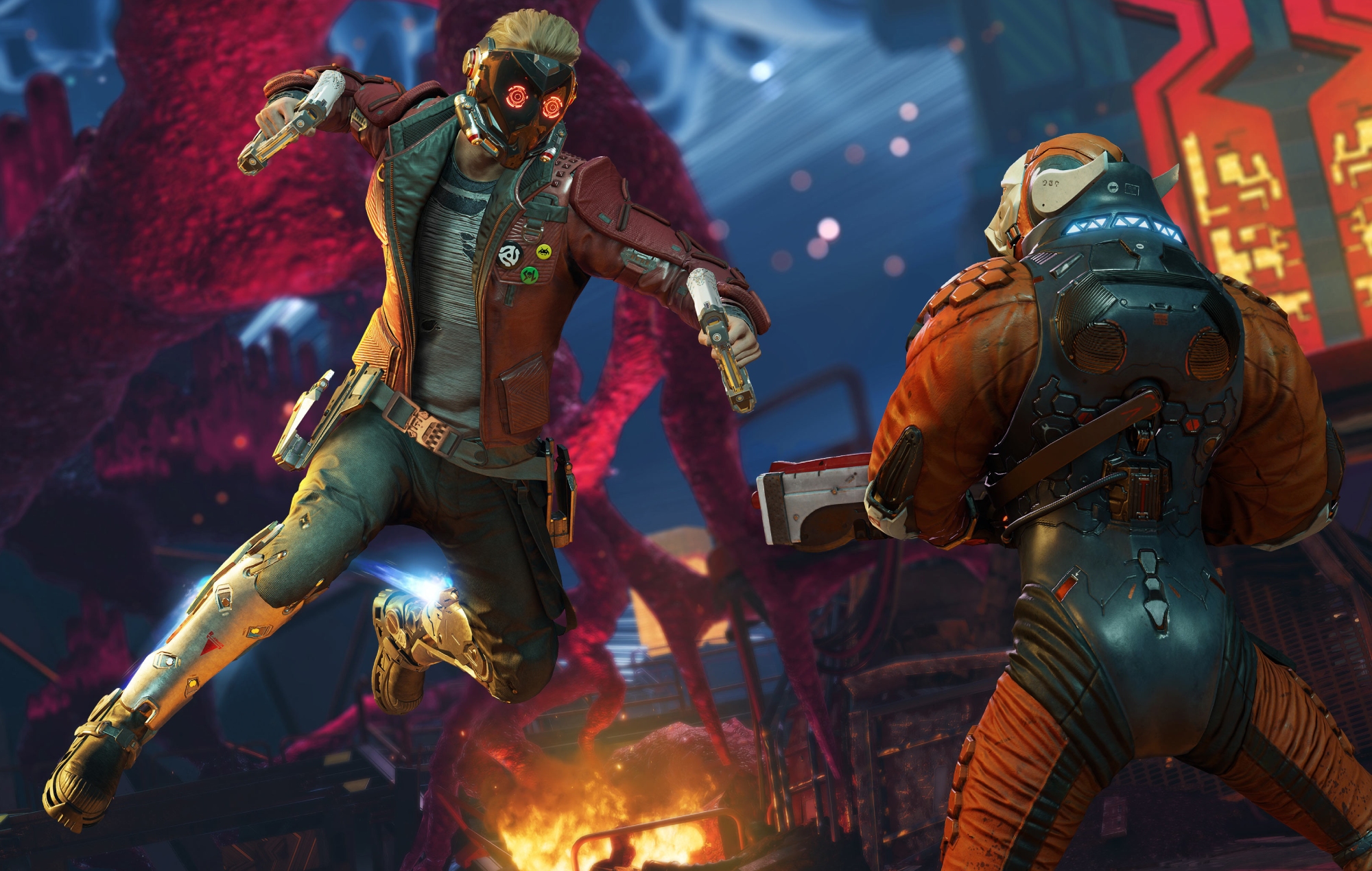 From previous trailers, we have come to find out that the Guardians are trying to make ends meet. We see that their ship is repossessed by the Nova Corps for defaulting on challans. This might be the reason why the Group is forced to sell Groot to Lady Hellbender. It will be interesting to use these characters in combat. Marvel also showcases their unlimited cosmetic customization options in the new Guardians of the Galaxy launch trailer. It seems that this will be the same system we saw in Marvel’s Avengers.

So this means that microtransactions and loot boxes will be making a comeback to the gaming series. How we wish that we get a new game without microtransactions that seem to be plaguing every game around us. Alas! a gamer cannot get everything they wish for. We think that the game will be a blast to play in single-player, we just hope that the campaign is a bit longer than the previous game. Let us know what you think in the comments below and keep watching this space for everything Marvel, DC, and Hollywood. 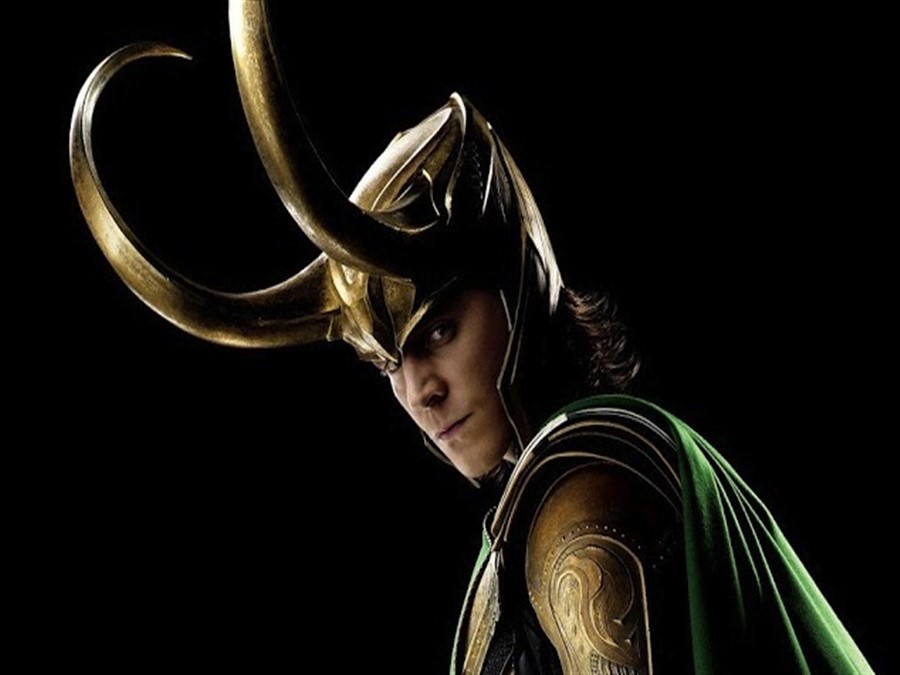 5 Most Remarkable Villains in Hollywood 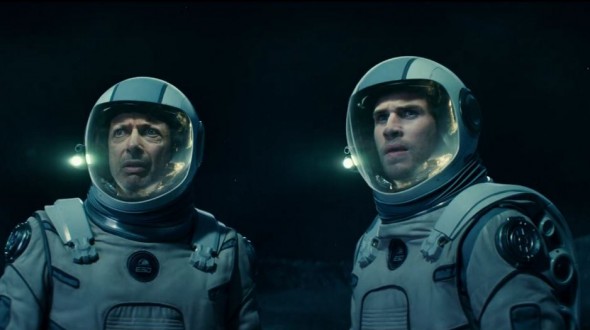