The Fast & Furious movies have proven to be a massive success amongst the fans. The critical response to the movies has also faired well over time. These movies are more popular for their absolute crazy stunts and ideas that bend the laws of physics to absolute new places. This is followed by characters going and coming back according to the will of the plot. While people try to complain regarding the science behind the movie, Roman, played by Tyrese Gibson, is the only character who speaks for us. Let’s see the situations where Roman was smarter than the other members of the team. Oh, I mean other members of the Family!!! 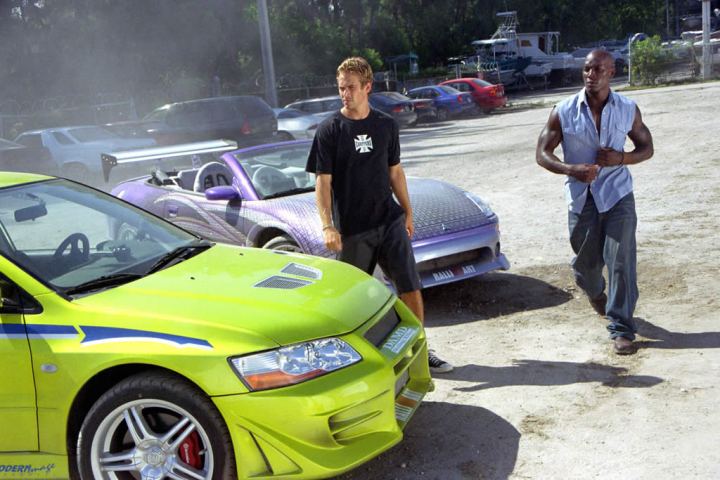 Roman always nailed the humor with his antics and yet got away with a lot of things from right in front of the eyes of the authorities. His comedy did show a strong effect from the very effects. Back in 2 Fast 2 Furious, he had to go for an undercover job with Brian for the FBI and he had to take a lot of heat for that. So much so that he figured that he might as well take some of the laundered money. Somehow it does make sense considering the FBI job would have put them to jail. In the very end, we find that Agen Markham is aware of it and he lets it pass without taking serious action.

Sky Diving in a Car? 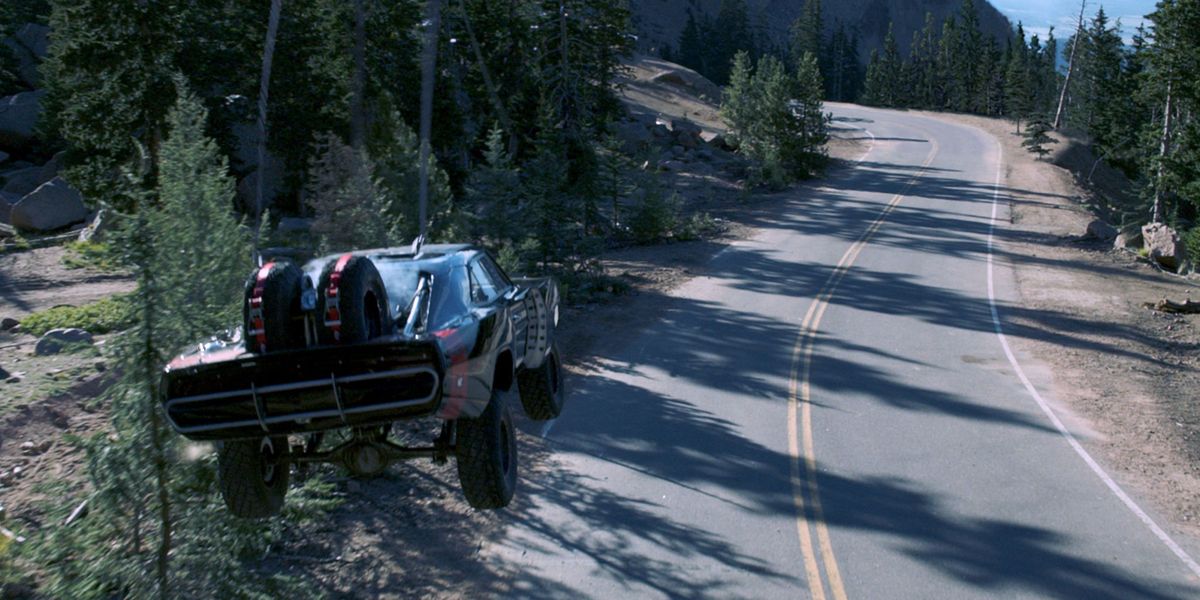 The essential times that Rome points out that whatever they were gonna do next was not gonna make any sense at all helped us connect to him. One of the biggest examples of this being his questioning of sky diving using a car from Furious 7. He clearly pointed out that they could all die, getting crushed in their very cars. He almost backs out of this but Tej bullies him into doing it.

Fast Five was the one movie in the franchise that brought together most of the characters from all the previous movies. Dom explains the entire revenge scheme to the rest of the team and Rome is the first one to back out saying that they should go for the “business, not personal” approach. This is very logical considering often otherwise it puts the entire mission into jeopardy. Later, Dom convinces him by letting him know what they would be getting away with, $100 million. 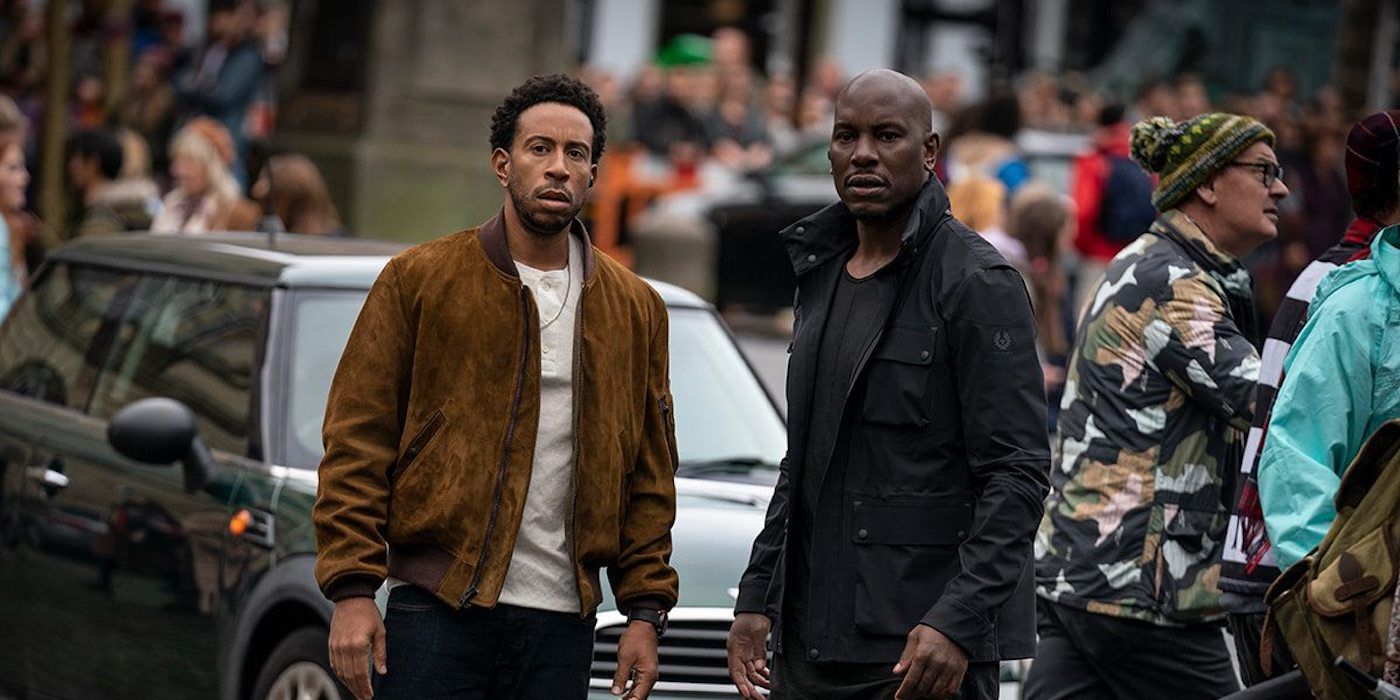 F9 is the last movie to come out in the franchise and one of the most interesting and at the same time a funny bit in the movie is Rome questioning all their decisions and how they were all still alive. It’s a very fourth-wall-breaking part of the movie.

Is it Really Silly? 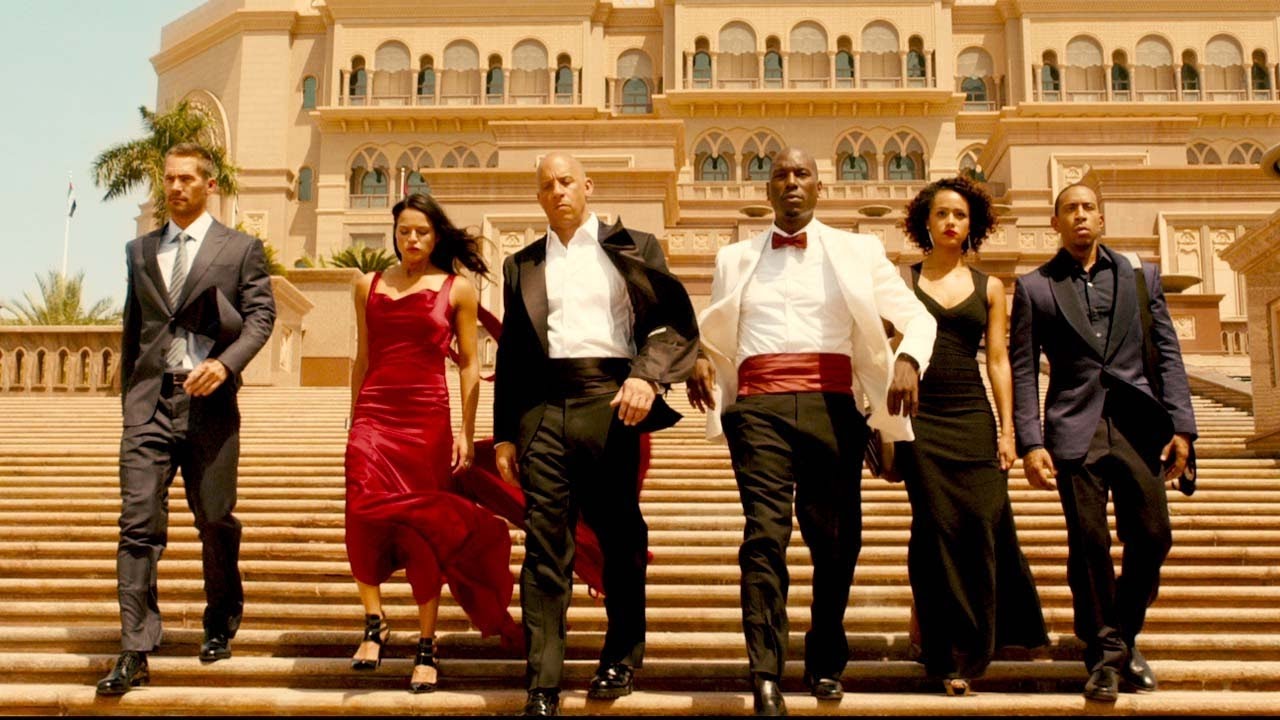 Furious 7 is filled with one of the most out-of-the-world sequences as a car crashes through skyscrapers. This is also the same moment that we get to see Rome attempting his schtick of getting the attention of people. He looks at Ramsey who conveys him to, “Do whatever it is you do”. Rome takes the stage and pretends the occasion of someone’s birthday. Finally, Tej comes to the rescue and stops Rome from continuing with his routine. 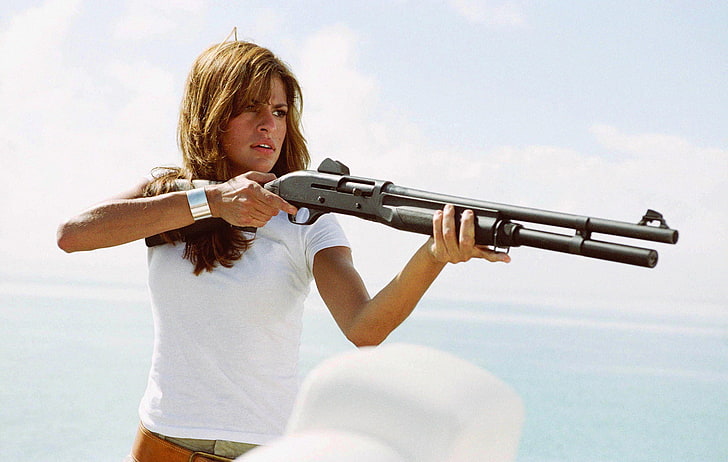 Rome had a strong vibe against Monica Fuentes in 2 Fast 2 Furious from the very beginning. Even though she did save them by the end but throughout the process she did put them in a lot of problems. Rome also did worry about Brian’s obsession with her. This might have just been because of the problems that they had to face because of Brian’s obsessions with women in the past. 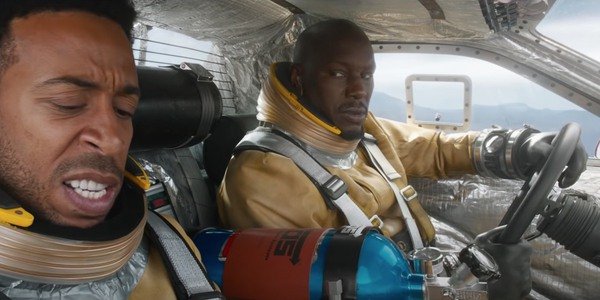 One of the most stupendous moves in the movie, that should not even exist and yet somehow the crew pulls it off. But the bigger thing behind it is that Roman was the one to suggest it. Even though Rome realizes that it was not a good idea considering he might have to be the one to execute along with Tej.

This is one such moment we figure that Rome actually has the brains required to be a part of the team while also being the comic relief. He suggests the plan for Ramsey’s rescue. The team has often had terrible plans and as a matter of twist, this is one of the better plans. 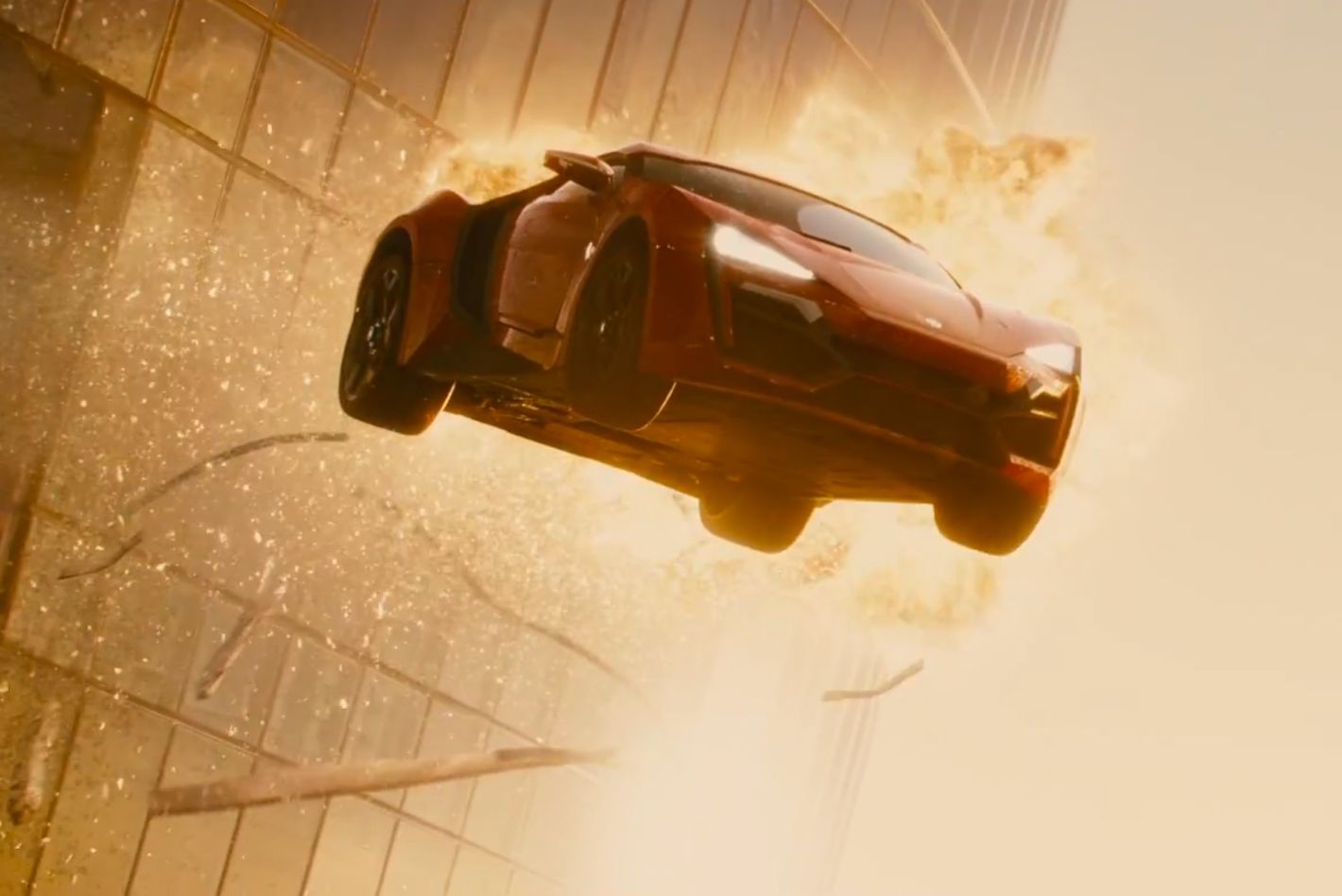 Even though they might not look the part but Tej and Rome are amongst the best BFF duos in the movie. Their chemistry is kept up by the strange realizations of Rome and how Tej bullies him based on those. He made everyone realize in Fast & Furious 6 that things were getting way out of hand because of the scale of the stunts. Everyone laughs at him but it’s a surprise considering he is actually making sense here. 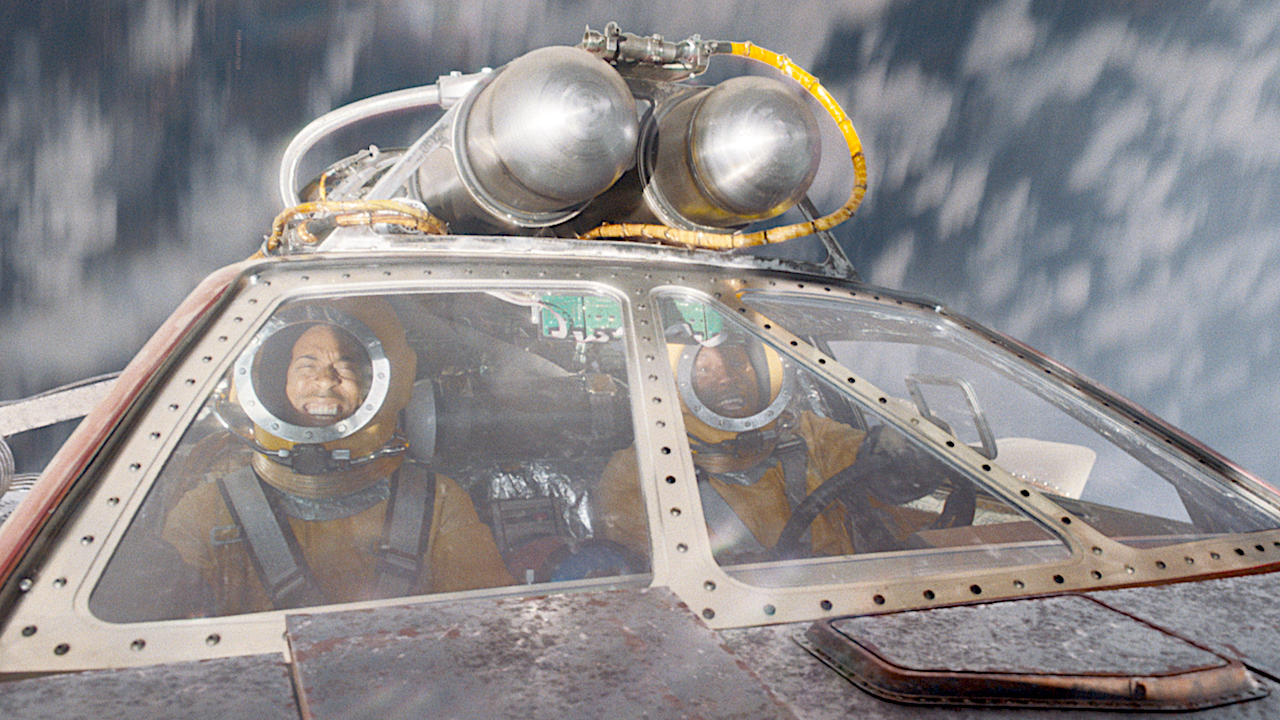 The comedic duo gets to keep their chemistry in F9 too. With things getting absolutely out of control as they realize they are out of time while gliding through space, Rome handles himself and takes the decision to make a speech and go on a suicide mission by smashing through the satellite. It’s for the greater good as he says. Spoiler alert, they end up surviving it and get back to earth safe and sound by the end.

So now, you might agree with the fact that Roman was Smarter than the other family members. 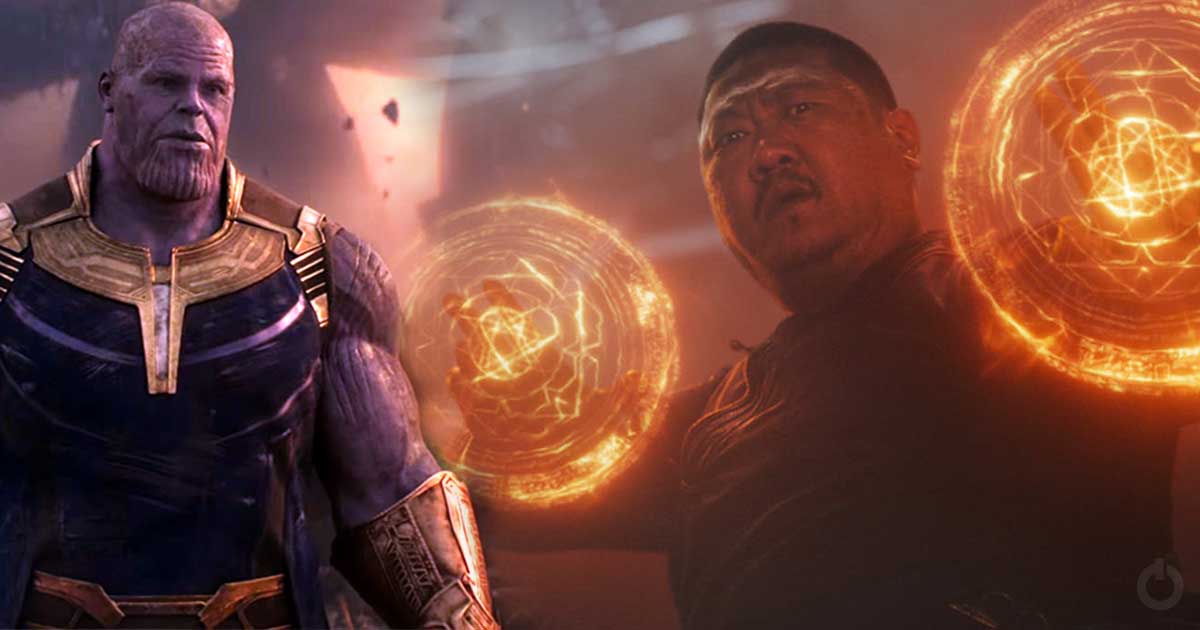 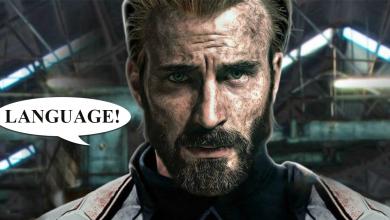 23 Captain America Quotes That Are Way Too Marvel-lous 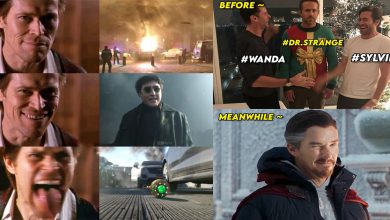 20 Spider-Man: No Way Home Trailer Memes As Amazing As The Footage 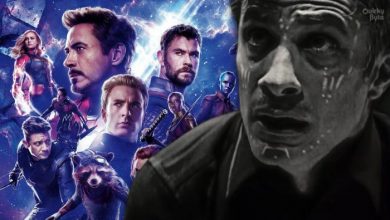