Spider-Man: No Way Home has been the most anticipated movie of 2021. The trailer release of the movie broke the internet. The trailer revealed the return of the Sinister Six from different cinematic universes. Every villain from Sam Raimi’s trilogy and The Amazing Spider-Man duology is going to return for the movie. According to the rumors, all three Spider-Men – Tobey Maguire, Andrew Garfield and Tom Holland are going to team up to take down the Sinister Six. The movie features a special appearance by Doctor Strange. And a new theory suggests that Doctor Strange is the main villain!

Doctor Strange is the Main Villain of NO WAY HOME?! 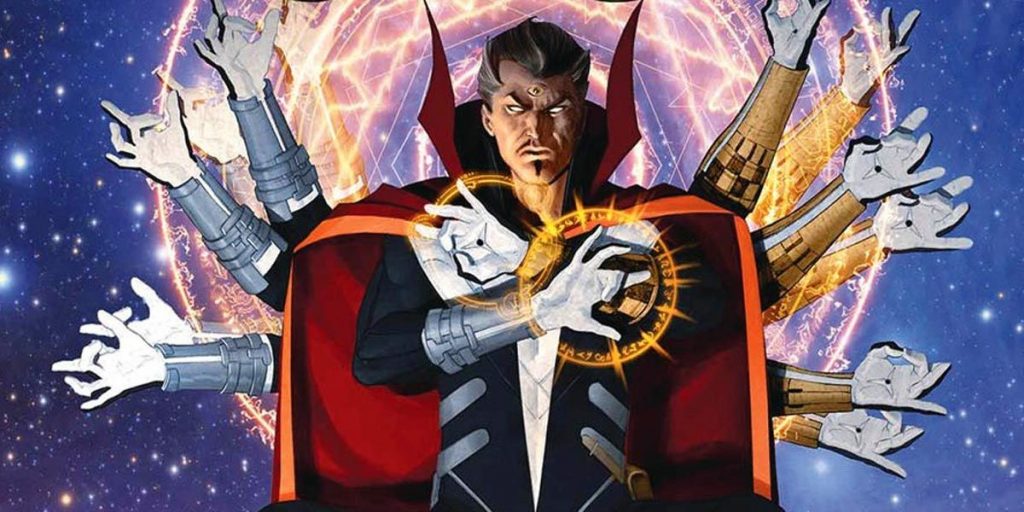 While many people are focussing on the Sinister Six, some people are arguing that Doctor Strange could be the real secret villain of the movie. Or at least a variant of him from the vast multiverse. Sony and Marvel Studios really outdid themselves with the trailer. The trailer, though, featured the return of the Sinister Six, still cleverly hid Tobey and Andrew’s appearance. 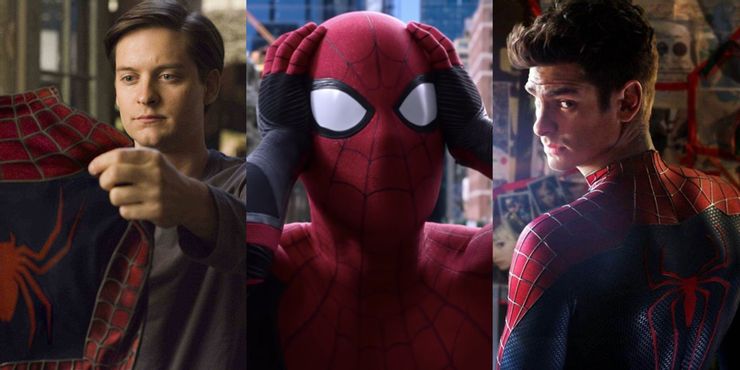 It mainly focussed on how Spider-Man was coping up in a world where everyone knows his true identity and how this revelation affects his friends and family. Then, Peter asks his new friend Doctor Strange to help him out. He agrees to perform the spell, even after Wong warned him of the consequences. But the spell goes awry and instead, opens their world to the multiverse. And now various villains across the vast multiverse have found a way to regroup in the MCU. Now, it’s upon Peter to stop them and send them back to where they came from. 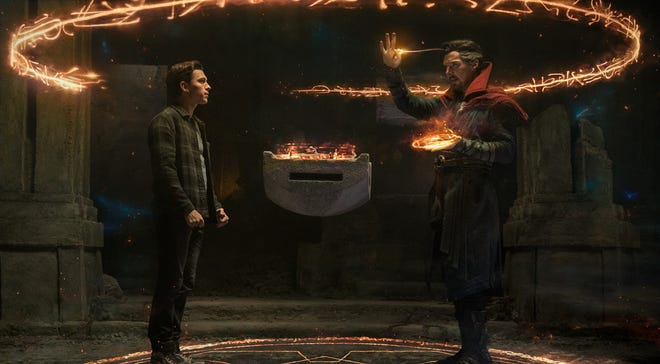 But what’s interesting to note is the fact that the cast of Doctor Strange in the Multiverse of Madness might include Tom Holland too. The movie has three different Multiversal origins and each one of them is more exciting than the other. Wanda tapping into her power, Loki and Sylvie killing He Who Remains at the Citadel at the end of time and now the epic backfiring of Stephen’s complex spell. 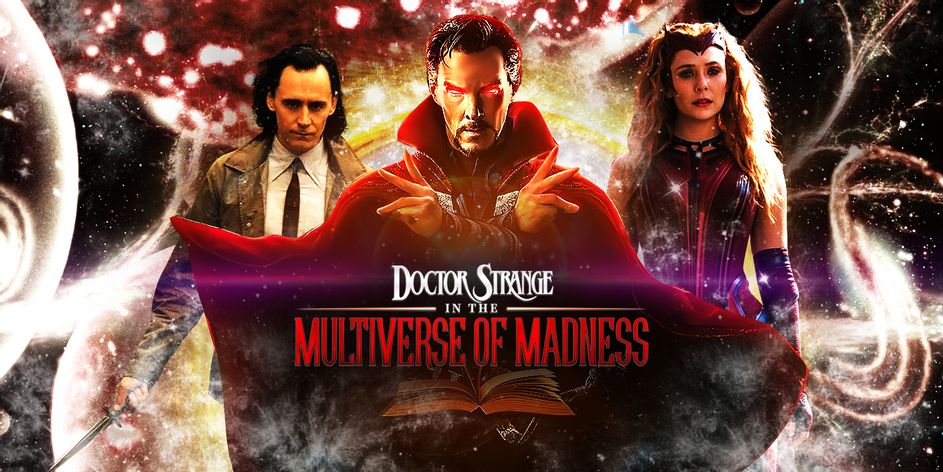 But what really has fans boggled is the fight scene where Peter Parker is betting with Dr Strange. Fans suspect that if he even is the real Stephen Strange or just an evil variant of him. Maybe the Sinister Six and Spider-Men are not the only ones to cross the Multiverse to enter Holland’s universe. But what makes fans suspect this? 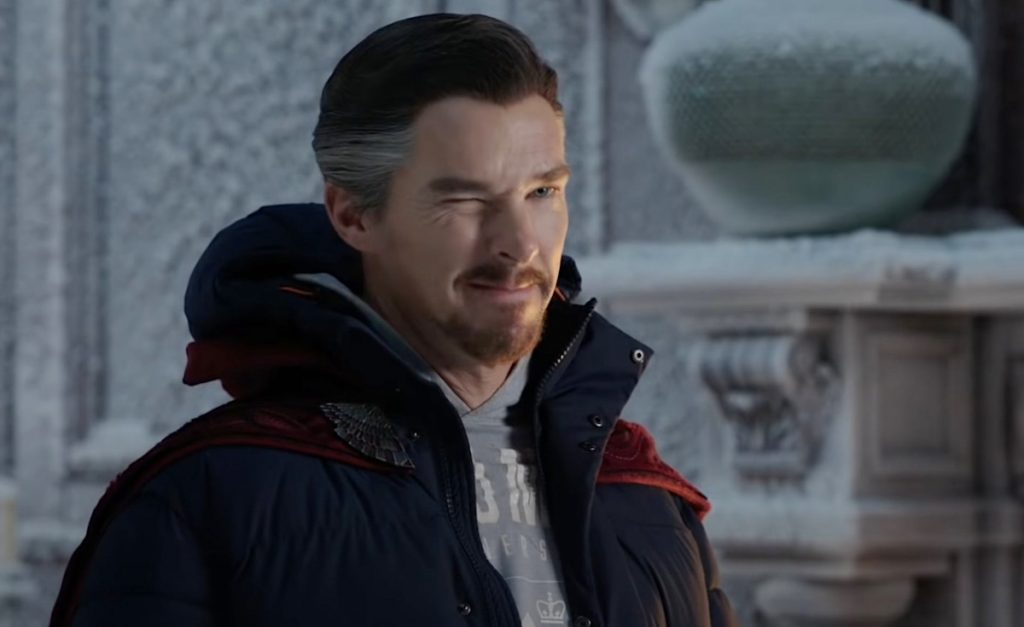 Dr Stephen Strange is known for his ego and his guts to perform even the most complex of spells easily. Although he seems a bit off in the new trailer. Strange agreed to risk the shattering of the space-time continuum to help a teenager’s problem! Considering his pride, this does seem a little beneath his paygrade. Strange is a person who checked fourteen million outcomes of a single battle just to check if they can beat Thanos, so when he decides to help Peter Parker so easily, it raises suspicion. 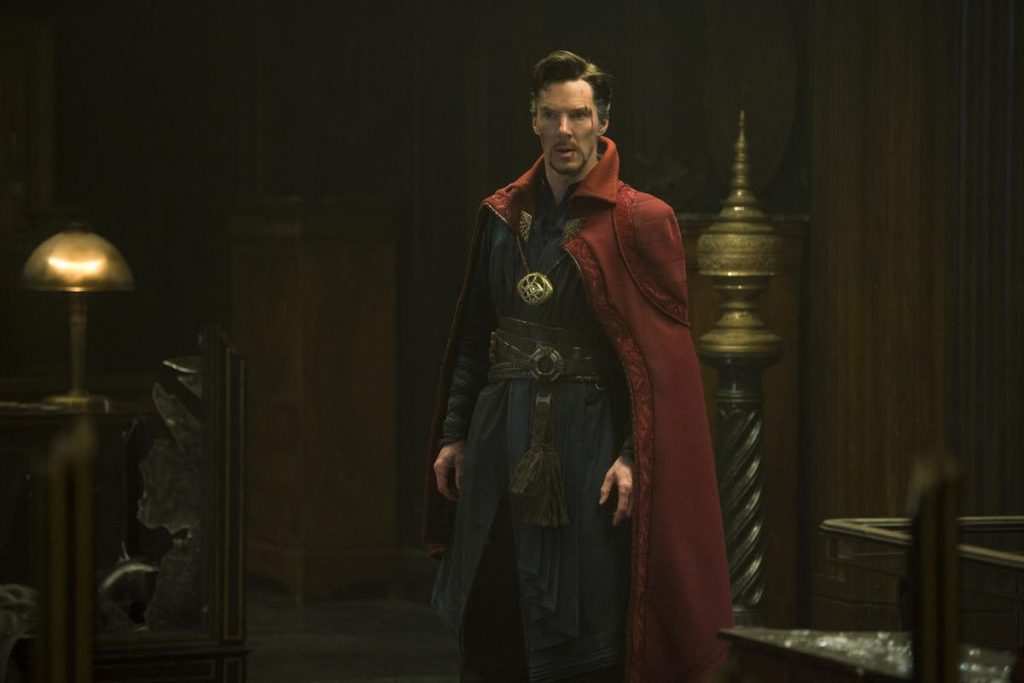 One theory says that this is not even the real Strange of the main timeline. With the multiverse in play, this could easily be his variant with less ego and more ignorance. This Strange also does not dress as the Stephen Strange we know. Plus, the snow in the Sanctum Sanctorum doesn’t really help his case. Some fans even went a stretch and said that the real Strange might be in captivation by this evil Strange. Then also, What If…? is going to feature an episode with an evil Strange, so maybe that variant is the connection between MCU and What If…?.

STRANGE IS WEARING THE ONCE-DESTROYED EYE OF AGAMOTTO 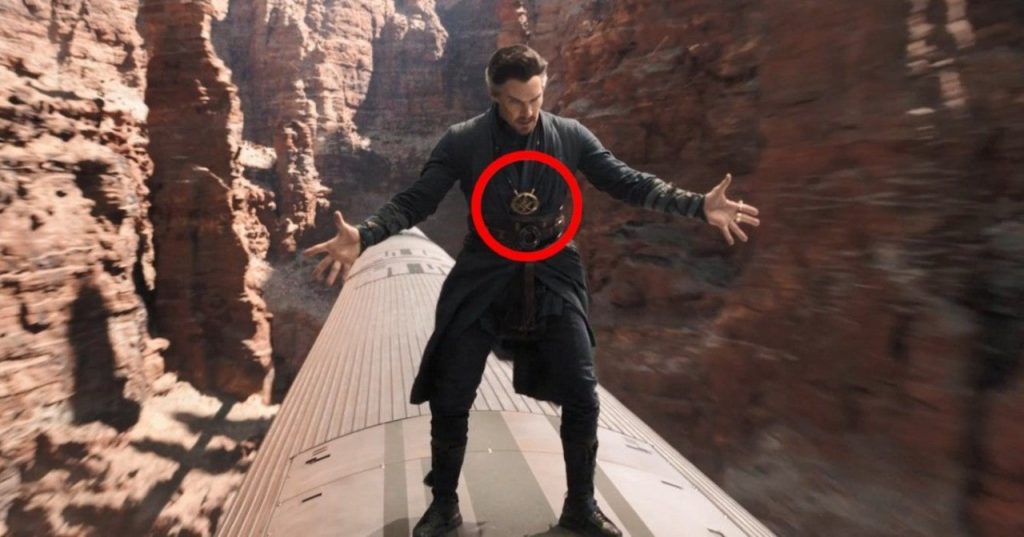 We all saw Thanos crushing the Eye of Agamotto like a dry leaf in Avengers: Infinity War. Then how did it return in this movie? A possible explanation says it again. Dr. Strange in the Spider-Man movie is a variant from the universe where the stones were not taken by Thanos, like in T’Challa/ Star-Lord’s universe. Also, in the comics, an infinity stone can be used only in the universe where it belongs. Since Strange is not seen using the stone even once in the trailer, this might be proof that he doesn’t belong in the MCU. 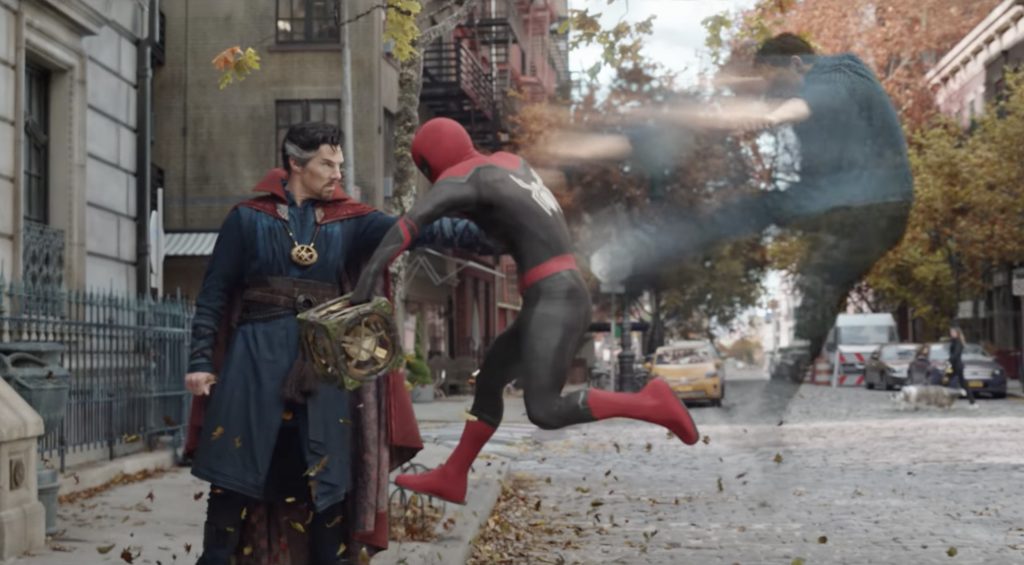 After the death of his mentor/ father-figure, Tony Stark, Peter Parker is always searching for one in others. He thought he found one in Mysterio until he betrayed him and another hint in the trailer points in this direction again. The way Peter approaches and addresses Strange seems a bit cliché.

Another scene that supports Strange being the villain is the train fight scene where Strange is bending the space around him seems a bit too much. As clearly stated in Doctor Strange, manipulating space in the real world is very difficult and power-consuming, this means that the person in front of Peter is not Strange.

In addition to the hints towards the statement, how did all the villains across different universes know where to regroup? There must be someone who guided or tipped them off about Peter being in the MCU. This very well might be a variant of Dr. Strange who traveled multiple dimensions to visit these villains. Heck, he might even belong to one of them, calling out to Sam Raimi’s Spider-Man 2’s subtle reference to Dr. Strange. 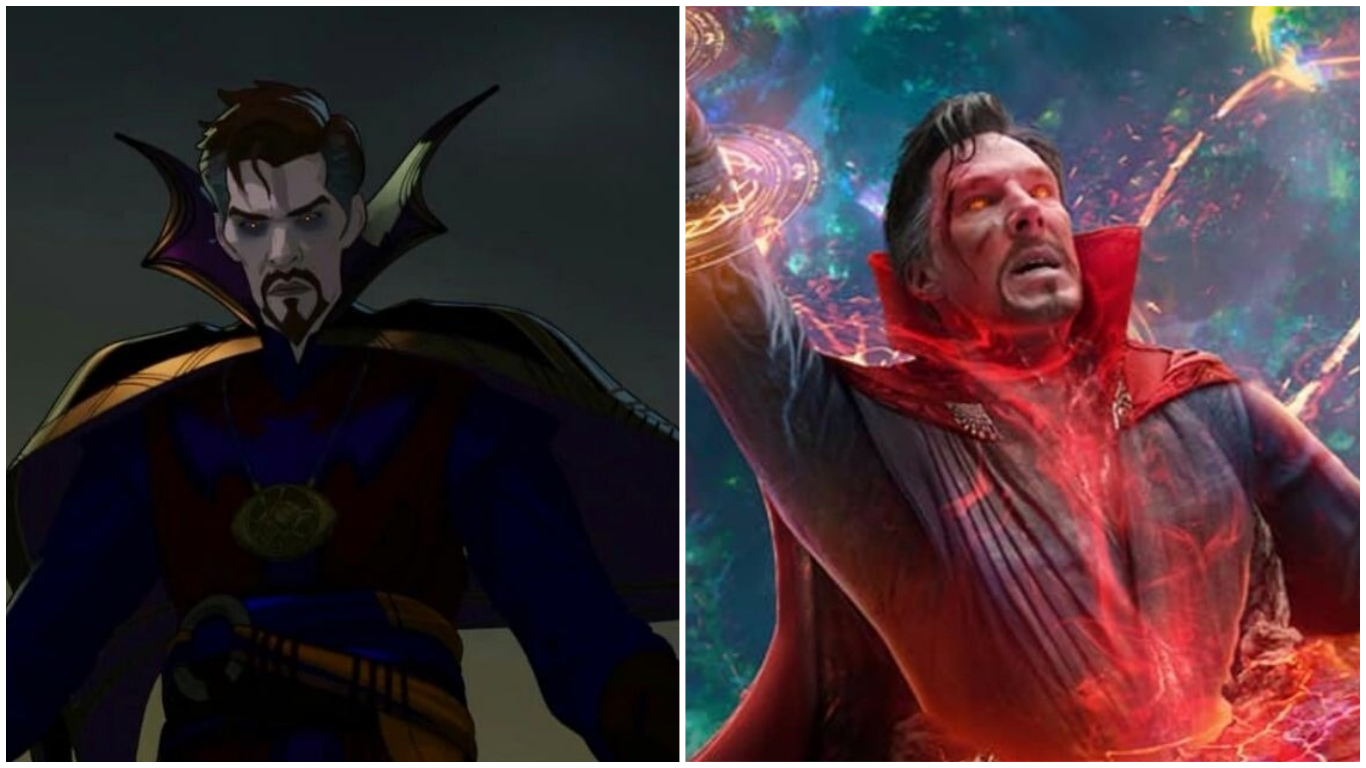 Since all the villains of the Sinister Six have their own Spider-Men, Tom Holland’s villain is still a mystery. Maybe this evil variant of Dr. Strange is the Big-Bad of the movie with the Sinister Six as his mere minions. Moreover, Tom Holland teased the trailer as just the tip of the iceberg, with a lot of surprises coming out way. So this just might be the surprise he is talking about. But it does sound familiar to the previous installment of the movie where the ally came out to be the foe. So will the creators dare to repeat this?

The movie drops in the theatres this Christmas. What do you think about this theory? Do let us know in the comments. 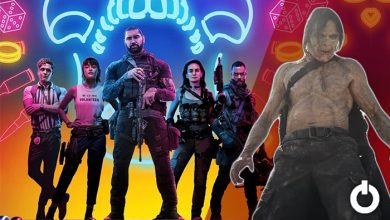 Army of the Dead: How Zeus Was Created Before the Film? 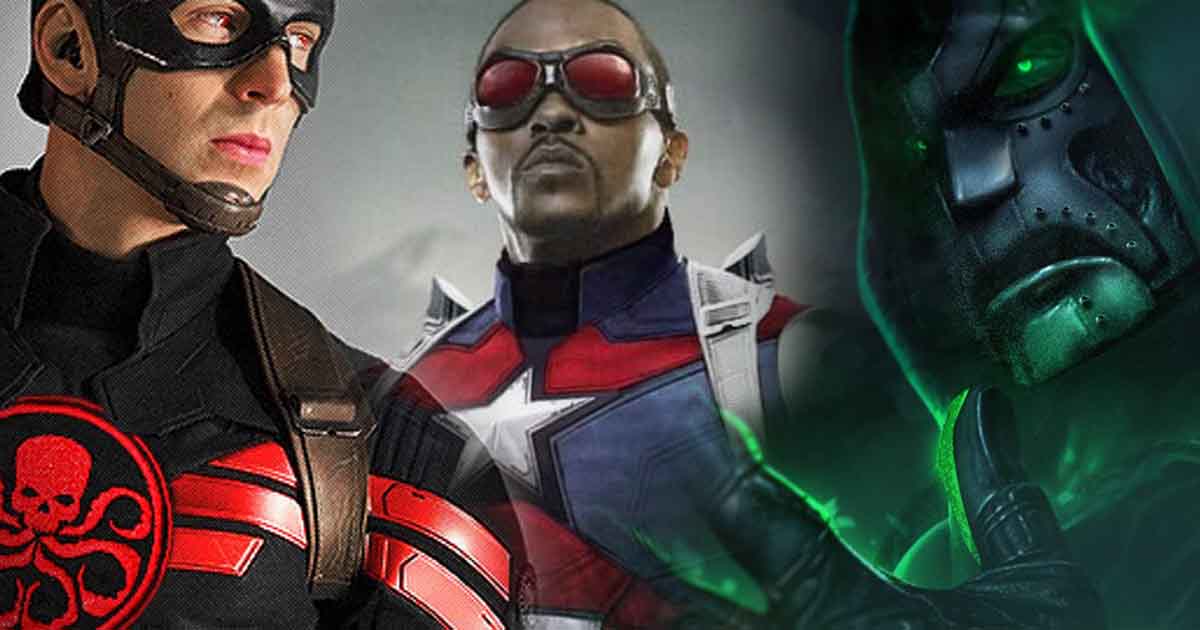 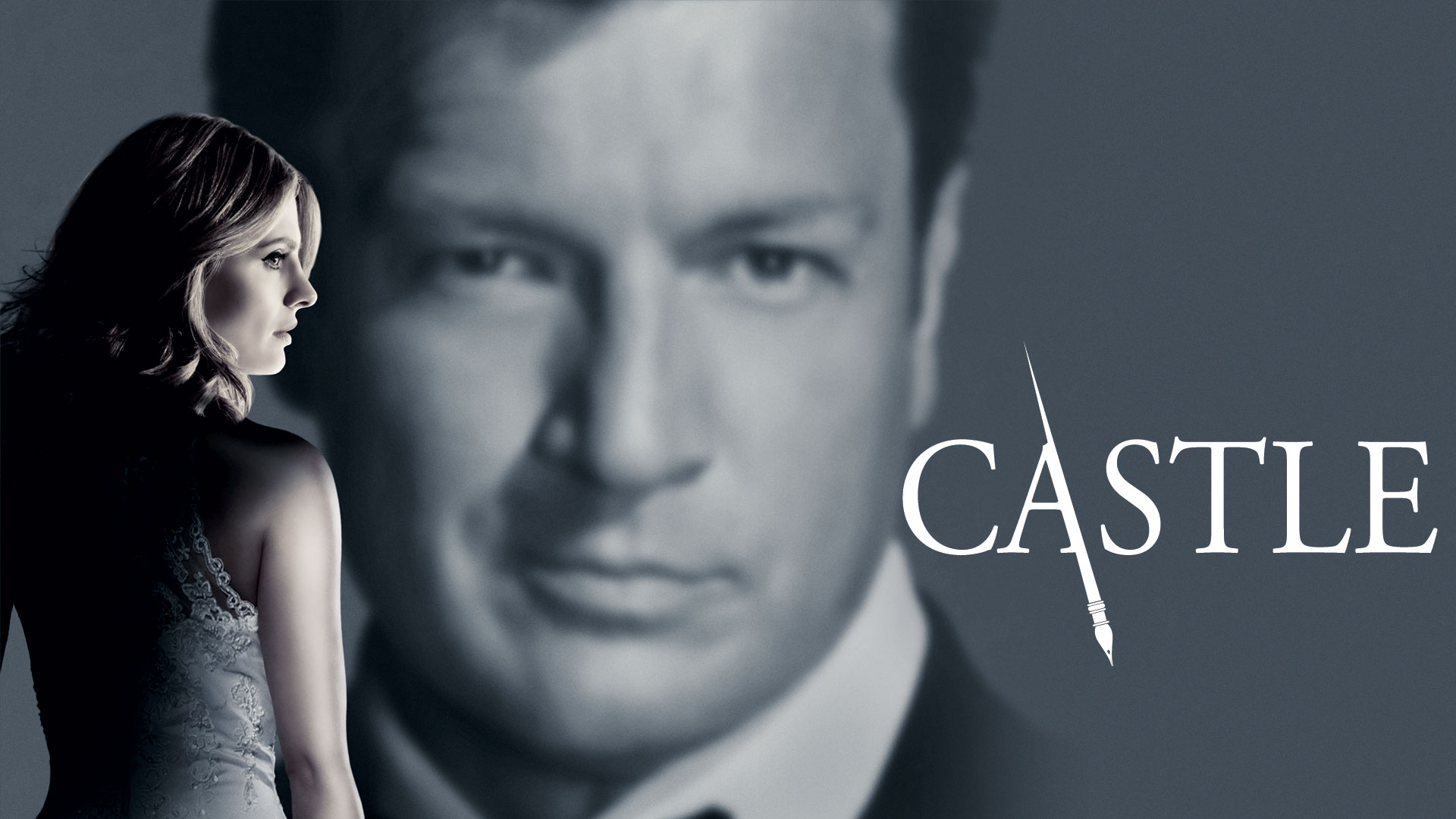 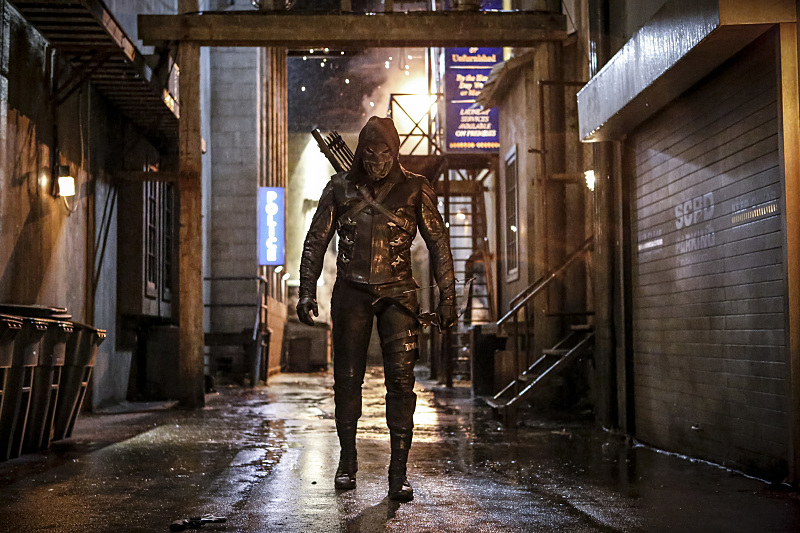