The Marvel Cinematic Universe has only seen upward growth because of its meticulous attitude in every department. From casting A-list actors to giving attention to detail in every scene, they left no corner unchecked. Even the costumes of every character are given special thought and background instead of simply copy-pasting from the comic books. Similarly, the creative team spends a long time designing the right weapon for every character. They take several factors into consideration such as the hero and villain’s character, appearance, background, and a lot more. These designs undergo several changes before finally making it to the big screens. Here are 10 interesting facts about MCU weapons from behind the scenes.

Robert Downey Jr. is the face of the MCU and the key factor for its success. The way he portrayed Tony Stark so naturally seemed like he was born to be the live-version of Tony Stark aka Iron Man. He understood his characters so well that he also contributed to designing the crucial arc reactor. 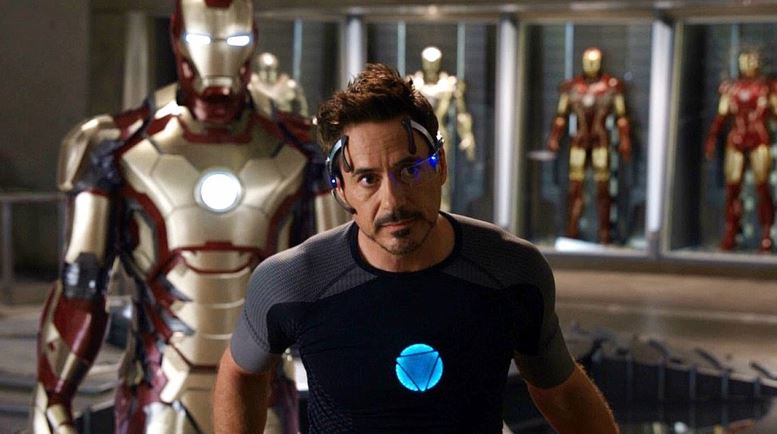 According to Russell Bobbitt, “Every single film and almost every time Robert wears an arc reactor- we would redesign the arc reactor a bit. I drive to Robert’s house in Malibu and we talk about what the arc reactor does for that film and we redesign it personally in every film- in one film we use a triangle, then it could be because Robert says it’s hexagons for this film, so we use others with thousands of hexagons. Those designs are coming out of personal meetings with Rober Downey Jr.” 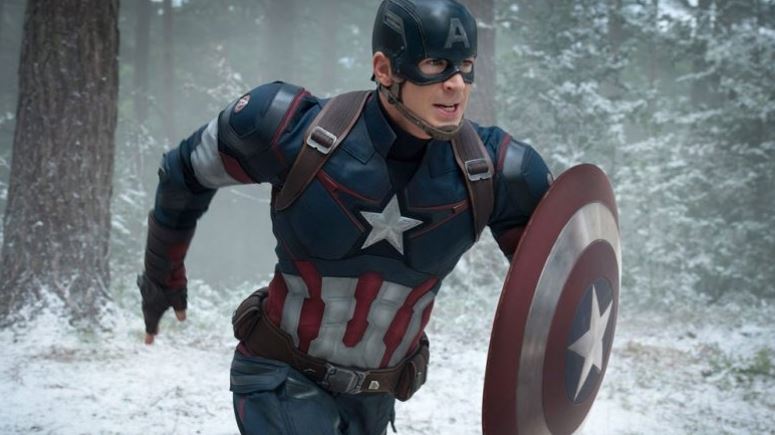 After Iron Man took away his father’s creation, the shield from Captain America in Civil War, Steve Rogers got himself a new version of the shield from Wakanda. But the original designs of the Made-In-Wakanda shield looked more like a weapon and a gauntlet. They had sharp edges and could help Cap opt for attack and defend mode whenever he wanted.

When the younger Thanos traveled from the past into the present time to obtain the Infinity Stones and gauntlet from the Avengers, he showed in golden armor and double-edged sword. Fans were taken in surprise to see that the sword was able to slit Captain America’s Shield in half. Russo Brothers never gave a clear answer as to where it came from but dropped a few hints. They said, “Clearly Thanos is a thousand-year-old character who has fought everyone in the universe and is the greatest. He’s the Genghis Khan of the universe, so he would have the greatest weapon. He knows of Eitri to have his glove created. Did he have them create his blade as well? Potentially. But it’s interesting that it could destroy the shield.” 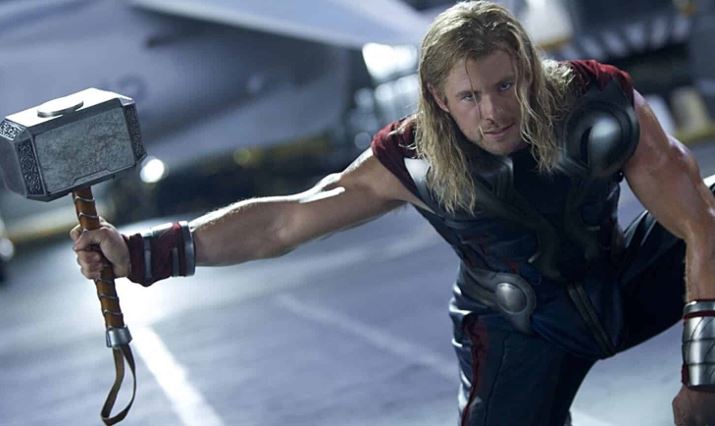 There are three versions of Thor’s Mjolnir. During close-up shots, we saw a detailed and heavier version of the hammer. But when Chris Hemsworth had to lift and swing it as if it was weightless, they switched the heavier one with a less-detailed and light-weighted hammer. All they had to do was screw and unscrew the hammerheads. 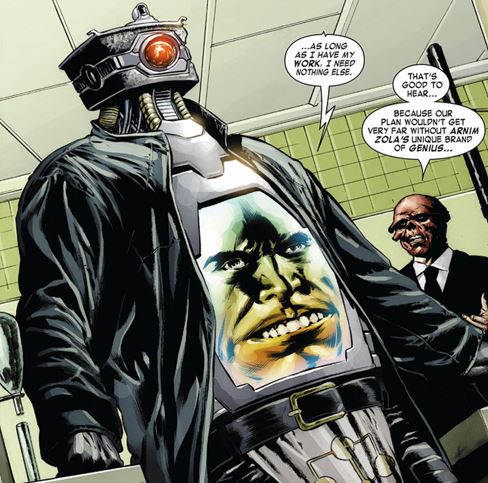 Arnim Zola was nothing like his robot self in the MCU. He was reduced to a mere recording in a computer in Captain America: The Winter Soldier. But things would have been different and Arnim would have gotten his comic book version had Edgar Wright director Ant-Man instead of Peyton Reed. Some of the concept art shows him in a robot body with a screen while others showed his face in a hologram. 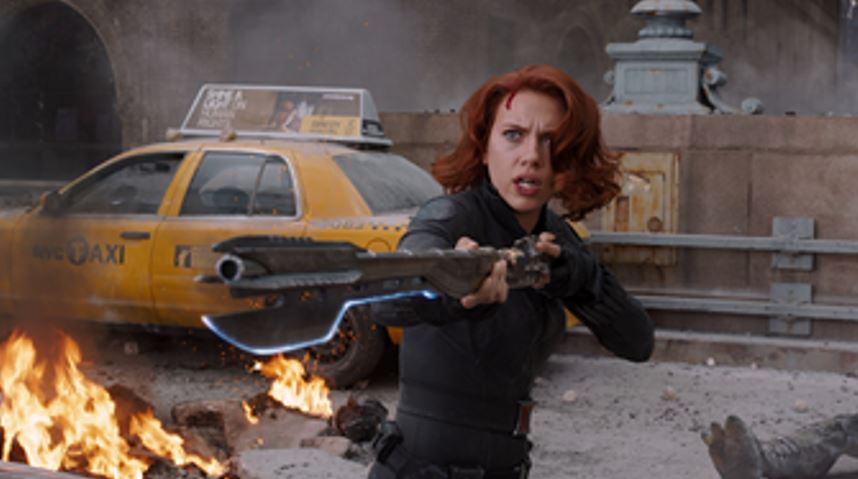 MCU took a lot of liberty in creating the alien species of Chitauri. Not just their appearance, even their weapons were different from the comic books. They couldn’t let Black Widow look awkward with the alien weapon in her hand. So the design team created it with the idea to make Black Widow look super cool holding the weapon.

Thor needed something more powerful than his dear and mighty hammer, Mjolnir to defeat Thanos in Infinity War. So he updated his weapon into Stormbreaker. However, Stormbreaker was not the first choice for Thor’s weapon. The brainstorming produced different versions of Thor. In some of them, he was holding something more contemporary like a space blaster similar to that of Rocket. But watching Thor without a hammer but with a gun would have been impossible to digest. His short hair and beer belly were enough for surprises. 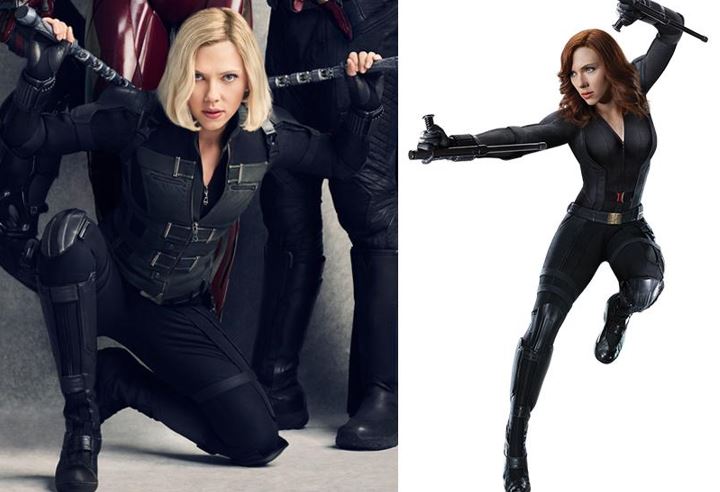 Unlike Thor and Captain America, Black Widow has a wide variety of weapons. In Avengers: Infinity War, we see her using a pair of batons. But these batons were supposed to be different originally. The initial idea behind them was to wrap the enemies and drag them to whatever director she wished. But it was next to impossible to make them out of rubber or metal. Whatever design or material they were coming up with turned out to be hurtful for the actors.

Bucky Barnes made his shocking return in “Captain America: The Winter Soldier” in a new version. As the Winter Soldier, he got a sleek metallic arm that is capable of causing fatal devastation. But the original design concept of this stylish arm was supposed to be more raw and funky. Instead of being produced out of a single metal, it was supposed to have various pieces of metal clubbed together. 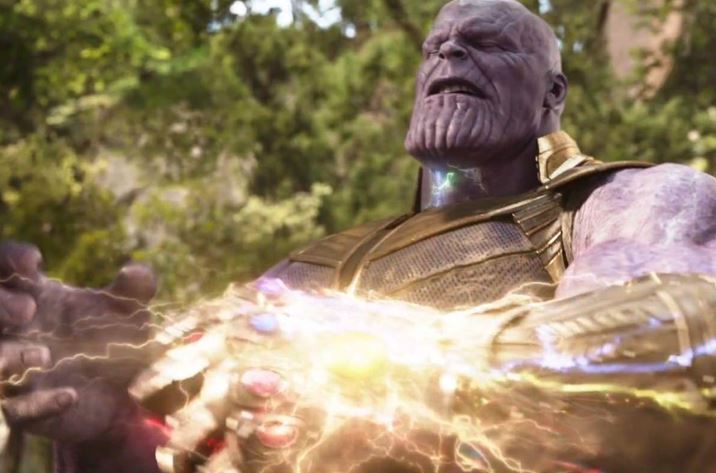 The original Infinity Gauntlet that we see on the screen was fit for the real Thanos and proportionally large for Josh Brolin. On learning that Brolin was a method actor, the designer Russell Bobbit immediately went to the drawing board and created a small prop of the Gauntlet to make him comfortable. 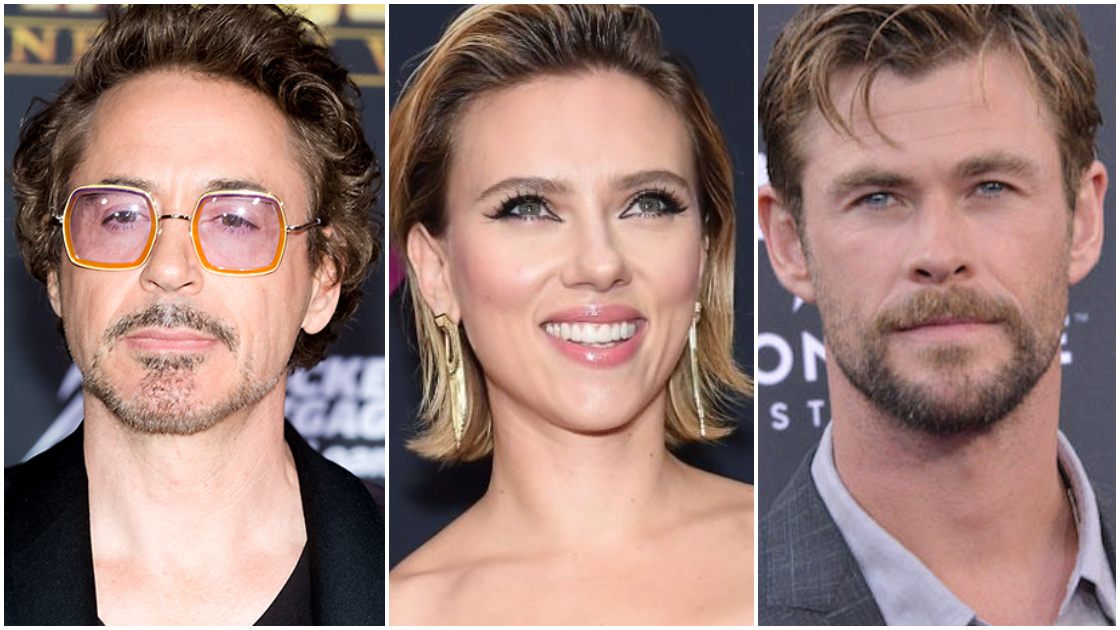 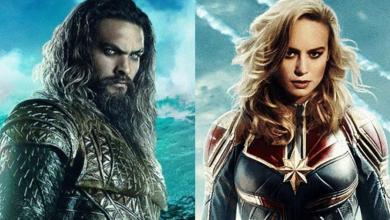