The DCEU showed her as one badass of a superhero. But she was still a supporting character. There is more to Mera than what meets the eye. She has had a pretty interesting history in the comic books, some of which will probably blow your mind away. Want to know some interesting stuff about Mera? 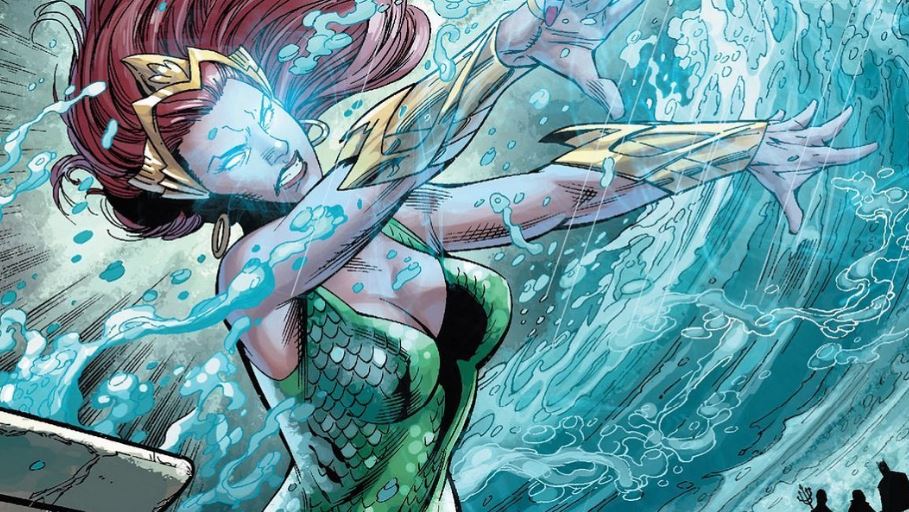 Living deep under the ocean gives you certain abilities. With each stage of evolution, these abilities evolve until they become super prominent and a necessity for each generation. That is how species evolve. The Atlanteans have the ability to see in the dark. So does Mera. Since Mera is someone who spends most of her time under the deepest, darkest waters of the Ocean, this is a much-needed ability for her. Mera can also use this ability when she is on land. Her ability to see in pitch-black darkness gives her a clear advantage in battle. Now, this is an ability we would give our lives for. We mean, who would not want to have perfect vision in the dark when you wake up and proceed towards your bathroom?!

2. Has an Evil Twin Sister 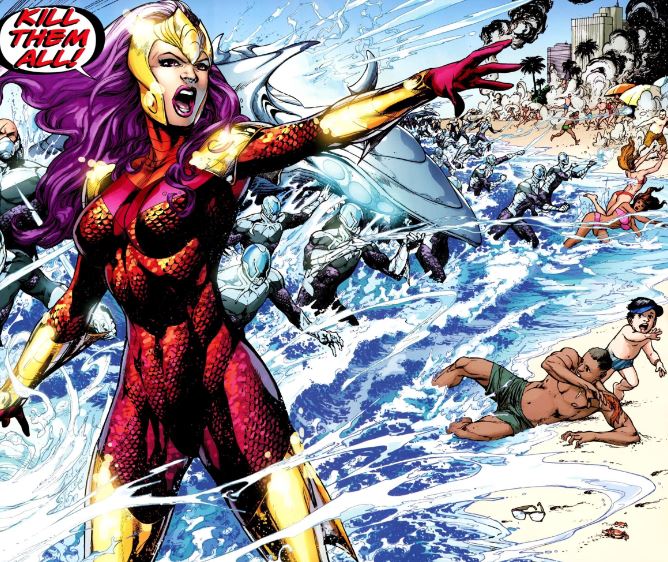 Mera has a twin sister. Her name is Hila. She also goes by the name Siren, a supervillain code name used by many antagonists in the DC Universe. Hila has no qualms about killing people. She is evil top the core and once kidnapped Mera and was ready to lure in Aquaman and kill him. Her objective was to become the new ruler of Atlantis. Thankfully her dreams remained dreams and Mera and Aquaman narrowly escaped her plans. Hila is a cool new addition to the Aquaman family. Mera’s history is seldom explored in comic books. But with Hila coming into the scene, exciting new exploits and adventures await for the Kingdom of Atlantis. 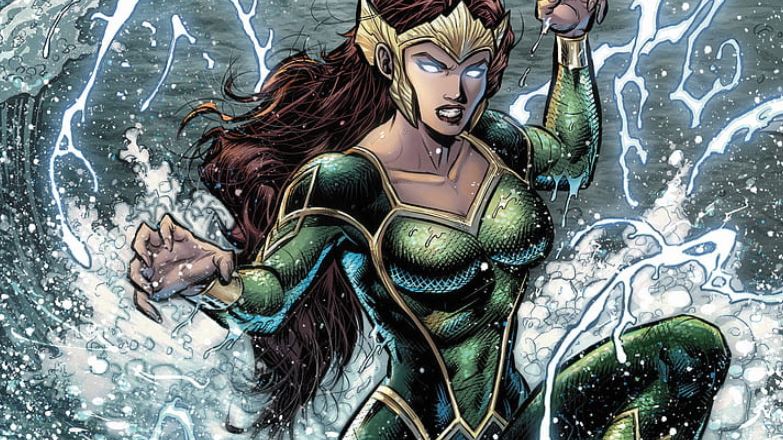 Mera has had some skirmishes with human authorities. Maybe it is because of her upbringing as royalty that she does not realize that no one is above the law. Mera used to detest humans and their practices to the point that she would openly fight them to prove her point. When Arthur Curry and Mera were living together in Amnesty Bay, Mera had a run-in with the law. 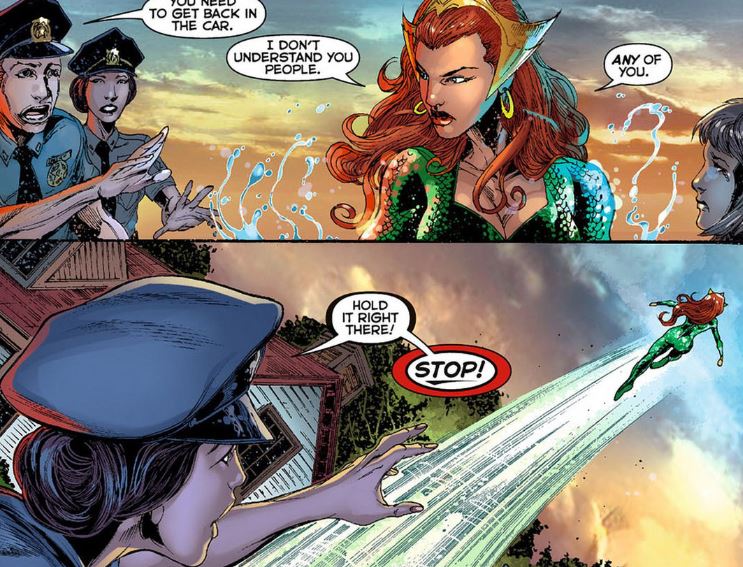 She was once touched at the wrong spot by a store owner who then got beaten down to an inch of his life by Mera. The cops tried to arrest her for creating a ruckus but they could not apprehend her due to her superior strength. Mera also once went beyond the Police Yellow Line and invaded a crime scene to save a woman who was being held hostage by her abusive father.

4. She is from another Dimension in the Bermuda Triangle 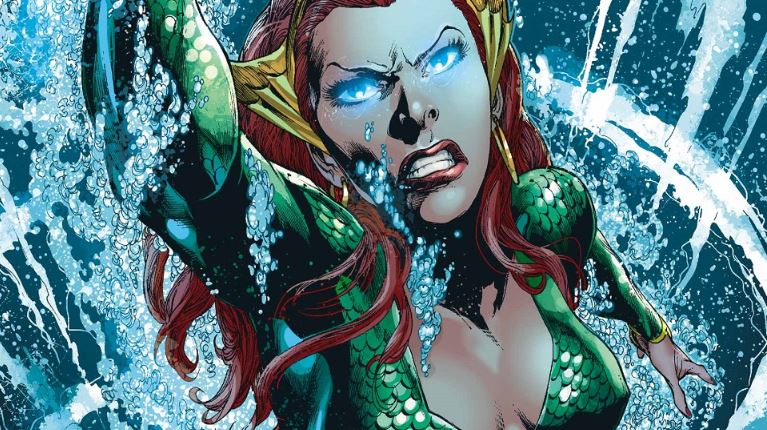 Mera’s original origin story put her as an assassin who hailed from Dimension Aqua, a realm located deep within the Bermuda Triangle. Her origin story has changed many times over the years but the part of her not being from the City of Atlantis but from elsewhere has never changed. Mera’s newest origin arc makes her a Citizen of Xebel. Xebel is a penal colony where Atlantis sends his criminals and outcasts. It is almost impossible to escape Xebel but people have managed to escape, Mera being one of them. Xebel has become a society of its own, with children being born and trapped inside, because of the sins of their ancestors, something the people of Xebel blame Atlantis for.

5. She has become the Ruler of Atlantis 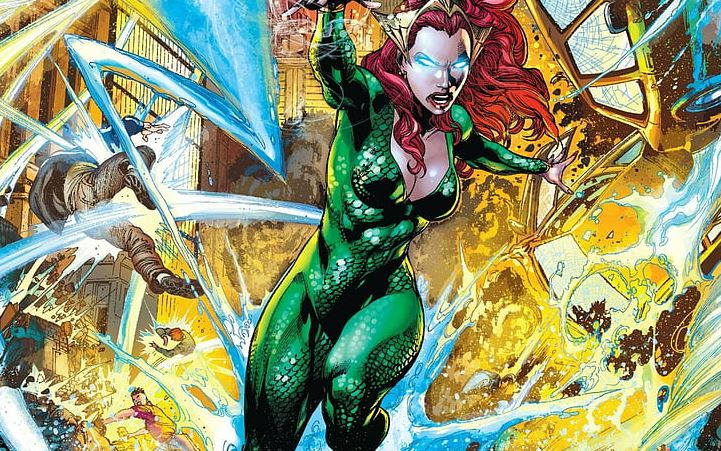 We all can presume that Mera has some leadership qualities within her. She is a people’s person who values her subjects because she has lived through all those plights herself on the streets (or is it streams?) of Atlantis herself. On at least two occasions, Mera has taken over the job of leading her people when it was asked of her. 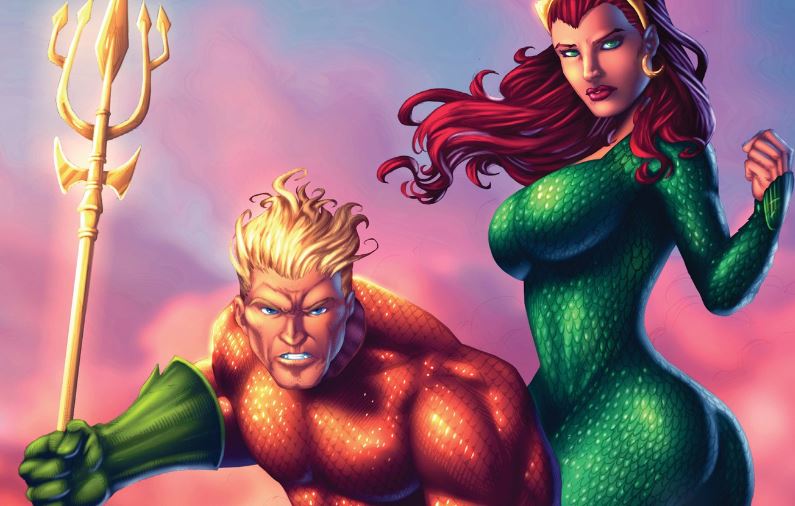 After the events of Infinite Crisis, a large portion of Atlantean citizens was forced to flee to the region of Sub-Diego. There she became their ruler for the time being. Another time when she became the Ruler of Atlanteans was during the events of JLA: Created Equal, when all the men on the planet are mysteriously killed. She also proved her mettle on the throne as the Sole Ruler of Atlantis and she did it without Aquaman’s help. 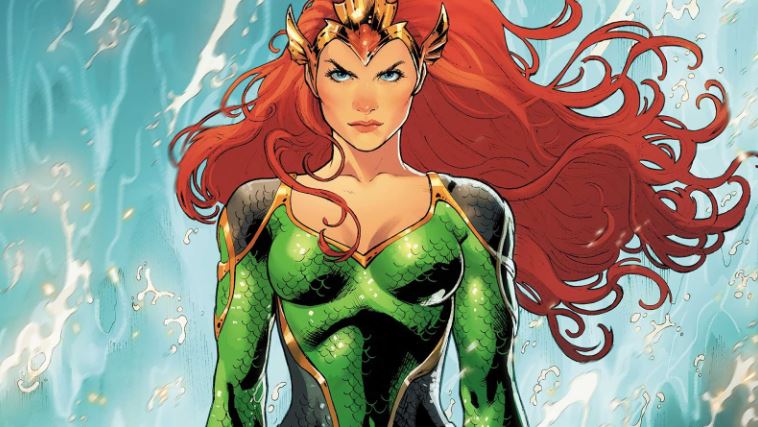 The death of her child will push her mother into deep bouts of rage and insanity. No one could be a better example than Mera. After she lost her child, she started to blame Aquaman for her son’s death. Mera became very emotionally volatile and mentally unpredictable. Whenever she would see Aquaman, she would lash out and try to kill her. The situation became so dire that Aquaman had to keep her imprisoned in a facility called AHARD-1, a mental asylum located in the region of Poseidonis. She would eventually regain her sanity but her animosity towards Aquaman took a long time to burn out.

7. Once became a Red Lantern 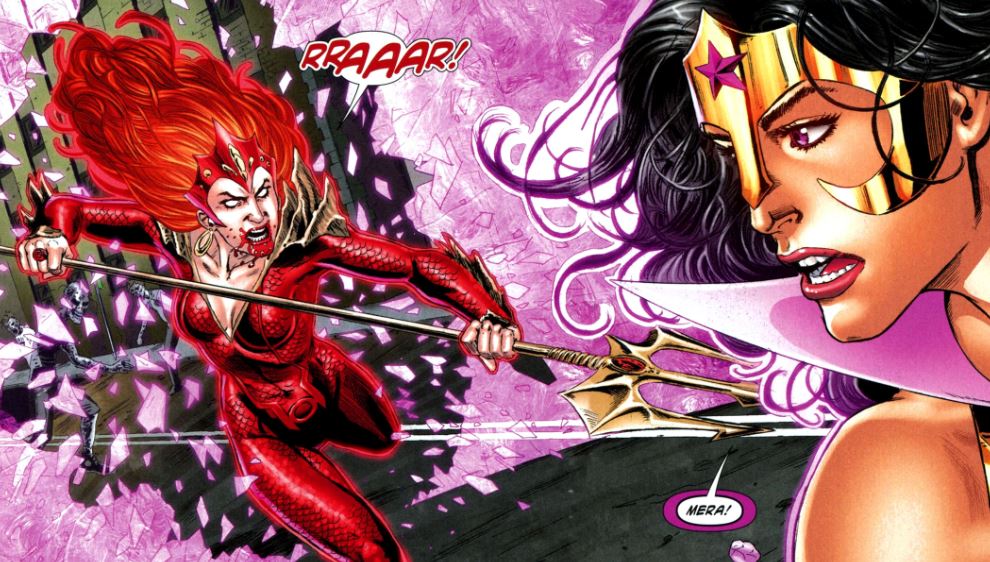 Mera is known to get really angry. She is infamous for being short-tempered. But in most cases, she has achieved the Zen-like state that allows her to tame her anger. But one time it went completely out of hand. Her rage consumed her to the point that she became a beacon of vengeance. And thus Mera beca 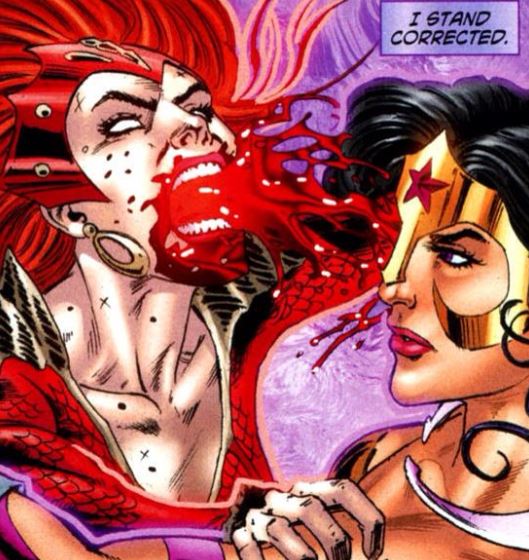 Like the Green Lantern Corps, the Red Lantern Corps have powerful rings that can create energy constructs as well. But while the Green Power Rings are powered by will power, the Red Rings are powered by sheer rage. Mera thus became a force to be reckoned with. As a harbinger of rage and agent of wrath, there was nothing that could stand in her way.

8. Her Death started a war that killed Billions 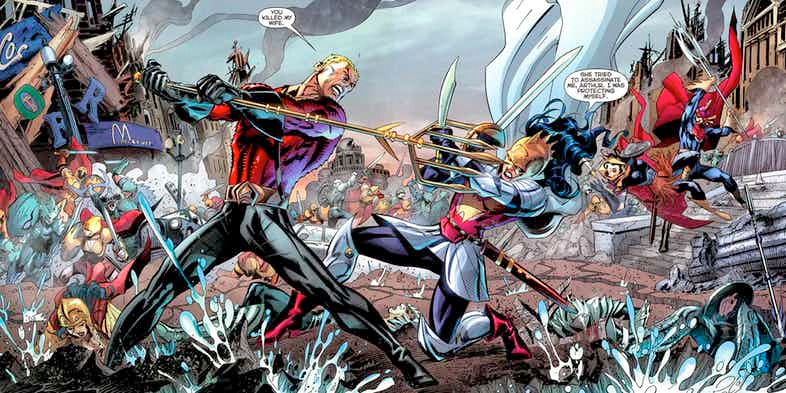 During the Flashpoint Paradox, the entire world is in utter disarray and on the verge of destruction. The reason was simple – two of the most powerful Kingdoms on Earth were at war – Atlantis, and Themiscira. Tensions between Atlantis and Themiscira ran high but it was only after Wonder Woman’s union with Aquaman and Wonder Woman’s murder of Mera was what triggered Arthur to declare war against the Amazons. The resulting battles shook the Earth. Aquaman was on a path to exact revenge on Diana for killing his one true love. The Flashpoint timeline was one twisted little reality and it all started because Mera got a little jealous.

9. Is a member of the Justice League 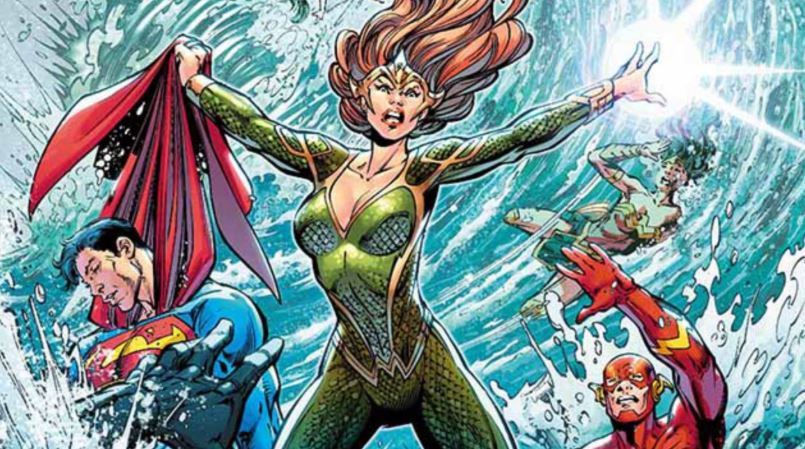 10. Can swim five times the speed of sound underwater 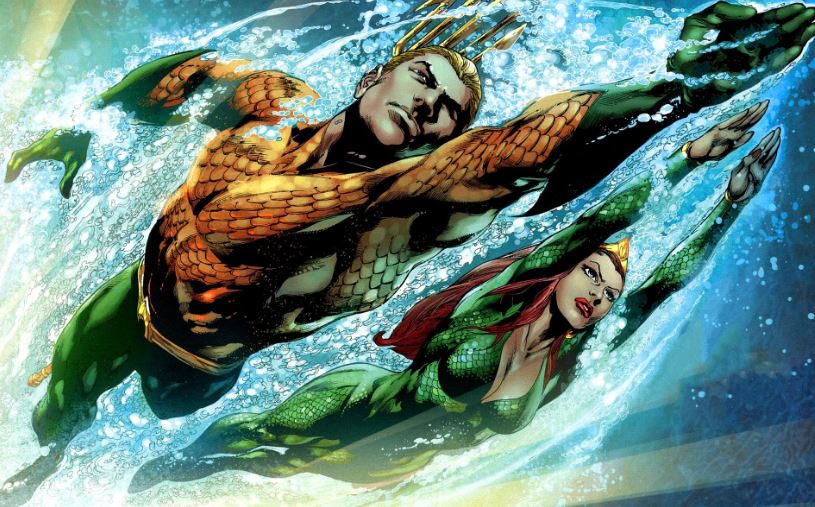 Aquaman showed us that even under the ocean, there are civilizations in the DC Universe that have more advanced technology than humans do. Even the people living in Atlantis have better physical attributes than average human beings. Atlanteans have superhuman strength, speed, durability, stamina, and endurance. Mera is a class above even the Atlanteans in that aspect. The Queen of Atlantis can swim at speeds that far exceed even the fastest aircraft in service in any army in the real world. She can swim at Mach 5 or five times the regular speed of sound. That gives her an edge over the others since she can move around and dodge attacks faster than anything anyone can throw at her. 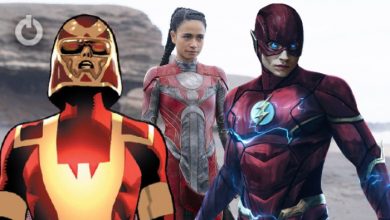 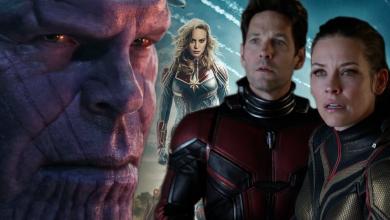 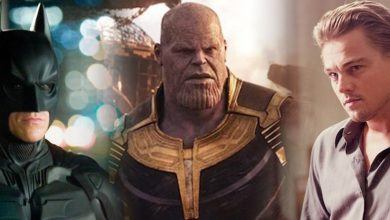 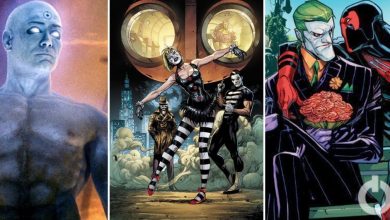 10 Worst DC Super-Villains That Made Their Debut Last Decade