Justin Bieber is a singer and a songwriter who was discovered on YouTube by a talent manager. He was discovered through his YouTube videos and in 2009, he launched his first album My World and became the first artist to have seven songs on the Billboard’s Hot 100 from a debut record chart.

In 2010, he launched his second album with the name My World 2.0  which also became number one in several countries. The album also featured his first hit-song Baby which gave him a lot of attention from the music lovers around the world.

His third album, Believe (2012) gave us the single ‘Boyfriend’ and it became number one song in Canada. And then he released his fourth album, Purpose (2015) which gave us three number one singles: “Sorry”, “What Do You Mean?”, and “Love Yourself”. Afterwards, he featured on many collaborations and gave us many hit songs like “Despacito (Remix)”, “Let Me Love You”, “Cold Water” and “I’m the One”.

Justin Bieber has a huge fan following, he also became the second person to have the 100 Million+ followers on Twitter in 2017 after Katy Perry. But not everyone knows him well. There are fans and then there are Beliebers… Wanna know to which category do you belong?

Take this Justin Bieber Fan Quiz and find out!

Keep Reading: 10 New Movie Trailers That Will Make You Desperate For These Upcoming Movies 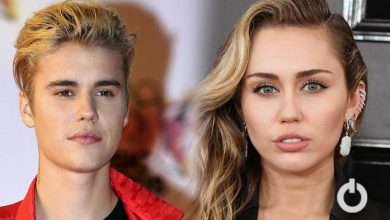 Pairs of Male and Female Celebrity Doppelgangers In Hollywood