Everything is not well in the Marvel universe. Recently the comic readers have seen a rather sinister plot unfold in the 616 universe of the Marvel multiverse. The Challenger and The Grandmaster have abducted the entire planet of Earth to be used as playthings in a “chess match” to settle their conflicts.

You see the immortals like to determine the worth of the challenger and the powers they hold by organizing such match ups. The only problem is that the indigenous population of the planet thrown into the mix suffers heavy causalities just because immensely powerful beings like to play God. 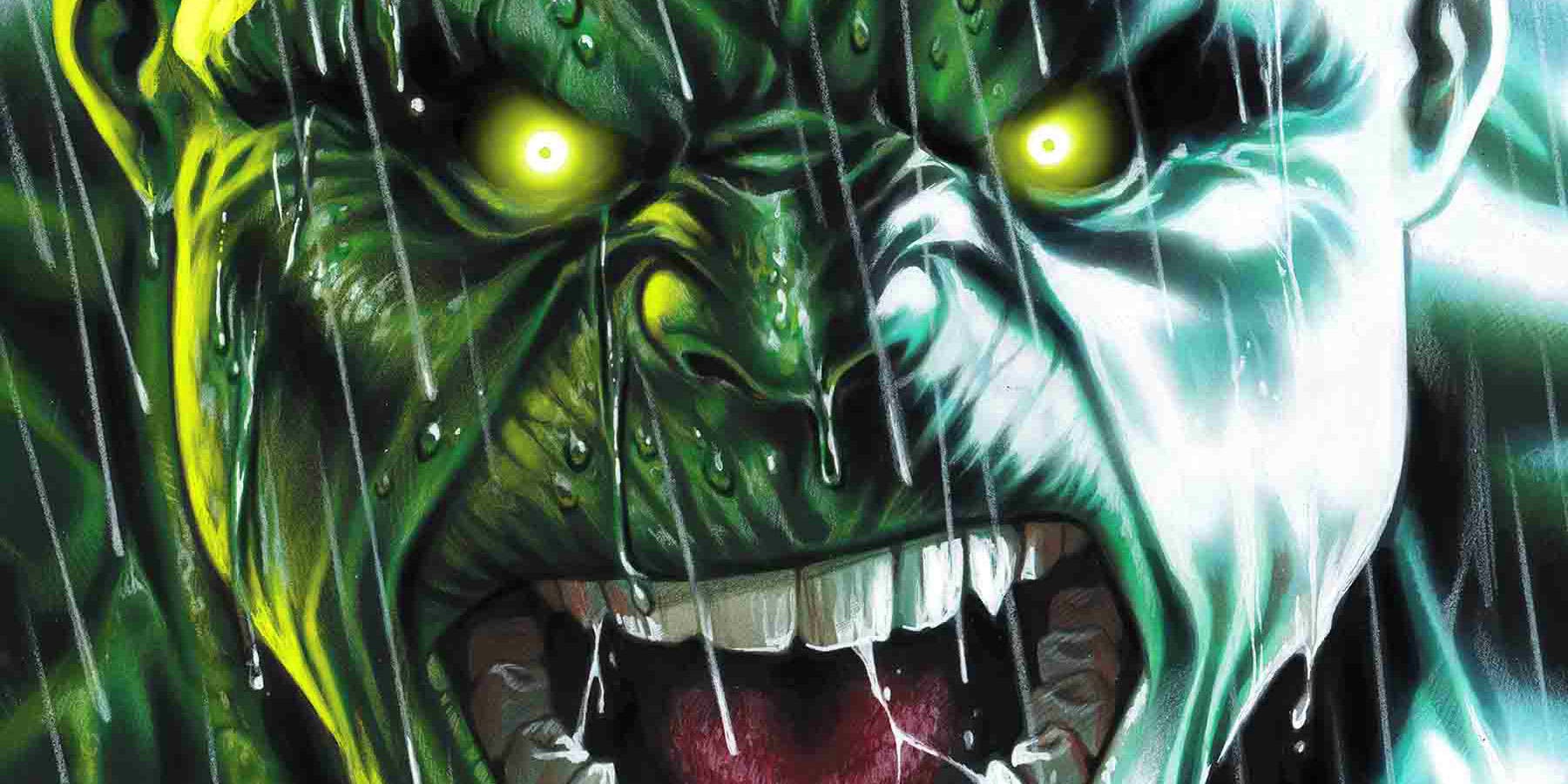 Bruce Banner had been inactive in the comic universe for some time now for the simple reason that he was DEAD. The mantle of the Incredible (Totally Awesome) Hulk has since passed on to Amadeus Cho. Not only that, during the course of this “No surrender” storyline in the Marvel comics the Red Hulk also gained an iron man suit to help him battle a resurrected Bruce Banner. Yes, you read that right comic fans, the Incredible Hulk is back and he is fighting for the Challenger against the Avenegers and the Grandmaster. Quite a deviation from the plot line of Thor: Ragnarok. The news about the Invincible Hulk becoming immortal has spread throughout the nerd world like wildfire. Some have accepted it while others think the ability will just make him bland and boring. Whatever may be the case, the comic book arc of the Immortal Hulk is going as strong as it could be.

While the plot was already thick enough with too many twists and turns, another major event will now most likely shape the future of the Immortal Hulk in the current Marvel Universe. He has killed a major MCU Superhero in Marvel Comics. Can you guess his/her name??

Spoiler Alert: The following paragraphs contain MAJOR spoilers for Avengers #685. If you still haven’t read it yet, look away….

The comic starts as we see the team of Avengers at the Auxiliary headquarters being laid waste to by the incredible Hulk. While the Hulk battles and obliterates the Avengers he has re-enforcements inbound in the form of Black Swan and Proxima Midnight. The trio of Black Swan, Proxima Midnight and The Incredible Hulk under the influence of The Challenger and are rushing the Auxiliary Headquarter to attain the final pyramoid currently in the possession of the voyager. The Grandmaster continually urges his daughter to defer the pyramoid and assure his victory, but Voyager has other plans. 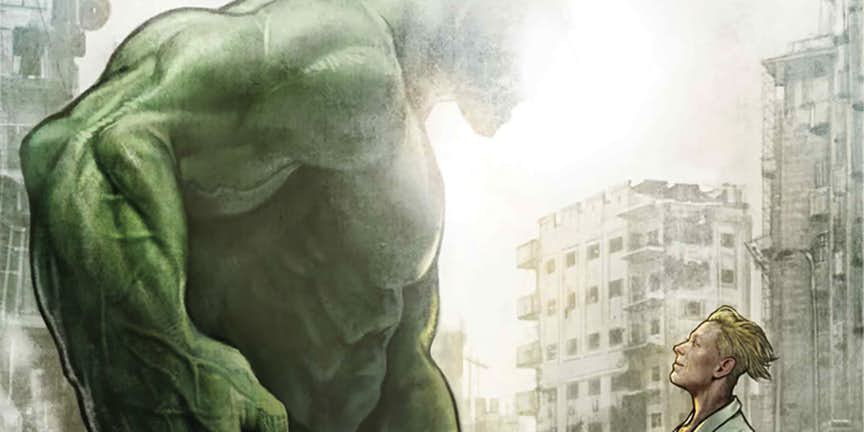 The latest development for the Hulk in the ongoing ‘No Surrender’ storyline has been filled with amazing plot points. As it turns out, Bruce Banner’s version of the Hulk wasn’t the product of a gamma overdose in a radiation explosion. He has always been immortal. He is now working for the Challenger. He is now about to cross paths with Earth’s mightiest heroes. The first hero that falls to his rage is none other than the Android Avenger – Vision. That’s right folks! The Hulk has just murdered Vision in cold blood (or cold-circuits?). 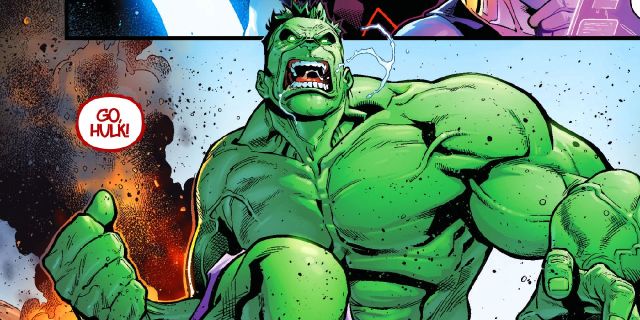 The Avengers #685 shows the world has been kidnapped… quite literally. The Avengers are under-manned and scattered throughout. He is all set to attack the Avengers- Auxiliary Headquarters to acquire the final pyramoid. Only a handful of Avengers too under gunned to take on the Incredible and Immortal Hulk stand in the Jade Giant’s way. Scarlet Witch realizes the only hope they have of stopping the Hulk is by awakening another Superhero from his deep slumber. The Vision is the only hero with enough power to take on the mighty Hulk. 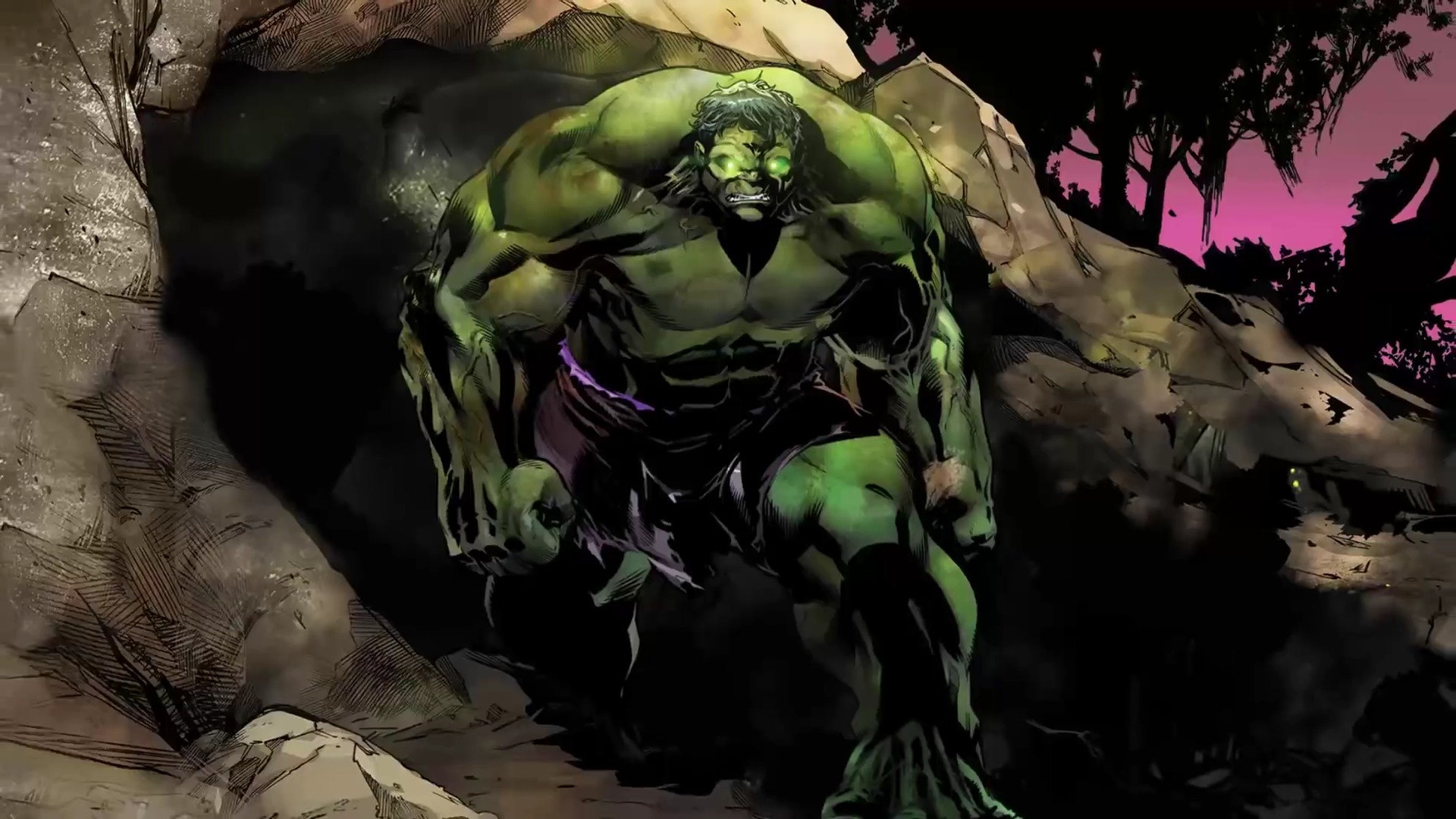 The ensuing action scene is a sight to watch out for. Stunning visuals show us the Vision is a man of his mettle. He is truly the most powerful Avenger in every way. He uses his density manipulation powers to distract the Hulk and then uses his ‘Thermoscopic vision’ to blast him to smithereens. Clearly, it would take a lot more than a little eye laser to kill the Hulk. The resulting shockwave endangers the entire base and yet Vision does not relent. He knows that the Hulk must be stopped at all costs.

The Vision becomes overconfident. And that proves to be his doom. 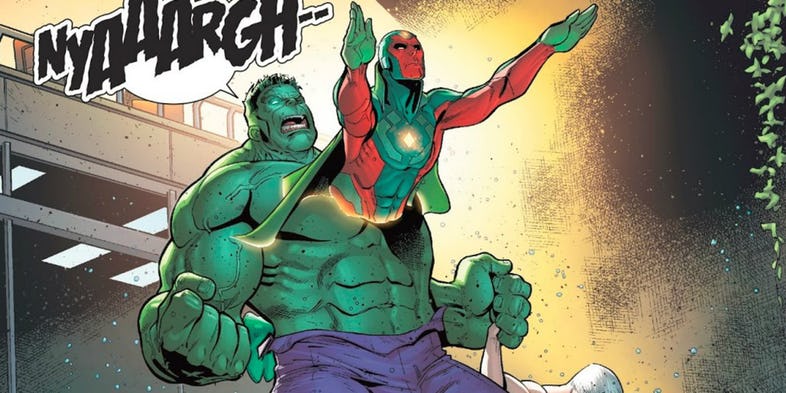 Vision keeps on gloating as to how superior he is to the Hulk in both physical and mental capacity. He keeps on boasting and attacking the Hulk but the big guy easily takes on the beating and is still standing. The Vision realizes there is only one way to truly stop the Hulk in his tracks. He decides to use a classic movie of his own that he has perfected throughout the ages fighting various bad guys and supervillains.

Vision aims to manipulate his own density, phase through the Hulk and solidify his body while still inside him. Such a move would annihilate the target’s nervous system, sending neural shockwaves so strong they will shut down the brain itself. Luckily, He manages to grab hold of Vision before he could complete his move, in a rather innovative fashion. 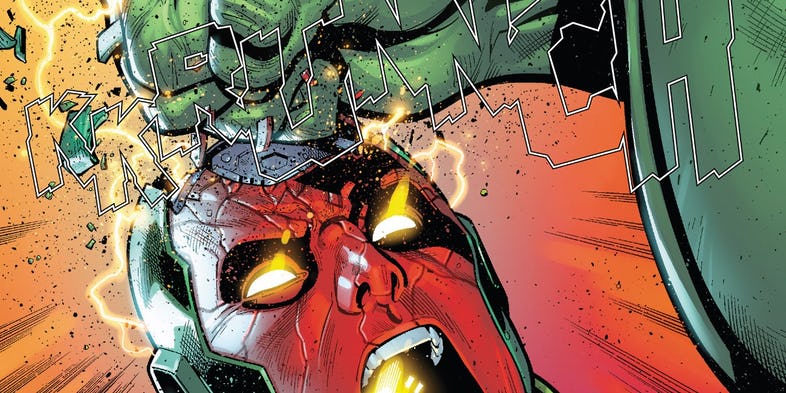 The moment Vision solidifies himself; he realizes the error of his ways. His enormously strong arms are thrashing around like crazy. For a hero whose primary function is smashing stuff, solidifying your own body within his arm’s length is a fatal mistake. The Hulk’s arm hits straight on a solidified Vision’s head, smashing his skull and clearly killing him. Before Vision could kill him, the Hulk kills him. 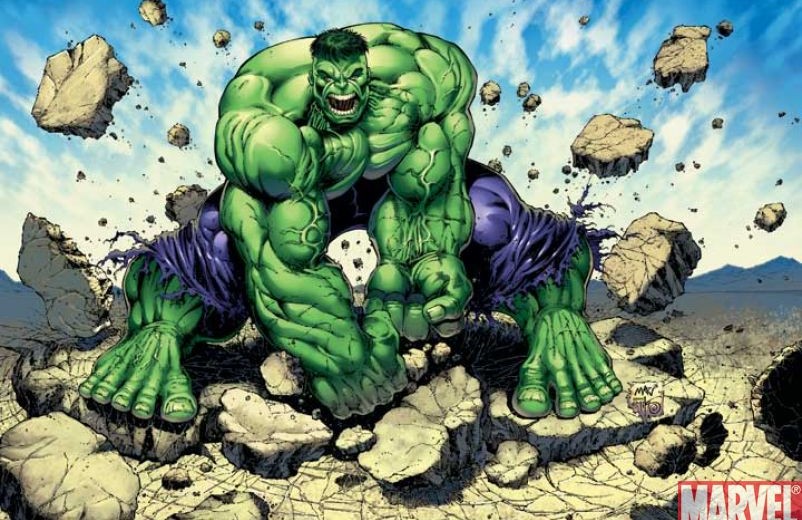 This version of the Hulk is savage, beastlike and remorseless. He won’t hesitate to kill his own friends if that’s what it takes to get the job done. He may have killed the Vision but the latter is not completely dead. Believe it or not, Vision has died quite a number of times before in the comics. The fact that he is essentially an Android means he could rebuild himself from scratch. But the problem is every time Vision is rebuilt, something inside his mind and body changes. The Death of the Old Vision will give rise to the birth of a completely new, different Vision. 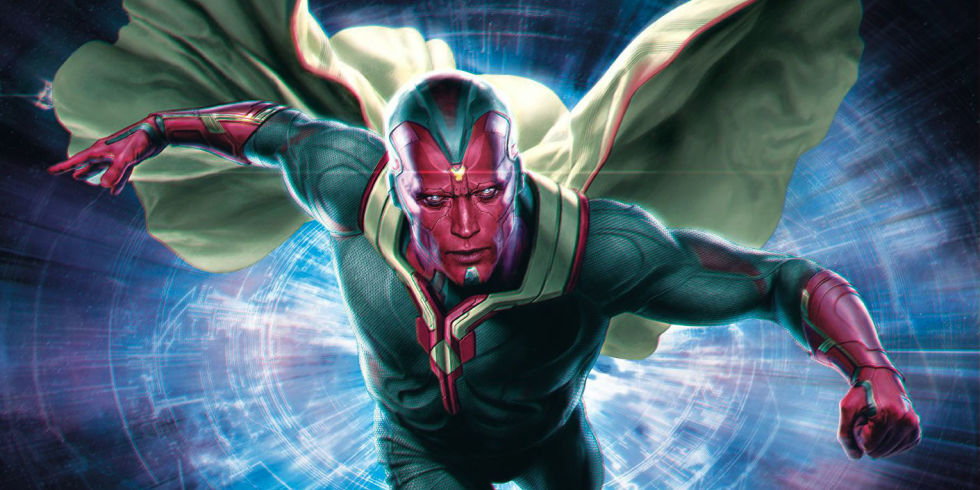 Vision knows that no matter how strong the incredible hulk might be he is only a mindless brute, a monster that is the personification of rage, he has neither the capability nor the capacity for reason. Knowing this, the Vision tries to pull off one his most classic moves, where the android phases through an opponent and scrambles their brain by whisking his fingers in his opponent’s head. Seems like it done right? Wrong, again. 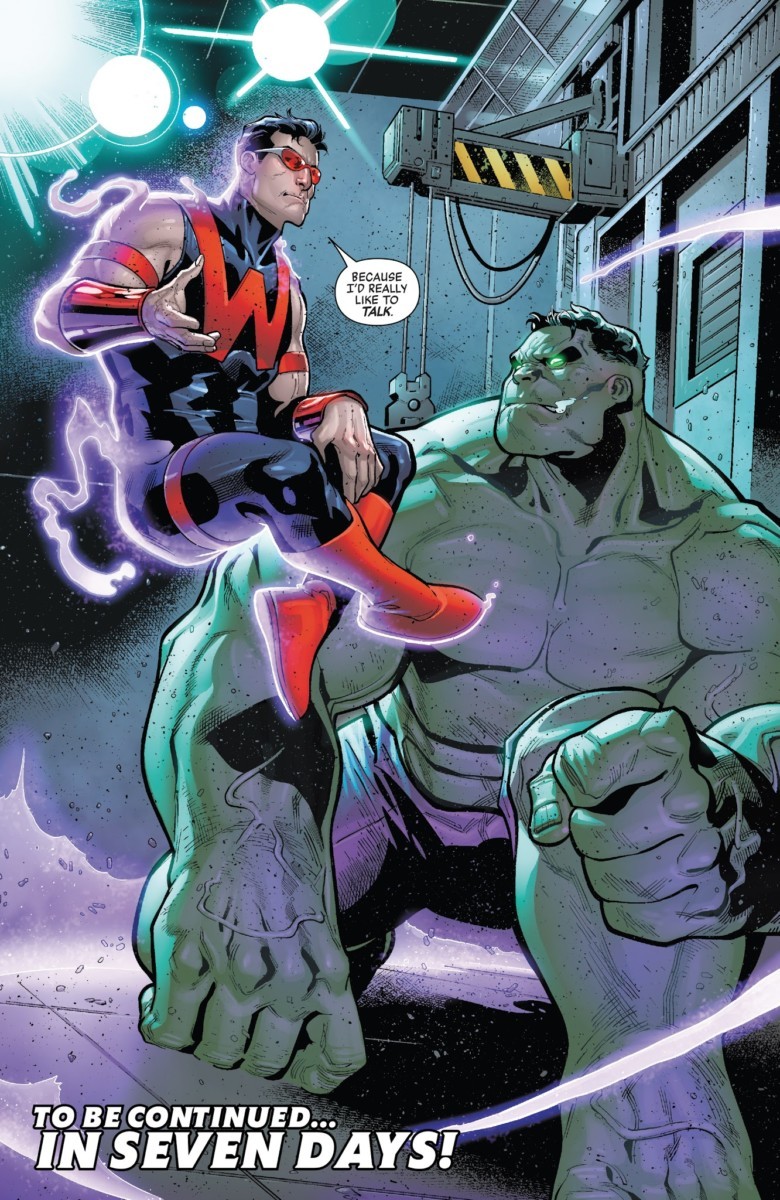 The Incredible Hulk is privy to vision’s plan and he uses that very plan against the android. Because the point in time when vision turns solid to attack Hulk’s brain is the moment the Hulk chooses to attack Vision’s power source and nerve center. He kills off the android’s brain leaving him a mindless concoction. The irony of this situation is not lost on the Hulk as he mutters “mindless” while walking away. 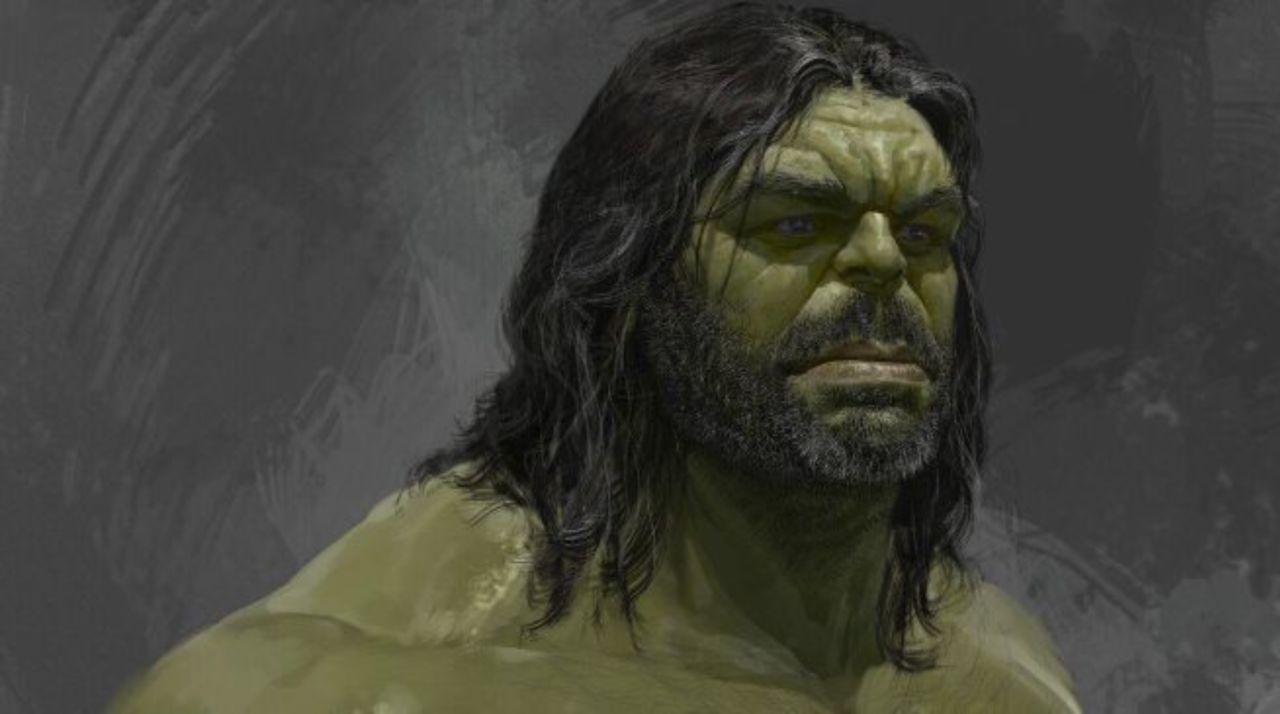 We now know what transpired in the latest issue to the 2016 series iteration of the Avengers title. However what we don’t know is how far this storyline will go. As it stands right now, the Incredible Hulk is resurrected and the Avengers Auxiliary Headquarters is under extreme levels of peril. The Hulk batters away at the vault doors that house both the Voyager and the last pyramoid that The Challenger and The Grandmaster need to ensure their victory. 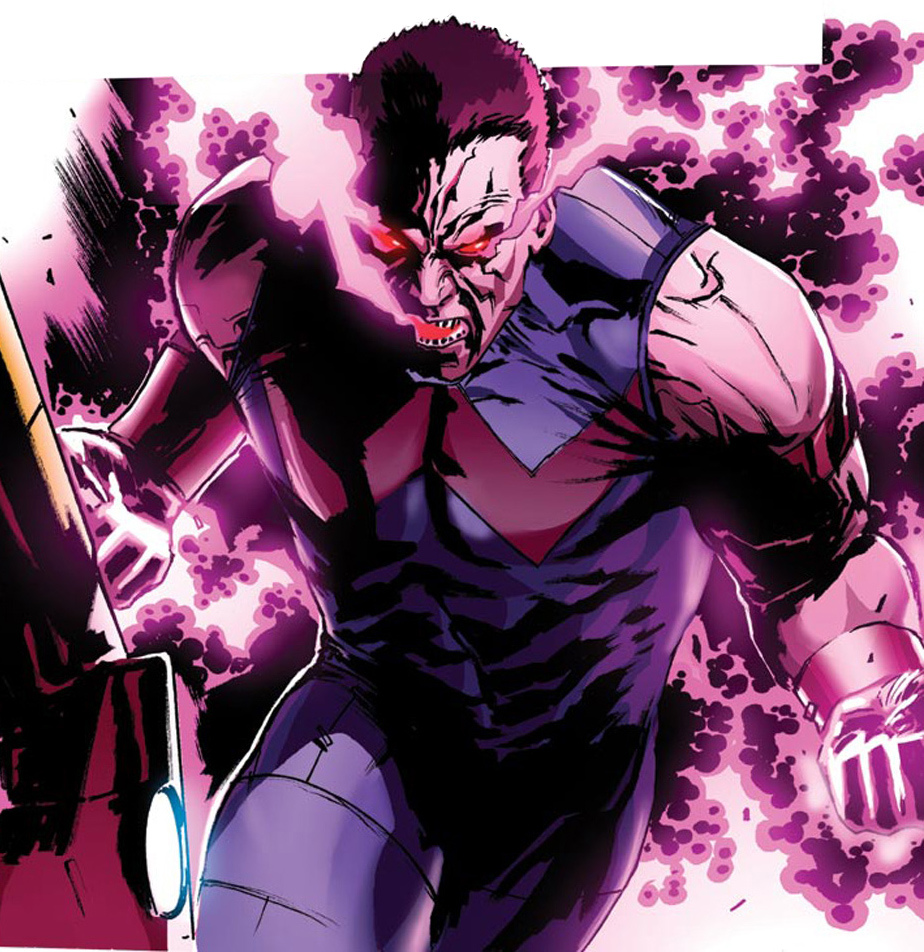 Both the immortals will pull every stop and use every dirty trick in the book to achieve their goals with the title of The Grandmaster on the line. As we see Hulk trying to disassemble the vault at the end of the comic we are taken aback by a flash and blur of pinkish energy that whisks the incredible Hulk away. Who has the power? it is Wonder man in the form of pure ionic energy. He is trying to reason with the Hulk, he desires to talk to the Bruce Banner that resides within. This is where the comic ends.

What fans are left with is one simple question – If the Hulk is already capable of such devastation, what would happen when the Black Order comes to Earth to reinforce him against the Avengers? That would be a story for another day. 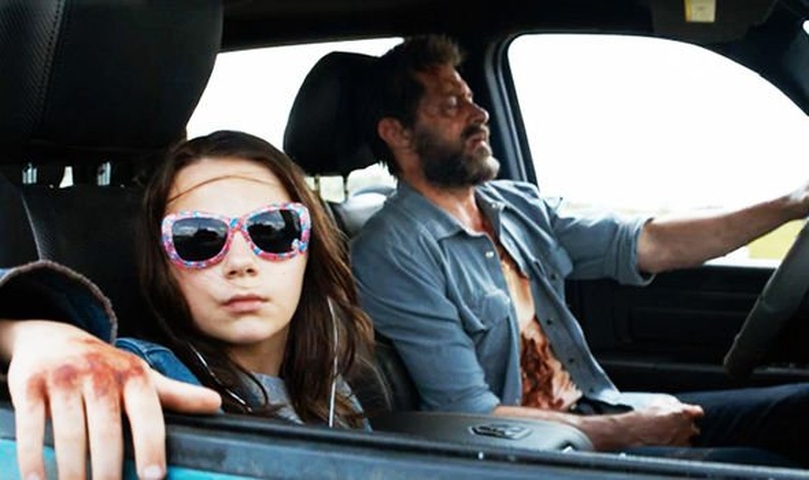 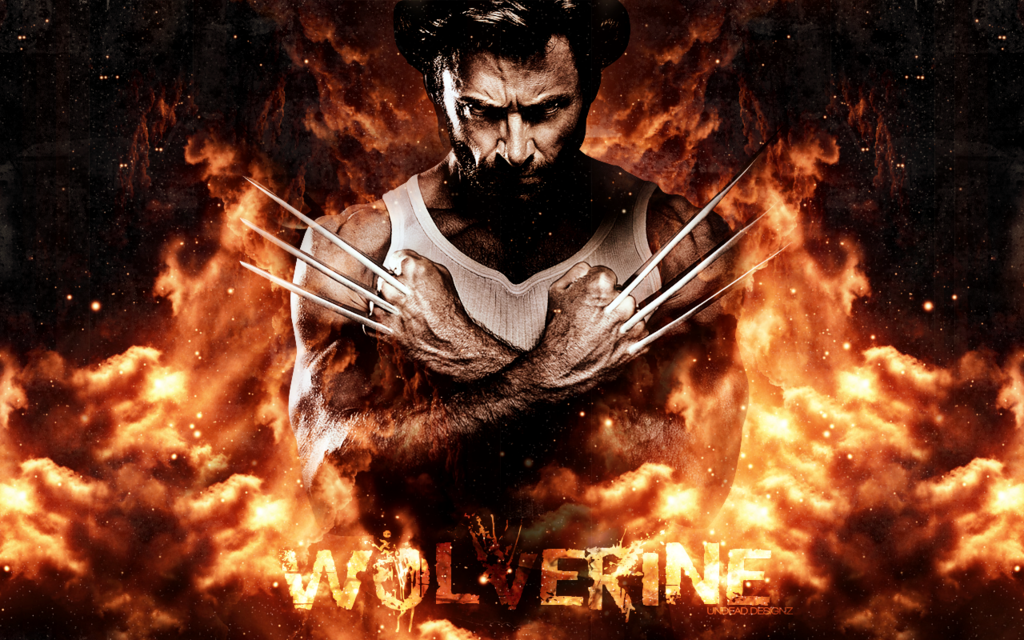