Black Panther is the latest addition to the MCU, and it is the 18th film to come out within 10 years of the MCU. This movie had tonnes of new things to show, that we have never ever seen in the MCU. Still, it followed a similar trend of putting in Easter Eggs and references that connect with other MCU movies and the rest of the world. Here are 10 things you probably missed or weren’t able to connect with the source in Black Panther. 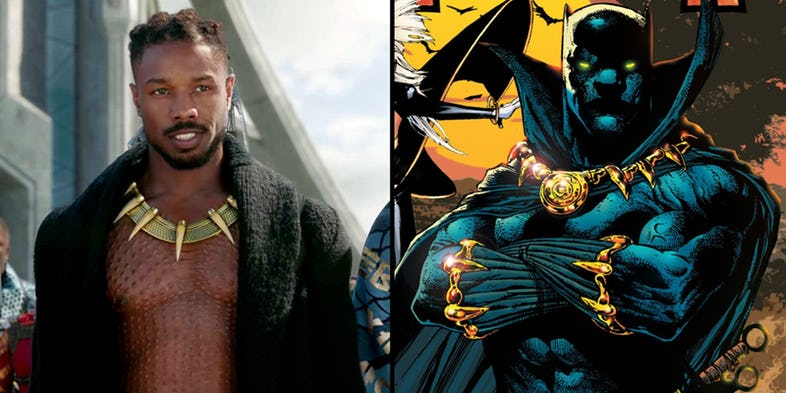 In the first two trailers of Black Panther, we got to see Erik Killmonger wearing the Gold Necklace that actually fits Black Panther’s suit within its tips. While this tech of the suit was fairly new for the movies, but the Gold Necklace is something the comic book readers would be familiar with. Even though the necklace was eventually worked by Killmonger, but it was meant as a suit for T’Challa, and it is the perfect copy of the version Black Panther wore in Marvel’s comic books.

Shuri gets another White boy to fix 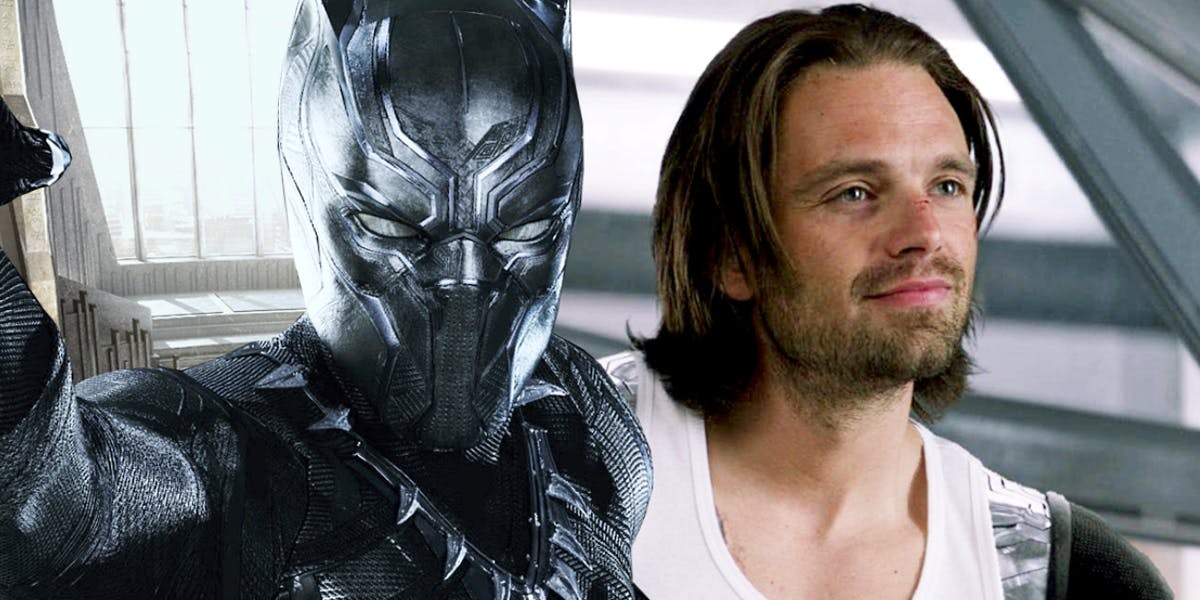 In the movie, Everett Ross (Martin Freeman) gets shot and he would not have survived if not taken to Wakanda. Since he saves Nakia, he was taken to Wakanda for Shuri to heal him. As they give him to Shuri so she could heal him, she gets very excited to fix yet another “White Boy”. Now this was a direct reference to the Winter Soldier as T’Challa takes Bucky and Cap to Wakanda and there he hands Bucky over to Shuri. This scene confirms that Shuri was the one to heal him. 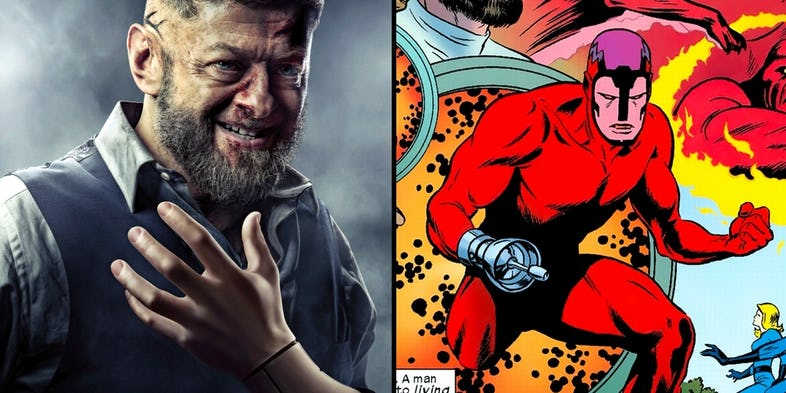 When we first saw Klaue in Age of Ultron, he loses his arm at the hands of Ultron. Now we see him in Black Panther with a brand new arm cannon in place of his real arm. He explains in the movie that it is based upon Wakandan technology which is a direct step towards referencing the sonic canon he has in the comics. 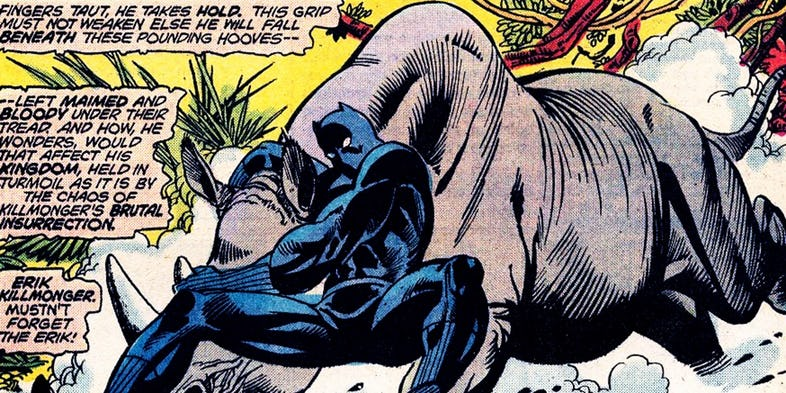 Towards the final battle in the movie, we find Black Panther taking on W’Kabi’s entire tribe, and W’Kabi calls in the huge Rhinos that their tribes have breaded, so here Black Panther not only takes on the Superhuman Erik Killmonger, he takes down advance tech air crafts, fights the humans of the tribe, and along with them, wrestles with rhinos, which knocking down one huge rhino in particular. The rhino fight was a direct instance from the comics. 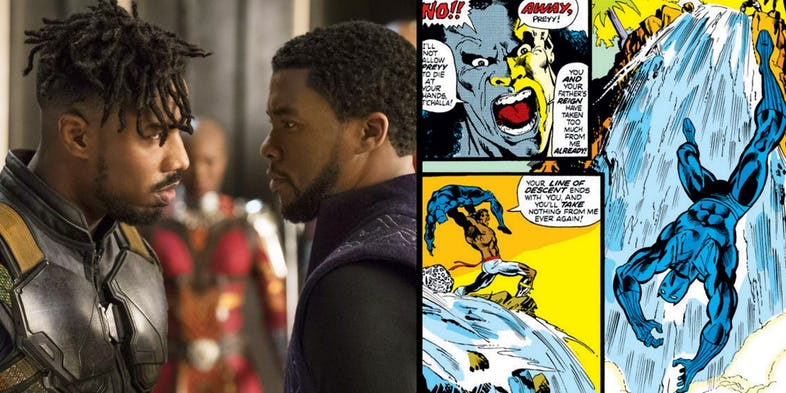 When Erik Killmonger extends his right to challenge T’Challa for the throne, being one of the royal blood, T’Challa accepts that challenge. As events turn out in the ritual ceremony, Erik Killmonger actually beats T’Challa even though he does not yield, and he throws him into a very high waterfall in order to kill him. Everyone suspects that T’Challa would have died. This is exactly how it happened in the comics as well.

The real son of the King 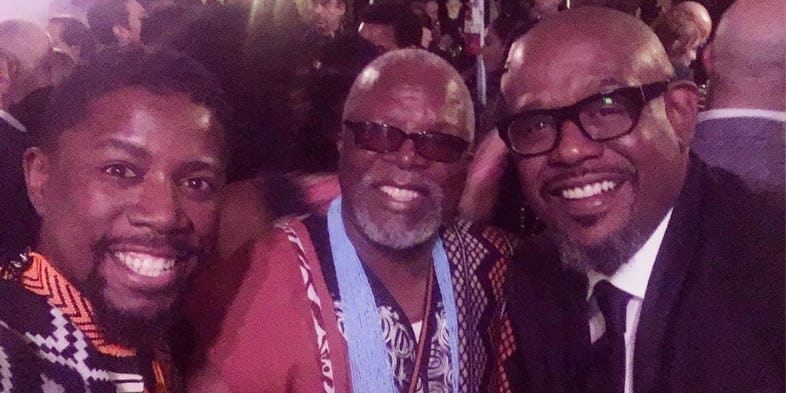 Bucky Returns as the white wolf 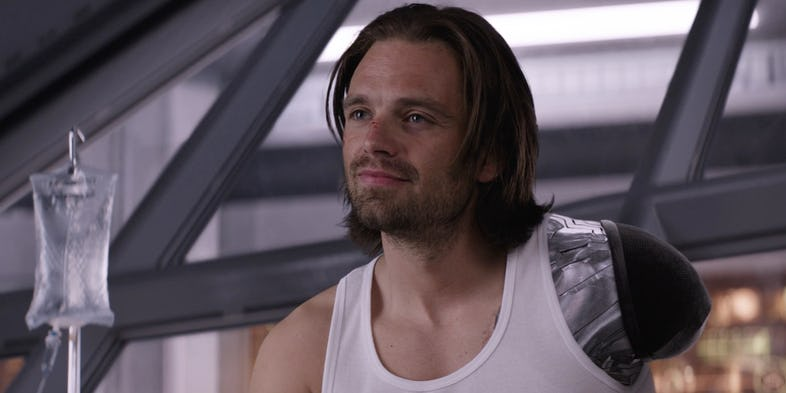 As we know that Shuri is the one who cures Bucky’s scrambled mind. Towards the end of Black Panther, Bucky wakes up and is confronted by Shuri. The children who were playing with Buck called him “White Wolf”, which carries a greater meaning as is a name given to an outsider who is stranded in Wakanda and eventually becomes T’Challa’s most trusted soldier.

Another Human Torch Up gradation 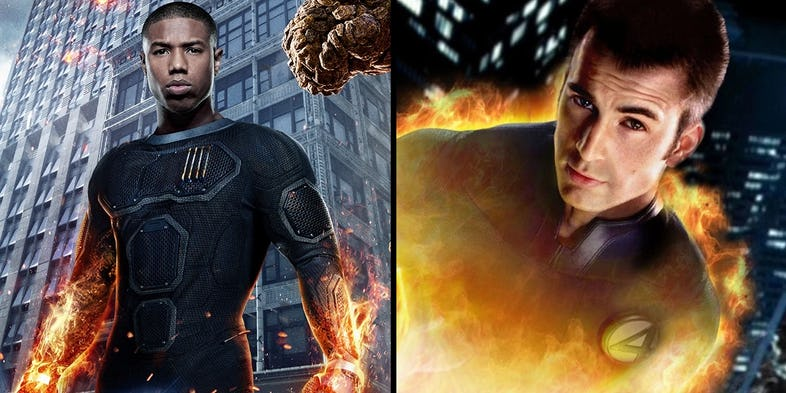 In the mid-credits scene, T’Challa announces that Wakanda will now come out of the shadows, here’s how it went:

“Wakanda will no longer watch from the shadows. We cannot. We must not. We will work to be an example of how we as brothers and sisters on this earth should treat each other. Now more than ever the illusions of division threaten our very existence. We all know the truth: more connects us than separates us. But in times of crisis the wise build bridges, while the foolish build barriers. We must find a way to look after one another as if we were one single tribe.”

Well, the script of Black Panther was written at the time when Trump just announced to build walls between America and Mexico. “While foolish build barriers” was probably there to throw shade at Donald Trump!

Shout out to Doctor Strange 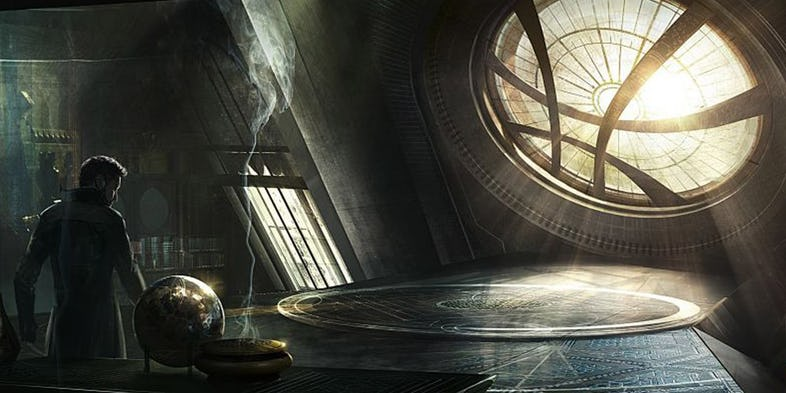 We saw in the film that Wakandan spies who are called the War Dogs are spread throughout every nation in the world. Killmonger gives the order to weaponize every War Dog to establish African world dominance. W’kabi informs Killmonger that when the orders were relayed to their War Dog spies, most were hesitant to go forward with it, but the forces at New York, London, and Hong Kong were ready to attack. This was actually a reference to Doctor Strange, as the three Sanctum Sanctorum are present in NY, London, and HK, even though the connection here is not that understandable.

Kevin Feige Teases That Thanos Could Appear in Eternals 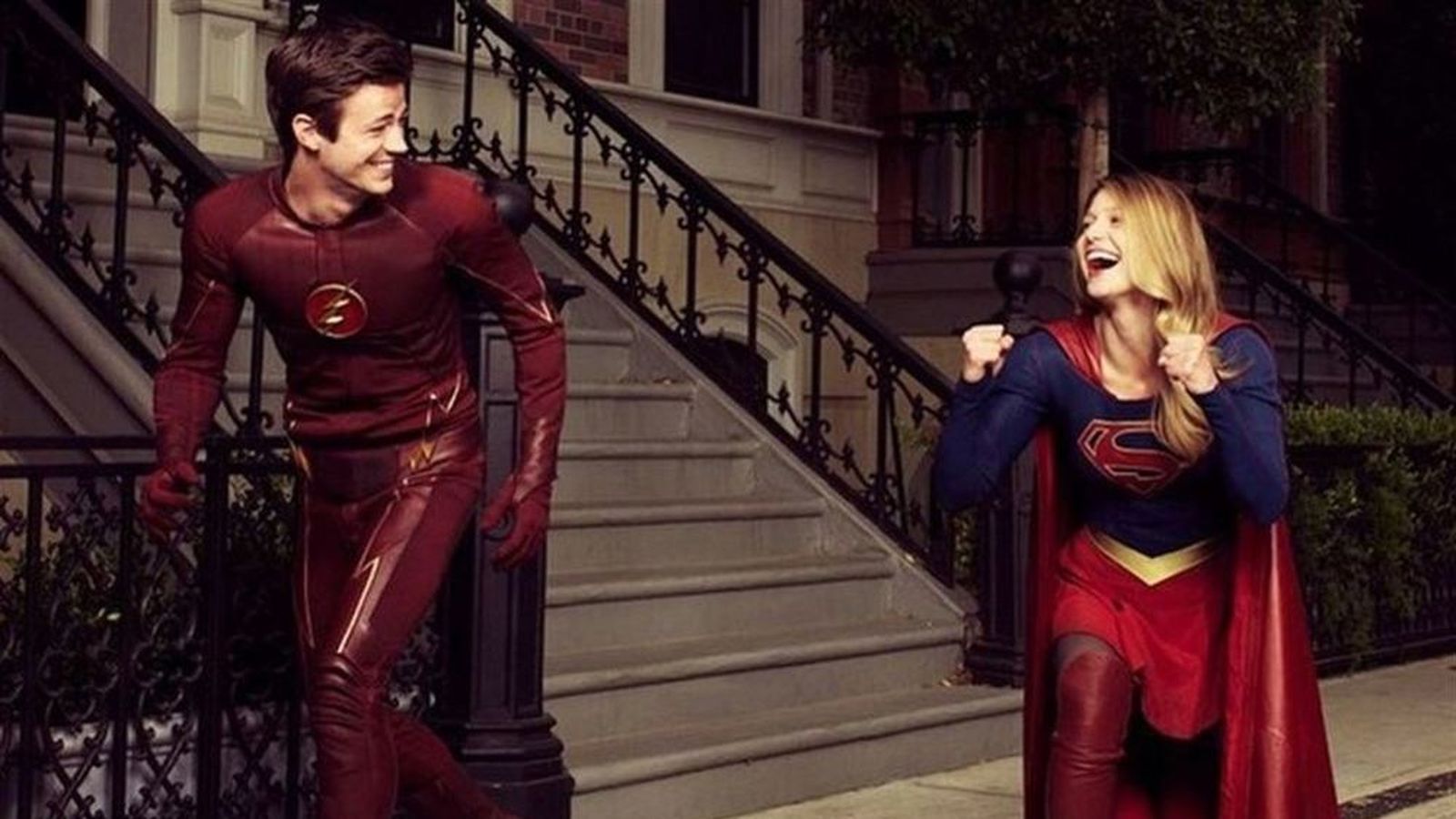 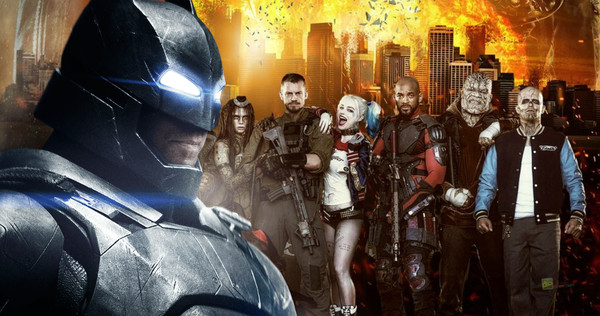