(2) Web Shooters Are Upgraded To The Max: 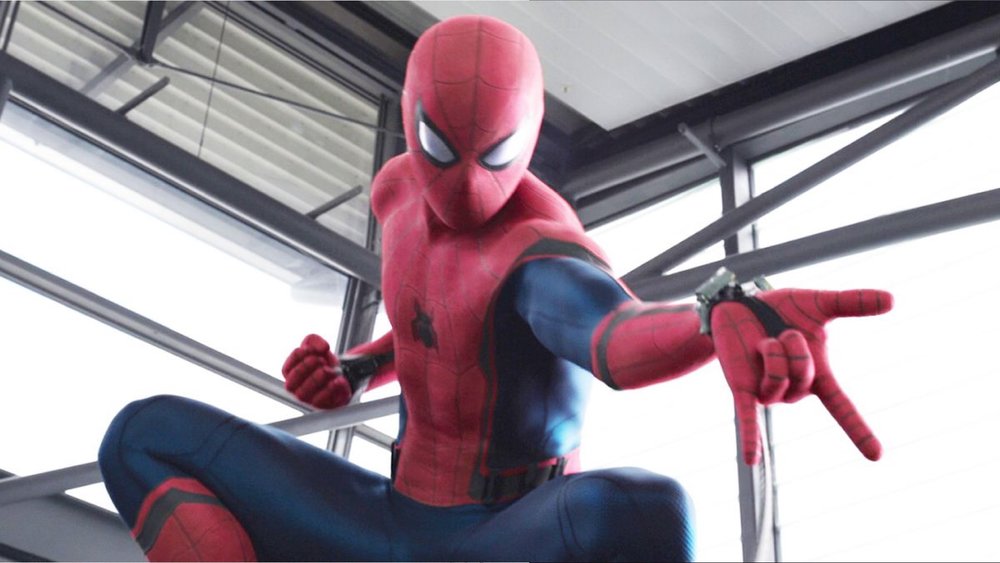 According to producer Eric Hauserman Carroll, Spidey web-shooters won’t be like the ones in Civil War. In fact, they will be better. The producer said:

“that when he does this [wrist-flick movement], he can adjust the spray, and he can even scroll through different web settings, like spinning web, web ball, ricochet the web… you know, all of the stuff we can see him do in the comics, Tony has built into this. That was sort of unlocked for him. So when he shines that, it will go [boom noise], and if he wants to shoot just the one swinging the web, it will go down really small. And if he wants to web a guy to the wall, it goes [makes noise] and goes like that. It’s kind of like a DSLR camera. He can shoot without it, or he can hold that thing a second, get his aiming right and really choose the web to shoot.”