Over the years, many variants of Deadpool have died some of the most horrible deaths, and come back. And a couple of them have been seen in his live-action adaptations. But this particular death of his by an elephant, no less, is way too horrifying to feature in the upcoming Deadpool 3. And with it being a Disney movie, it might be impossible for the movie to include this violent scene. Keep up with the post to find out more about the killer move of Deadpool. 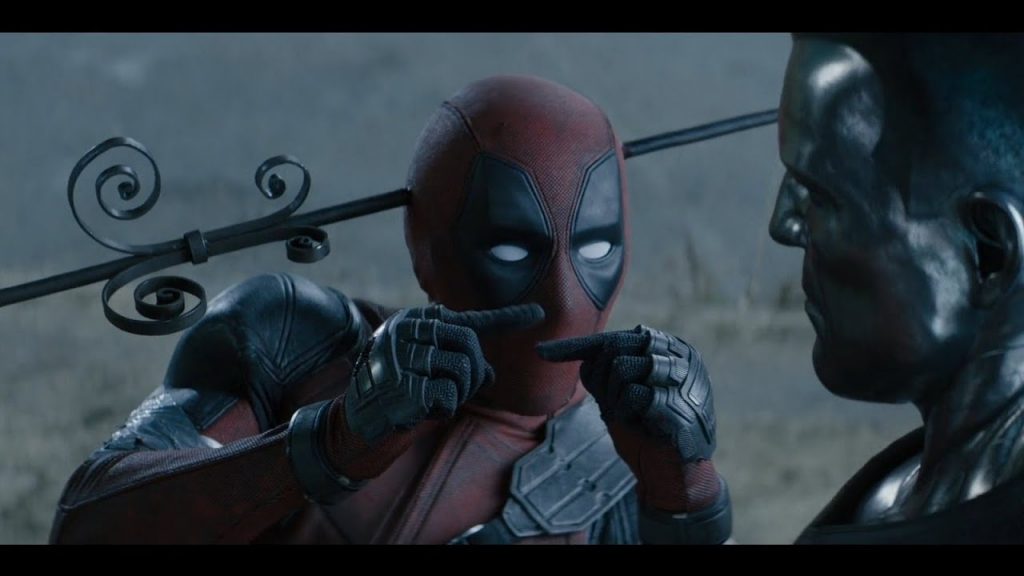 Ever since his first appearance, back in The New Mutants #98(1991), Deadpool has been a fan-favourite character. Readers liked the Merc with a Mouth because of his amazingly-awesome healing capacity and quirky one-liners. Once, upon dying, he regenerated from a single drop of his blood but didn’t forget to deliver a one-liner. Over the last three decades, he has faced some horrible endings but somehow always managed to come right back. And Marvel hasn’t been afraid to showcase this in their live-action movies. But can we say the same as Disney now acquires the right to the Deadpool franchise?

WILL MCU FEATURE SUCH VIOLENCE WITH THIS DETAIL? 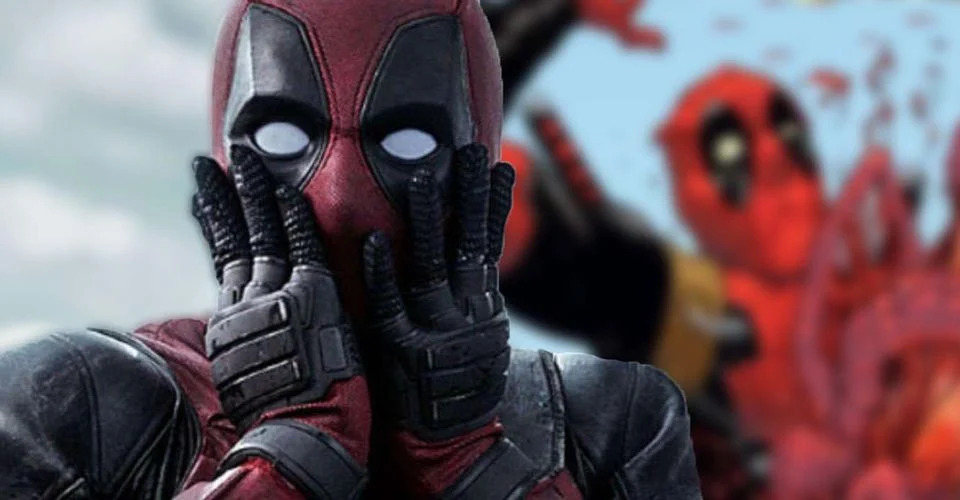 When Ryan Reynolds started making Deadpool movies, a promise was made that this superhero will not shy away from flaunting its R-Rated side. And the movies delivered on that promise. Both the movies featured some quite horrific scenes in enough detail to make them look almost realistic. We have seen Deadpool cut his hand off, get stabbed in the head and even get his body torn apart by Juggernaut. But in the end, he walked away while flipping everyone off. While they were all very graphic and violent, they are nothing compared to what you are going to find ahead.

In 2013’s Deadpool #2, Deadpool receives a task to put down all the dead presidents of the USA who had risen from their graves. Deadpool was all up for the task and doing fine until he followed Teddy Roosevelt in his hunt at the LA Zoo. We could say that all was going fine until we saw an elephant chasing 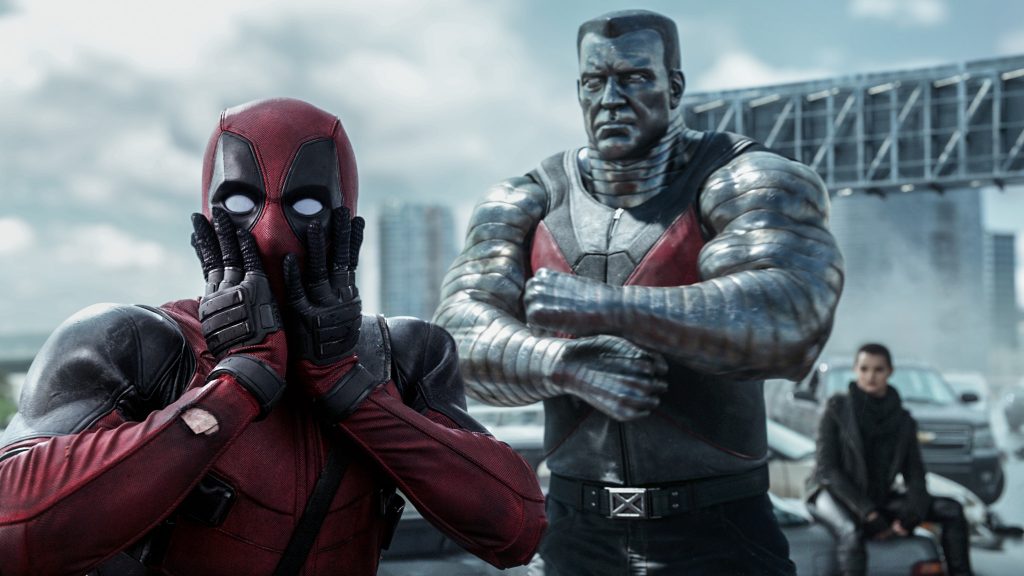 Deadpool and then impaling him with his giant tusks. It could have been like any of the hundreds of times when Deadpool got impaled, but what made this horrific was the fact that the tusk brought Deadpool’s insides right out. His intestines were wrapping around the tusk and blood was covering the slide. And they say that they make comics for kids!!! And it is interesting to note that he delivered a one-liner, even at his worst. 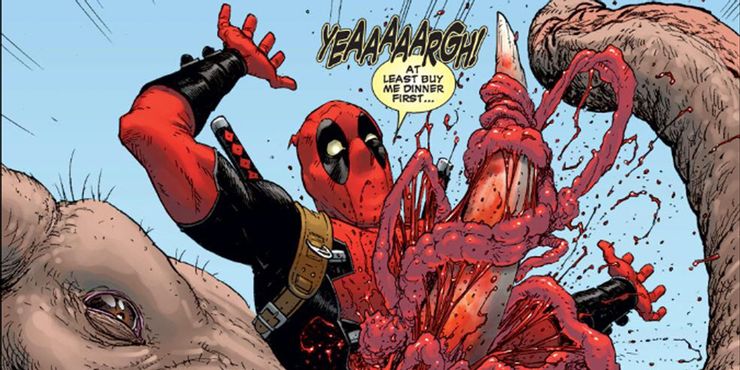 But is it enough to stop him? Of course not! Deadpool tried to suffer through the pain and hit Teddy Roosevelt with an electric shock. The shock was so intense that it burned the mighty elephant right off. Yes, Deadpool has survived way worse deaths but this one is just too brutal for any movie to feature. Even if it is Rated R! Therefore, some scenes should be restricted to the pages. These kinds of scenes are what make comics special. They don’t have to censor their content for the children because they can just get off with a simple warning on the cover!

As a Deadpool fan do you think that this killer move of Deadpool? answer it down in the comments. 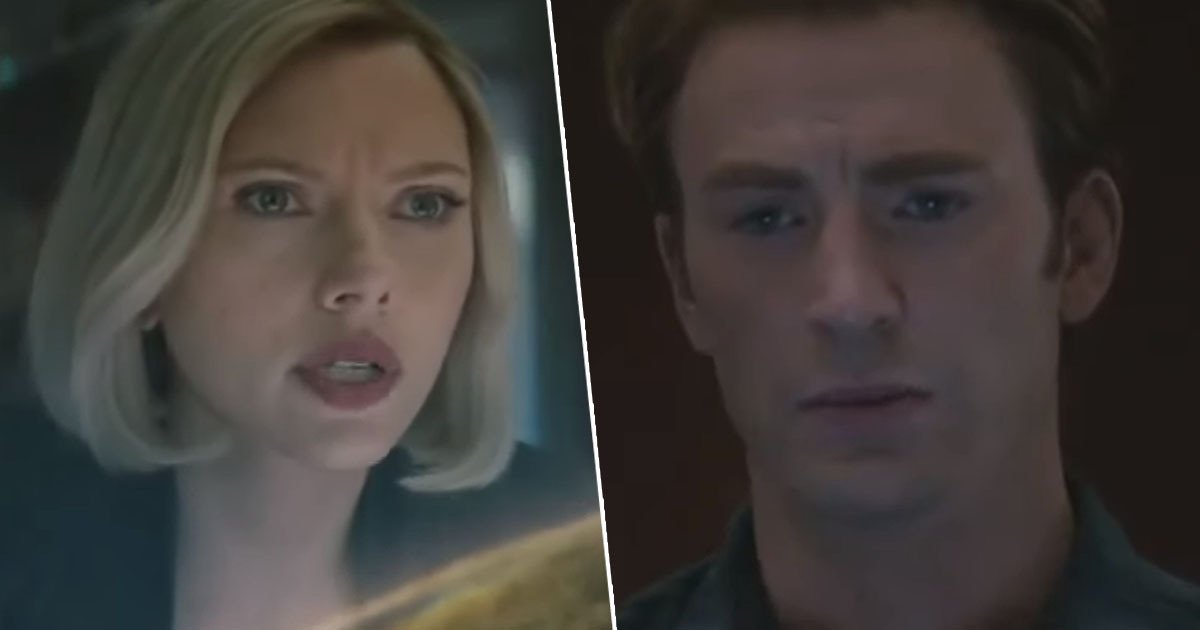