Wanda Maximoff, aka the Scarlet Witch, is the strongest MCU character, and it has been proved multiple times. However, her origin as the one coven-less Scarlet Witch is one of the biggest mysteries of the MCU. When she debuted in 2014’s Age of Ultron, her powers were believed to arise from Strucker’s experiments with the Mind Stone. However, WandaVision redefined her when Kathryn Hahn’s Agatha Harkness explained that she was forged. And we think the origin of Scarlet Witch is going to be redefined again as Disney+’s Moon Knight proceeds. 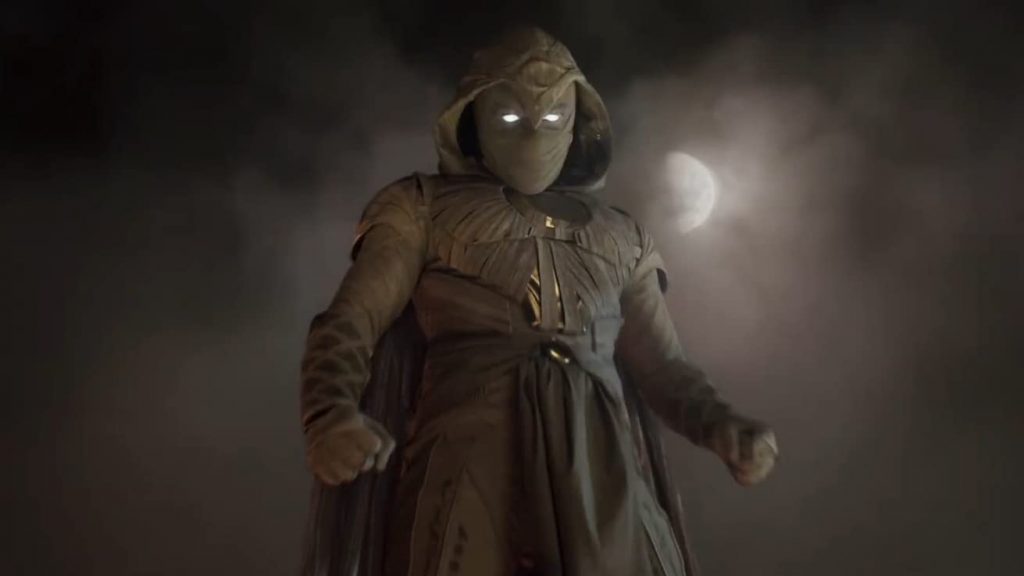 Disney+’s Moon Knight was one of the most amazing premiers of any Disney+ MCU show till now. The show introduced us to the conflicted mind of Marc Spector, from the point of view of his alter-ego, Steven Grant. The first episode gave us a glimpse into Steven’s messed up life. We see him struggling to function as a Gift-Shoppee as his body snaps in and out of his control. The show tried to conceal most of its details, but it also hints at the finale as Marvel enjoys it. And since its finale is coming just a couple of days before the world premiere of Doctor Strange 2, there most definitely is a connection. 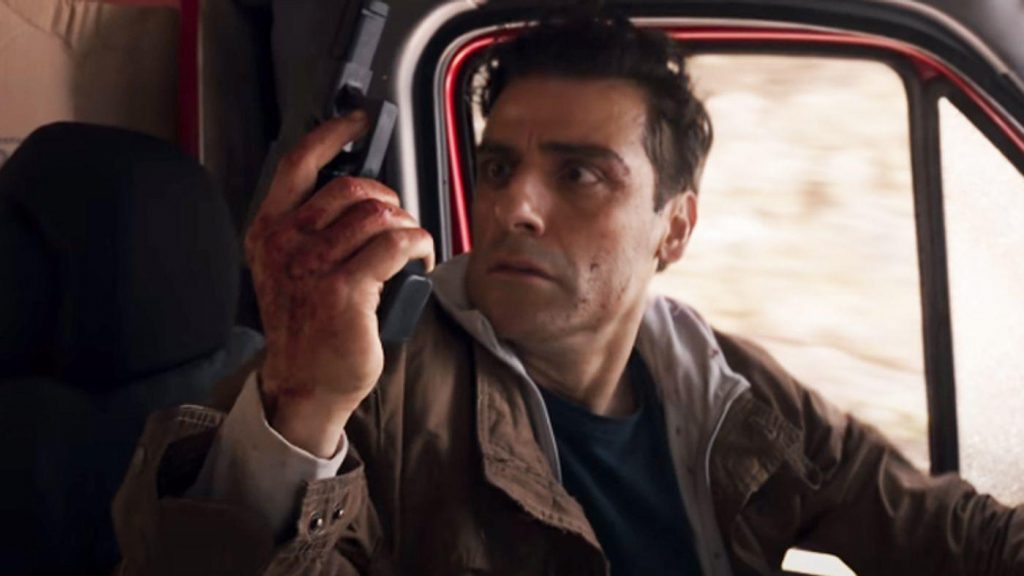 The episode emphasised Steven’s life and, unlike the comics, portrayed him as a vain person. However, with a bit of knowledge about the ancient Egyptian Gods, mainly the Elder Gods. And we think this knowledge is a hint that Wanda’s MCU origin is going to change for the better. There can be a connection between the Moon Knight series and Doctor Strange in the Multiverse of Madness

MOON KNIGHT AND HIS CONNECTION TO THE SCARLET WITCH

Marvel has a habit of hiding the hints to the finale in the most subtle places. And we think we may have found the exact hint we have been looking for that will connect Marc sector, Khonshu and Moon Knight to the main MCU streamline. The theory starts with Steven reading about The Ennead. As suggested by Egyptian mythology, the Ennead was a group of 9 Elder Gods, who sits at the top of the Egyptian Pantheon. The Ennead includes Osiris, Horus, Tefnut, Shu, Atum, Hathor, Isis, Khonshu, and Ammit. Much like the comics, these Gods will probably reside in Heliopolis, the dimension of the Gods. 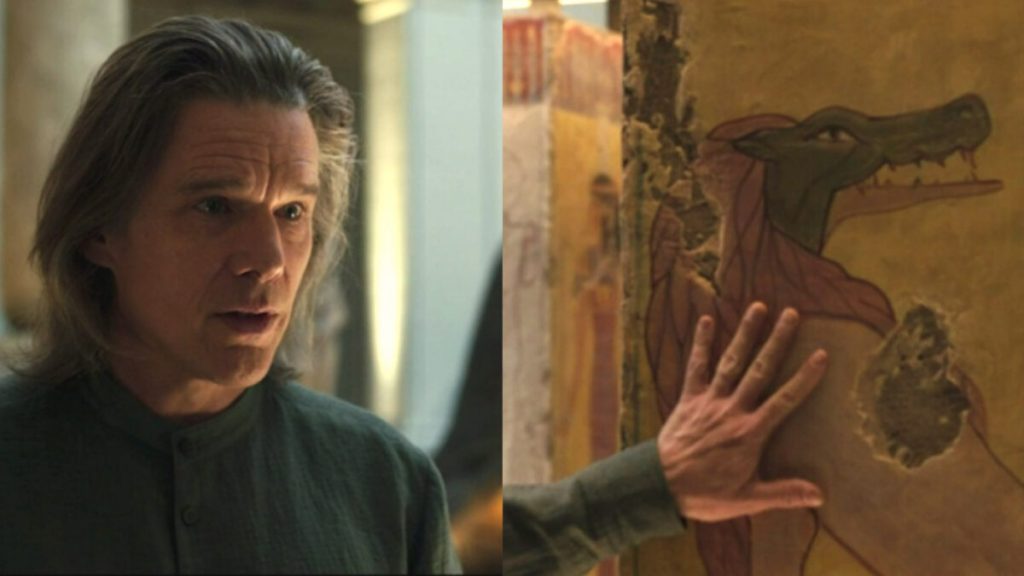 And much like the comics, these Elder Gods can not affect the human plane unless they have a conduit. Or much more clearly, a slave. If you haven’t already guessed by now, Marc(or Steven) is a slave to Khonshu and Arthur Harrow is the conduit of Ammit. And while Marvel hasn’t revealed any more conduits, there is a high possibility that other Gods have a conduit too. And for our theory to hold, the existence of these conduits is significant. Because we think that Wanda Maximoff is one of them. We think that she is the conduit of Chthon, one of the Elder Gods and a cosmic-tier character in the Marvel comics. Plus, the MoM has already teased him. 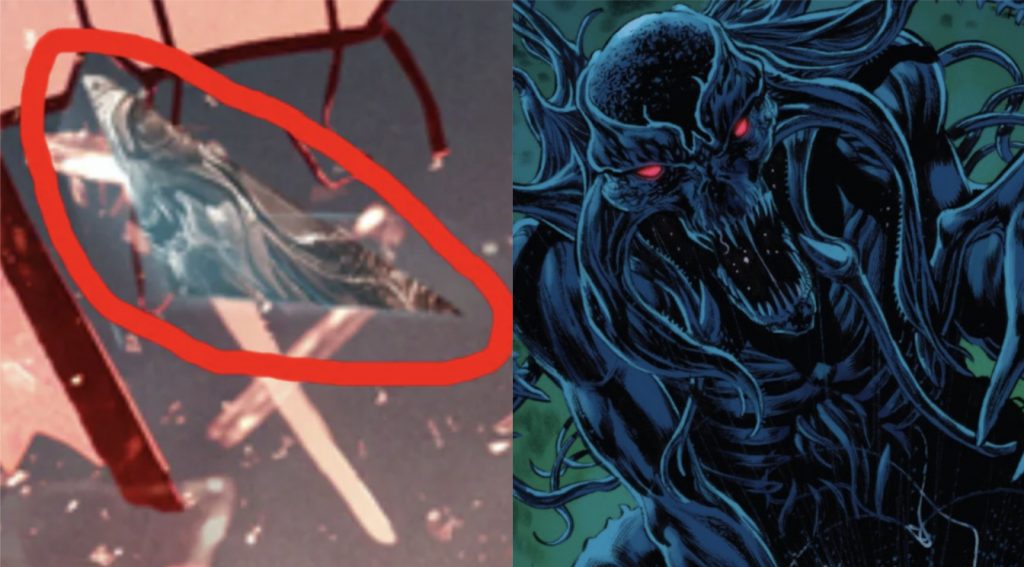 It might be difficult for you to believe at first, considering that nobody has mentioned Chthon in 14 years of the MCU. Not to mention, the Egyptian Gods are fairly new concepts in the MCU. But wait till you hear how Marvel has been setting up Chthon for this movie. Every Elder God possesses some type of magic that he uses to hold his position in the Human dimension. And guess what kind of magic does Chthon practice, Chaos Magic! And if it is anything like the comics, which is the case by far, Chthon is the real author of the Darkhold, the book that is making some big noises in the MCU lately. Moreover, his face, or a lookalike, in the posters for MoM confirms the first part of our theory.

HOW THE PRESENCE OF CHTHON AFFECTS WANDA’S ORIGIN AND FUTURE? 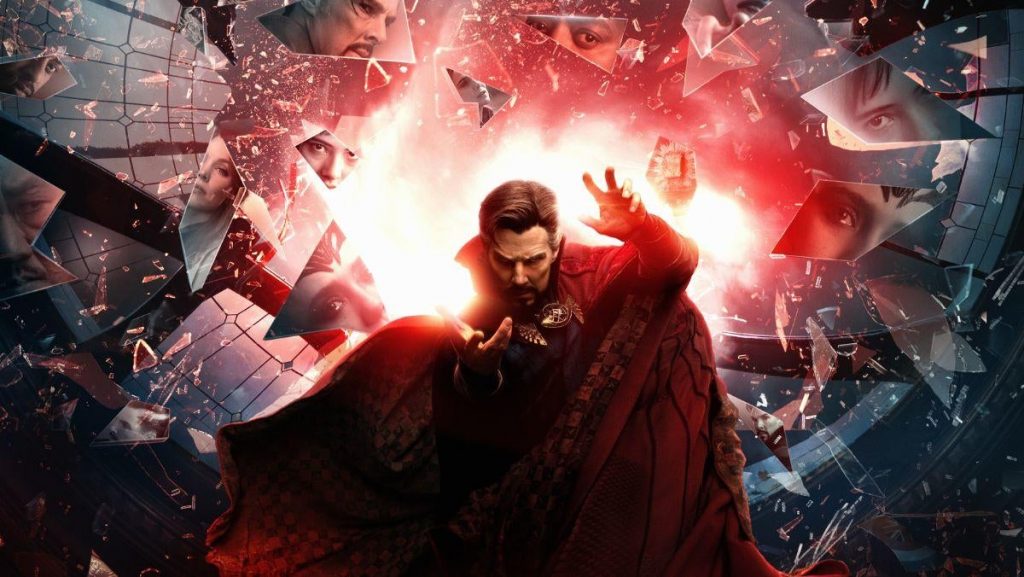 Chthon was one of the first Elder Gods and a Master of Dark and Chaos Magic. He was one of the first sorcerers and wrote the Darkhold. Our theory suggests that when he was forced out of the human dimension, he left the Darkhold to still control the planet through one of his conduits. Maybe this is where Lord Voldemort got the idea of leaving his diary behind as a Horcrux! But he planned his return all along and selected Wanda as her conduit. And if we consider Darkhold to be more or less like Voldemort’s diary, then we have to consider that the more Wanda reads it, the more Chthon will be able to control her like Khonshu can control Marc. 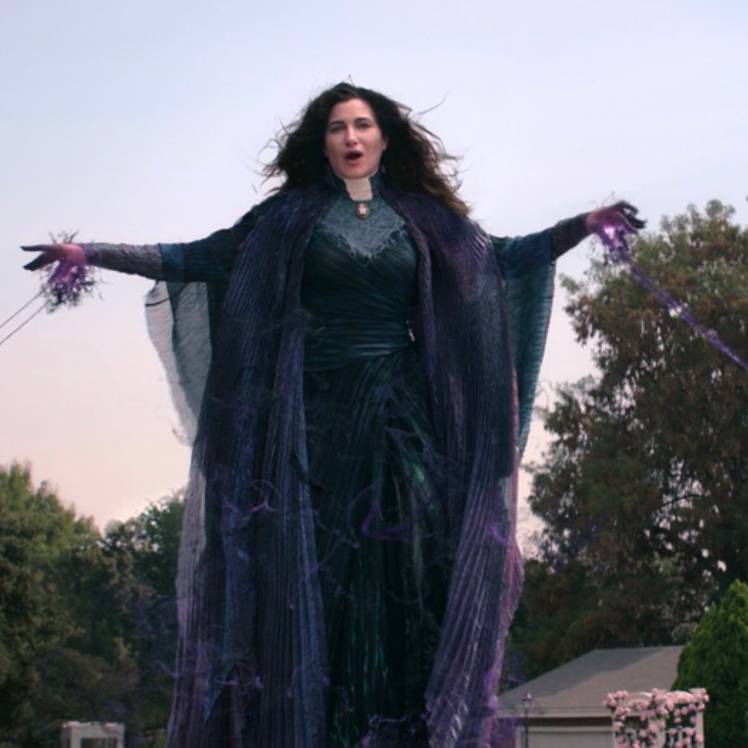 Plus, when Kathryn Hahn’s Agatha Harkness warns about the prophecy of the Scarlet Witch, she mentioned that there is only the Scarlet Witch. So this might point toward the destruction Chthon will bring if he takes over Wanda completely. And this might give birth to the evil Wanda that everyone has been talking about since Marvel released the MoM trailer. When we heard the finale of Disney+’s Moon Knight will arrive on May 4, we were sure that it will be a trick as MoM hits the theatres on May 6. And since Doctor strange in the Multiverse of Madness is only 126 minutes long, this must mean that the movie will be set up long before the movie even starts. And if Marvel introduces Chthon in Moon Knight, MoM can just pick right after it. This is a genius movie by Marvel hats off for this!

Do you think that the Moon Knight series can redefine the origin of Scarlet Witch in future episodes? tell us in the comments below. 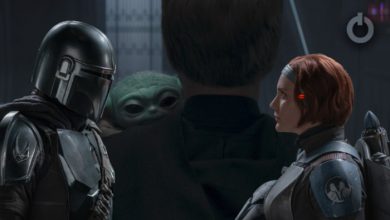 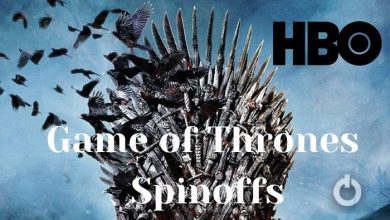 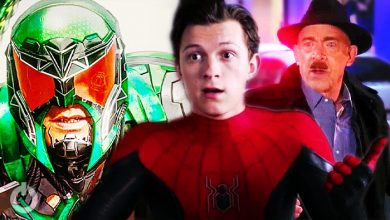 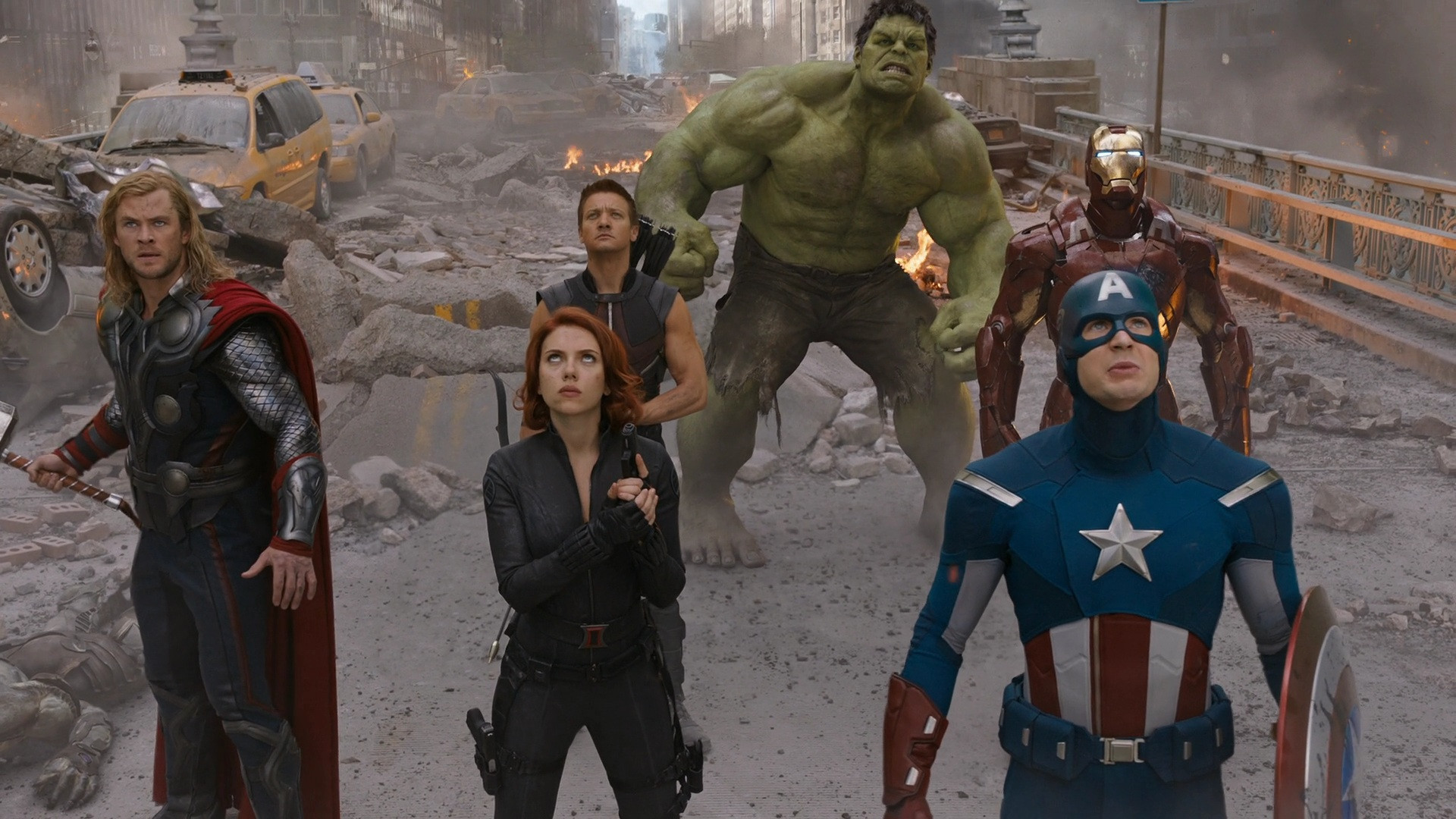