Before Thor: Ragnarok, Thor franchise was considered to be the weak link in the entire MCU but the threequel really changed that perception. Ragnarok is now rated among the top 5 Marvel movies of all times. It was inspired by Jack Kirby’s comic wherein Asgard is burned to the ground and Thor has to fight evil villains to rebuild the Asgardian society from the ashes. In the movie, the big bad was his own sister Hela aka Goddess of Death who was banished by King Odin but has now returned stronger than ever.

Taika Waititi is one of the great emerging Directors in Hollywood and we saw what he did for the Thor franchise, as Thor: Ragnarok was a masterpiece, and it was totally different than the previous two Thor movies which changed the perspective of people for the mighty God of Thunder. 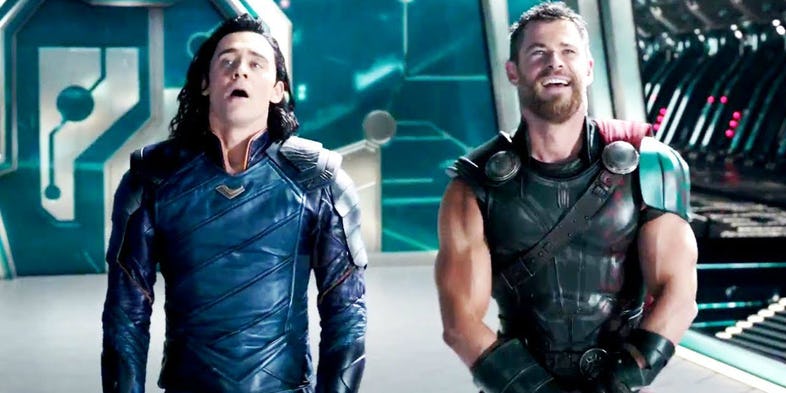 It was the first movie which was shot as a full-on comedy movie, along with some thunderous action. We would never have known that Chris Hemsworth has such an incredible sense of humor and comedic timing, if not for Taika’s directorial style. We don’t know whether Taika will return for another Marvel movie or not, but he is surely interested to make a Thor: Ragnarok sequel. In fact, Marvel is in talks with Hemsworth to renew his contract should he come for Thor 4 which is still in the conceptual stage.

For now, his next movie has brought in Black Widow actor Scarlett Johansson as lead. 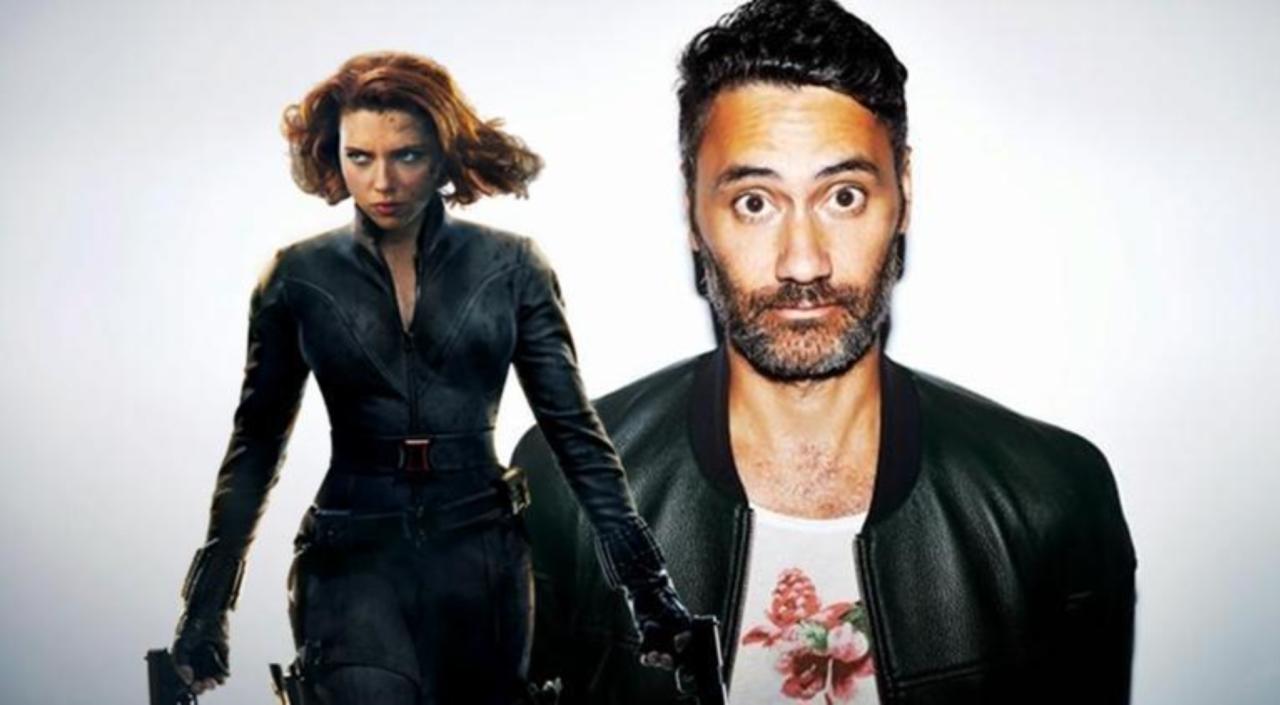 Waititi has been consulted for his inputs in the two Avengers movies, but after that, he will be taking a break from Marvel as the next movie he is working on is called Jojo Rabbit. ‘Variety’ has given out a new report that Scarlett Johansson has signed on to play the lead role in Taika’s next film Jojo Rabbit.

Details in the report state that Jojo Rabbit will be a drama flick set during World War II when a young German boy discovers his mother is hiding Jewish girl in their house and Scarlett Johansson is going to play the mother. By the looks of it, the movie sounds pretty interesting and serious, and it is nothing that the name suggests. 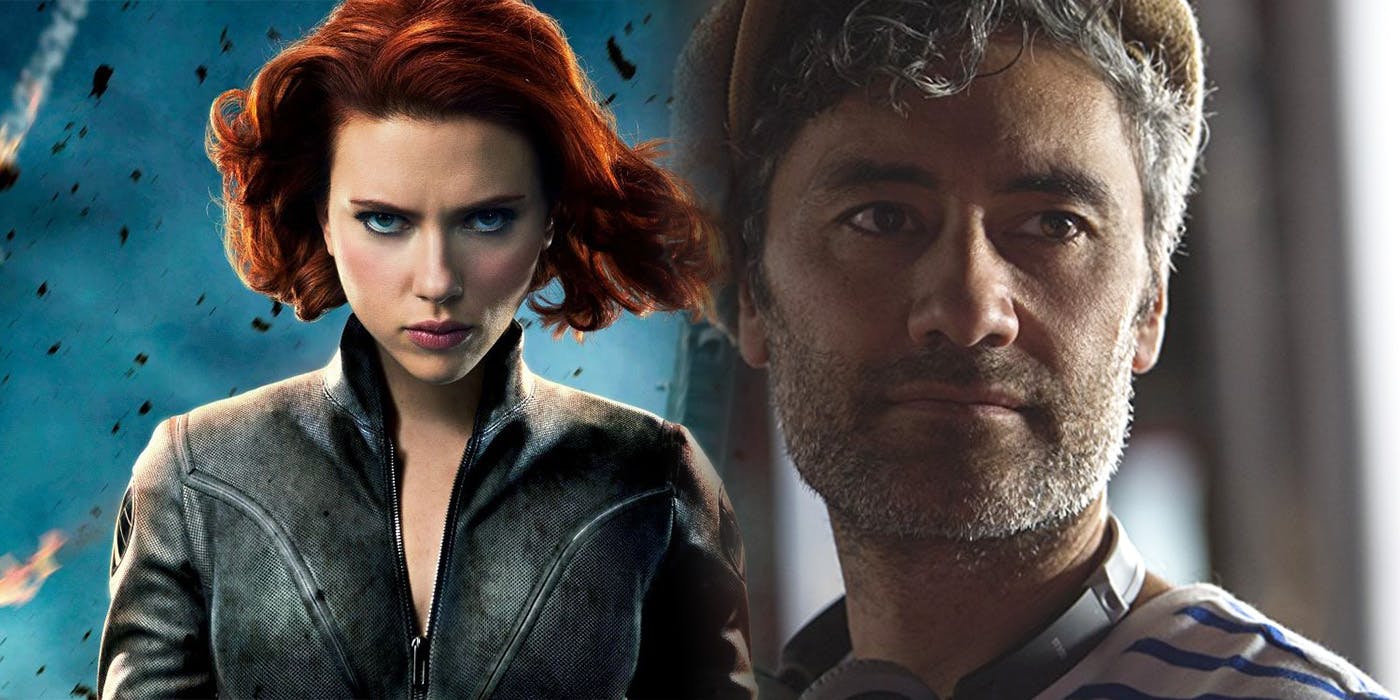 Waititi has been offered to make a lot of different projects in Marvel after Ragnarok, so let’s see how things will work out with that, but currently focusing on the television adaptation of his cult favourite ‘What We Do In The Shadows’, Variety’s report also suggests that Taika has already been discussing the project with Scar Jo as he is too determined to make Jojo Rabbit next. 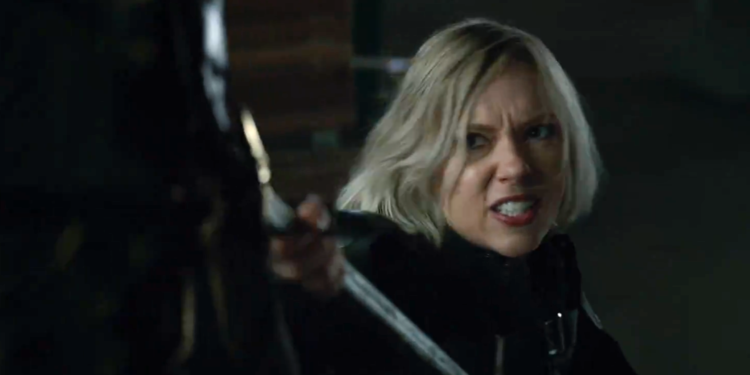 Scarlett Johansson is going to appear in the upcoming two Avengers movies next, and Disney and Marvel have also put in a much demanded Black Widow solo movie in production, so we could expect Scar Jo to show up in that movie as well, and currently the movie seems to be coming out in August 2020 as Marvel has hired a writer for the movie pretty soon, so it only makes sense to bring the movie out in 2020, and Marvel would like to get done with it as soon as possible to see how it goes with the audiences.

It was thought that Waititi could helm the Black Widow movie itself, but now it may be surprising for the fans to see Taika and Scarlett Johansson collaborate in a movie entirely different from a Superhero movie. Taika Waititi has already mentioned in an interview that he wants to tackle Black Widow in a movie that he makes. Here’s what he said: 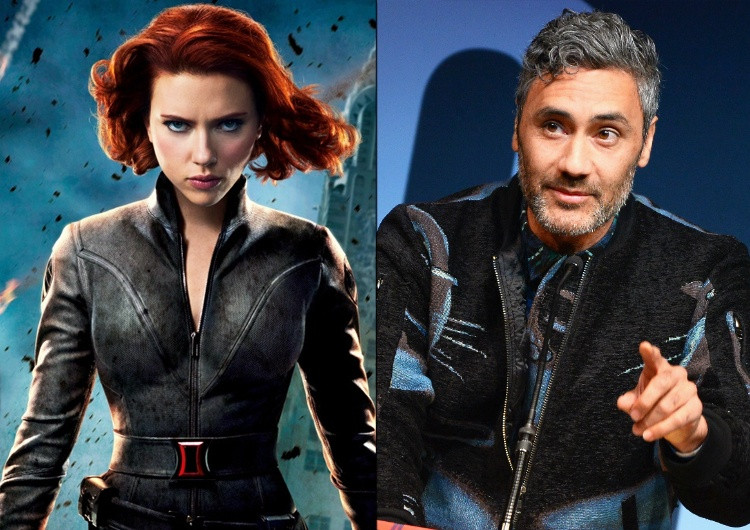 “In all honesty, I reckon I could probably bring something pretty unique to any of the franchises. So I’d love to see Black Widow. [I’d like to see] Black Widow as something crazy and a bit funnier than we expect it to be. Because we know her story and it’s very sullen and very dark and her history is very dark. But! What’s the funny version of that? What’s the more entertaining version of that?”

Taika Waititi doubled down on the idea of having a comedy Black Widow movie and said:

It’s unimaginable for Marvel fans to imagine a light-hearted movie on a character who is so broken from inside and is a deadly assassin. But nobody thought that Thor cracking jokes with Hulk and Valkyrie would work either. That’s the genius of Taika. Maybe someday we will see a comedy version of Black Widow, but her solo movie is definitely in the works.

Stan Lee, the veteran writer of Marvel comics, confirmed the development at a Supernova Comic-Con in Brisbane, Australia. His word has to be taken seriously as he was the one who made a similar comment regarding Black Panther movie when nobody was expecting it, but we did have Black Panther solo movie. 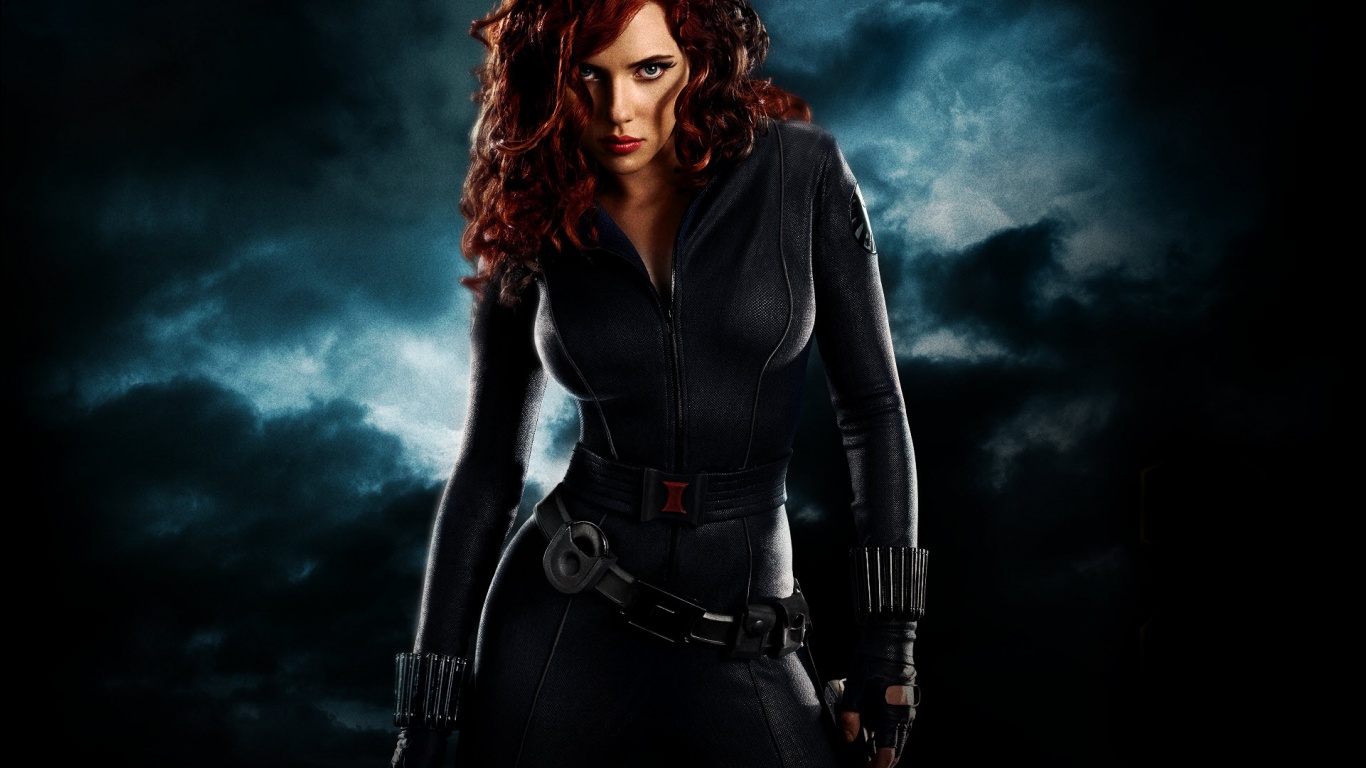 Scarlett Johansson was currently asked about what she would like to see in the solo Black Widow movie and here’s what she replied:

“I think that there is a…(laughs) it’s such a loaded question. Yes, I would want to in the right context and for the film to fit where I’m at, where I am in my life. I mean I’ve played this character for a long time. It’s been probably like 8 years or more, and so much has happened in my life, my life as a performer and happened in my life personally. 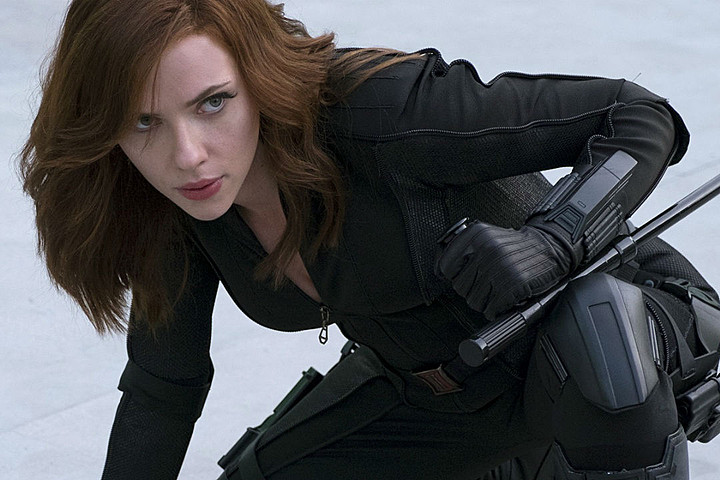 I love playing this character, and I think there is definitely an opportunity to explore the Widow as a woman who has kind of come into her own and is making independent and active choices for herself probably for once in her life. You know she hasn’t always had that possibility so if it fit that criteria then yes I would want to do it”.

Earlier, ScarJo had this to say about Black Widow solo movie:

So let’s see what happens with the solo Black Widow movie. Kevin Feige has said that Marvel is committed to a Black Widow film. The actor Chris Evans who plays Steve Rogers aka Captain America has come out in support of a Black Widow movie as he believes that it could be a great addition to the roster of Marvel movies. According to him, Black Widow has been an important character in the MCU and she deserves her own movie. 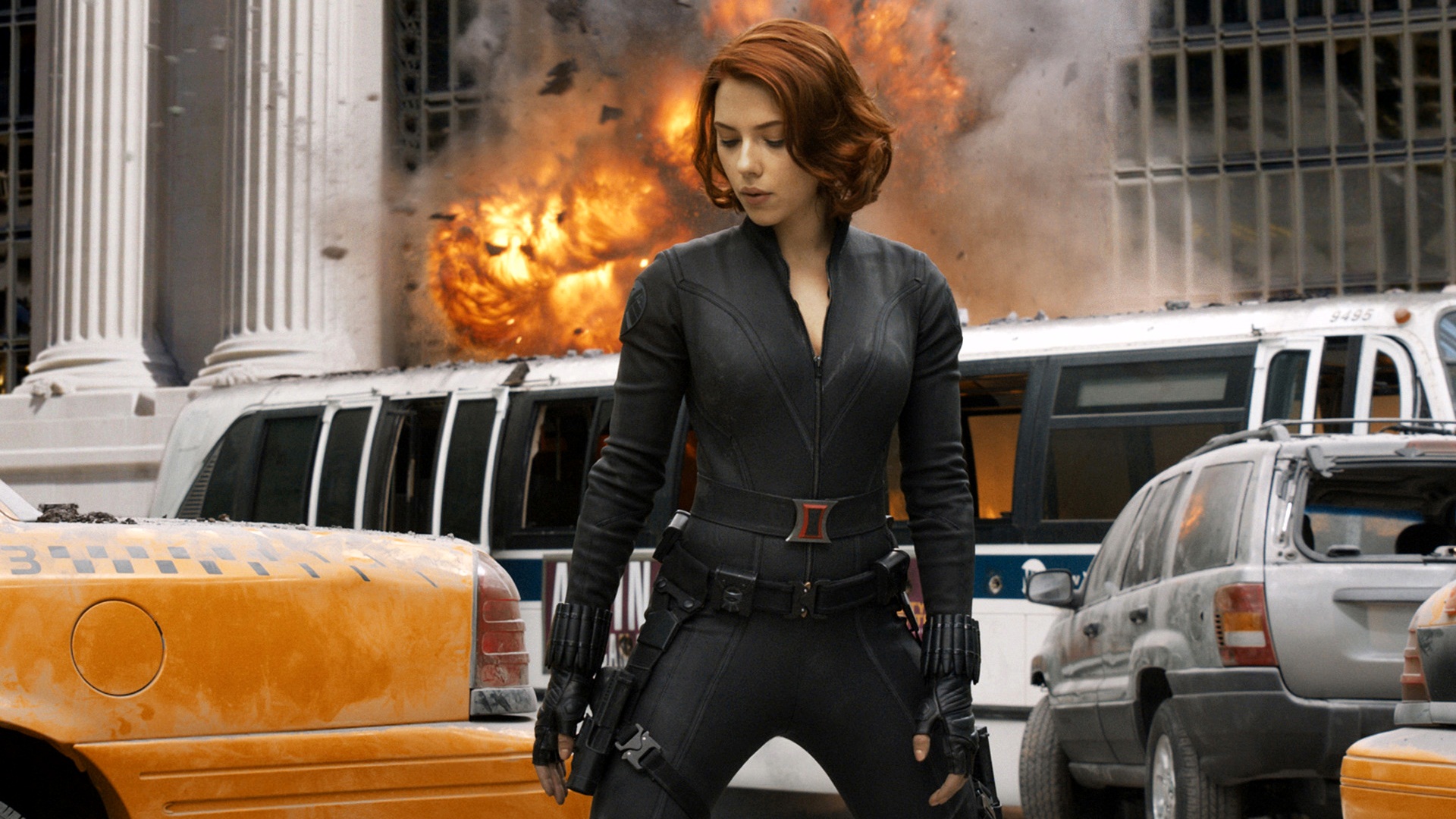 It would be a lost opportunity now for Marvel if they still sit on the solo Black Widow project. According to Fandango, an entertainment website that carried out a survey among Marvel fans on behalf of USA Today and the findings were really astounding. Around half (48%) of entire Marvel fan community is in favor of Black Widow solo movie followed by Vision (15%), Falcon (12%), Hawkeye (10%), War Machine (8%) and Scarlett Witch (7%).

Well, let’s wait for the official announcement from Marvel until then we have Jojo Rabbit starring ScarJo. No release date has currently been assigned to Jojo Rabbit.

Don’t Miss: 15 Locations Where The Soul Stone Could Be In Avengers: Infinity War

We Finally Have The Avengers 4 Trailer Release Date, So No More Waiting! 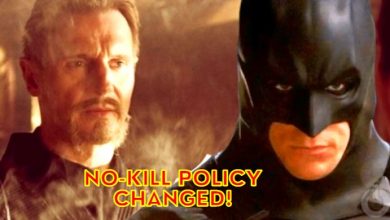