The Marvel Cinematic Universe has created some magnificent things over the last decade and a half. This cinematic universe has brought them back from the cusp of bankruptcy and into times of abundance once again. The success of the MCU has now allowed Marvel Studios to bring out the obscure characters from comic pages onto the silver screen. Who would have thought that Kit Harrington would be playing Dane Whitman in the MCU? It is relevant because Dane Whitman will become Black Knight, the greatest swordsman on the planet who fights alongside Avengers. 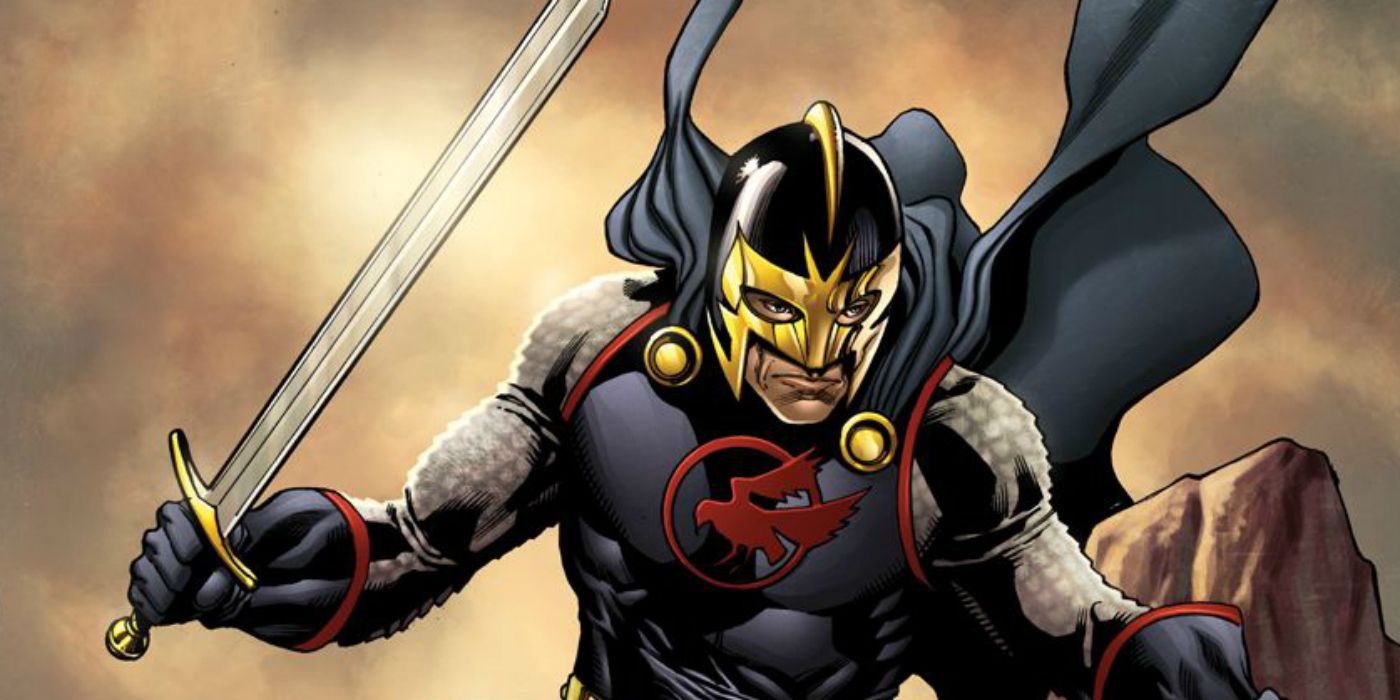 Who is this Black Knight? Why do we care? And why are we talking about this after a movie about cosmic beings like the Eternals and the Celestials? Does a sword not seem moot in front of infinite cosmic energy? Not when it is this sword. You see, in the after-credits scene of Eternals, Dane Whitman aka the love interest of Sersi unveils a sword. This sword seems to whisper to him and looks like the cursed Ebony Blade from the comics. Dane Whitman in the comics wields this blade and calls himself the Black knight, a superhero who assists the Avengers in various battles.

But there is a catch. The Ebony Blade was supposed to be welded by the pure of heart as explained by Merlin who created the sword. But the secret of the sword is that it can only be wielded by those who are impure of heart. The blade was actually designed by Merline for Sir Percy ( ancestor of Dane Whitman) to make him the greatest swordsman at the time. But the catch is that the blade seeks out evil inside you and amplifies it until there is nothing but a berserker left.

This seems to be true in the MCU too. The Ebony Blade blesses its user with incredible power, but it also comes at an incredible cost. This sword also prolongs its user’s life as much as it can. The last Black Knight before Dane Whitman was Nathan Garrett, his uncle who is mentioned in the movie several times. This Black Knight was a villain who was defeated by the Avengers in the comics. But here, he is nowhere to be seen. There is a reason for this and the reason is most likely that Nathan Garrett will work better as a villain against Dane Whitman than the Avengers of the MCU. 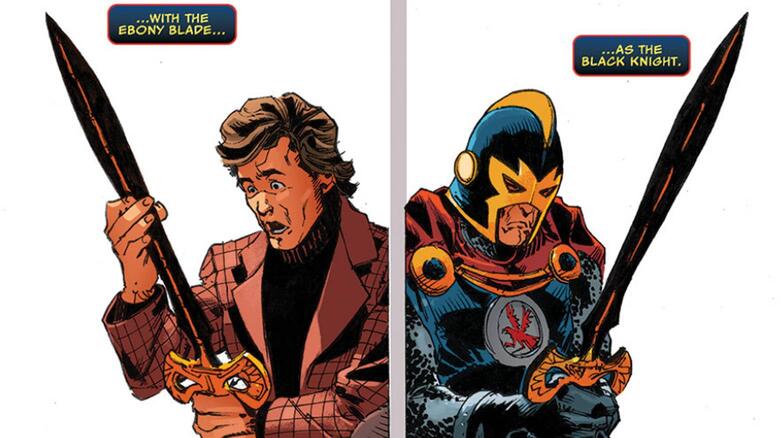 This Ebony Blade is a malicious piece of weaponry. It was created by Merline so that Sir Percy may sully his honor in battle but it also gave him immense power in the series. There is a possibility that we will see a similar story play out with Kit Harrington’s character in the MCU. Moreover, there is another question that we must address. Who does the voice at the end of the second after-credits scene belong to? It has been confirmed by Chloe Zhao that it is Mahershala Ali’s Blade who has come to recruit Dane. 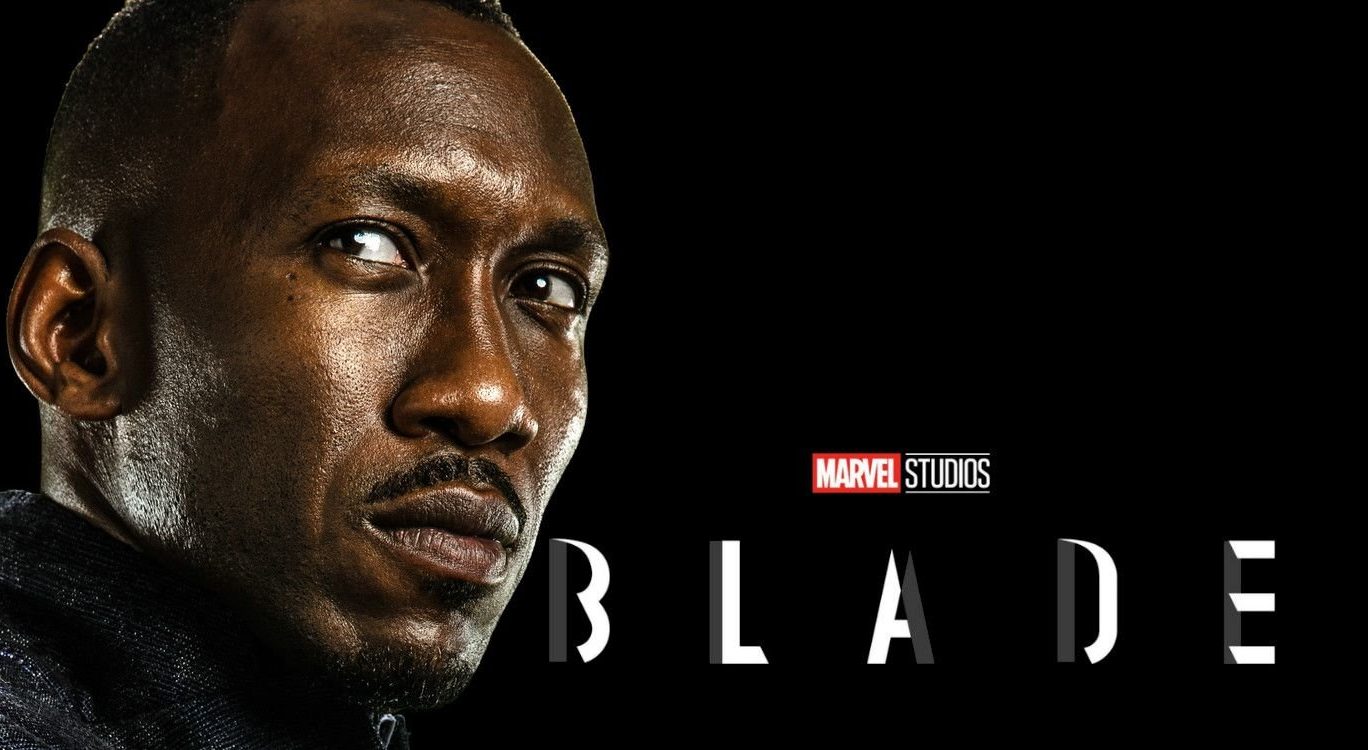 Blade was the iconic movie that popularised superhero vampire hunters but there is another element to this hero that connects to the Black Knight. The Excaliburs was a team that got together to fight against supernatural foes. One of these foes was Dracula himself who was the one who created a replica of the Ebony Blade. In the comics, it was revealed that the Ebony Blade wielded by Dane was actually the replica created by Dracula. 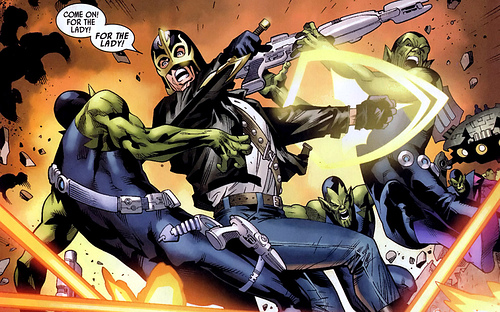 This made the Blade itself vampiric in some sense and if this storyline is kept intact in the MCU then it won’t be surprising to see Dane in Blade. It seems obvious at this point that the Ebony Blade will soon be replaced with Excalibur in the movies. Thena plays with the original King Arthur sword in the Domo in Eternals. This is confirmed by sprite. We think that Dane will try to use the Ebony Blade to try to rescue Sersi from Arishem but would be asked by Blade to help him. This would start the Excalibur team-up and lead to the events of Blade where they hunt down Dracula.

After this, Dane might be consumed by the evil within the Ebony Blade and would discard it. To make sure that he can continue to be the hero he needs to be he will be given the Excalibur from The Domo and he will become the true leader of this new team. We think this will be the logical progression of events, taking a note from the current lineup of MCU movies, unless more are announced. Let us know what you think about this in the comments below and keep watching this space for everything Marvel, DC, and Hollywood. Excelsior!!!