October had been a big month for all the studios to give us a glimpse of their future projects. Now that the COVID pandemic is behind us, delays to the pending movies and TV shows have ended. We got a bunch of amazing new trailers for several projects in October. Here are the best movie and TV trailers, ranked. Save the dates for their release!

Tiger King was released on Netflix last year and it was an unexpected success for the platform. Viewers seemed to like the way Joe lived his life. To our surprise, Netflix picked up the miniseries for a second season and released its trailer within a few weeks of this announcement. The trailer looks promising as it gives us deeper insight into the life of Joe. The audience can stream the new season on Netflix from November 17.

The Uncharted Series has been a popular video game among youth and ever since the announcement of a live-action movie, the players had gone wild. Following the corona outbreak and the controversy regarding the casting of Nathan Drake, the long-awaited trailer of the movie was released last month.

The trailer was exciting, though it displeased a lot of people who did not want Tom as Drake. The film tried to solve the problem by including a much younger version of Nate. With some electrifying action sequences and unsolved mysteries, the film looks amazing. The film will hit the theatres on February 18 next year.

Similar to Uncharted, The Witcher was a live-action adaptation of a video-game series that is based on a novel by the same name. The first season premiered on Netflix back in 2019 and the second season arrives soon. Now that Henry Cavill has established himself as an actor, the second season hopes to collect more viewership than the last one. The trailer of the show reveals some exciting new content including fresh witchers and storylines. The second season will start streaming from December 17 later this year.

Filled with a star-studded cast, Red Notice is a highly-awaited movie of 2021. The movie’s ensemble cast includes Dwayne ‘The Rock’ Johnson, Ryan Reynolds and Gal Gadot. The best part of the movie is its budget. Netflix boasts that this movie has the highest budget of any Netflix movie so far, thanks to its cast. The trailer f the movie was released on October 21 last month. and the movie will arrive on Netflix on November 12.

MCU’s Disney+ shows continue with Hawkeye. The miniseries will feature Clint Barton trying to retire from his life as a superhero but getting pulled back by a 16-year old Kate Bishop. The first trailer gave us an idea but this trailer gave us a glimpse of all the action that the series packs. The star cast includes Jeremy Renner, Hailee Steinfeld and a special appearance by Florence Pugh. The first two episodes of the miniseries will premier on November 24.

Spike Spiegel is back to collect some bounties and kick ass with his 2 co-cowboys. The trailer was released in the last week of October and it was enough to know that the series will never stop being exciting and interesting. The cast of the show, including John Cho, Daniella Pineda and Mustafa Shakir, looks quite promising. Luckily, we won’t have to wait much longer to join Spike in his intergalactic quests as the series premieres on Netflix on November 19.

Ever since the announcement of the Toy Story spinoff, fans’ reactions have been quite mixed. Now that the trailer is all over the internet, not only Toy Story fans but everybody wants to know more about the character.

The trailer did its best at hiding the main plot of the movie while also exciting the fans. Keep with us as we experience yet another Pixar masterpiece. The movie will be available in theatres from June 17 next year.

The Scream franchise has risen from the dead after ten long years and the trailer proves that the movie will make up for its absence. Surprisingly, the original cast is going to return, including Courtney Cox, Neve Campbell, and David Arquette. Continuing from where they ended things, the new movie will hit the theatres on January 22, 2022.

Ever since Robert Pattinson was given the reins to the character, fans have been quite raged. However, after the trailer, this rage has turned into joy as they witnessed Pattinson and his vengeful eyes. War of The Planet Of The Apes-director, Matt Reeves, will be directing the movie. The trailer was first released at the DC’s FanDome event and soon, followed by Youtube. The trailer is extraordinary and we can not wait to see it in the theatres from March 4, 2022.

James Gunn’s contract with the DCEU continues after his The Suicide Squad. Many thought that the characters will only be seen as a group but  Gunn had big plans for Peacemaker. Announced right after the movie dropped in the theatres, the Peacemaker series will be about his future in the DCEU while also exploring his torturous past. The series will premiere on HBO Max on January 13, 2022. 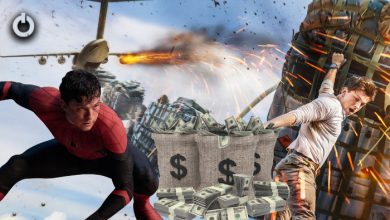 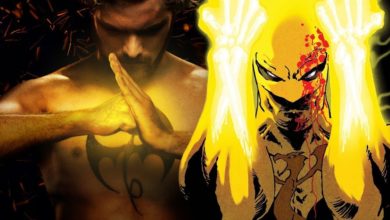 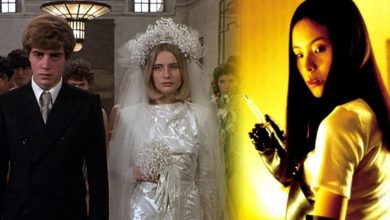