The casting process for Marvel roles is pretty extensive. Several talented actors have portrayed amazing Marvel characters. But many of them have made the jump to DC. Zachary Levi went from Fandral to Shazam. JK Simmons played Commissioner Gordon for a tiny bit. After Heimdall, Idris Elba is playing Bloodsport in The Suicide Squad. Taika Waititi is playing Ratcatcher after Korg. Just like that, we’ve got many other Marvel actors who could play amazing DC roles. So, here are 10 such examples that you might like: 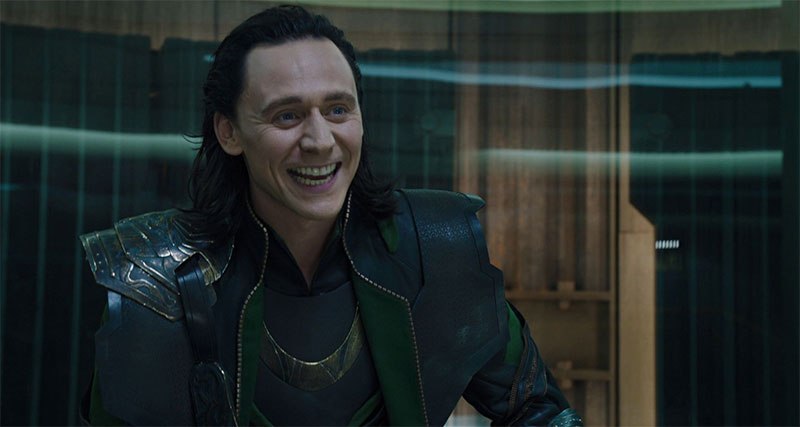 He continues to play one of the best MCU characters. But if he were to switch from Loki to a DC role, then Joker would certainly be a great choice. Just look at this smile and tell me that you don’t see the makings of a great Joker. Maybe when Matt Reeves finally decides to bring a Joker in his Batman trilogy, he could look at Marvel’s God of Mischief! 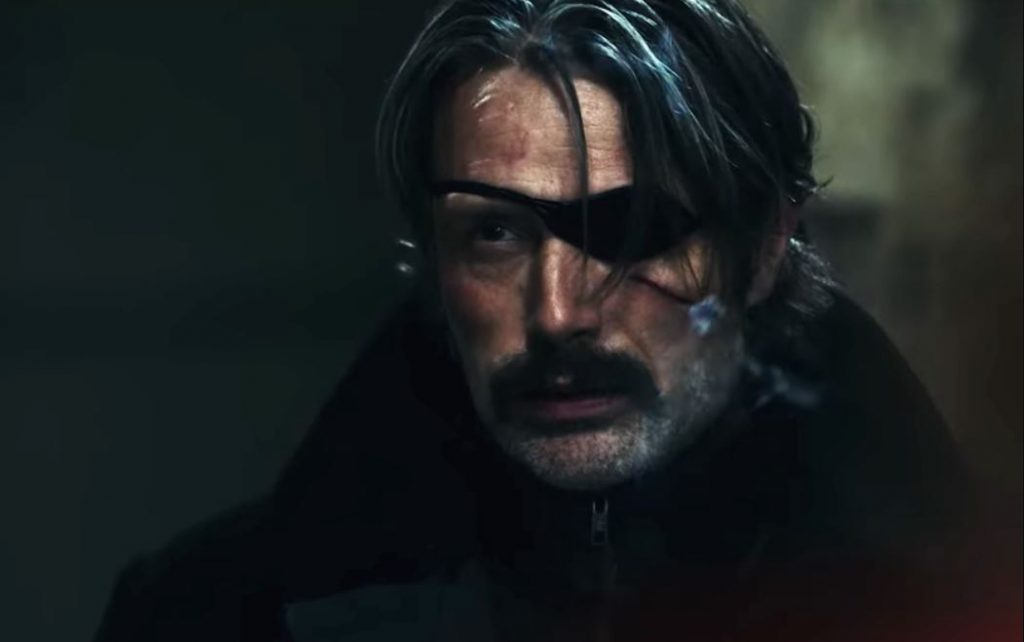 The MCU didn’t really use Mads Mikkelsen to his full potential. He got to play a Marvel villain in the wrong movie. Instead of Kaecilius, he should have got a role like Doctor Doom. But hey, “Who am I to judge?” If Marvel didn’t use his potential, that doesn’t mean DC should commit the same mistake. Joe Manganiello has returned as Deathstroke in Zack Snyder’s Justice League. But so far, there isn’t a future for his Deathstroke in the DCEU. If that is the case, then Mads Mikkelsen could bag the role in the future. Netflix’s Polar showed what a bad-ass Mikkelsen is. And, he also sported an eye patch. So, that could be considered as his audition for Deathstroke. Matt Reeves could definitely look at Mikkelsen for Slade Wilson. If not that, then he should consider the actor for Ra’s Al Ghul! 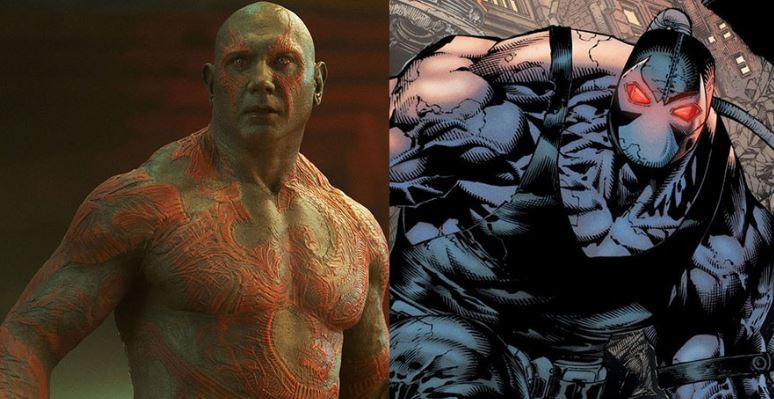 The Drax actor was initially supposed to play Peacemaker in The Suicide Squad. But because of a scheduling conflict, Bautista had to leave the role. Although, he is pretty interested in playing Bane. And once Matt Reeves decides to bring the character into The Batman franchise, he shouldn’t look any further than big Dave! 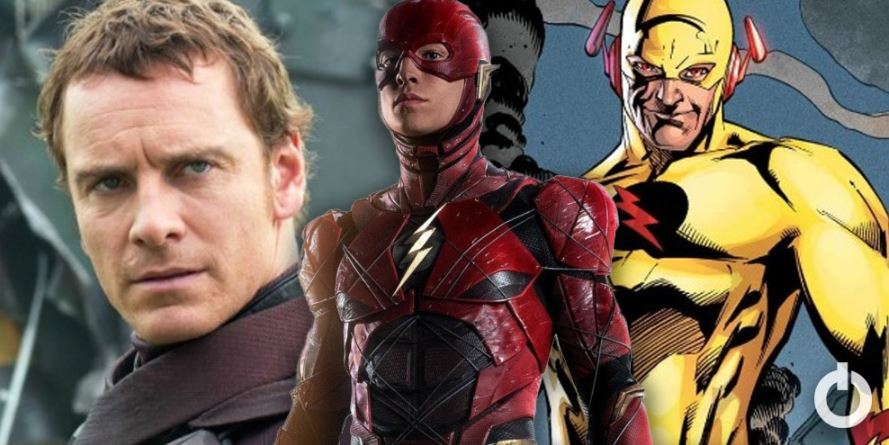 After playing Magneto in Fox’s X-Men universe, it is highly unlikely that he would be chosen for an MCU role. But he could surely be bagged for a DC role. Ezra Miller’s The Flash is supposed to be a Flashpoint movie with a Multiverse twist. It is known that any Flashpoint film would definitely have Reverse Flash as its villain. And, Michael Fassbender could be an amazing choice for the part. I really hope that he has been secretly cast for the part already.

The former Cyclops actor didn’t get to do a lot as Scott Summers. Even his DC role in Superman Returns didn’t pan out well. But I believe that he could play an amazing version of Hal Jordan. So, the upcoming Green Lantern Corps. (whenever it happens) movie should definitely cast him as one of the leads. 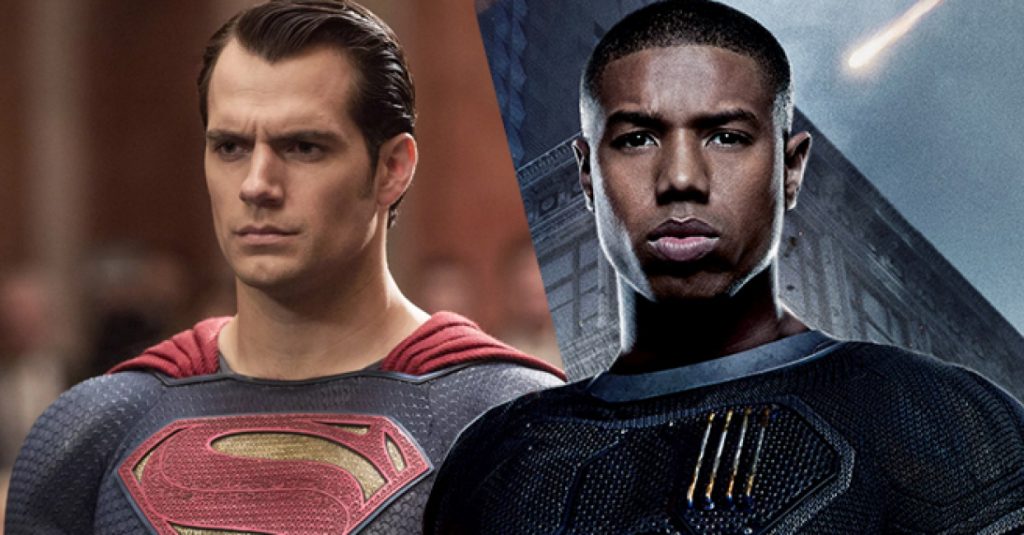 He is among the most devoted actors currently working in the industry. His role as Human Torch might have failed because Fantastic Four didn’t do well, but he totally changed things with his portrayals of Creed and Black Panther’s Erik Killmonger. After that, he was pretty interested in making a Superman movie. But Warner Bros. couldn’t commit to the project back then. Now that they’ve brought JJ Abrams in to possibly direct a Superman movie, Jordan could be the new Sups. 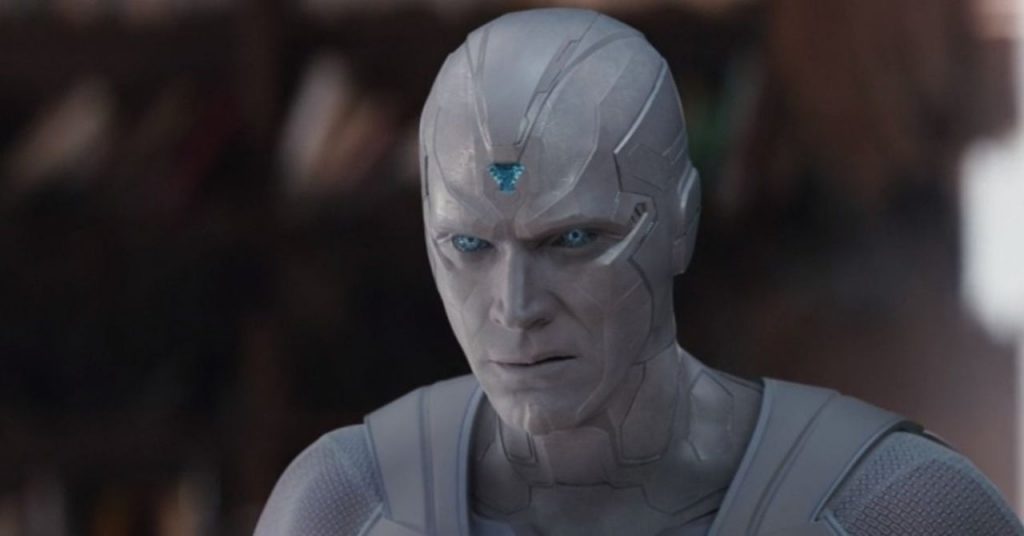 We loved him as the voice of JARVIS. That role transitioned into Vision, and we’re loving every bit of his portrayal. Having seen him as Vision for over 5 years now, we’re certain that he could pull off an amazing version of Brainiac as well. So, whoever takes on the Man of Steel sequel or the Superman reboot should definitely look at Paul Bettany for Brainiac. 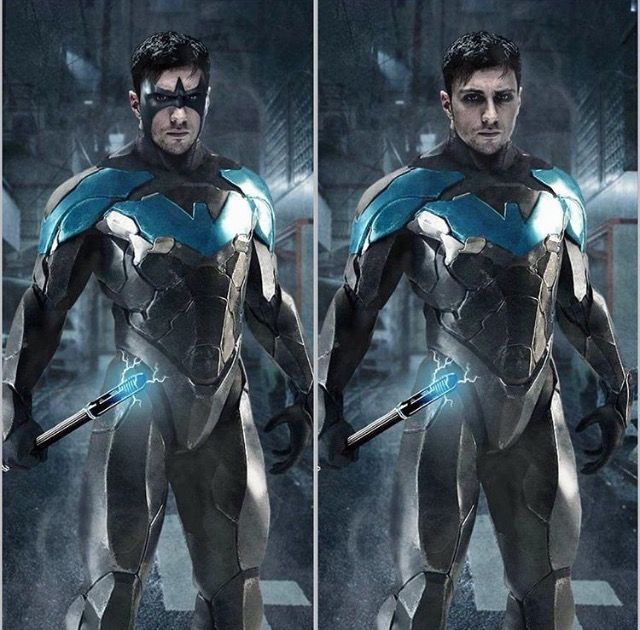 He made his MCU debut as Quicksilver but was killed off in his very first movie. Even now when WandaVision could have brought him back, the MCU went for the Evan Peters version of the character. So, Johnson is totally free to play another superhero. And I’d say that DC should lock him in for Nightwing. Chris McKay is supposedly working on a Nightwing solo movie. So, he could bring in Aaron Taylor-Johnson for Dick Grayson. 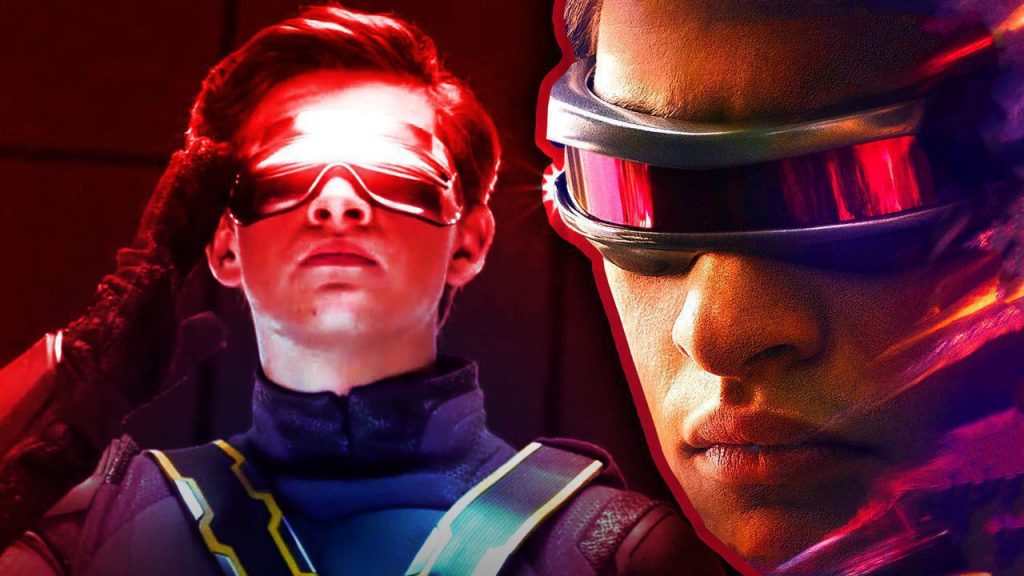 Here’s another Cyclops actor who wasn’t done justice with. Fox just couldn’t handle Cyclops. Not only did they waste the character, but they also wasted two perfectly great actors playing the part. Tye Sheridan was just brilliant in Ready Player One. And I believe that he would be a great choice for Terry McGinnis in DC’s Batman Beyond movie. 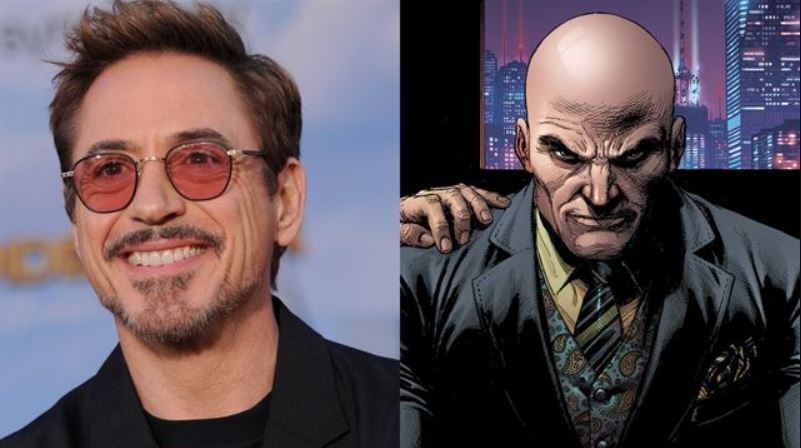 Almost a decade ago, director McG was trying to bring Robert Downey Jr. in as Lex Luthor. But his Superman movie was canceled. Although, the idea of RDJ playing Lex Luthor is not bad at all. He is a great actor who could totally own any character he plays (except Dolittle maybe!). Now that he is done with the MCU, it is the perfect time for him to join a DC movie. Just like Joker, WB could come up with a solo Lex Luthor movie with Downey as the lead.

What do you think about these Marvel actors playing roles in DC films? Let us know in the comments section. 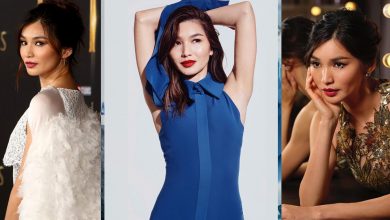 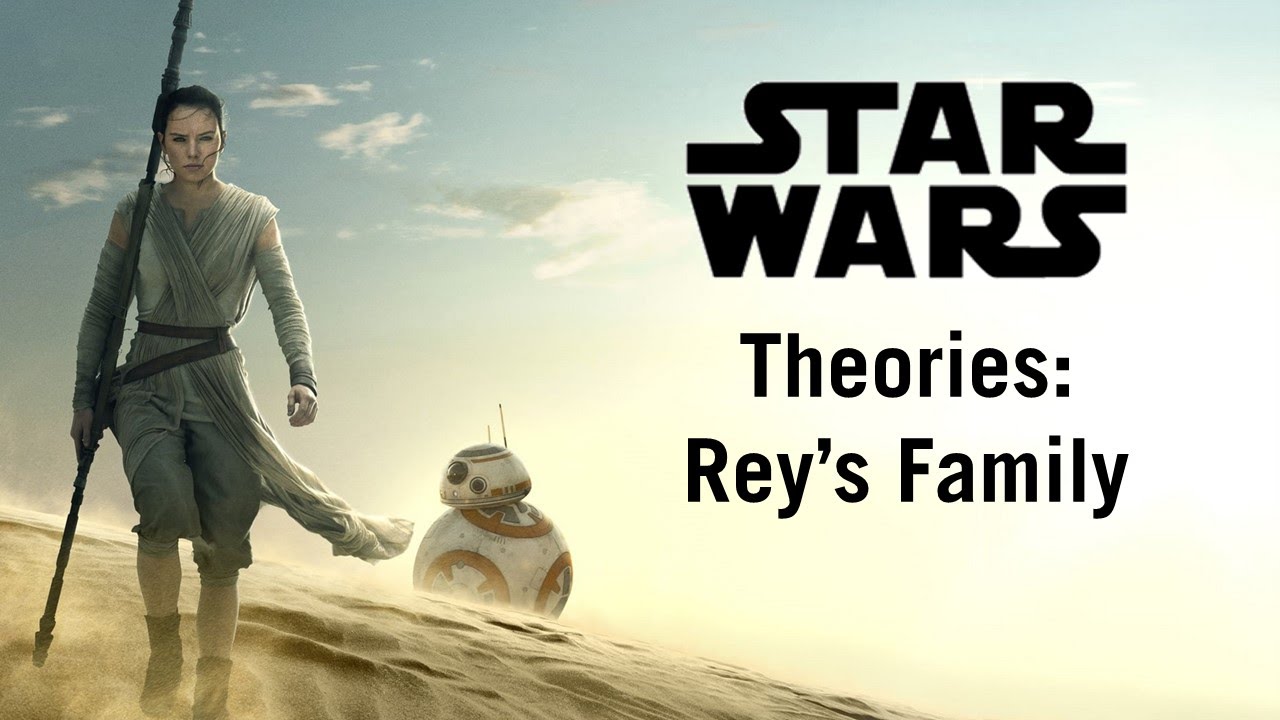