Over the years, the film industry has seen a massive upgrade in technology. This brings us to the CGI techniques that have left the world gaping in awe. Truly, it’s amazing and can add the gravitas that the scene needs. But there are movies and scenes where no CGI was used and the scenes were still pretty badass. So let’s talk about these scenes. Here some instances where the movie creators did not use CGI:

Tom Cruise is best known for his mind-boggling action sequences. Take the infamous opening sequence of the fifth flick, wherein an aging Cruise hops onto the side of a taxi-ing Airbus as it takes off from a runway. Much was made of the incredible scene, less because it was territory never traveled by another action flick but more because Cruise himself actually did the stunt. Tom Cruise is indeed a sucker for kicks in his life. Tom Cruise is Hollywood’s greatest adrenaline junkie.

The belated sequel to 1981’s gritty Escape to New York, Escape to L.A didn’t make its way to multiplexes until a whopping sixteen years after the original film was released, leaving the star at its center, Kurt Russell’s tough-as-nails Snake Plissken, a little longer in the tooth than anticipated by the time shooting rolled around. Russell was nonetheless game for the film and practiced basketball obsessively between takes in order to nail the famous “Basketball to the death” sequence. Unlike the producer’s insistence that the film makes it to the screen, Russell’s persistence paid off, with the actor managing to nail an undeniably impressive full-court shot during the scene. 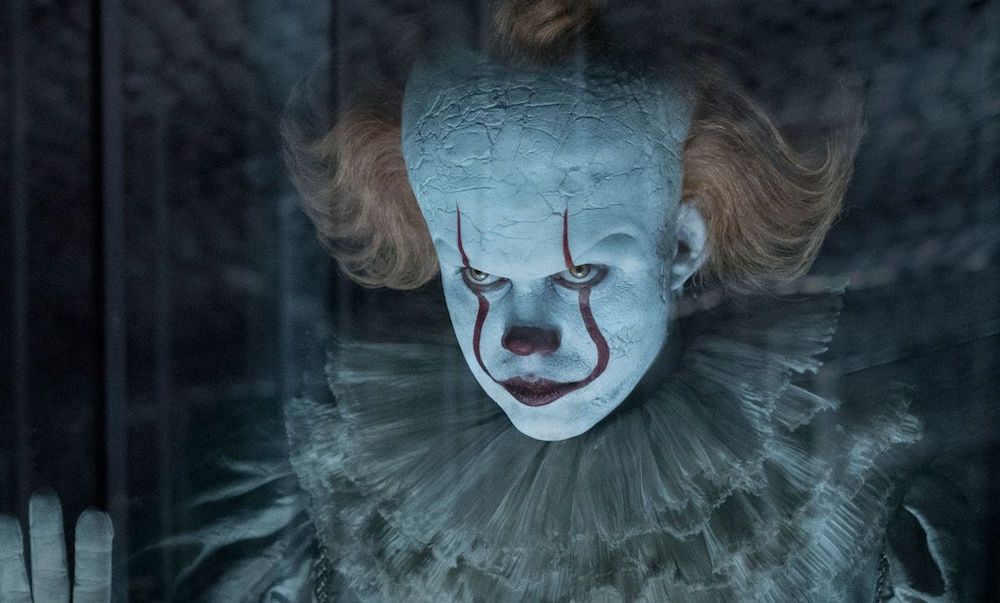 Stephen King’s It opened to both a record-breaking box office performance and stellar reviews in 2017, and it’s not hard to see why. The iconic horror author’s most ambitious single-volume text (we said single volume, calm down Dark Tower nerds) was translated into a nostalgic, endearing horror-comedy that managed to be terrifying, hilarious, and heart-warming in turn, proving the genre could have major mainstream appeal. Also returning for part two was Bill Skarsgard’s villainous Pennywise. The actor is uniquely unsettling in the demanding role, and his funnyman co-star Bill Hader had a candid chat with him behind the scenes of the flick about what effects were used to fake Pennywise’s creepy drifting-eyed smile. Leading Skarsgard, in full costume, to demonstrate that there was no CGI required, scaring Hader senseless in the process.

The first film in the long-running, currently on hiatus franchise is darker and nastier than its stream of sequels imply and that many viewers remember and it’s full of unforgettable images which even the most hardened horror viewer will still recall vividly. Johnny Depp impresses in a very early role he nabbed from under the nose of both Brad Pitt and John Cusack, but his performance is best remembered for the shockingly gruesome sight of him being pulled inside his bed by Freddy – only for a massive geyser of blood to erupt out afterward. Limited as CGI was at the time, it’s hard to imagine the scene not requiring at least some form of digital trickery. However, the reality is weirder than expected – the effect was achieved by building a set of Glen’s bedroom, then flipping the entire thing, meaning the torrent of blood is, in reality, falling to the floor rather than the roof.

Spider-Man manages to use CGI relatively sparingly given both its impressive budget and the source material’s sci-fi high concept, as shown in an early scene which contemporary viewers would be shocked to learn didn’t require digital assistance.

When Tobey Maguire’s titular high school nerd/ radioactive spider bite victim Peter Parker begins to feel the transformative effect of the aforementioned bug bite, he impresses soon-to-be love interest, Mary Jane, by catching her entire lunch on its tray after she slips and sends it flying. The smooth display is evidence of Parker’s superhuman agility, but in reality, it’s the actor himself holding that tray – it just took 156 takes to get it right. Keep a close eye on Maguire’s face the next time you see the scene.

Hocus Pocus – Those Were Real Moths In Billy’s Mouth

Character actor and Guillermo del Toro’s favorite Doug Jones is amongst the most committed thespians working in genre fare and long since deserves the long-awaited plaudits he’s now receiving. The actor excels in High School Musical helmer and occasional Gilmore Girls director Kenny Ortega’s Halloween classic Hocus Pocus, where he plays the beleaguered and surprisingly friendly zombified husband of Better Midler’s villainous witch. The script called for Billy to open his mouth for the first time in over a century, leaving a few stray moths to flutter out before he speaks—and Jones actually committed to the bit, holding live moths inside his pursed mouth in order to get the perfect take. 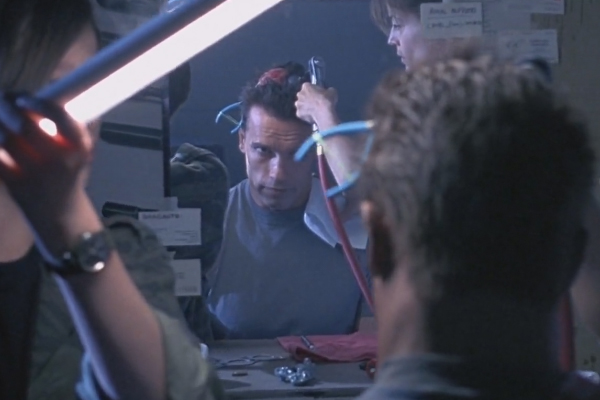 The Spawning director James Cameron (he may want to forget, but we’re never letting him), who seems to have never seen a CGI effect he didn’t love. Whether it’s The Abyss, Titanic itself, or his most infamous offering Avatar, Cameron’s later career has essentially become an advertisement for the effectiveness of modern CGI technology, and so it’s unusual to hear that Terminator 2 Judgement Day didn’t use the then-nascent technique as much as audiences could reasonably expect. In a scene that never made it to the film’s final cut, Sarah Connor pops open Arnie’s skull to reboot his CPU, a procedure that involves dipping a hand into a hole in his head. The mirror that Arnie is sitting in front of is actually a window, with him and Hamilton playing out the scene a few feet away while, in the foreground, Linda Hamilton’s identical twin sister mirrors her every move as she digs around inside a fake Arnie head. 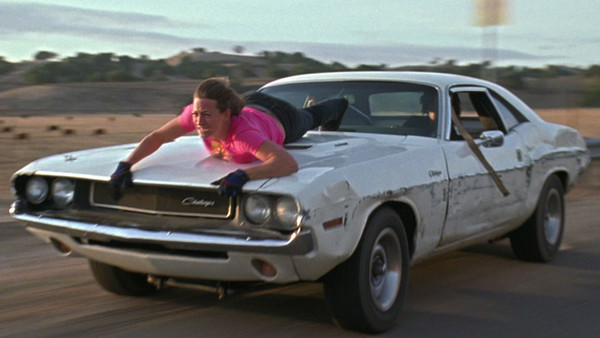 In Tarantino’s least favorite of his own flicks, 2007’s sort-of-slasher/ half of the Grindhouse double feature Death Proof, the storied stunt performer plays herself as one of a group of young women stalked and pursued by Kurt Russell’s psychotic driver/ homicidal maniac Stuntman Mike. The film meanders its slow and shaggy way to a suddenly very exciting climax wherein Bell and her mates mete out violent revenge on Mike after an impressive car chase, but it’s the earlier sequence where Mike almost kills Bell that really impresses. Bell is playing Shipman’s Mast, a game which involves clinging to the bonnet of a moving car (in this case a Dodge Challenger) when Mike begins slamming his own Charger into the vehicle’s side, with each impact threatening to throw her onto the asphalt or worse, beneath either car’s speeding wheels. It’s an unbearably tense sequence made far more effective by the reality that yes, it’s CGI-unassisted—that’s actually Bell taking her life in her hands for the scene, a fact that various wide shots revel in.

Batman Returns – That Bird Is Actually In Michelle Pfeiffer’s Mouth 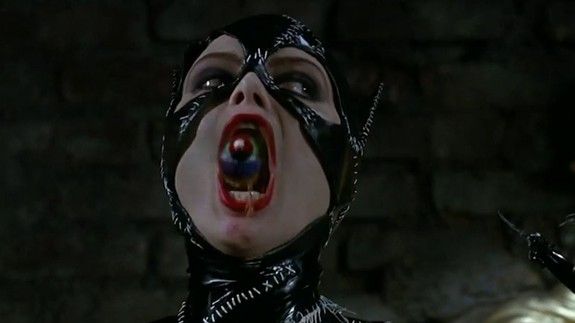 Stitched into skin-tight PVC Pfeiffer manages to offer a performance that is sultry, sexy, and scary by turns, and remains the most memorable aspect of an already impressive flick. No one could doubt the actor’s commitment to the role either, with Pfeiffer going above and beyond what was required of her to play the volatile Selina Kyle. During her meeting with Danny DeVito’s diminutive baddie the Penguin, Pfeiffer actually put a live bird in her mouth, holding it there for a considerably long take before letting it go free. The actress has since admitted she should probably have been worried about disease, but by the time cooler heads had a chance to prevail the moment had already been captured onscreen for all time, offering an impressive bar for any potential Catwomen to clear. 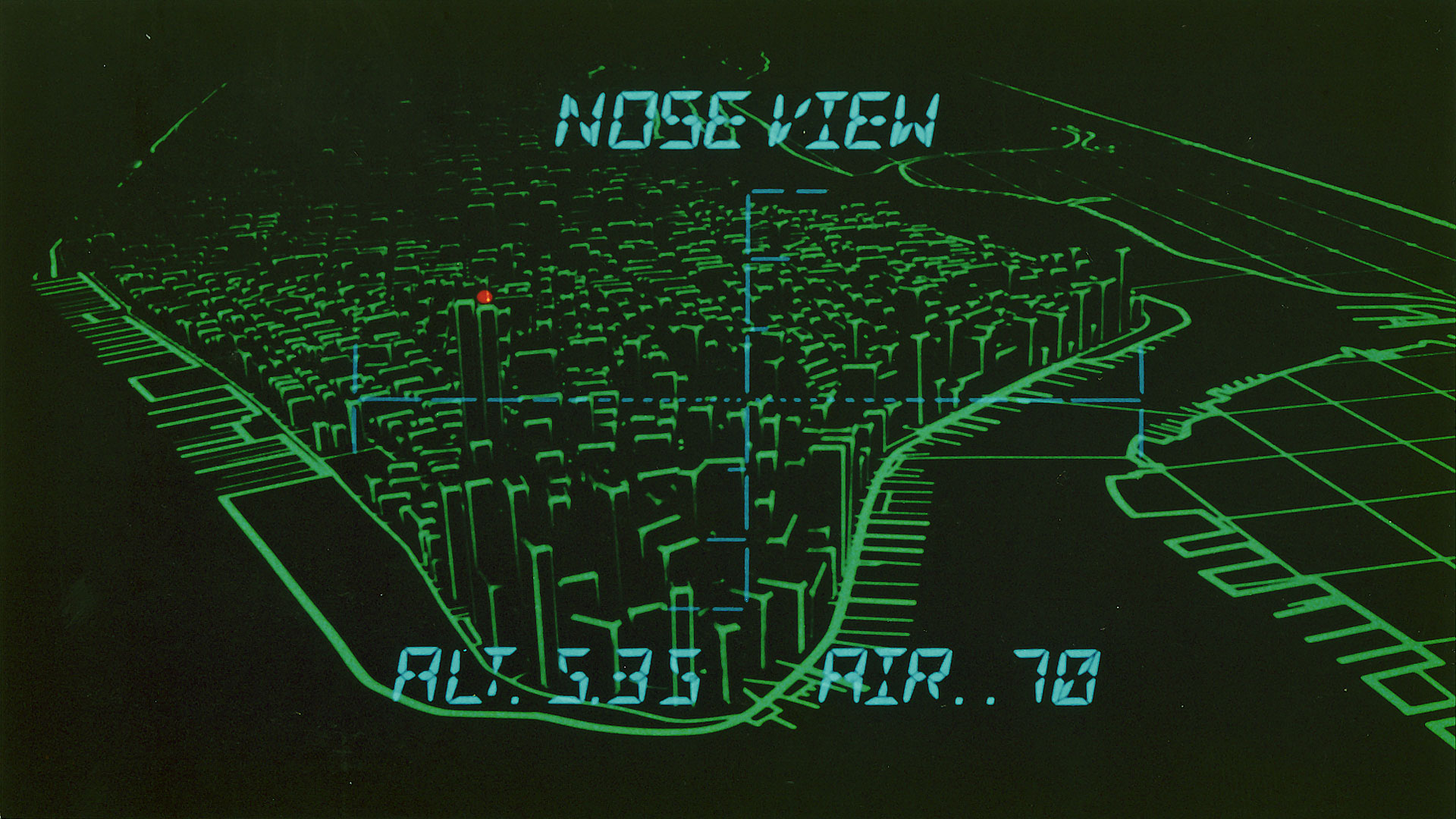 Practical effects still reigned supreme circa the early eighties, with the legendary likes of Rob Bottin and Rick Baker battling it out to offer the most impressive werewolf transformation the screen had ever seen using only the application of makeup and latex. In this context, it only fell on computers to supply basic imagery like, say, the aerial view of New York which appears on the screen of Snake Plissken’s onboard computer. There was just one problem with that, though. As simplistic as a CGI-model of New York may seem now, in 1980 it would have cut a chunk out of Carpenter’s budget to magic one up. They Paint an existing scale model of the city black and frame each building with neon green tape, then film it from above, thus building an actual miniature view of New York to stand in for the computer-generated one the plot required. 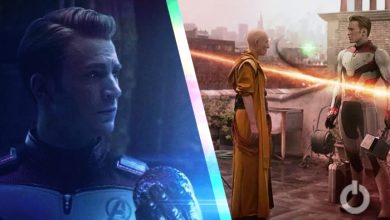 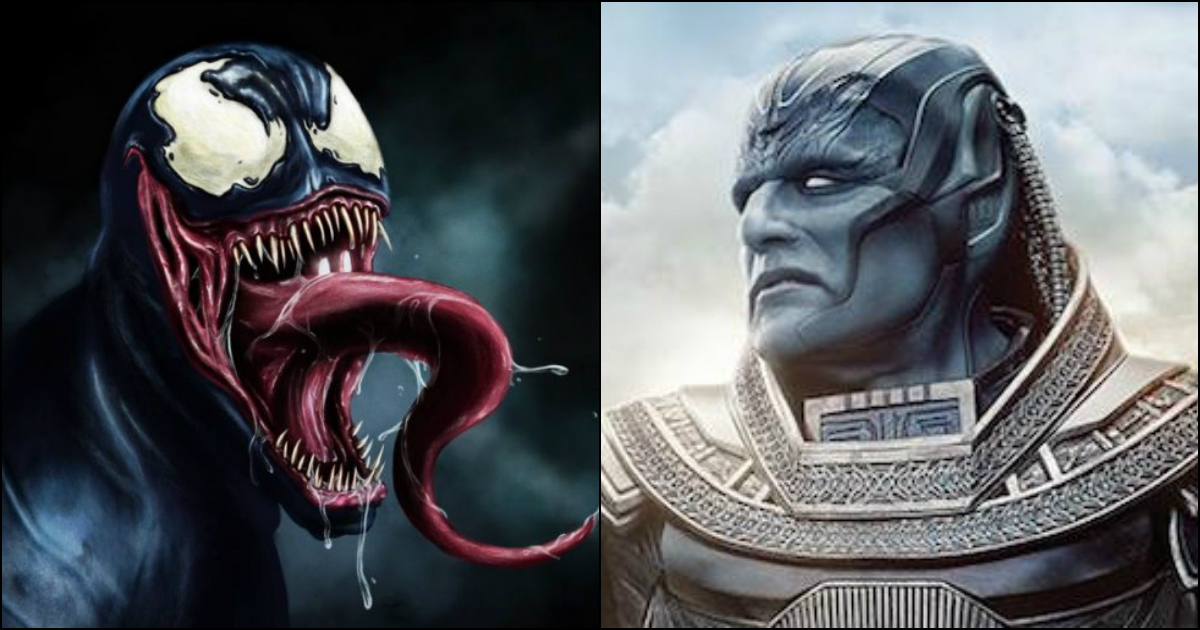